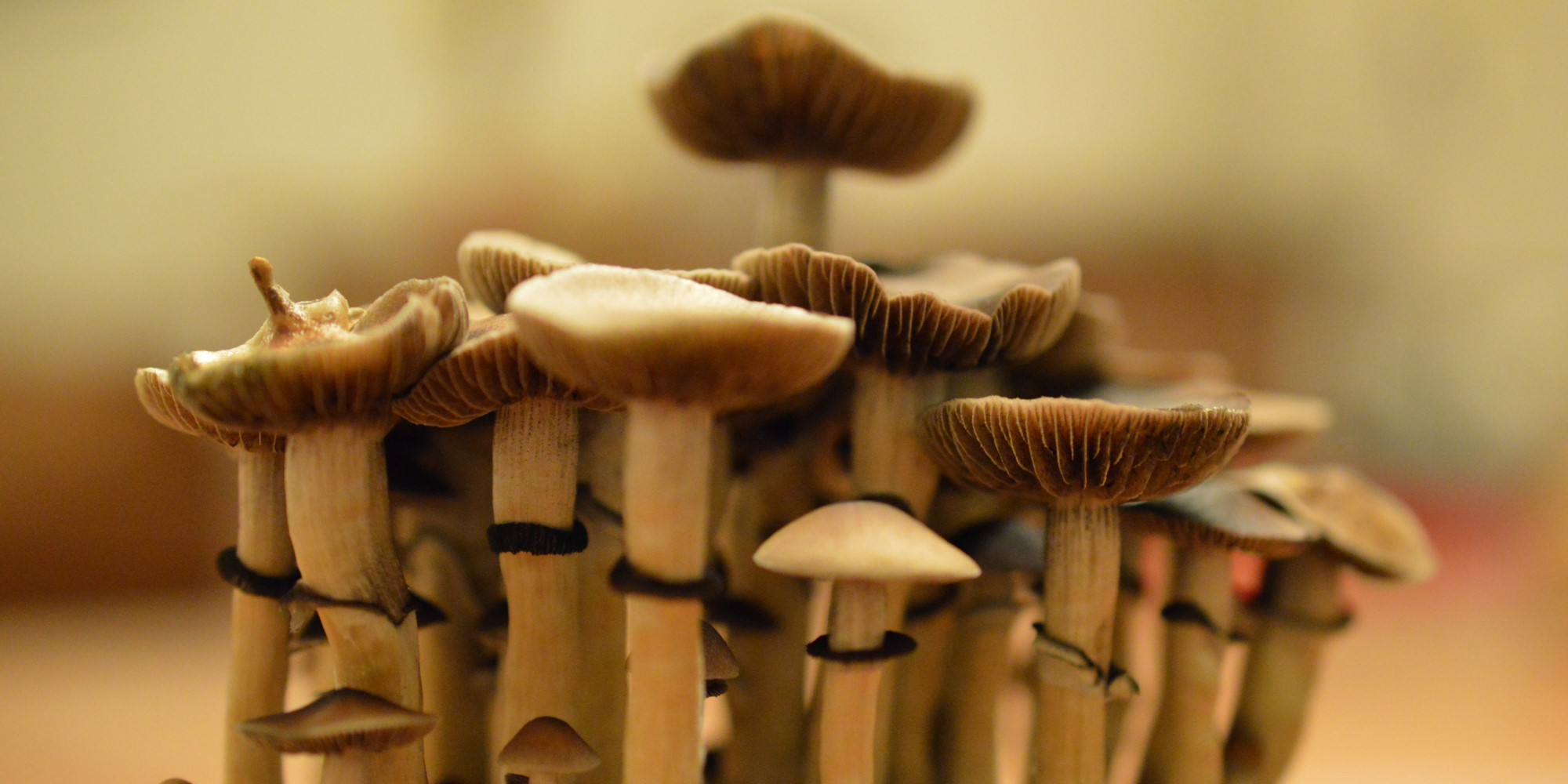 In February 2018, Laurie Brooks was told she had six months to a year to live. After the prognosis, she started each morning under a cloud of anxiety, grief, and anger. At night, she struggled to sleep, ruminating on distressing thoughts: Will I live long enough to see my son get married? Will I miss out on becoming a grandma? Even on days something good happened, she wondered: Is this the last time?

Then a trauma therapist friend introduced Brooks to magic mushrooms. Psilocybin, the active compound in the mushrooms, binds to receptors for the neurotransmitter serotonin, stimulating the areas of the brain that control reflection, imagination, and introspection. Within ten minutes, Brooks felt relief from the weight of her incurable cancer. The stress and depression had lifted. But psilocybin is illegal in Canada under the Controlled Drugs and Substances Act—and has been since 1974.

Magic mushrooms can be eaten raw or cooked, drunk as tea or in juice, or ground to powder and snorted. When used in larger, recreational quantities, they can produce a euphoric and psychedelic effect. Excessive quantities—depending on the user’s tolerance—can lead to auditory and visual hallucinations and produce an uncomfortable high or “bad trip.” But microdoses can result in feelings of relief, relaxation, light-heartedness, and serenity.

Ten months after eating a dose of dried mushrooms mixed with honey, Brooks, who lives in Abbotsford, discovered TheraPsil, a Victoria-based nonprofit that advocates for the use of psilocybin by palliative patients. Founded by psychotherapist Bruce Tobin, the group helped Brooks petition Health Canada for an exemption to the law that prohibits the possession and use of psilocybin for non-research purposes.

Tobin says there are at least several thousand new palliative care cancer patients across Canada each year who do not respond well to conventional treatment and could benefit from compassionate psilocybin treatment to relieve end-of-life distress.

A five-year study conducted by New York University’s medical school, in which 29 cancer patients received a single dose of psilocybin or a placebo and nine psychotherapy sessions, found that psilocybin “decreased cancer-related existential distress, increased spiritual wellbeing and quality of life, and was associated with improved attitudes towards death.” The study also found that more than half a year after treatment “approximately 60–80% of participants continued with clinically significant reductions in depression or anxiety.”

On August 4, 100 days after submitting the petition, Brooks became one of four Canadians to receive approval from Minister of Health Patty Hajdu to treat end-of-life anxiety with psilocybin.

Psychedelics like mushrooms are increasingly used as a tool in psychotherapy. “‘Cognitive reframing’ is a common strategy in traditional psychotherapy, and psychedelics may provide a means for kick-starting the reframing process,” research scientist Nick Jikomes, then a PhD candidate in neuroscience at Harvard University, wrote in a 2015 SITNBoston blog post.

During her trip, Brooks says she reframed her diagnosis through visualization. “I now see my cancer in a box on the floor beside me instead of hovering over me,” she told The Capital. “I have to open that box from time to time, and sometimes it comes out on its own, but I'm able to manage it.”

Following surgeries in May and July, Brooks learned that she was in remission. Though she hasn’t felt compelled to take psilocybin since her first dose, she is grateful for the exemption. “I applied to help pave the way for other people,” she said. “And, if I ever want to use it again, I want to be able to do it legally and without my friend risking his licence.”

The Capital Daily newsletter is a summary of all the news and events happening in Victoria, in your inbox every morning.
Subscribe Today
[email protected]
Related Coverage