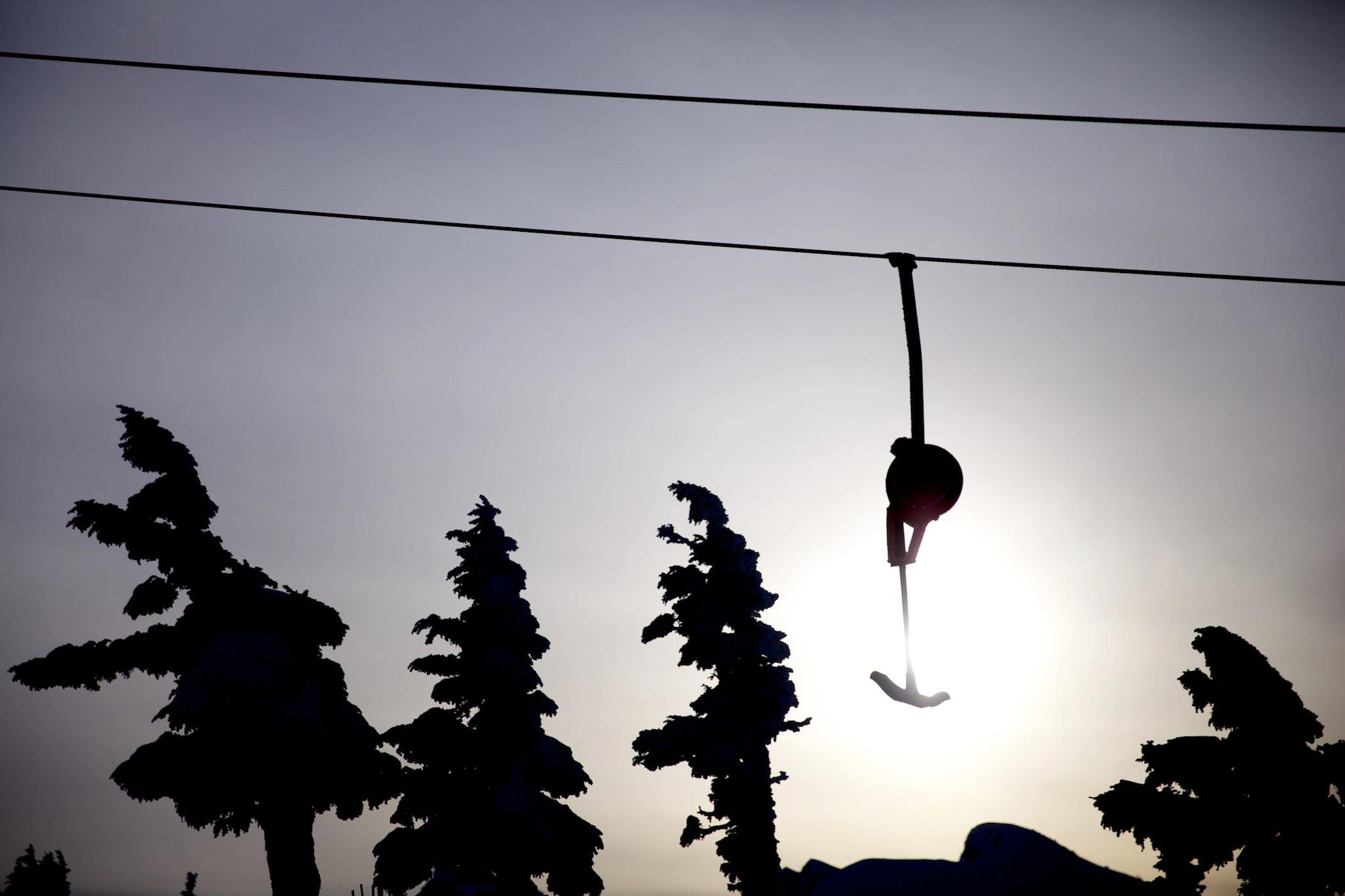 Mount Cain, a ski resort nestled in the interior of northern Vancouver Island, six-hours’ drive north of Victoria, is the size of “two tee-bars and a rope tow,” explained ski patroller and former president of the Mount Cain Alpine Park Society, Neil Borecky.

In February, when COVID-19 was still a murmur, Matchstick Productions ascended Mt. Cain with two cameramen, a drone, and a still photographer to capture the appeal of the tiny resort. The company is better known for epic productions set on soaring mountains, but the resulting film, Frozen in Time, is a 15-minute celebration of community. Shot over 10 days at the hill, the film features the quirky characters who keep it running (around 50 of them do everything from ski patrol to repairing diesel engines on a volunteer basis) interspersed with aerial shots of world-class skiers shredding the backcountry terrain.

“The whole vibe of the place is simply something the major corporate ski areas will always lack,” producer Scott Gaffney told Capital Daily. “Just being at a place like Cain creates a longing for simpler times.”

Described in the film by volunteer Kathy Kutzer Sinclair as a “30-year time warp,” Mt. Cain’s equipment and infrastructure is dated and no-frills.  The value lies in the community that keeps it running despite new restrictions and a reduced season.

During the latest round of COVID-19 restrictions, skiers have been asked not to venture beyond their own community hills. For Mount Cain, that limits the potential visitorship to people in places like Port McNeil, Sayward and Woss. That's a small fraction of their usual patronage, which usually extends the length of Vancouver Island and beyond.

The mountain has not yet opened — its usual opening date is usually in late December, snow depending — but it had to close early last season and is already planning to curtail this season’s activities as well for safety.

“Due to COVID we’ve been forced to cancel Magic Mondays and school excursions,” said Borecky “School groups from Coal Harbour, Port Alice, Gold River would have a day skiing here. For most, it was their first time.” The ‘magic’ holds double meaning: the heavy fall on a Sunday night resulting in a good run on Monday, and Mt. Cain being many people's entry into the world of winter sports.

Borecky describes taking a young skier up the mountain for his first run, “He took two turns and all the way down he screamed: I’m skiing!”

The same childlike fun comes through in the film. Whereas the skiers would normally spend their screen time exclusively dropping off jaw-dropping cliffs, they took this opportunity to play inbounds, too, cackling as they bombed between the ski lift structures and cheering on kids as they braved  jumps as big as themselves.

“Cain really reminded me of the small ski hill I grew up at back east,” said Gaffney. “There’s no substitute for the feel of community and the focus on the skiing experience.”

Mount Cain also has a spot in the new Matchstick feature film, Huck Yeah! The documentary, Frozen in Time, has its world premiere this week at the Vancouver International Mountain Film Festival. It runs online until Sunday, Nov. 29.