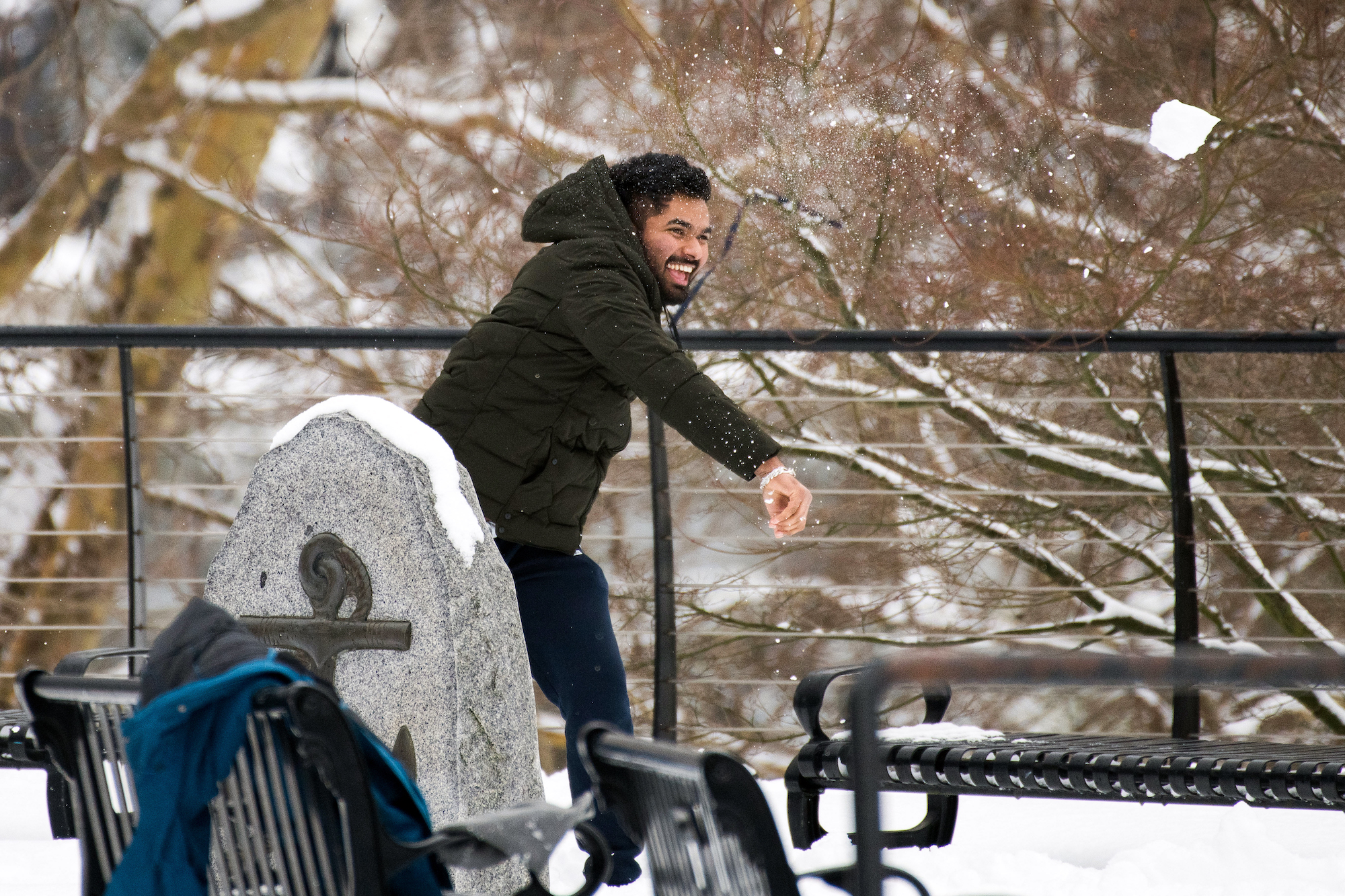 Snow sticks to Victoria's roads and sidewalks maybe once every year, and rarer still is the occurrence of a deep snowfall on a weekend. Victorians took full advantage, with impromptu sliding sessions, cross-country ski journeys, snowball fights and snowmen popping up across the city. Photographer James MacDonald and Capital Daily's managing editor Jimmy Thomson set out on opposite sides of town to capture some of the day's magic—one by foot and one by air.

Some commuters braved the snowy roads, many of which were impassable for much of the day, despite Victoria police urging people to avoid nonessential travel. Police responded to "multiple" car accidents, though they say no major injuries were reported.

Snow sliding sites popped up anywhere there were hills, with everything from garbage can lids to downhill skis put to use. An admirable number of toboggans were spotted as well, given the city's rare showing for snow.

Quiet streets, blanketed in snow, remained so for much of the day as the city's few snowplows and salting trucks focused on keeping major arteries moving—an impressive feat given that the snow carried on through most of the day.

The waterfront was transformed in the snow, with the water in the harbour filling with slush.

As the snow melted throughout the day it became ideal material for building snowmen, snow forts and packing snowballs.

Ambitious skiers squeezed every opportunity to explore the slopes within the city, perhaps starved of opportunities given the restrictions on travel to the mainland and, formerly, up Island as well.

On the seaside clouds rolled by throughout the day, dumping fresh layers of snow at different points.

Not everyone had the day off; sidewalks still had to be cleared and many businesses operated as normal while others declared a snow day.

The heavy snow proved a hassle even aboard boats moored in the inner harbour.

For some, however, the heaviness of the snow offered a perfect opportunity for an ambush.

February is often a time of greening and early blooming across the city, but the snow may have provided a bit of a setback to that progress.

The Oak Bay golf course was a busy place for dog walkers and sliders making use of the empty course.