Fisheries minister renews BC salmon farming licences, maintains phase-out plans
Homelessness
News
Based on facts either observed and verified firsthand by the reporter, or reported and verified from knowledgeable sources.

January 8, 2022
Get the news and events in Victoria, in your inbox every morning.
Thank you! Your submission has been received!
Oops! Something went wrong while submitting the form. 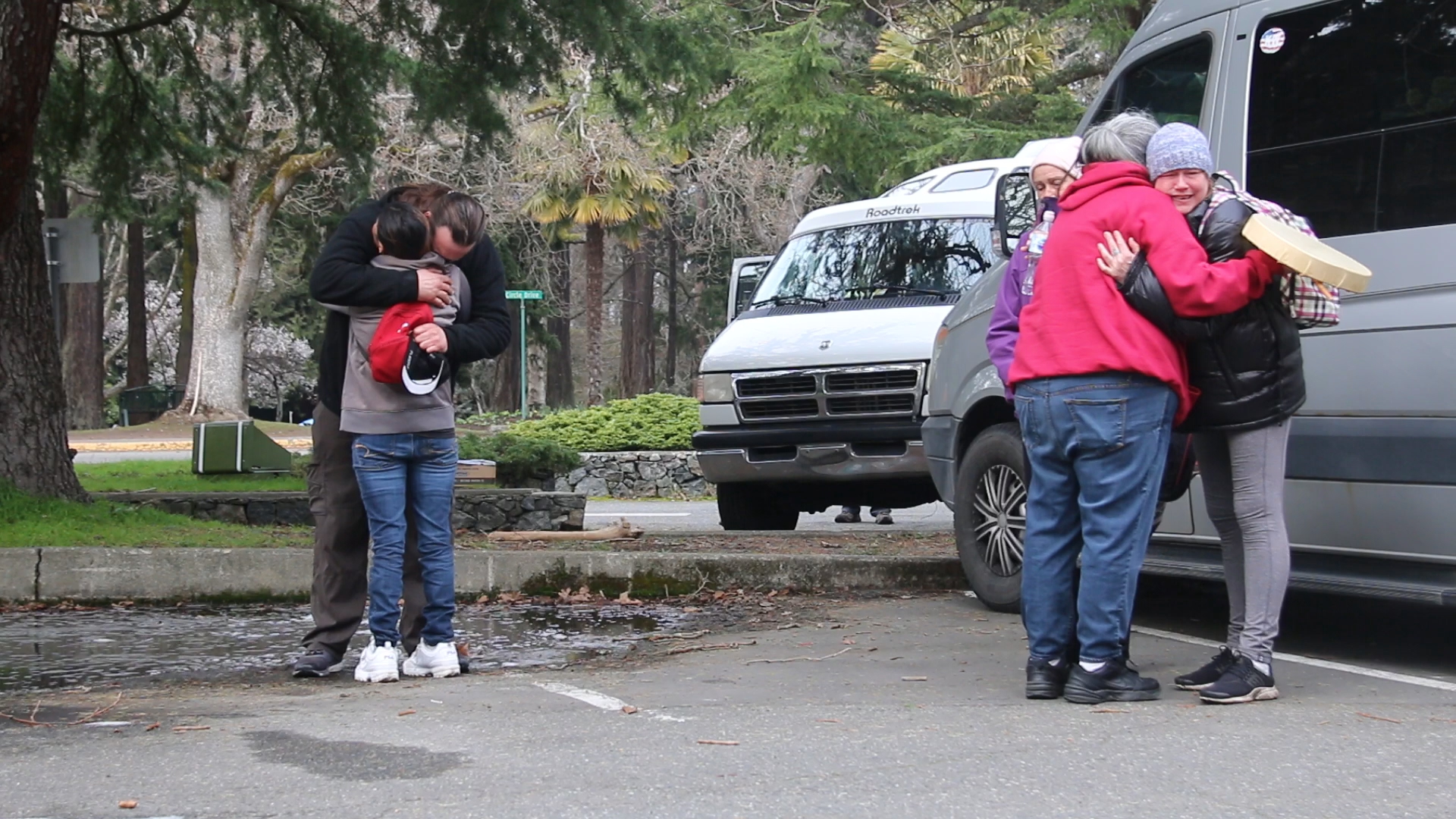 For the past seven months, the complex story of the end of overnight sheltering in Victoria’s parks lived only in the memories of the people who experienced it firsthand and the hours of footage housed on local filmmaker Kendra Crighton’s hard drive.

In that footage lies the stories of the people who once lived in Beacon Hill Park—the lives they lived before becoming unsheltered, the challenges that brought them to the park, and the community they created there. Leading up to the end of all-day sheltering in the park, members of the Existence Project, a nonprofit documentary group, spent months forming relationships with unhoused residents and support workers in the park to document that turbulent time.

On Jan. 20, the Existence Project’s feature film, Moving Day, will premiere at the Vic Theatre to a sold-out crowd.

The “moving day” referred to in the film was the end of 24/7 sheltering in City of Victoria parks. Many members of the unhoused community had relied on parks prior to May 2021 for housing, after the pandemic limited shelter spaces and closed workplaces.

“Our focus [was] on capturing this community that formed when the pandemic hit and how they work through and experience this process of everyone getting housed, leading up to moving day,” said Meera Mathew, the Existence Project’s project manager and assistant director.

People experiencing homelessness in Victoria had been offered temporary housing in shelters across the city by the time 24/7 sheltering was banned—including a new purpose-built tiny home village. However, not all unhoused residents accepted these offers, some due to fear of contracting COVID-19 or because of restrictions around pets and visitors.

Members of the Existence Project were first drawn to Beacon Hill Park in late 2020 in the hopes of hearing the voices of people that they say weren’t being represented in many news reports on the park and Victoria’s unhoused population—those of the people actually living in Beacon Hill Park.

Mathew and Crighton, the director of Moving Day, began visiting the park multiple times a week last winter to begin building relationships with the residents of the park and explain the intent of their project, without any cameras present. Through this, they hoped to create a collaborative—not extractive—process for this project to allow the unhoused residents of Beacon Hill Park to reclaim their voices.

At first, this took shape in several video series shared on the Existence Project’s Youtube page—some which give an intimate look into a single Beacon Hill Park resident’s life story, and others that allow unhoused community members to give their perspective on questions like “What would you do with $2,000?” or “What would you say to a policymaker?”

For all the stories told about Beacon Hill Park during that time, Mathew says the firsthand experiences they witnessed and heard were the most compelling. The crew documented members of the unhoused community and support workers in the park working to ensure people stayed fed, protected, and cared for.

“It was something really special to be a part of,” Mathew said. “Getting to see how incredibly resilient this community became because they had the stability to just be together and build a system between each other … I mean, they saved each other's lives.”

When the Existence Project first started filming in mid-January 2020, the City of Victoria had set a deadline to end all-day sheltering in city parks by March 31, which was extended to May 1 in order to house all those experiencing homelessness.

Early on, Crighton and Mathew could tell this would be an important moment to capture.

“There was a lot of conversation around how people are going to be feeling when they leave this space and move into a new space, and what the dynamic will be like within the community and with new folks that are becoming unhoused in this strange transition time,” Mathew said.

On that basis, they decided to undertake their first feature film, Moving Day, to document this pivotal time for Victoria’s unhoused community.

Members of the Existence Project have stayed in touch with many of the people they got to know through Moving Day, and are looking forward to showing them the film in a private screening this month.

“Looking back on the footage, it just reaffirms the importance of connection and community for people who are struggling,” she said.

Crighton hopes that Moving Day will not only provide Victorians with a more nuanced view of the city they live in, but also present a more complex lens for other cities to view Victoria’s response to the unhoused crisis when developing their own strategies.

“I hope that something that people can take away from this film is the rehumanization of the people that are experiencing [homelessness], and also the understanding of how important a support system is,” Mathew said.

“It’s not just about getting housing, because what kept a lot of these folks safe was this network that they had, and in this community. I think if more of that can be implemented in some of these housing solutions, it would make a huge difference.”

Due to demand, the Existence Project has organized a second screening on Jan. 27 and welcomes community members and organizations to book their own private screenings.