April 30, 2021
Get the news and events in Victoria, in your inbox every morning.
Thank you! Your submission has been received!
Oops! Something went wrong while submitting the form. 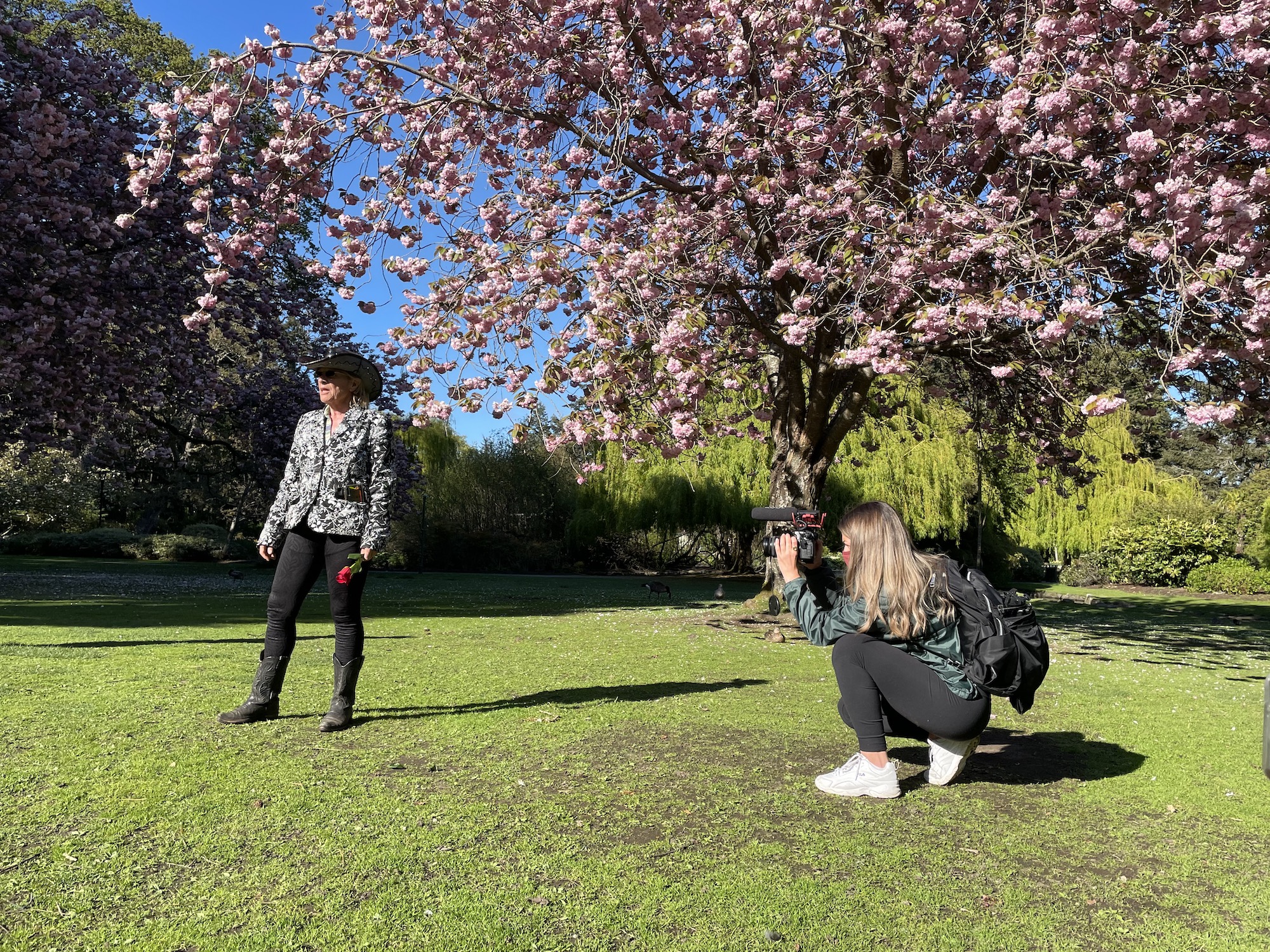 For Donna White, who lives in a van in Beacon Hill Park, telling her story to the small team of filmmakers with the Existence Project brought her a deep sense of relief: for the first time since starting to speak out about her experiences in the park, she says, she actually feels that someone is listening.

“The other media just come in, they take what they want from what you say, and it’s not always the best thing,” she says.

The interviews have brought her not only a sense of calm, but also started the process to help her begin to work through the trauma she’s experienced.

“If you’re hurt, just being able to speak [about] it helps the healing process,” she said.

White also likes to listen in as other members of the unhoused community are interviewed by the Existence Project.

“People are saying how they’re feeling, they’re getting it off their chest—and that makes a big difference.”

For the past five years, the team behind the Existence Project, founded by Marko Curuvija, has worked hard to build relationships with Victoria’s unhoused community and provide a platform for them to share their own stories. Through documentaries and community workshops featuring the voices of those experiencing homelessness, they aim to provide a greater understanding of the realities faced by the city’s most vulnerable.

When they found out last November that sheltering in local parks would be soon coming to an end, the Existence Project’s filmmaker, Kendra Crighton, and project manager, Meera Mathew, knew they wanted to document the lives of those living in Beacon Hill Park during this turbulent time. That winter, they started meeting with people living in the park twice a week—with no cameras present—to build relationships and explain the intent of their project, and how they intended to share the stories.

“I think what's important for our ethics is we're not just extracting a story and capitalizing on that,” said Crighton.

Both women expressed a deep gratitude to the unhoused residents of Beacon Hill Park who have trusted them with their stories over the past few months, particularly given the negative attention that often is displayed by housed Victorians towards the unhoused community.

“I have met the most interesting people I've ever met in my life in this park, truly,” said Mathew.

“Something that I have really grown to love about being able to talk with folks here is understanding that all of these people are unique individuals and are so happy to just connect with somebody.”

The Existence Project’s work has thus far been made possible through grants, but this month, they launched a new Community Builder membership and donation program.

As they work on their longer documentary project, the group has also produced several shorter videos. “Up Close” gives an intimate look into a single Beacon Hill Park resident’s life story, from their childhood to where they are today. In another series, “Ask the Experts,” unhoused community members give their perspective on questions like “What would you do with $2,000?” or “What would you say to a policymaker?”

But as 24/7 sheltering comes to a close this week, Crighton and Mathew have a bigger project in the works—one they call “Moving Day.” This feature-length documentary, created from hundreds of hours of footage of Beacon Hill Park residents leading up to and during the end of 24/7 sheltering, is anticipated to be released late this summer.

“Moving day is about your neighbours, whether you want to acknowledge they're there or not,” said Crighton. “What I would want [viewers] to be feeling is inspired to engage and act. I think the only way that we can come together and try to build a working solution is through collaboration.”

The team has been delighted to see the response to their work so far from housed and unhoused people around the city. Following the release of their videos, people have reached out to offer friendship, support, and opportunities—including a music-recording space—to those who shared their stories.

The most validating moments, however, come when Mathew and Crighton have the opportunities to share their mini-documentaries with the unhoused people featured in them.

After releasing one of the first videos, Mathew said they headed to the park to share it with the man who they’d interviewed, but almost didn’t show it to him because he was having a bad day. However, at his insistence, they gathered with him and his neighbour to watch it.

By the end of the film, she said, his mood had shifted dramatically—everyone was smiling, and he was cracking jokes with his neighbour.

“That was huge for me because it was really the start of this arm of the work that we're doing and it was such proof that this is valuable to everyone that's involved,” Mathew said.

Anthony Bryan has been interacting with the filmmakers since January. He says he feels they’ve given him autonomy over his own story through these documentaries. Although he expressed that he’s a bit nervous for his family to watch “Moving Day,” Bryan said that he appreciates that the Existence Project looks at the bigger picture—not only focusing on “flowers and roses”, or the overdose crisis, suicide, and other dark challenges faced by those living unhoused.

“It’s a more realistic and holistic approach to the media of the unhoused,” Bryan said.

Throughout this project, Mathew hopes to highlight the common ground that many housed people in Victoria might not realize they have with their unhoused neighbors. Almost everyone knows—or is—someone who could easily find themselves in the same situations as those living in Beacon Hill Park, through something as commonplace as the loss of employment or an unexpected medical expense, she said.

“My favorite thing [to] ask someone is if you were to wake up tomorrow and it was a lottery draw where you were in society and who you were, would you be okay with that? Would you feel safe?” Mathew said. “Not a single person that I have asked said yes. Because you know that there are places where you are afraid to go, but there are people in those places now.”

Through this project, Mathew and Crighton say they have learned so much about themselves and their unhoused neighbours—something they hope to pass on to others through the documentaries. A more nuanced understanding of this issue, they hope, will lead to more comprehensive and creative solutions.

“I think one of the biggest things that has come out, especially doing this documentary and focusing on Beacon Hill Park, is there isn't really one type of homeless person living here; each person is so unique,” said Crighton.

Carey Newman is sharing the stories of residential school survivors to anyone with an internet connection
This Sooke bunny rescue has saved more than 500 rabbits
An immigrant built a fortune after fleeing violence. Her charitable fund will pay it forward for decades to come
Local app designer aims to make dating, friendships more accessible for people with disabilities
They’re unrelated and 50 years apart, but these brothers are celebrating 17 years of a ‘life-changing’ relationship
Victoria teen raising $10,000 for nonprofit free boutique for women 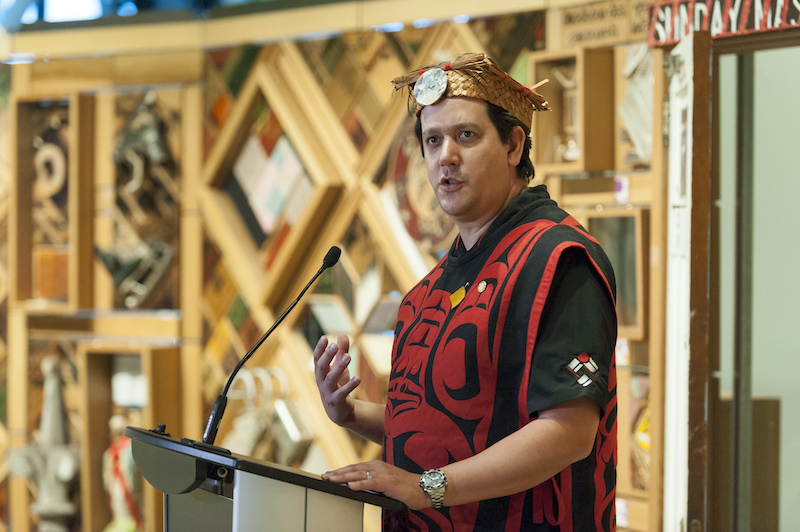