March 18, 2022
Get the news and events in Victoria, in your inbox every morning.
Thank you! Your submission has been received!
Oops! Something went wrong while submitting the form. 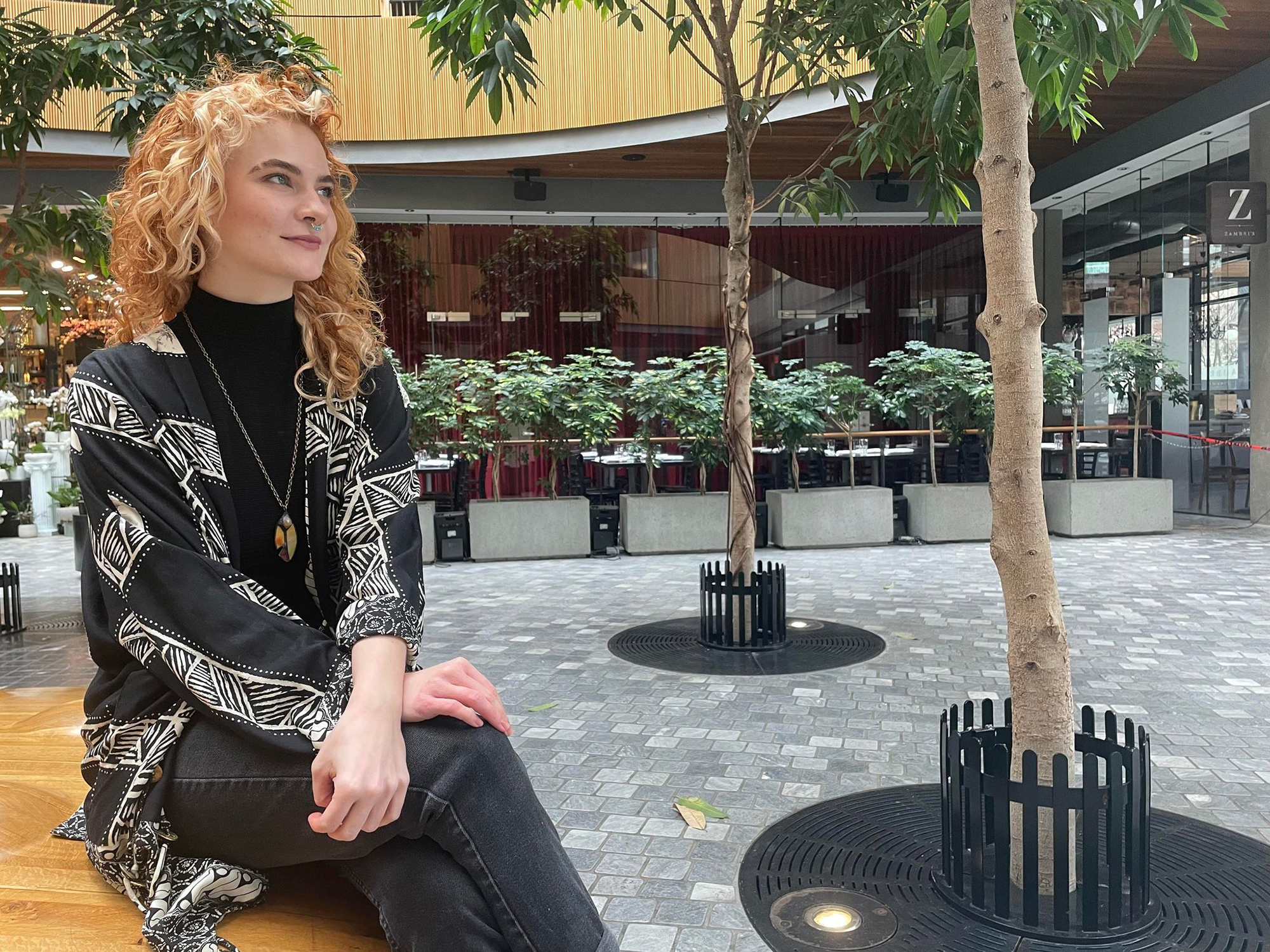 Navigating the complexities of dating—even in pre-pandemic times—has never been easy. But for disabled people, dating comes even with more barriers than for most. From ensuring dates meet their accessibility needs, to worrying about social stigma around their disabilities, there can be a lot to overcome even before meeting up for the first time.

Christie Faye Collins wants to change that. She’s a professional web developer currently at work on NOMI, a dating app specifically geared towards people with disabilities.

“I want this to be a radically inclusive space that anybody who feels that they don't fit into the mainstream app demographic can use,” Faye Collins said. “I want this to be a beautiful community of people, [a place] where people can go and feel like they have a voice.”

Whether people are looking for romantic relationships or friendships, regardless of their gender and sexual orientation, Faye Collins aims to help connect them. While NOMI is geared towards people with disabilities, she does not intend to exclude people from outside the disabled community—particularly as some neurodivergent people or those with disabilities may struggle with labeling themselves as disabled.

As someone with autism, Faye Collins says she didn’t fully realize the lack of mainstream resources for neurodivergent and disabled people to navigate challenges posed in the dating world until she watched Love on the Spectrum, a reality series about young adults with autism navigating their experiences with dating. In one episode, one character described the obstacles she faces meeting people in overstimulating environments and the torrent of questions that can come after she tells potential partners that she is autistic.

“So in that moment I was like, ‘Oh my gosh, there's nothing to fix this for people with autism or people with disabilities in general,” Faye Collins said. “So I decided to create my app geared towards people of all disabilities and neurodivergents.”

She wanted to give her app a name that was short, unique, and fun to say—ultimately deciding to name it after the character Nomi from her favourite television show, Sense8.

“She is a brilliant tech geek and self-proclaimed ‘hacktivist’ who happens to be a trans woman, so it felt right to name my app which I'm striving to make a safer space for all LGBTQIA2S+ folks after Nomi,”  Faye Collins said. “It also just so happens to sound like ‘know me’ which is very fitting for an app that connects people with one another.”

In looking into other existing apps, Faye Collins did find some with a similar approach to her idea, but none that were mainstream or widely used enough to address this issue locally. So she got to work designing NOMI and reaching out to people and organizations in the disabled community on Vancouver Island and the Lower Mainland, where she aims to launch the app first.

Charlotte Secheresse from the Burnaby Association for Community Inclusion has been running a low-tech version of this app, called the Dating Project, for a small group of people on the Lower Mainland. At any time, her group has about 25-30 dating profiles on PDFs to personally comb through and match.

This method of matchmaking, she says, is time-consuming and doesn’t provide the same level of personal choice as a standard Tinder-style dating app that makes matches based on mutual interest in one another. However, it does prevent people with disabilities from being catfished or otherwise scammed.

When she heard of NOMI, she didn’t hesitate to reach out, excited at the prospect of having accessible avenues for dating enter the 21st century.

“I’m hoping that this will allow people to have a true choice of who they want to date,” Secheresse said. “And also have more than a couple of options.”

Faye Collins first started designing the concept for NOMI a year ago, but decided in February to start focusing her efforts full-time into developing it.

She reached out to disability organizations and asked for feedback from the community through social media platforms, including Reddit, to get a feel of the potential local interest in this app. Resoundingly, she received messages of encouragement and support, including suggestions on how to best shape the app to meet the needs of the community.

“This is something that there's a need for. All of the feedback I've gotten is so positive,” Faye Collins said.

Creating the app itself is no small feat. Currently, Faye Collins is consulting with members of the disabled community and groups like the Burnaby Association for Community Inclusion on how to best shape this app to fit the needs of the community. She’s also developing a mock-up of the app to pitch to potential investors, as well as figuring out the safety features and guidelines to protect users.

“Especially when creating something for a vulnerable community, there is the question of safety,” she said. “I think that's going to be the biggest thing that I'm going to need to consult with a lot of people on: how to do that delicately.”

Through the website, Faye Collins is also building up a community of subscribers so she can demonstrate the level of interest to investors. After people subscribe, they’re asked to complete a quick survey which asks them questions about how they identify, what kind of relationship they would look for through NOMI, and what features they enjoyed or disliked from dating apps in the past.

Since beginning her outreach campaign, the website has attracted 150 subscribers and Faye Collins has received many emails from people offering support and sharing their experiences navigating dating with a disability.

“We haven't received funding yet, but I definitely have a clearer vision of what people need in an accessible connection app, which is so valuable,” she said.

“I am honestly so overwhelmed by how enthusiastic the response has been. I am so grateful to everyone who trusts me to share their experience, and the sense of community I've gained through those connections is so powerful.”

Faye Collins is familiar with many of the challenges she may face going forward from her work at start-ups in the past.

“It's intimidating for sure, [but] I have a lot of wonderful people behind me who have done this before,” she said.

It will all be worth it, she says, if this app creates a more inclusive avenue for disabled and neurodivergent people to connect.

A common misconception Faye Collins has encountered about people with autism is that they are content being on their own, and don’t need other people. This is false, she says, and especially after two years of the pandemic, she wants to help dispel these myths and help bring people together safely.

“My biggest hope is that people who feel like they haven't been able to create those connections can start to form the connections that they need for survival,” she said. “Connection helps us to thrive as people.”