A framed piece of art made by B, one of the homeless men mentioned below, and displayed by his mother Nancy. As she told Capital Daily "one of his manic symptoms is hypergraphia. Writing compulsively and on everything."
Homelessness 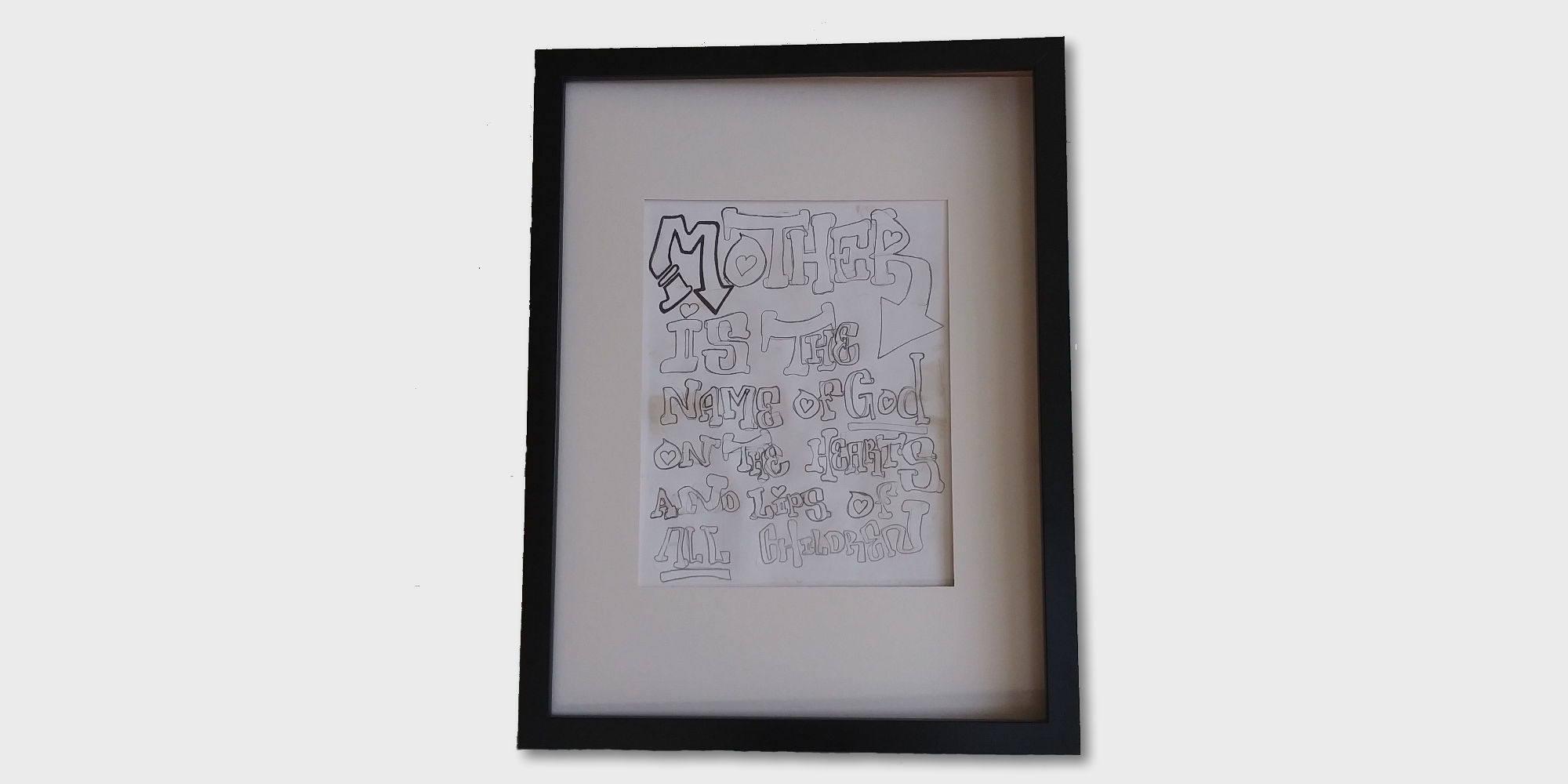 A framed piece of art made by B, one of the homeless men mentioned below, and displayed by his mother Nancy. As she told Capital Daily "one of his manic symptoms is hypergraphia. Writing compulsively and on everything."

‍At the request of the participants, we have used abbreviations and first names only.

Every plan to create a little stability for B, Nancy’s 34-year-old son, has blown up spectacularly. B has been homeless on the streets of Victoria for more than 10 years and suffers from chronic bipolar and PTSD, and is without regular psychiatric support.

Nancy took a second job in order to house him in a rented basement suite. He wasn’t on medication at the time and stayed less than a month before slipping back to the streets. After his family helped him save to purchase a motorhome, B would freak out every time a family member tried to move it in order to follow local parking bylaws. And so it stayed put, where the RCMP ultimately impounded it.

B has a social worker and has spent years on waitlists for subsidized housing. Despite this and Nancy’s own efforts, her son’s condition does not improve.“It's only when he breaks the law and is in jail that he sees a doctor,” she told Capital Daily.

Earlier this month, Capital Daily put out a callout asking to speak with people who have experienced homelessness. Among those who responded were several parents who all shared stories of how, even with strong family support networks, a lack of proper legislation and mental illness supports often keeps their children on the street.

The healthiest B’s family has seen him is when his illness has resulted in his breaking the law and ending up in the psychiatric ward in jail. There, with a roof over his head, regular food and medical staff providing appropriate medication B briefly returns to being a smart, sensitive and funny young man. Until he is released again, directly onto the street.

When Nancy and her husband’s marriage ended, “almost overnight he became a different person, dark, and began writing incessantly,” she said. “He went into the foster system at 15 after a psychotic break … At 19 he aged out of the system, and for the most part, has lived on the street ever since.”

“People ask, ‘Well if he is homeless, why isn’t he living with you? Why is your family member on the street?” said Nancy. He did live with her briefly. When B's illness worsened and he could no longer hold even a dishwashing job, he moved in with Nancy. Over the next two and a half years, the family worked to get B on permanent disability payments. By the time he'd qualified, the stress of living with his illness had left Nancy needing medication. She was also fired from her job for being too “emotionally-distracted” about her oft-missing son (although she sued her former employer and won).

“It almost seems B would be better off if he were a drug addict as there'd be more treatment options available to him,” said Nancy.

To force B into treatment, BC’s Mental Health Act would require him to be a risk to themselves or others. Ironically, if he did act violently, he’d usually bypass treatment and be sent directly to jail. “When he was in juvie [juvenile detention] that was the first time we heard the term bipolar disorder,” said Nancy.

Meanwhile, Nancy’s strata sent out a letter encouraging tenants to contact the police if they even saw a homeless person on the property. “My son—without ever committing a crime—would just have to show up at my door for a meal and someone can call the police.”

Every day, April scours the accommodation listings in the newspaper for her 45-year-old son, D. Like Nancy, April is trying to help her chronically mentally-ill son on limited means. For the past 12 years, D has been living on the streets of Victoria and Abbortsford battling drug addiction and untreated bipolar disorder.

In 2009 April, a retired healthcare worker, suffered from a stroke and D tried to look after her in Victoria, but the stress of the situation exacerbated his drug addiction. A few months later, April moved to Alberta so her other son could care for her. According to April, with her gone, D went downhill quickly and became homeless.

When D is out of touch, April is forced to search the streets and ask around homeless shelters. “I went to Our Place and they were not so helpful but I became a staple at least in their yard… [then] they were okay,” said April. According to privacy laws, nonprofits must protect the anonymity of the clients they serve—even from their own families. So if a parent, like April, walks into a shelter and asks for their child, the staff cannot confirm if they have ever seen them, even if they are living on site. Although this law encourages homeless people to access such services and protects them from harmful people, it can be a barrier to a desperate parent.

To tackle homelessness and related issues such as addiction and mental illness, Nancy suggests programs that recognize family members as caregivers, that will support families long-term in a way (through counselling and education) that will allow their mentally ill relatives to live with them.

Ideally, she would like to see a law that makes it easier to temporarily institutionalize people who are not functioning well enough to make their own decisions. “I think homelessness should be illegal in the way that it shouldn’t be normal for a person to be left out living on the streets when they clearly can’t manage their condition,” said Nancy. ‍

‍April doesn’t know her son’s exact living arrangements, but she told Capital Daily she hopes the city continues to sanction tent communities. “Don’t take away their tents. Where the hell are they going? There is no other way unless you give them a place to live; there are only so many hotels in town.”

Strangely, during separate interviews, both Nancy and April wept while conjuring up the same painful image of imagining their child eating from a garbage can. “You don’t want to think of your kid like this,” said April. “It’s too much for any one family,” said Nancy.

Resources for family and friends of homeless adults: