July 12, 2022
Get the news and events in Victoria, in your inbox every morning.
Thank you! Your submission has been received!
Oops! Something went wrong while submitting the form. 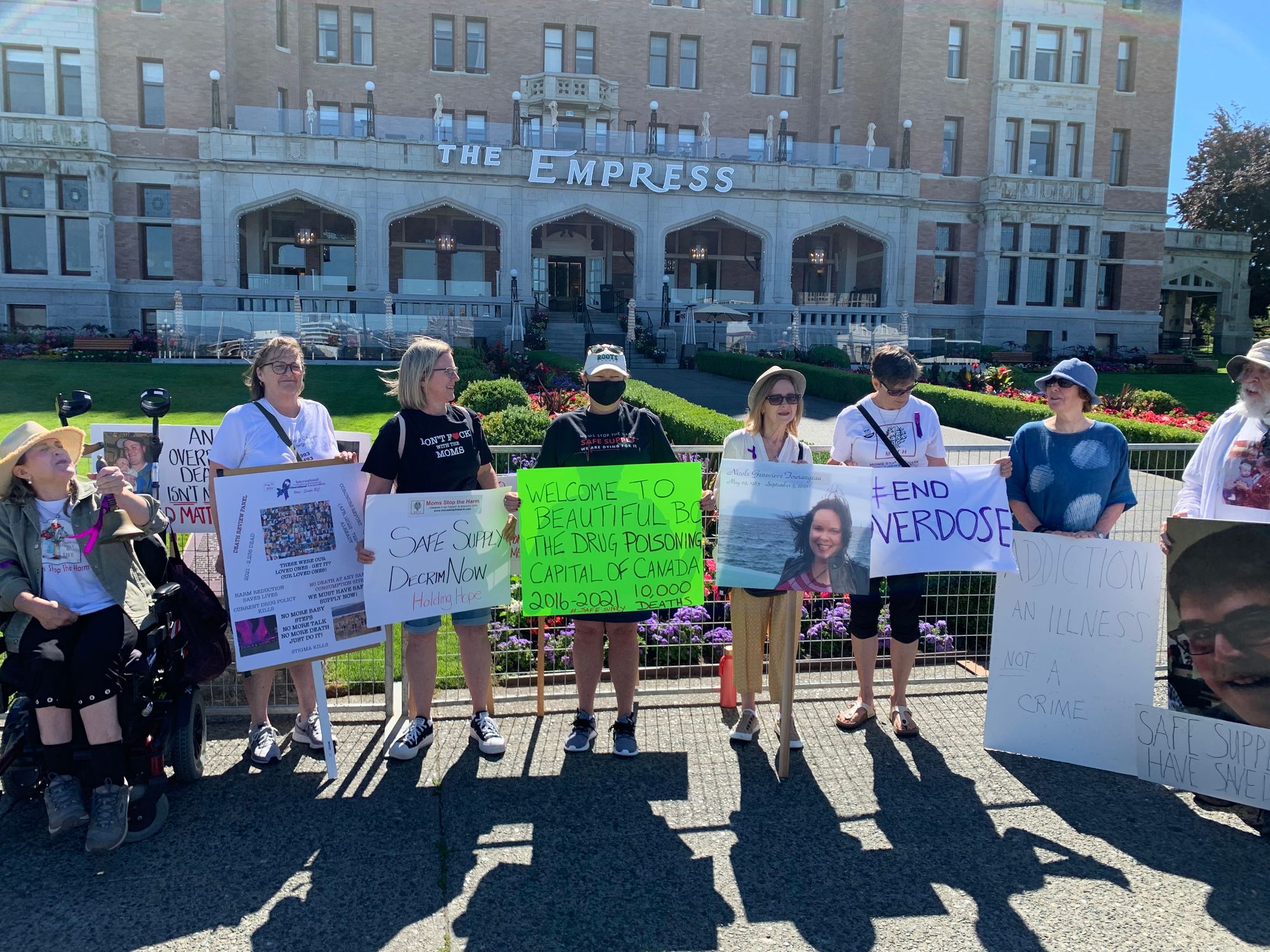 The wide Government Street sidewalk fronting the Empress Hotel is busy enough in the swing of summer, but the second day of meetings between Canada’s premiers brought crowds of a different magnitude.

On Tuesday, the sidewalk facing Victoria’s Inner Harbour became a soapbox for an omnibus of concerns. From the province’s action—or inaction—on the opioid crisis, to the difficulties accessing primary health care, and even the return of anti-vaccine demonstrators, advocates on all fronts agreed with one thing: the health care system is broken.

It was a few days before Christmas in 2018, and Jan Mahoney was trying to get a hold of her 21-year-old son, Michael.

He’d been trying to access specialized support in Burnaby—a long trip from Victoria, but the best option to address both his opioid use and mental health challenges, Jan says. For two months, Mahoney waited for an opening for her son. By the time Michael made it onto the waitlist, she recalls, it was too late. He died of an overdose the next day.

“His body sat in his truck for five days while we frantically looked everywhere for him,” she told Capital Daily.

When they found his truck at the lower Wharf Street parking lot, it had two parking tickets on the dashboard. Nobody had noticed him.

“People just walked by,” she said.

Tuesday morning, Mahoney and other survivors rallied outside the Empress Hotel, advocating for safe drug supply—an option she feels would have kept her son alive.

“Even though he struggled, he was still great. And we miss him every day.”

Last year, 2,265 people died of toxic drugs in BC—the most in any one year since the province declared a public health emergency in 2016—according to a report released by BC Chief Coroner Lisa Lapointe. With 139 deaths, Greater Victoria had the third-most fatalities in BC after Vancouver and Surrey.

Dave and Kathy Broten, whose 35-year-old son passed away from an overdose in October, told Capital Daily in February that because of the stigma surrounding opioid use, and the government’s tepid approach, they were made to feel like their son deserved what he got.

“I did not feel supported, in any way,” Kathy said. “I felt like a criminal and was treated like it didn't matter, that his life didn't matter.”

Correne Antrobus has watched her 33-year-old daughter wrestle with addiction for 13 years. The Saanich mother has become a BC coordinator for Holding Hope, a support group for families of people who use drugs.

She says navigating BC’s healthcare system has been an “absolute nightmare.” Her family spent $35K for six weeks of treatment for her daughter up-Island.

“There’s no help,” she told Capital Daily. “There’s [no beds available] on the Island, even for detox. Now it’s a month's wait, at least.”

Switching to a safe-supply model, as Portugal has modelled since the early 2000s, wouldn’t itself fix waitlists—but it would give her daughter a fighting chance, Antrobus argues.

“It would stop the deaths,” she said. “It’s Russian Roulette right now [with drug supply] … every day is just a nightmare. If [people who use drugs] were on a safe supply, they could start focusing on their recovery, if they so chose.”

BC has made strides toward a health-first approach to drug use, as opposed to the criminal-justice approach that has become the norm across North America. At the end of May, the province became the first jurisdiction in Canada to receive a federal exemption to decriminalize possession of small amounts of certain drugs—including opioids, methamphetamine, cocaine, and MDMA.

But there are shortcomings, advocates argue.

Some argue the threshold is set too low and doesn’t account for the lifespan of current street drugs. Others caution it leaves too much discretionary responsibility—and power—with police.

Dave Connell would like to see BC lift its decriminalization threshold. He calls the province’s efforts “baby steps in the right direction,” but argues more could still be done. Connell’s grandson, Darren, died of fentanyl poisoning at 27.

“If we'd had different laws, which didn't treat people as criminals when they had addictions, and they had safe supply, he wouldn't have died of fentanyl poisoning,” he said.

On the same side of a different health crisis—BC’s doctor shortage—advocates armed with ‘Everyone deserves a family doctor’ signs hoped the premiers would pay attention to their pleas to fix primary health care.

Health care workers, at their wits’ end, spoke out Tuesday against a broken health care system they don’t know how to fix—but know can’t continue.

“Physicians are seeing more patients than they should be,” said Kathryn Mitchell, an Island-based unit clerk. “We’re all putting in overtime just trying to keep up.”

As clinics and emergency rooms grapple with a lack of staff, as well as the stress and burnout that comes with that, BC’s health care system becomes even more “unmanageable,” Mitchell said.

An estimated million BC residents don’t have a family doctor, or roughly one in five British Columbians—a shortage that has prompted the likes of Central Saanich to consider buying housing units to rent out to doctors and nurses in light of the health-care shortage, and led to Premier John Horgan uttering a certain four-letter word in April after heated debate in the legislature.

On Monday, premiers, health-care representatives, and Indigenous leaders agreed Canada’s health-care system needs a rebuild. “The whole continuum of care needs to be revisited. And now is the time to do that,” Horgan said on Monday.

Horgan, representing premiers across Canada, announced that the province would be asking for a $28-billion increase to health funding from the federal government—over 15% more funding than last year.

In the Greater Victoria region, where the Saanich Peninsula Hospital emergency room can periodically turn people away, solutions are needed quickly, and advocates, such as Clare Wood, are donating their time to demand more action from their government.

“[T]he federal government and the provincial government are very good at passing the buck to one another, and there's no resolution,” she said. “We've got to the point where we need a resolution. And if they can't fix it, then they should get out of the way.”

Tuesday also saw the return of demonstrations against Canada’s COVID-19 measures, as Canadian flag-waving protestors congregated outside of the Empress Hotel.

Anti-mandate gatherings have mostly dwindled in recent months, as the provincial and federal governments have lifted most pandemic-related safety measures—from indoor mask mandates to vaccine requirements for restaurants, airplanes, and concerts.

Ottawa removed its two-dose requirement for federally regulated workers in June, but BC health minister Adrian Dix has said he hasn’t planned on changing the vaccine mandate for BC’s public servants.

Note: A previous version of this story listed the death toll of opioids in 2021 as 2,224 deaths in BC and 126 in Greater Victoria. We've since update the story with more current information. 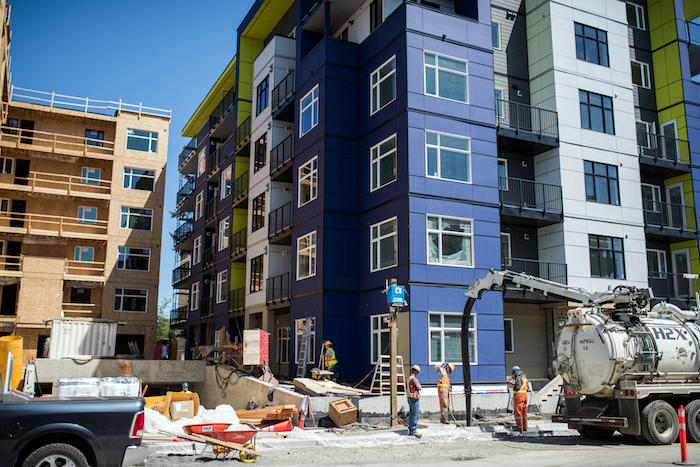 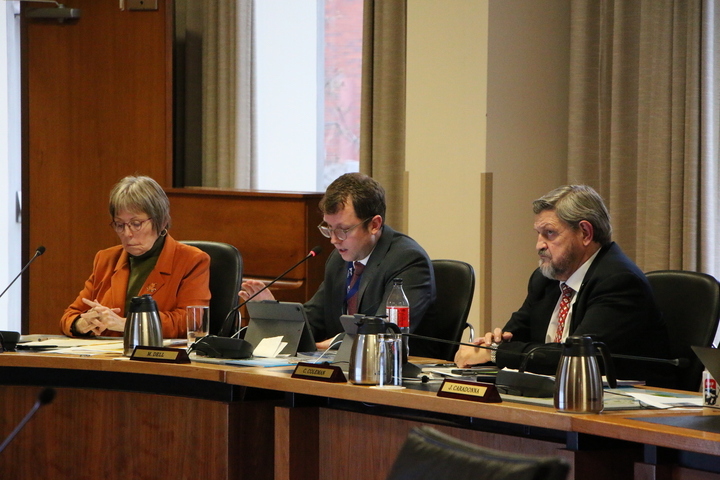 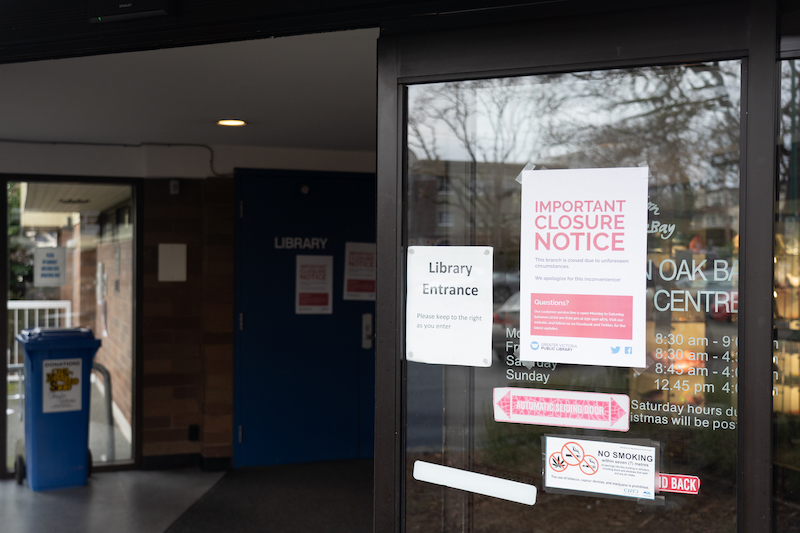