Fisheries minister renews BC salmon farming licences, maintains phase-out plans
Good news
News
Based on facts either observed and verified firsthand by the reporter, or reported and verified from knowledgeable sources.

October 1, 2021
Get the news and events in Victoria, in your inbox every morning.
Thank you! Your submission has been received!
Oops! Something went wrong while submitting the form. 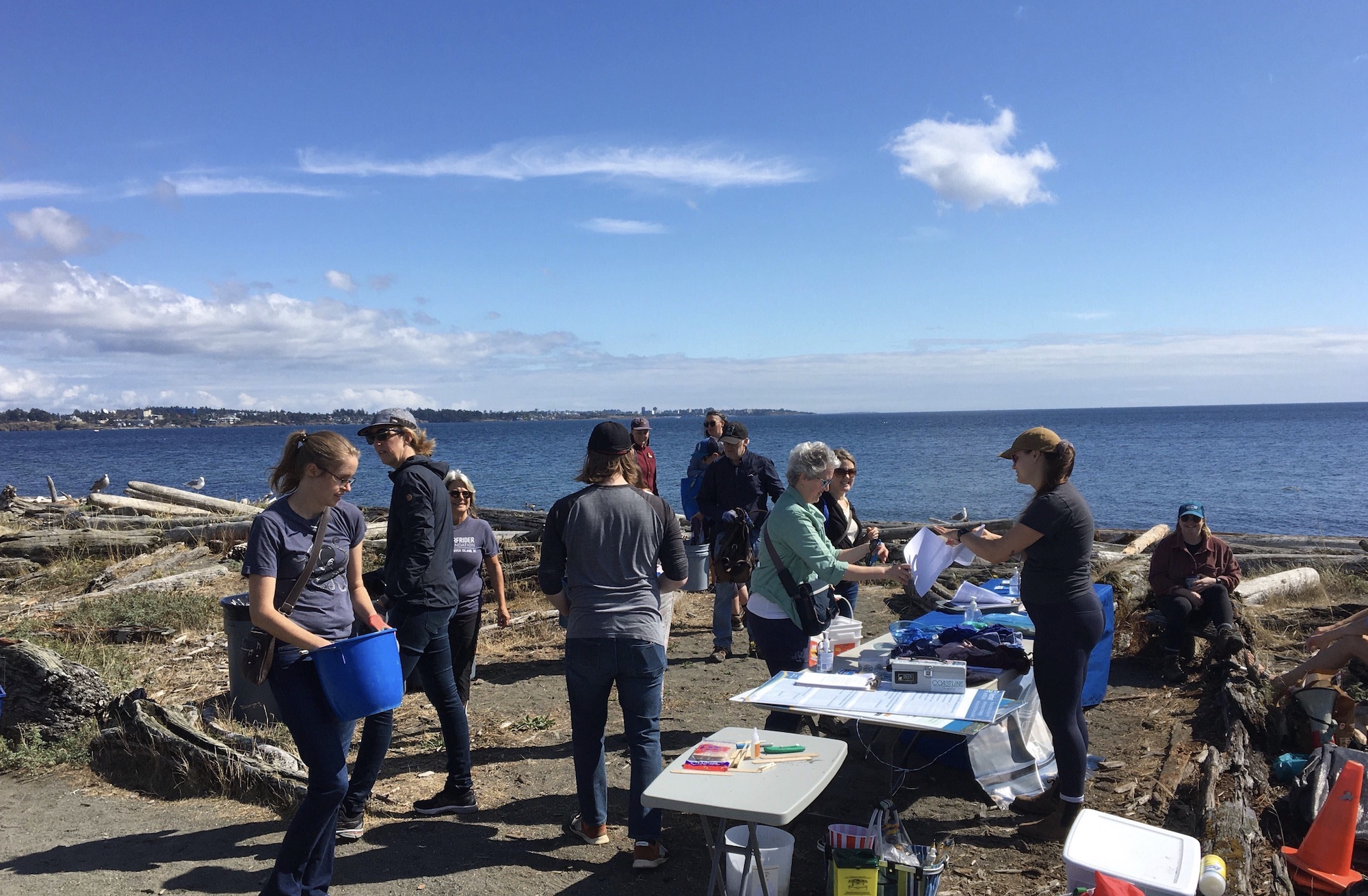 For the first time in over a year, more than 60 members of Surfrider Vancouver Island gathered on the sunny shores of the Esquimalt Lagoon this September to take part in one of their favourite collective pastimes: preserving the Island’s shorelines.

Some things were different from their pre-COVID events—volunteers brought all their own buckets and gloves, and food was not provided. But after a year and a half of volunteers removing debris from the shorelines and streets of Vancouver Island all on their own, tallying their hauls electronically, organizers said it felt good to be back doing the work they loved together.

“It's a bit of a different kind of event [right now],” said Zoë Minnaard, an advisor of Surfrider Victoria. “But at least we are gathered again on the beach.”

In 2019, Surfrider Vancouver Island was responsible for clearing more than 6,747 lbs of garbage from local shorelines.

“A lot of people are frustrated by plastic [pollution] and by doing beach cleanups, a lot of people feel really motivated and positive again,” Minnaard said.

“I think the biggest thing that we contribute is mobilizing people to do something, [including to] start cleaning the shorelines.”

Although these cleanups can feel Sisyphean, with more plastic and other refuse washing into the oceans and adjoining ecosystems every day, these efforts actively work to improve the lives of local wildlife. At the Esquimalt Lagoon, a migratory bird sanctuary, Minnaard says their cleanup aids in reducing the amount of plastics the birds will take into their small bodies. But so much of the plastic is too small to possibly be cleaned up from a beach; every beach in the world that has been sampled has had microplastics hidden amongst the grains of sand. So the Surfrider Foundation doesn’t just focus on removing debris from ecosystems—they also work to prevent harmful products from ending up in the ocean in the first place.

“We enjoy doing the beach cleanups, but there's considerable effort and thought that goes into solving the problem at the source,” said David Boudinot, president of Surfrider Canada.

Minnaard originally got involved with Surfrider because as a healthcare worker, she was sick of seeing large amounts of plastic waste disposed of every day at her job. In total, less than 10% of all plastic has ever been recycled. After reaching out to the Surfrider Foundation, Minnaard got to work locally on a campaign to ban plastic bags—which was successfully instituted in Victoria for the first time in 2018, followed by Saanich, Esquimalt, and Nanaimo.

“It's great now when you're at a store and you actually can see it happening, [where] they don't provide the plastic bags or at least are charging money for it,” she said.

Another initiative Vancouver Island’s chapter is most proud of taking part in is the Blue Water Task Force, for which members regularly tested and reported the fecal indicator bacteria levels in recreational waterways around Greater Victoria. Surfrider shared this information with the Capital Region District, which began using it to communicate where the water quality was unsafe.

“This was one of the drivers for getting better water management in the area, because there's a lot of runoff from the old [water treatment] system in the water that is really lowering water quality, and that is directly affecting marine life,” said Minnaard.

These education efforts are crucial to the work Surfrider does on Vancouver Island, which Minnaard says is “a type of citizen science.”

Surfrider was also instrumental in getting Seabins, floating trash bins that act like pool skimmers for debris in the water, installed in the North Saanich Marina and the Oak Bay Marina.

Although Surfrider Vancouver Island has lots of projects underway, their most visible impact continues to be on the shorelines around Greater Victoria. During the pandemic, volunteers and members on Vancouver Island tracked their independent cleanup efforts on the National Geographic debris tracker app.

“If we didn't do these beach cleanups, there would be tons of debris on the beaches,” said Boudinot. “And I know several volunteers who've had the realization, ‘Oh, maybe I need to change my behavior based on what I'm seeing on the beach.’”

Into the fall, they’ll be continuing their monthly group beach cleanups, which are open to anyone with a bucket and gloves who wants to join in. On Oct. 10, they’ll be in Cadboro Bay starting at 11 am.

“We're not the kind of organization that wants to complain and just point a finger at what's wrong,” said Minnaard. “Most of all, we want to educate and explain what's happening and have very concrete things that people can do.”