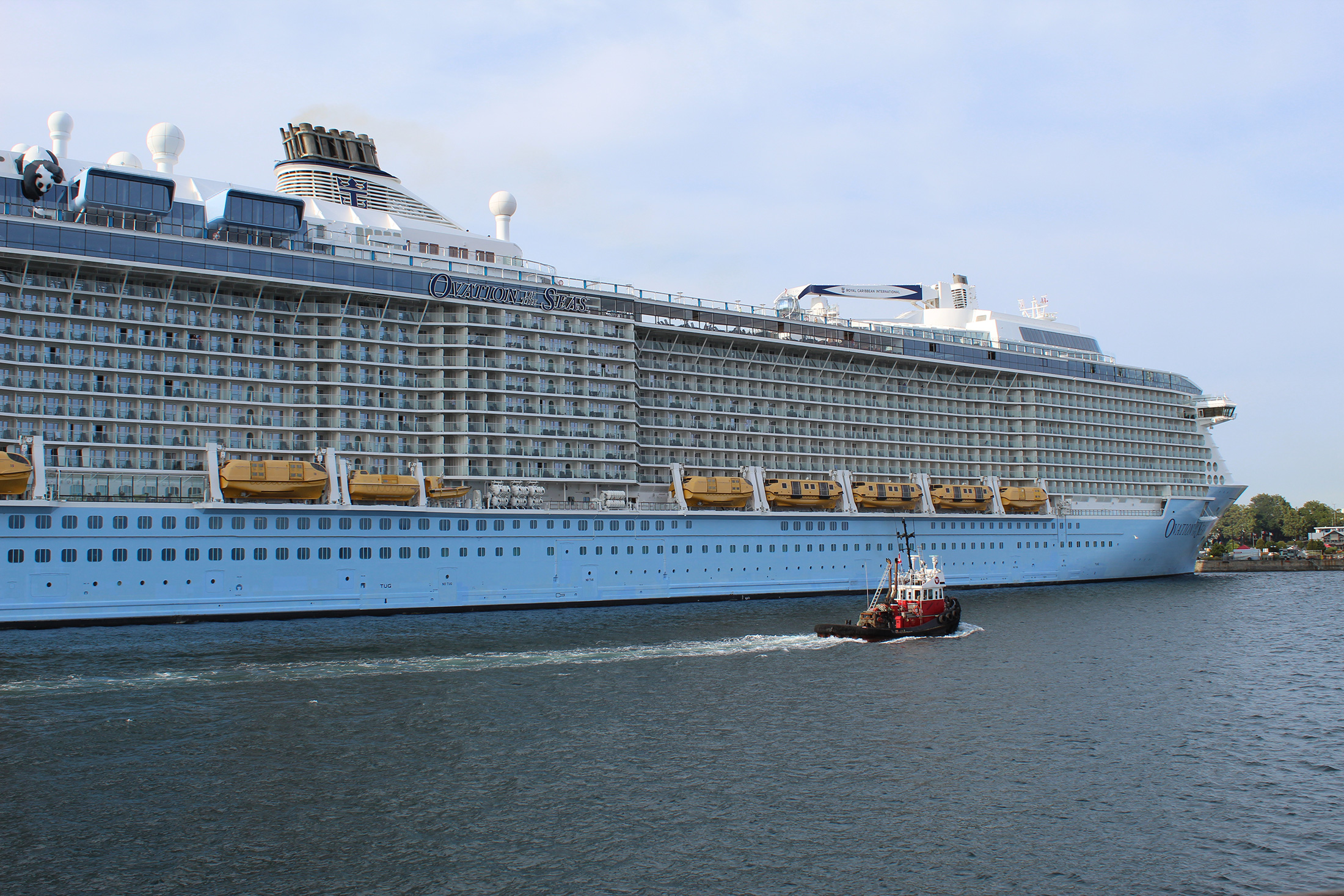 Picture the Bastion Square Parkade; it’s an eight-storey parking structure on Yates Street with 361 parking spaces. Imagine three of those parkades, and every single space is filled with an idling four door Ford Focus.

Now let those Ford sedans – all 1000 of them – remain idling day and night for 365 days. Do all this, and you’ll roughly approximate the amount of greenhouse gases emitted in 2019 by cruise ships as they sat tied up at Ogden Point.*

This year, cruise ships spent a cumulative 1,847 hours docked in Victoria. Accounting for the different sizes and ages of the ships, they emitted an estimated 11,406 tonnes of carbon dioxide and equivalents.

That’s according to an analysis performed for The Capital by Lou Browning, a technical director with the U.S. consulting firm ICF and an expert in quantifying marine emissions.

The Capital started by parsing through the Greater Victoria Harbour Authority’s entire 2019 schedule to determine which vessels docked in Victoria and for how long.

Cruise ships that visited Victoria in 2019, by total number of hours in port

Browning ranked vessels by size and age to gauge the amount of power they consumed per hour while “hotelling,” a cruise ship term for when a vessel is not moving but is using its engines to generate electricity.

Using emissions figures from the Port of Long Beach, a vessel’s power consumption was then used to assess what how much marine gasoil it was likely to burn through in an average hour.

The Capital’s figure, at 11,406 tonnes, is equivalent to burning 5 million tonnes of gasoline. For a Cadillac Escalade to emit as much carbon dioxide, it would need to drive 54.5 million km. Or, you could drive 7,400 Escalades from Victoria to St. John’s, Newfoundland.

Alternatively, you could drive 90,000 Ford F-150s from Victoria to Port Hardy.

The figure definitely makes the Breakwater District a hub of city carbon pollution, but it still represents only three per cent of the total greenhouse gases emitted by the City of Victoria. In 2017, Victoria’s various cars, boats, lawnmowers and gas-powered furnaces emitted a total of 387,684 tonnes of carbon dioxide equivalent. And the number grows considerably if the rest of Greater Victoria is included.

The estimated total emissions, in tonnes, of cruise vessels as they idled in port in Victoria in the 2019 season

Browning’s formulas reach about the same conclusion as the accounting done by the Greater Victoria Harbour Authority itself. In 2018, the authority pegged their total cruise ship emissions at 11,686 tonnes.

The ship responsible for the most pollution was the 3,000-passenger Norwegian Joy, operated by Princess Cruise Lines. The vessel isn’t particularly dirty, but it’s very large and was a frequent visitor to Ogden Point, spending 183.5 hours in port in 2019. The ship was singularly responsible for 1,500 tonnes of carbon dioxide and equivalents; more than 13% of Ogden Point’s total carbon footprint.

Of course, the 11,406-tonne figure for Victoria cruise ships only covers the carbon dioxide emitted when a vessel is stationary in port. It would be much higher if it included the fuel needed for vessels to detour to the city in the first place.

*Based on at-idle Ford Focus fuel consumption of 0.6 litres per hour, emitting a total of 1.37 kilograms of carbon dioxide equivalent.