North Vancouver Island hospitals close overnight indefinitely
Business
News
Based on facts either observed and verified firsthand by the reporter, or reported and verified from knowledgeable sources.

August 14, 2021
Get the news and events in Victoria, in your inbox every morning.
Thank you! Your submission has been received!
Oops! Something went wrong while submitting the form. 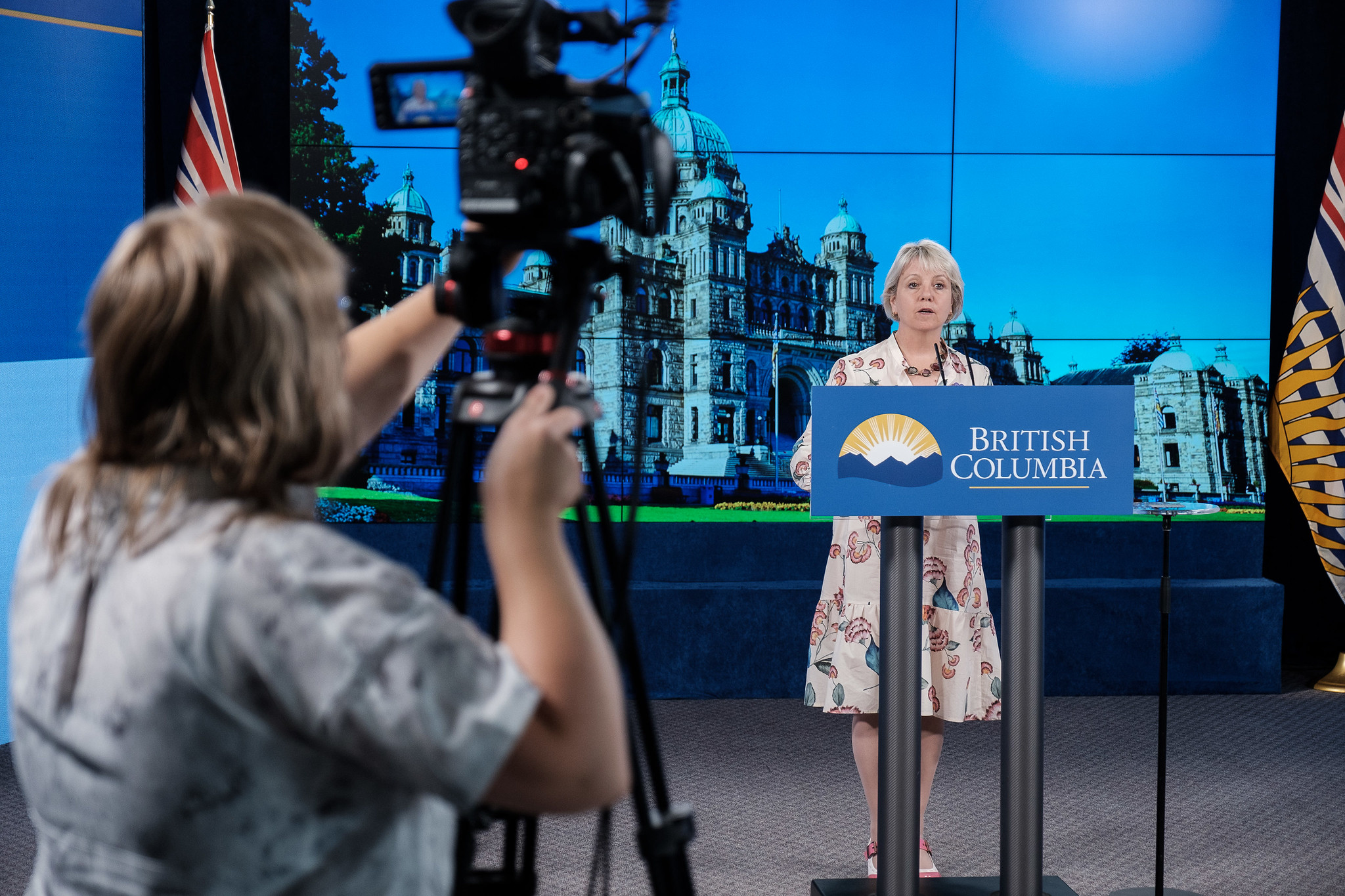 The absence of public health regulations mandating mask and vaccine requirements for most employees in BC has left workers and businesses on their own in the wake of surging COVID-19 cases during this fourth wave of the pandemic.

This past Thursday, provincial health officer Dr. Bonnie Henry issued an order that now requires all employees and volunteers at long-term care and assisted living facilities to get vaccinated by Oct. 12 as a condition of employment. Until they get vaccinated, staff are required to wear masks and personal protective equipment in the workplace.

The order, according to Henry, was issued after several outbreaks at long term care and assisted living facilities  identified them as particularly risky areas where additional measures are necessary. As of Friday, there are 11 active outbreaks, one of which is at a long-term care facility in Campbell River.

But no such orders were issued for other types of businesses in BC. At a federal level, the Canadian government has required all public servants to get vaccinated and said Crown corporations and other federally regulated businesses will soon follow suit. People who travel between provinces using commercial airlines, trains or ships will also need to show proof of vaccination.

When asked on Thursday whether employers are within their rights to require their current workers to get vaccinated or be fired, Henry said she encouraged that approach.

“In some areas if you have people who are coming in who are [not] immunized and who cause an outbreak in that business; that can severely impact the ability of the business to function,” she said. “These are business decisions that they need to make in conjunction with their own labour lawyer advisors. I do think it’s a perfectly valid thing.”

“We haven't heard anything, to tell you the truth, because this is all kind of in process right now,” Williams told Capital Daily. “Quite honestly, a lot of people are in vacation mode, so we're not hearing from [them] currently.”

As Capital Daily reported recently, many businesses have opted to retain their masking policies to protect customers and staff, despite the province removing that requirement. Likewise, Williams says there seems to be an understanding that some workplaces will require their employees to be vaccinated, but is not aware of any concrete plans.

The BC General Employees’ Union (BCGEU) which represents over 80,000 workers in the province issued a call for public health officials to reinstate the mask mandate and single site order for healthcare workers on Thursday.

While the union hasn’t called for mandatory vaccinations for all workers, their message strongly urges individuals to get vaccinated, and asks for a return of mask mandates in order to protect those who either can’t be immunized or have less protection from vaccines because they are immunocompromised.

One of the biggest questions that remains unanswered is whether staff and students at post-secondary institutions—settings where large numbers of people regularly gather indoors—will need to be vaccinated and/or wear masks when the fall term begins this September.

An internal email from CUPE 4163—the union that represents about 1,500 workers including teaching assistants, sessional instructors and other staff at UVic—reviewed by Capital Daily says they, along with the Faculty Association, the Professional Employees’ Association, the Graduate Students’ Society, and the other CUPE locals on campus have been lobbying the university to instate a mask mandate on campus.

The email also says the union has asked administrators to create a vaccine mandate for everyone living and working in campus residences.

“We would also like to see the university introduce a requirement that everyone in residence must be fully vaccinated, a requirement that has been introduced in several Ontario institutions of higher education,” reads the email. “Such a measure would not violate anyone’s rights, while enhancing the safety of our fellow union members who work in the residences.”

Matthew Koch, Vice-President of CUPE 4163, says both a mask and vaccine mandate are necessary and favoured by employees represented by the union. They have been lobbying both the university and the office of the provincial health officer to implement these measures ahead of the fall term since before the end of the spring term earlier this year.

A faculty survey, he says, showed 85% support for a vaccine mandate.

“Although we haven't conducted such a survey, I would anticipate that if we were straightforwardly asked that question—would you be in favor of a vaccine mandate?—a solid majority of our members would probably say yes, from what I’m gathering from talking to various people,”  Koch told Capital Daily.

Koch says the union has not heard anything from Henry’s office, and every time the issue was raised with UVic, the university simply said they are following PHO guidelines.

Multiple post-secondary institutions in Ontario, including University of Toronto, Western University, and University of Ottawa, have already announced that immunization will be mandatory for all faculty, staff, and students who return to campus this fall.

In a statement Friday evening, UVic president Kevin Hall said he supports the call for mandatory masking, and the university is revising its mask policy ahead of new provincial guidance. He also said he is in support of the government's consideration of vaccine policies, and the university will be ensuring easy access to vaccines and rapid test kits in the fall.

Henry has repeated over the past few weeks that her office is in conversation with post-secondary institutions across BC to determine whether they can and will introduce mask and vaccine mandates.

“We have the basic guidance that we put out and we are refining it as we learn more going through these last few months,” Henry said on Thursday. “These are active discussions right now [about] what is the role of masking [and] what is the role of immunization, and we’ll have more to say about that next week.”

The President and Vice-Chancellor of the University of British Columbia, Santa Ono, issued a message on Friday that indicates his support for these mandates.

“I have shared with the provincial government that I am supportive of mandatory indoor masking and vaccination,” he said in a statement. “First, I believe that instituting both will be critical to allow us to start the term with the confidence of our community. Second, just as the Provincial Health Officer has mandated vaccination for all working in long term care facilities, I think we should do the same, at least in high-density residences and high contact circumstances such as Varsity athletics and theatre/music, in light of the surge in cases driven by the delta variant of SARS-CoV2.”

Henry and health minister Adrian Dix are expected to announce their decision next week.