Photo illustration by Dash Dixon for The Capital

December 20, 2020
Get the news and events in Victoria, in your inbox every morning.
Thank you! Your submission has been received!
Oops! Something went wrong while submitting the form. 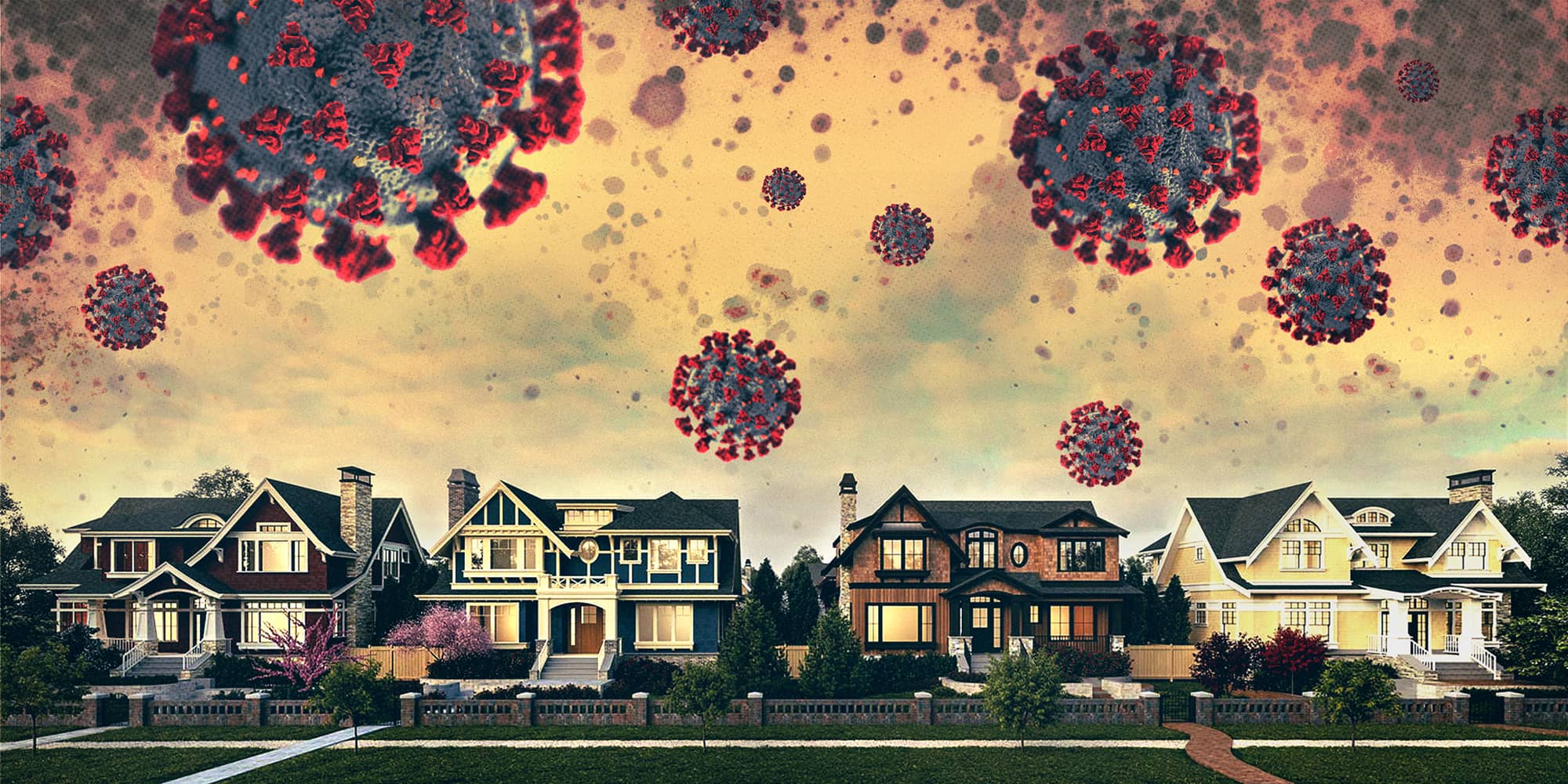 Photo illustration by Dash Dixon for The Capital

COVID-19 has been present on Vancouver Island since at least early March. We’ve avoided the situation the Lower Mainland has suffered, but several parts of the Island continue to have ongoing outbreaks. Here’s what’s happening on Vancouver Island, where COVID is spreading, and how to best avoid catching it yourself.

Vancouver Island communities have not been hit equally

We're on week 50 of the pandemic, believe it or not. And for BC, it continued to be a dark period, albeit with light appearing at the end of the tunnel. Between December 6 and 12, BC had 4,698 new cases of COVID-19 —but Vancouver Island accounted for just 66 of these cases, less than 2%. As of this weekend, there are nearly 10,000 active cases in BC, only 62 of which are on the Island. Islanders seem to be making it through this second wave intact.

As cases were spiking in mid-November, if we had kept on that same trajectory we would expect up to 2,500 new cases a day in BC by now. Thankfully, that hasn’t happened; the second wave has crested, and hopefully will recede in the weeks to come. But it was a hard second wave that hit different parts of the province with different intensities.

“Many of our communities around this province are affected right now, many of whom went through the first wave and the first number of months of this pandemic without having cases; without having it touch close to home,” said Provincial Health Officer Dr. Bonnie Henry at a press briefing on Dec. 4.

“We need to do our bit everywhere, to make sure that we support and protect them,” she added, referring to strained health care workers and older populations with a higher risk of experiencing severe symptoms and dying from the virus.

There are still cases on the Island, though, and they are not spread equally across it. Despite being the largest population centre, Greater Victoria has not had the majority of Vancouver Island cases. That unfortunate honour belongs to the Central Island region—an area that includes Nanaimo, Port Alberni and Tofino. The Central Island area is more sparsely populated than the south but remains an essential hub for travel and tourism, with ferries from the mainland and an international airport.

It has been the site of several outbreaks, but Port Alberni in particular has experienced the worst.

In total, there have been 10 outbreak or exposure alerts—including those at schools—issued in Port Alberni. Fortunately, all of these alerts are now over.

Now, the Island overall is relatively safe from COVID. So, when compared to BC, Port Alberni is still quite safe, with numbers far below the Fraser Valley and Kelowna.

Last week the Clayoquot/Alberni region had 10 new cases. It has, however, been the location of a care home outbreak and multiple school exposures. Recently, with the outbreaks in two Saanich hospitals, Greater Victoria’s numbers are climbing. The first week in December saw 33 cases in Greater Victoria.

Ferry traffic has decreased more in the south

Because of the restrictions on local and international travel, the number of trips to the Island by BC Ferries is about half what it would be in a normal year. There are some disparities between regions, however.

On the main route to Victoria, from Tsawwassen to Swartz Bay, by October last year more than two million people had made the journey. This year it’s been 957,000, only 43% of the normal travel. Combining the two Nanaimo terminals, Duke Point and Departure Bay, there’s been a reduction from the normal 1.75 million passengers by this time, to 1.04 million. Central Vancouver Island is experiencing around 59% of normal ferry traffic.

The mainland has many moreCOVID-19 cases than the Island, and some of them have been brought to the Island by travellers to and from that region—including the outbreak last month at Nanaimo Regional General Hospital, which was likely due to travel from the Fraser Valley.

Over the course of the pandemic, there have been calls from various groups—including 24 Vancouver Island mayors—for the provincial government to restrict non-essential travellers from using BC Ferries to get to the Island, but these requests have always been turned down by the province.

“We know that we cannot survive on this island without having people coming back and forth with groceries and all kinds of things,” Dr. Henry said at a press briefing back in June.

Her stance, and that of the provincial government, has not changed, and ferry travel remains unrestricted.

Locations where there is a high risk of transmission are split into two categories: outbreaks and exposures. Outbreaks are when there are multiple confirmed cases from a shared exposure. Exposures don’t mean the virus has spread—just that it’s had a chance to do so when one person has tested positive and has attended a known location, like a bar or a school.

A third category is reserved for when COVID-19 enters a school: clusters. A cluster alert is issued when two or more people test positive for the virus and the virus may have been transmitted within the school setting. This type of alert is different from an outbreak in a school. An outbreak in a school setting means there has been widespread transmission within the institution—something that has never happened on Vancouver Island.

So far, three cluster alerts have been issued at three schools, all of which are in Nanaimo.

There have been six outbreaks on Vancouver Island, three in hospitals and three at long-term care facilities

There have been many more exposures. Since March there have been 38 listed exposures in the Island Health region. Twenty-five of those have been in schools while five have been at bars and restaurants, with two in healthcare settings.

Outbreaks, which are far more dangerous than exposures, are relatively few on the island. Since March, the three outbreaks in long term care homes have been split between the health regions on Vancouver Island: one in Port Alberni, one in Campbell River, and one in Victoria. Of the three hospital outbreaks, one is in Victoria, one was at the West Coast General Hospital in Port Alberni, while the third was in Nanaimo.

The outbreak at Saanich Peninsula Hospital has proved the deadliest and shows no signs of slowing down: so far, 22 people in the acute care section have been infected and the virus has claimed three lives at the facility.

There are still activities to enjoy despite the restrictions

Outdoor recreation is one of the draws of Vancouver Island life. Surfing, skiing, hiking, kayaking—the list goes on. The unfortunate truth is most of these activities involve at least some travelling to participate in. On Dec. 7 Dr. Bonnie Henry issued a continuation of current health orders.

There will be no social gatherings until Jan. 8. We are not supposed to see our friends, visit our family for Christmas, and can only travel for essential reasons, such as work or medical appointments.

"We are in our second surge, and it has proved to be a challenge," said Henry at a press briefing on Nov. 19 in which she announced the sweeping province-wide restrictions. "I know we will get through this, but we need to take more action now."

Until these orders are lifted, the only people we can socialize with are those who live in our households. People who live alone can still meet up with their ‘core bubble’.

"Your immediate household can of course include roommates," she added. "And if you live on your own, you can visit with up to one or two people, if you regularly spend time with them."

There is no hard rule for the distance we are allowed to travel for activities. The province is decidedly brief on the prospect of skiing this winter, an activity that at least for Victoria residents requires quite a bit of travel. Mount Washington is still open and the provincial guidelines simply say “ski and snowboard at your local mountains.”

Is Mount Washington, two and a half hours north, a local mountain for Victorians? Sadly for skiers, no: in this case, “local” means “north of Nanaimo.”

We can eat out, shop, work, but not visit

Businesses, workplaces, and even public transit all have rules in place to reduce the spread of COVID-19. This is not something that can be regulated, at least effectively, inside people’s homes. When we spend time together in private residences, without the physical controls business must have, we put ourselves at higher risk.

Most cases that are still being reported are carried over from the weeks prior. They are ongoing from local clusters and cases; the virus takes several weeks to essentially run through a “bubble” before the transmission can be stopped. While BC has plateaued in cases in recent days, there is still an uncomfortably high number of new daily cases. Until we see significant and sustained drops, health officials have indicated restrictions will remain in place.

In short, Vancouver Island, we’re doing okay. Keep doing what you’re doing. Don’t travel if you can avoid it; travelling to the Fraser Valley is the riskiest place in BC. And get those skis waxed for the eventual easing of restrictions—but keep them in the shed for now.