Greater Victoria rental prices make biggest leap since 1991: CMHC report
Good news
News
Based on facts either observed and verified firsthand by the reporter, or reported and verified from knowledgeable sources.

November 5, 2021
Get the news and events in Victoria, in your inbox every morning.
Thank you! Your submission has been received!
Oops! Something went wrong while submitting the form. 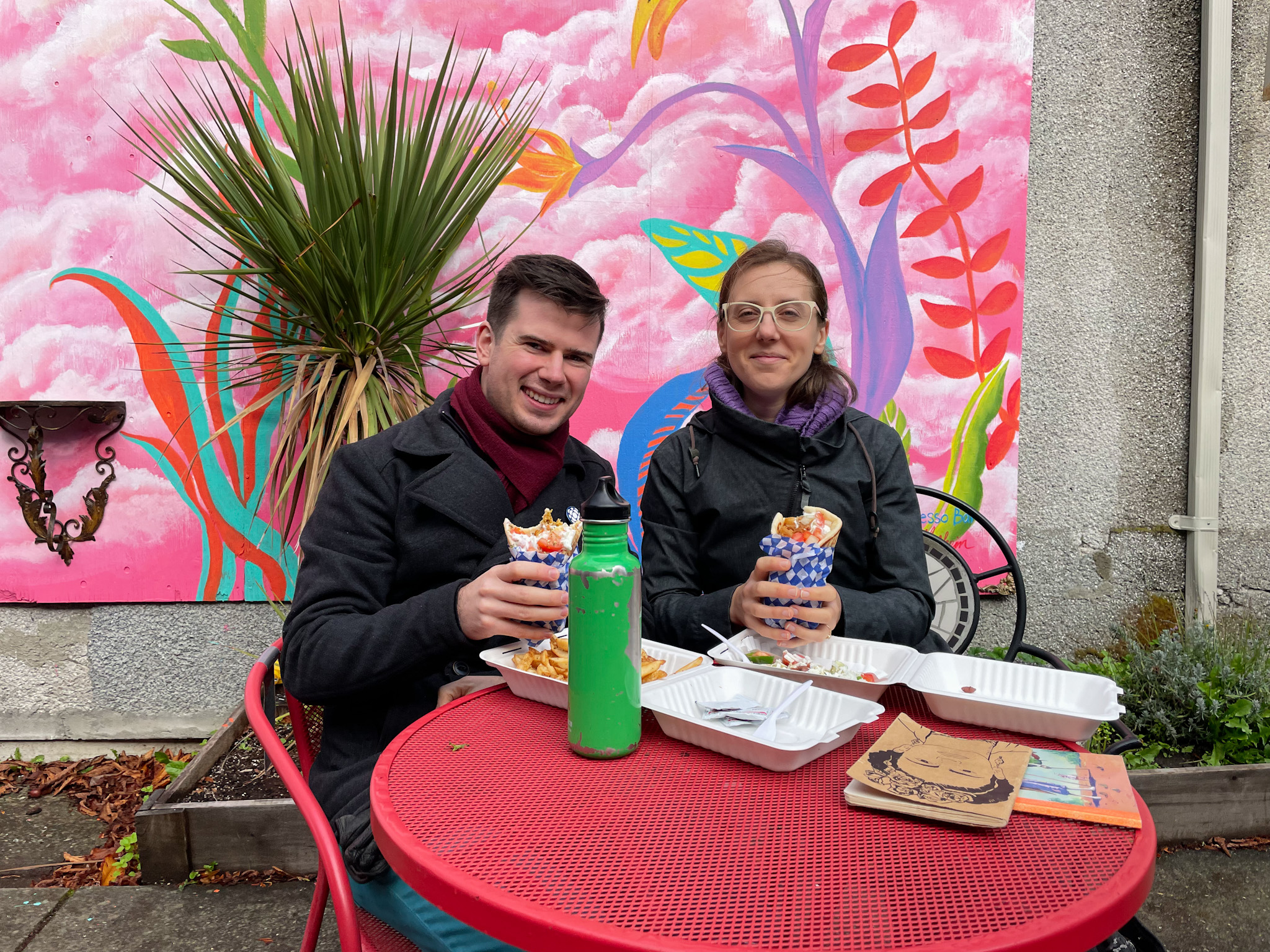 Subscribe today to The Good Newsletter, Capital Daily’s weekly spotlight on uplifting stories and community resources, to receive good news in your inbox every Friday.

In the early months of the pandemic, many Victorians’ hobbies included baking bread or buying up as much toilet paper as their local grocery stores would allow—but not Jeff Poynter and Eden Oliver. The couple decided that they wanted to make an effort to support local restaurants, although they didn’t yet feel comfortable eating indoors.

Together, they agreed to seek out and try every food truck in Greater Victoria, a mission that has taken them on a 16-month journey to 43 food trucks across southern Vancouver Island. It wasn’t easy to find them all, as there isn’t a one-stop database with all the local food trucks, but after hunting through Langford parking lots and celebrating both Christmas and their engagement with food from local truck vendors, the couple says they have finally tried them all.

Poynter and Oliver filled two notebooks with their diligent observations on each meal, documenting the presentation, taste, and overall vibe while each ranking the truck out of five. Now, with the journey complete, they’re ready to share their favourite picks with other food lovers in the community.

“At the end of the day it's all tasty, there are no losers,” Poynter said.

Trying a new food truck became a Friday lunchtime ritual for the couple over the past year and a half.

“Some are super easy to find; you can just see them all the time, like Taco Justice,” Poynter said.

“But some, you really have to dig to find and then sometimes email them to find out where they're gonna be and their schedule.”

According to Poynter, this research was usually well worth it for the food they’d have once they finally managed to track the truck down. Elusive trucks—like Melt Truck, a vendor specializing in cheesy breakfast sandwiches that they found tucked in a Rock Bay parking lot, or Bombay Bites, an Indian food truck they found in the parking lot of a Langford Canadian Tire—were often hidden gems.

Oliver and Poynter’s rating system relies heavily on their own opinions and preferences. As pescatarians, they went for vegetarian options at most food trucks, which did occasionally pose a challenge.

Early on, they also realized that defining what counted as a food truck might be tough: not all food was made on-site for every truck, and some looked more like trailers or carts than the traditional all-in-one food truck that can drive itself down the road.

The two things that they decided mattered most, Poynter said, were affordability and mobility.

“Anything that can go down the highway,” he said.

Not all their meals, however, required Oliver and Poynter to venture out on the streets of Greater Victoria. Poynter emailed Al-Rahman Samosa King ahead of Christmas Day 2020 to see if they could get a meal delivered.

“It was like a total lockdown and we couldn't see anybody,” he said. “But it was a Friday, so we ordered the samosas and they brought us some for Christmas lunch.”

The samosas were a highlight of the holiday season, and started a tradition they may continue this year.

But one of their favourite food truck memories, Oliver said, took place when they drove up-Island to Tofino this summer to try out vendors there—including the original Tacofino.

Tacofino was the longest they waited out of any of the food trucks, clocking in at an hour and 45 minutes. They came prepared for the notoriously long lineup with books and snacks.

“That was kind of ridiculous and fun, and it tasted exactly like Tacofino [in Victoria], but it was really good,” Oliver said.

One factor Tacofino had in its favour was the timing: the couple ate there the day after they got engaged.

“There were a lot of exclamations in my notes that day,” Oliver said with a smile.

All told, they estimate they’ve spent about $1,200 ordering meals from food trucks since the pandemic—although cheaper than meals from brick-and-mortar restaurants would have been, Poynter notes. They could open their own food truck at this point with all the research they’ve conducted over the past 16 months. They even know what it would be: a mobile pizza truck.

“We both cook all the time, and we know what works and what doesn't,” Poynter said.

As the weather grows colder and rainier, the next few months will be a quieter time for food trucks in Greater Victoria. And even as their journey has largely come to an end, Poynter and Oliver are still keeping an eye out for new vendors and are more than happy to share the secrets they’ve learned hunting for the best ones around Vancouver Island. Even though all the local food trucks can’t be found online, websites like streetfoodapp.com and community Facebook groups can be a good place to start looking.

“If you ever need food truck advice,” Poynter wrote to his friends in a Facebook post about the experience, “You know who to call.”