Victoria author Wendy Proverbs's tween book captures the pain of distance in the Sixties Scoop
October 26th photo by Anna J. James showing the installation of fencing at the former Paul's Motor Inn in a reported effort to curb criminal activity at the site.
Homelessness 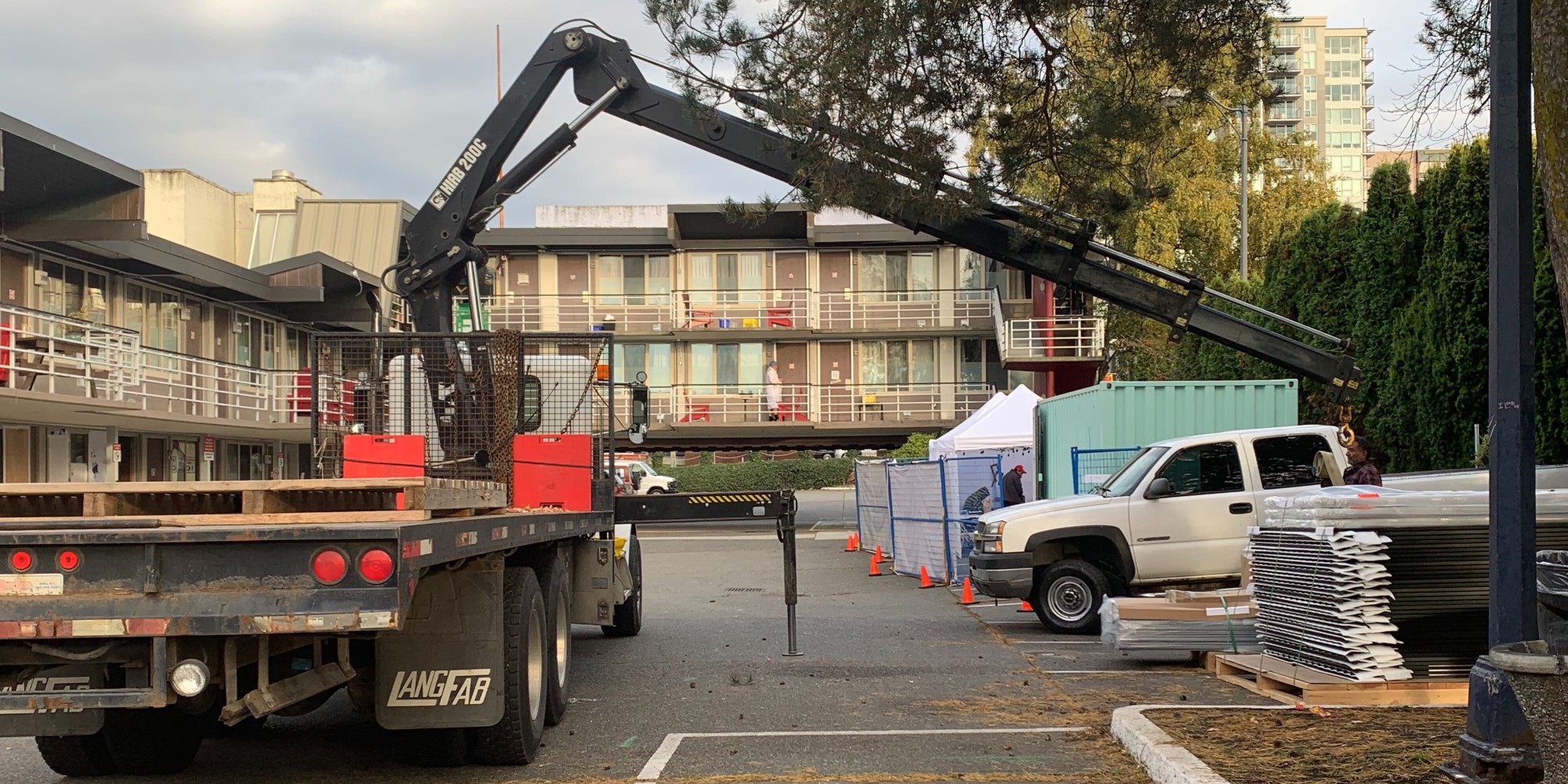 October 26th photo by Anna J. James showing the installation of fencing at the former Paul's Motor Inn in a reported effort to curb criminal activity at the site.

Between hoots of heroin through a pipe supplied at the Paul’s Motor Inn’s harm reduction site, 40-year-old Clyde (last name withheld) surveyed the once iconic motel. “It’s a slum,” he said. Clyde does not live at the Inn but at another hotel-turned-shelter; the Howard Johnson (or the ‘Ho Jo’) where he said the conditions are also in rapid decline.

“All you hear now is slamming doors and yelling and screaming,” said Clyde. He has witnessed vandalism, smashed windows, punctured bike tires and rampant drug use and dealing. “It’s getting taken over by people selling dope,” he said.

In Victoria, the COVID-19 pandemic has sparked one of the most aggressive responses to homelessness in local history: The multi-million-dollar purchase or lease of hotels across the city to serve as temporary, low-barrier shelters. Six months in, not only have these BC Housing-funded facilities largely failed at their primary aim of encouraging social distancing, but they’ve increasingly fallen prey to chaos and violence.

For the past two years, Clyde has used heroin daily, but he says only a small amount to prevent withdrawal. He said the access to drugs is “too good” at the Ho Jo, meaning even if he wanted to get clean, it would be particularly difficult given his current living situation. The drama at the hotel causes him and girlfriend to fight often, and some days they wonder if they’d be better returning to the street.

“It’s all gone to shit,” said one outreach worker from a downtown shelter who spoke to Capital Daily anonymously as their position doesn’t permit speaking to the media. She has heard firsthand from the clientele she serves about the fires, fighting, and drug dealing—all occurring within hotel walls. The failure isn’t one of management, said the worker, but one of design. “You can’t put people with those issues in that space and not expect it to fall apart.”

Four Victoria hotels have been converted into shelters since the onset of pandemic lockdowns. Two of these were purchased outright by BC Housing:  The 75-room Paul’s Motor Inn, bought for $15 million, and the 65-room Blanshard Street Comfort Inn, which was purchased for $18 million. In addition, the Gorge Road Travelodge and the aforementioned Howard Johnson have been leased by the province for extended periods.

Within days of their inauguration as shelters, these sites quickly became familiar to the city’s first responders. On May 24, the Victoria Fire Department attended a call at the Travelodge. On June 2, a second fire took place at the Travelodge that had started in one room and damaged a further 20.

Multiple drug and weapons busts have occurred within BC Housing-funded hotel rooms, as well as repeated instances of violence. On July 1, a man allegedly fired an air-gun at a resident at the Travelodge, although the shooter was reportedly not a resident himself. Over at the Comfort Inn the day before, Victoria Police had seized an AR-15 style firearm and hundreds of rounds of ammunition from a unit. On July 11, at least three squad cars attended a disturbance at the Travelodge—details of which are still unclear. Just this month, a “trafficking-sized” amount of methamphetamine, cocaine and some fentanyl was seized at the Comfort Inn, as well as a small arsenal of street weapons and replica firearms.

Capital Daily has visited Paul’s on several occasions over the past month, incrementally noticing more noise, more foot traffic and more debris. On October 26, the shelter had a man playing what sounded like a full drum kit from his room.  Music blared while taxis pulled in intermittently, one offloading an agitated man and bike parts. Junk has started to pile up on the decks.

That day, a contractor was installing what appeared to be metal fencing. One guest told Capital Daily he is staying in a Paul's Motor Inn room illegally. The original grantee of the room moved into another hotel room with his girlfriend and is now subletting the space. For this reason, the resident asked not to be named. Referencing the new fences surrounding the facility, the resident said “people say they are trying to get us out—but they are really trying to keep us in.”

“Your home is supposed to be a safe zone. It [The Ho Jo] was for the first couple of weeks,” said Clyde whose girlfriend also resides there in a separate room. The couple were approved for two rooms at the hotel and moved in early September. They had been living in a tent on Pandora Avenue for two months and prior to that, at the city-sanctioned Topaz Park.

“The structure has also changed, '' he said. “It’s been seven days now and I haven’t had dinner served to me.” According to a source at Howard Johnson, food and dishes are no longer allowed in rooms due to hygiene issues. “Me and my girlfriend want to do better and we appreciate being inside, don’t get me wrong, [but] I don’t feel safe anymore.”