May 13, 2022
Get the news and events in Victoria, in your inbox every morning.
Thank you! Your submission has been received!
Oops! Something went wrong while submitting the form. 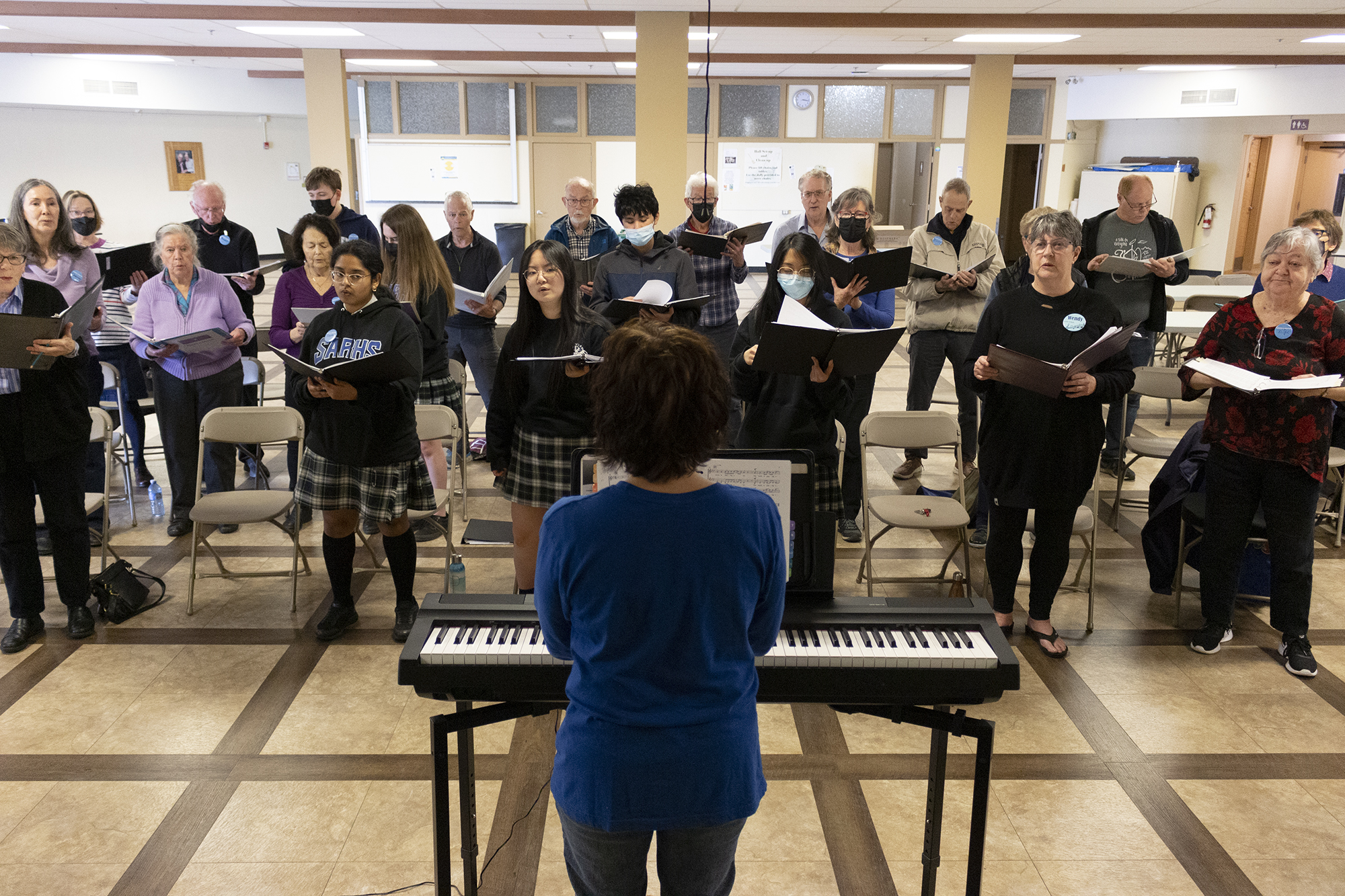 Voices in Motion’s second last rehearsal of the season fell on a decidedly dreary day. But the atmosphere among the choristers was anything but.

As members of the choir began arriving in pairs, the barren basement of St. Joseph the Worker Parish livened up as people young and old found their places and greeted their fellow choristers, as naturally as old friends. Some of the members are newer to the group, while others have been a part of it for years, but many of them are going through the same journey.

Voices in Motion isn’t any ordinary choir. It’s a choir bringing people with dementia and memory loss together with their caregivers, friends, and high school students. Started as part of a UVic research project in 2018 and led by choral conductor and artistic director Erica Phare-Bergh, the choir has created a place where people who are losing their memory can feel like they belong.

While a dementia diagnosis comes with stigma and misunderstanding, this choir is a chance for people dealing with memory loss to feel like themselves, to feel like they are capable, and be in an environment where others understand them. For some, it’s their main social interaction; for others, it’s a chance to feel capable and in control.

As the rehearsal began, the choir launched into an array of joyful tunes that match the theme of this Sunday’s concert: “Walkin’ on Sunshine.”

Dinah Ellett sang in the second row, as her husband, Barry, helped round out the bass section in the back. The pair joined the choir two years ago after attending a Voices in Motion concert. Dinah has always sung in choirs, but Barry couldn’t be convinced until he was diagnosed with vascular dementia.

“Barry had never sung in his life and insisted to Erica that he did not sing, and Erica just said, ‘Everybody can sing,’” Dinah said. “And at age 80, he started singing.”

Many of the songs selected are songs from “way back” that the choristers are likely to recognize. Barry can be a little hesitant at the start of the semester when he is seeing the music for the first time, but he quickly begins to catch on and join in.

There is a lot of research on the benefits of singing in a group. Singing releases oxytocin which helps choristers bond with the others they’re singing with. And while singing alone is still beneficial, in a group setting the benefits are amplified.

Debra Sheets, a professor in UVic’s school of nursing and Voices in Motion’s research lead, was intrigued by the idea that a choir could have a multitude of benefits for people with dementia. Her father had dementia for 17 years and, by the end, he didn’t really have any friends. Sheets’s mother, who was his primary caregiver, felt equally isolated.

“When people have memory loss, there’s so many things that fall away and it really threatens your sense of identity,” she said. “It makes you feel kind of vulnerable and meaningless. There are very few activities that are inclusive.”

In 2018, Sheets received funding from the Alzheimer Society to start the choir and study the benefits on people with dementia. After two years, the researchers found that the choir significantly increased participants’ quality of life and reduced depression among both the caregivers and people living with dementia.

Most notably, it reduced the typical cognitive decline of participants with dementia by half.

“It’s a very uplifting time, even though we might miss the odd note,” laughs Ken Patterson. He and his wife, Wendy, joined the choir in 2018 when Ken was diagnosed with dementia.

“Oh, you would know about that—the rest of us don’t,” Wendy quips.

The idea for a choir for people with dementia and their caregivers is not new, but Sheets brought a twist to the idea by inviting high school students to join. The students help some of the members with memory loss follow along during the songs, flipping pages and helping them find their place in the music if they get lost.

This allows the caregivers some respite from looking after their loved ones, but it also gives the high school students a chance to learn from the older members of the choir.

“It’s sort of like free therapy,” says Grade 12 student Amy Li, who has been singing with Voices in Motion since it began in 2018. “Like you’re helping others but they’re helping and guiding you as well. So it’s a really precious experience.”

Priscila Kumar, another student, added that she has learned a lot of life lessons from her three years in Voices in Motion.

“I think in school we constantly compare ourselves to other students,” she said, “but when we’re in a room with people who have faced the trials of life, and they’re still OK, I think it kind of taught me that no matter what I do, I will be OK.”

At last week’s practice, Priscila was called upon to tell the group about her recent exchange to Paris. As she finished, the room erupted into cheers and applause.

“I think it’s wonderful for them, too, to see what music can do,” Ken added.

The role of a caregiver isn’t always easy. For Dinah, her time is filled up with caring for Barry and concerns about what he’s doing and where he’s going. Voices in Motion is her respite for just over an hour. It’s one of the few times where she isn’t consumed with her role as a caregiver. “I can just sing,” she says.

Likewise, “delighted” is how Barry describes his involvement in the choir. For a supposed non-singer, that’s pretty high praise, Dinah said. Now, Dinah sometimes hears Barry singing around the house.

Outside of choir rehearsals, Dinah, Wendy, and some of the caregivers meet weekly on Zoom for the caregiver support group. Voices in Motion executive director and grief counsellor, Rick Bergh, started the group at the beginning of COVID as rehearsals went online and people became even more isolated.

“It really got us through COVID,” Wendy said.

Sheets’s research showed that caregivers are under considerable stress, but being a part of Voices in Motion significantly decreased their levels of distress. The support group builds upon that finding.

Members of the group can ask each other about situations they are experiencing with their loved ones, or just talk about their lives to people who understand.

“They become a wealth of information for each other, because it’s lived experience; they’re living the experience,” Rick said.

In 2019, the choir teamed up with local musician Kathryn Calder to write a song based on that lived experience. Calder, who was the City of Victoria artist in residence at the time, led the choristers through a group poetry exercise where they each wrote down how they were feeling on cue cards. She gathered all the cue cards and combined the phrases into the song, “Hand in Hand.” The song centres on the theme of community.

“Longing for the one you know; arms outstretched, and we start to sing,” the song begins.

Calder will join the choir on Sunday to debut the song. Local band West My Friend will also perform at the concert with their song, “How Could I Not Sing.”

This is Erica and Rick’s last concert with Voices in Motion, as they’re moving to Alberta where they will care for Erica’s mom who has short-term memory loss.

“I’ve learned so much from the people in the choir,” Erica said. “The resilience that they have is unbelievable. Their resourcefulness is amazing.”

But this won’t be the end of Voices in Motion—in fact, it’s only going to grow. A new choral director is taking over in Victoria, and Sheets says she is hoping to launch similar programs in more communities as soon as they can find some funding.

How a Victoria choir is helping people living with dementia
A stroke of madness: Meet the Cold Water Addicts, Victoria's bravest swimming group
Advocates and researchers say people with disabilities are left out of BC COVID strategy
Canadian Blood Services may loosen rules on gay men. Where does that leave transgender donors?
Updates to Victoria emergency psychiatric care are insufficient, say teen advocates
Isolated in Victoria: forging friendships in a city renowned for its chilliness 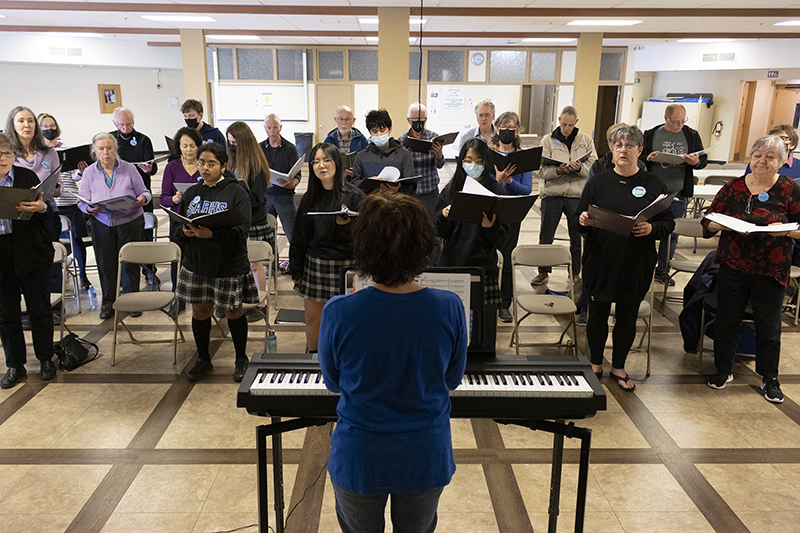 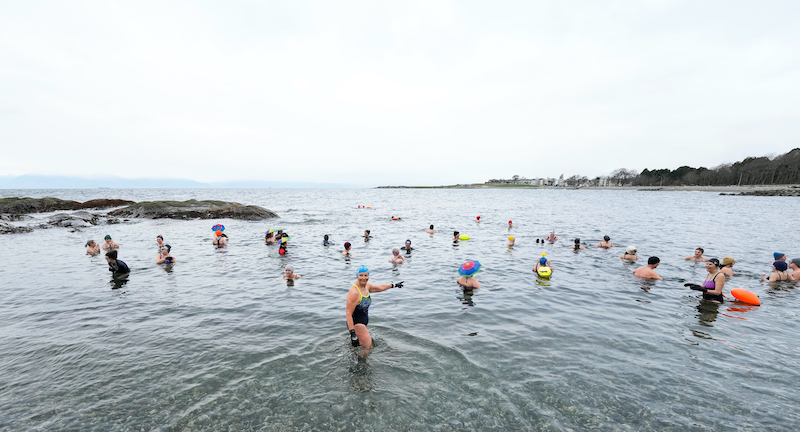 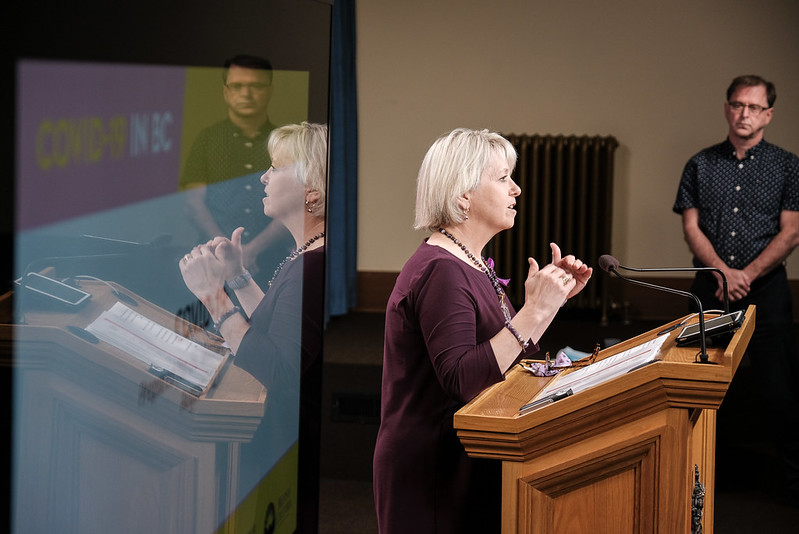