Suspended school board trustees McNally and Paynter reinstated by BC Supreme Court
COVID-19
News
Based on facts either observed and verified firsthand by the reporter, or reported and verified from knowledgeable sources.

September 29, 2021
Get the news and events in Victoria, in your inbox every morning.
Thank you! Your submission has been received!
Oops! Something went wrong while submitting the form. 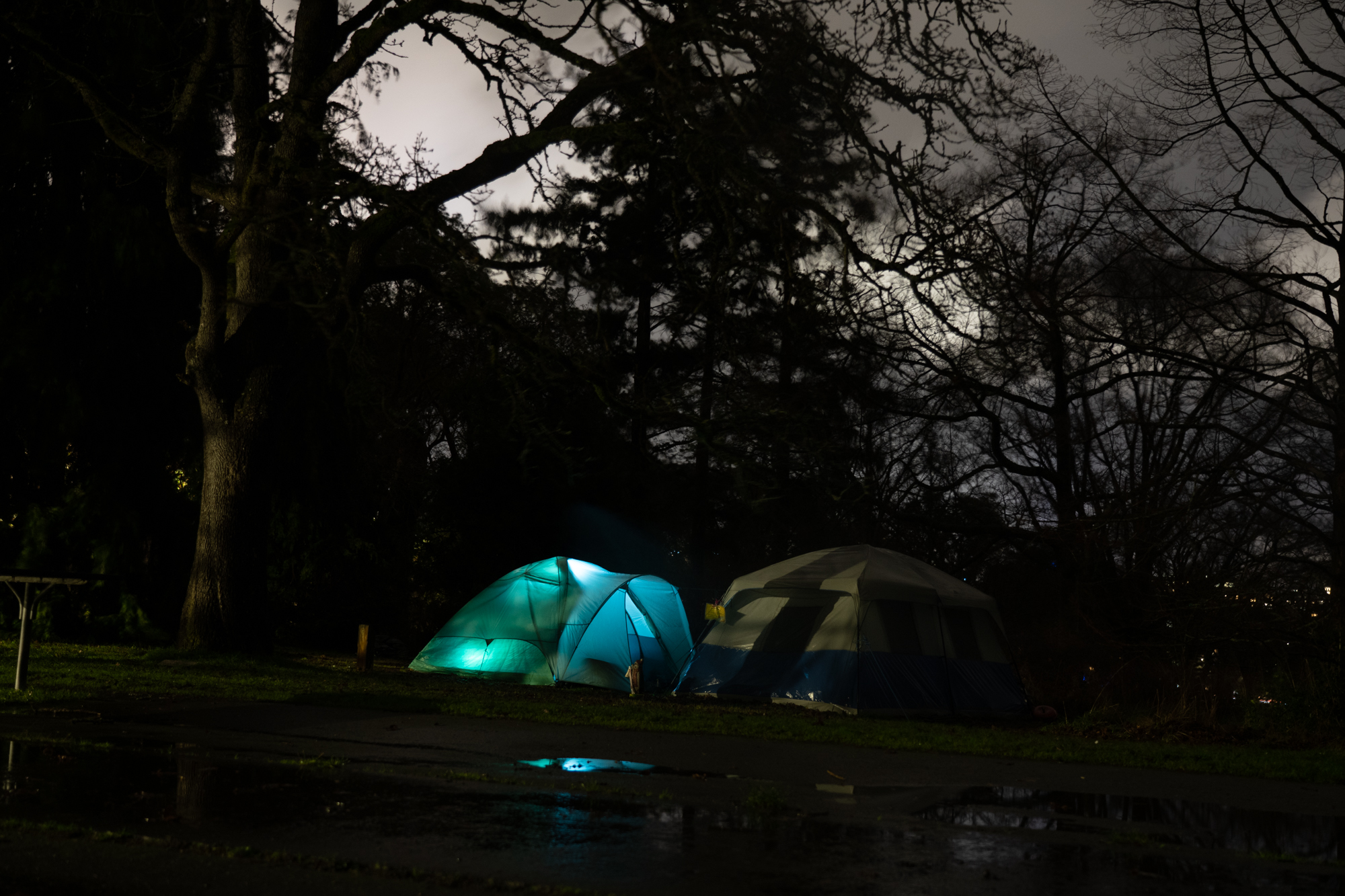 One week after Capital Daily obtained leaked internal documents showing COVID-19 cases are on the rise among the unhoused population in Victoria, neither Island Health, nor BC Housing, nor the City of Victoria has shown any plans for where they can go to self isolate.

As of Sept. 20, there were 10 cases of COVID-19 among people with no fixed address in Victoria—two days later that number had doubled to 20. In addition, as of Sept. 22 there were 205 cases among people residing in 22 temporary housing facilities across Victoria. No further information is available about latest case counts in this community, as Island Health has not declared an outbreak, meaning they are not required to disclose numbers.

At a press briefing on Sept. 24, Island Health’s Chief Medical Health Officer Dr. Richard Stanwick explained why the spaces set aside for unhoused people to isolate in are no longer available.

“The rooms we used for isolation have now been repurposed by the hotel industry into rooms for paying guests,” he said. “This wasn’t that we have all of a sudden been caught totally unawares, but some of the resources that we have relied on in the past… were not made available.”

In the absence of enough isolation spots to accommodate them, the 20-plus COVID-positive unhoused people have nowhere to go. Seeing this, one formerly unhoused person—who requested her name be withheld—decided to set up a tent with supplies like cots and medication at Topaz Park on Sunday, Sept. 26.

These items were donated to her by the Backpack Project, led by Niki Ottosen, on Saturday night.

“My parents actually support The Backpack Project. My mom buys things when she sees them on sale on Amazon,” Ottosen told Capital Daily. “She knew the winter was coming and she bought these cots and beds and a bunch of other supplies that we would probably need. I asked her if we could have them early and she said yes, so I took an entire carload down there.”

Along with cots and beds, Ottosen and her mom also donated basic medical supplies like blood pressure monitors, oxygen sensors, masks, hand sanitizer, gloves, bandages, and aspirin. The next thing she knew, Ottosen was receiving messages from people she knew asking whether she was at Topaz Park.

Within about an hour of  the tent being set up, City of Victoria bylaw officers showed up and confiscated the tent and all of the donated supplies within it, along with the personal belongings—keys, ID, etc.—of the individual who had organized the tent.

In the hour after that, Ottosen says seven sick, unhoused people arrived at Topaz Park seeking shelter and supplies, but had to be turned away because nothing was available.

“Bylaw came in with police—who were actually quite compassionate and tried to help my friend,” Ottosen said. “The police had asked for my friend’s personal belongings back … and bylaw said no to police.”

Shae Perkins, a formerly unhoused person who is currently an advocate for the community, said he knows one person who has COVID-19 who has been forced to move every morning due to the city’s 7 pm to 7 am camping bylaw. This individual also showed up at Topaz Park on Sunday, only to be turned away. “They slept on a bench in the fucking rain,” Perkins said.

“We didn’t want this to happen”

Dr. Stanwick said in his Sept. 24 press conference that “a tent is not a place to isolate, so I think it’s a bit of an academic argument to suggest that these individuals would isolate in these tents in the park,” while also offering no answers about where people are supposed to go if they’re unhoused and have COVID-19 symptoms.

The individual who set up the tent at Topaz Park told Capital Daily she had instructed unhoused people to stay away from busy places and from malls when they arrived seeking care on Sunday, but says there is no way to know for sure where people would have gone. She declined to comment further and said she is first awaiting a response to a letter she sent to Victoria mayor Lisa Helps.

For her part, Helps said she was informed of the incident at Topaz Park right away and called for a meeting that afternoon with Island Health and BC Housing. The three authorities have had several meetings since then, yet none have shared a plan of action.

Helps told Capital Daily on Monday that Island Health has opened several extra beds at the Sobering Centre on Cook at Pembroke, and that there are also extra beds available at Royal Jubilee Hospital for people who are unhoused and need medical attention.

This information was not relayed by bylaw officers or any other authority to people on the ground on Sunday, nor was Ottosen aware of these facilities being available until hearing about it from Capital Daily.

Nevertheless, it became clear during conversation with the mayor that these spaces, while welcome, will not be enough. She said the city is meeting with Island Health and BC Housing again on Wednesday to “continue to develop solutions.”

Helps added that this is an extremely difficult situation for all involved. “This was the worst case scenario. We didn’t want this to happen,” Helps said.

The situation is made more difficult by a Memorandum of Understanding signed between the city and the provincial government. The agreement was designed to prevent further encampments after most of the residents of the Beacon Hill Park encampment were moved into temporary housing facilities.

“We have the MOU with the province that says we can't allow encampments again,” she said. “We've all agreed to that.”

According to Helps, the city is prepared to declare a local state of emergency if they are given permission to do so by the province. At the moment, the mayor says all she can do is follow public health guidance.

“Dr. Stanwick said very clearly last week that a tent is not a place to isolate.,” she said. “If he changes his mind, we will follow his advice but right now we're just going on the advice that we have.”

Earlier in the pandemic, Island Health and BC Housing had made sure hotel rooms would be available for isolation, for situations exactly like this one, but Stanwick said those spaces were returned to the hotel industry. It is unclear how many there were at the peak, or who made the decision to give them up.

“It's very unfortunate in my mind that the spaces were relinquished,” Helps said. “I don't know why that happened. I think maybe everyone was hopeful, but that's not a strategy.”