July 16, 2021
Get the news and events in Victoria, in your inbox every morning.
Thank you! Your submission has been received!
Oops! Something went wrong while submitting the form. 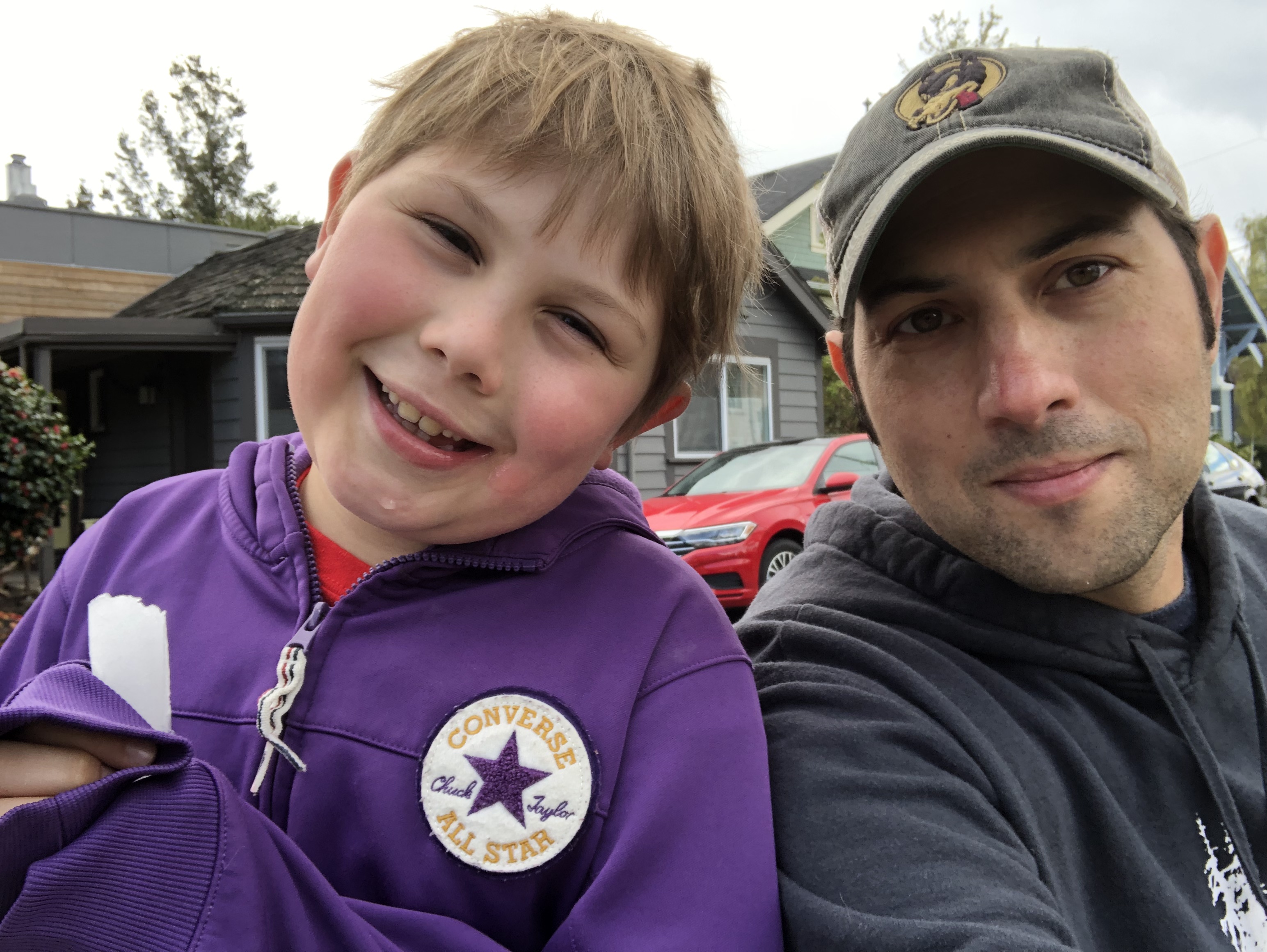 Most sixth graders, or adults for that matter, would hesitate when asked to recite a random word backwards on the spot. But for 10-year-old Victoria native Levi Budd, this is a skill he’s honed over half a lifetime.

With some prodding, I throw out a curiously specific word, the first one that comes to mind: “tapeworm.”

With no hesitation, Levi exclaims, “mrowepat!”

So that’s settled: I’m really speaking with the inventor of the levidrome.

One of Levi’s favorite types of words is a palindrome, or a word spelled the same forward and backward—such as racecar or kayak. When he was four years old, Levi would wake up his father in the middle of the night just to tell him about the newest palindrome he’d discovered.

“I went so far as to name a stuffy ‘Bob’ so that it could be a palindrome,” Levi said.

But when riding in the car one day in 2017, a stop sign prompted Levi to wonder what word—if any—existed to describe words that spelled different words when reversed, like stop and pots. Upon discovering no official word existed for the phenomenon, Levi’s parents helped him begin the campaign to get a word of Levi created to describe these words, “levidrome,” into official dictionaries.

The international sensation over levidromes that has unfolded over the four years since this campaign began is more than Levi or his father, Robert “Lucky” Budd, had ever dreamed.

“It is so exciting to see how this word has resonated around the world in the form of three beers, mugs, shirts, poems, contests, [and]  usage in books, magazines, online dictionaries, comics, schools, on radio, TV, photoshop contests, and games,” Lucky said. “Pretty amazing for one little idea with some initiative!”

A vast online community has developed around levidromes, with many people creating websites devoted to them and turning them into puzzles or poems. Since November, Capital Daily has joined in the fun and published regular levidrome puzzles on social media and newsletter for readers to solve.

Within the first year of launching the campaign, Levi’s story was shared by the Today Show and other news outlets across the world. Star Trek actor William Shatner, inspired by Levi, called on the Oxford English Dictionary to include levidrome into their next edition—and to the Budds’ surprise, the dictionary publishers issued a response video in November 2017.

“Lots of people know your word, and they know what it means, which means levidrome is well on its way into our dictionary,” said Oxford editor Rebecca Juganaru in the video. “After just five weeks, that’s really impressive.”

According to the video, Oxford English Dictionaries is keeping an eye on levidrome’s usage. If the word attained popular usage outside of Levi’s campaign, they said, it would be a candidate for inclusion in the dictionary.

Stefan Dollinger, a linguist and professor at the University of British Columbia, says that the current frequency of usage for levidrome puts it within reach for attaining official dictionary status. However, he has witnessed a “gatekeeping” mentality within the linguistic community around words born from campaigns that may be preventing wider adoption of levidrome into dictionaries.

“I think that excitement should rather be used to draw people in to make the dictionaries better and to encourage the playfulness that's naturally built into language rather than saying oh, you’ve got to wait 20 years and then we're going to decide when a word is a word because we are the custodians of the language,” he said.

“I think we generally need to move away from this sort of rule-governed nonsense that we've been socialized with.”

In his classroom, Dollinger uses the case of the levidrome—specifically, the resistance by leading dictionaries to include it—to teach his students about lexicographers’ unwillingness to recognize changes in language. But teachers from the United States to Australia also use levidromes to inspire their students to love language as much as Levi.

In Texas, special education teacher Kristyn Booth works with middle school students whose average reading levels are between those typical for first and fourth grade. By using “levidromes of the day”, she’s helped her students increase their vocabulary, build relationships, become comfortable with strategic problem solving, and have fun playing around with words.

“As a teacher, that is what levidroming has meant to me—a valuable tool,” she said. “On a personal level, it is a fun mind challenge which I truly think is more stimulating than a crossword. I’ve [met] new virtual Twitter friends that I enjoy interacting and laughing with.”

Although his story is known around the world, Levi’s parents have protected him from most of the media attention—speaking with me was in fact his first time being interviewed. Levi says he hasn’t totally escaped the attention, however; he remembers being recognized by strangers while at the pool or around Victoria.

Over the past few years, Lucky has shown Levi some of the ways levidromes have impacted people around the world, which Lucky has used his background as a historian and archivist to compile records on. When Levi heard about how classrooms in Texas were using levidromes, Lucky said, “You should have seen the smile on his face.”

To the people who now share Levi’s passion for levidromes, the word has come to mean a lot to them. I heard from readers across Canada who love to solve levidrome puzzles and are eagerly awaiting the day the word is adopted into mainstream dictionaries.

“Being a retired elementary school teacher and father of three boys, I loved the story of Levi, playing and pondering with word structure,” Robert Thompson said. “Levidrome puzzle play is a vehicle for like minded souls to share ideas, have a chuckle and otherwise feel less alone. I found it especially helpful emotionally during Covid isolation.”

“I am a proud member of the cheerleading squad that is trying to secure levidrome a place in our dictionaries, and I look forward to the day where we can celebrate its official recognition!” Nika Dragomira wrote in an email.

Levidrome has yet to be included in the Merriam-Webster or Oxford English Dictionary. For words like this, Dollinger says that five years of common usage is the average for smaller dictionaries to adopt a word, although words including “tweet” have previously received a fast-tracked path to official status.

To Levi, it’s not the dictionary status that matters so much as the enjoyment and linguistic infatuation that levidromes have brought to others.

“That's really what it's all about; it doesn't really need to get in the dictionary as long as a lot of people are using it,” he told me.

As a parent, Lucky continues to be proud and astounded at the global impact his son’s idea has brought over the past years.

“Regardless of what happens, the more people talking about language and engaging in conversations about words, it's a positive thing,” Lucky said. “It's just been really fun to just be a part of it and see it resonating out in the world.”

How the grassroots Community Laundry Program is making a difference with free, fresh loads