Fisheries minister renews BC salmon farming licences, maintains phase-out plans
Good news
News
Based on facts either observed and verified firsthand by the reporter, or reported and verified from knowledgeable sources.

July 9, 2021
Get the news and events in Victoria, in your inbox every morning.
Thank you! Your submission has been received!
Oops! Something went wrong while submitting the form. 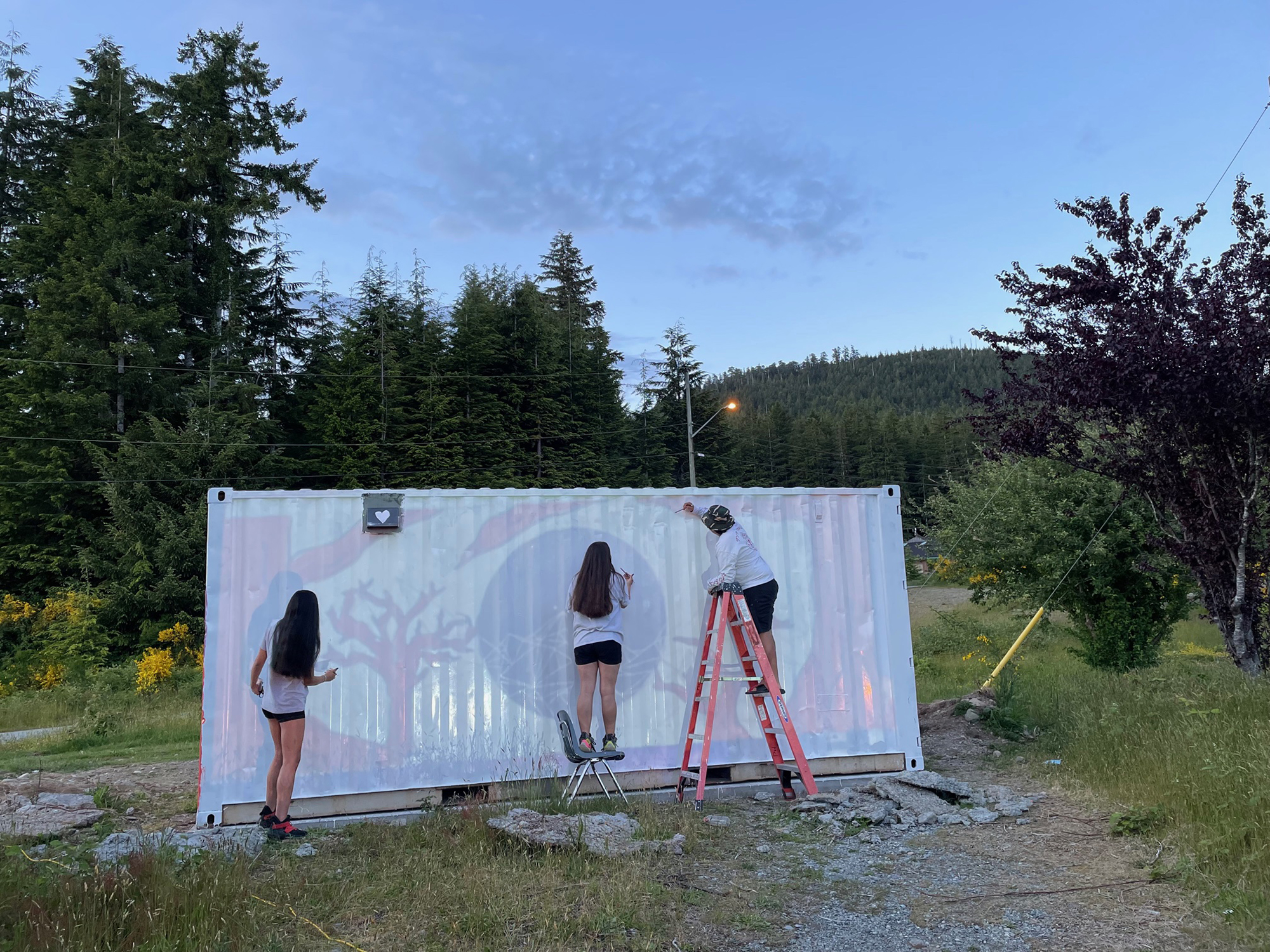 Blue bins may be ubiquitous throughout much of BC, but in the Nitinaht community, there have been limited options to dispose of cardboard, plastic, and other typically recyclable refuse. The funds and staffing required to operate a recycling program have not been available to this rural Indigenous community of 200 people on southwestern Vancouver Island.

As a result, residents say that much of the otherwise recyclable items have been thrown away, held on to, or burnt. All told, an estimated 110 tonnes of waste has been sent from the Nitinaht community to landfills each year.

But since June 2nd, thanks to the passionate work of a small group of students and staff from the Ditidaht Community School, a new recycling centre has provided a more sustainable path for the community’s future.

“The process of planning a recycling depot and then making it a reality has been an incredible journey,” said Kaila Pidwerbeski, a Grade 8-12 teacher at Ditidaht Community School who guided the school’s 14 high school students through this project. “It took about a whole year of planning before it came to fruition.”

It’s taken a lot of grassroots community work by Pidwerbeski and her students to make this project a success. When they first announced the project, they were met with some reluctance from community members who were unsure of its long-term viability due to the instability of previous recycling efforts.

But since the depot opened, students have been the community’s stewards for the project. They created flyers advertising how the recycling program works, answered any questions their neighbours had, and organized a pick up program to deliver recycling from Elders’ homes.

During the recycling centre’s two weekly drop-off days, students—now employed to work the centre this summer, thanks to grant funding—sort the plethora of recyclable materials that come in, from paper and plastic to styrofoam.

When Pidwerbeski first started teaching at the school two years ago, she was surprised to learn that although each classroom had a blue bin, the contents wouldn’t be recycled unless teachers drove it to the nearest recycling centre an hour and a half away. So, that’s what she did—along with starting to discuss the importance of recycling and sustainability with her students and applying for grants to create a recycling centre of their own.

“They were so keen to get this going, and seeing the students kind of involved every step of the way [made it] just a great and very rewarding project to be a part of,” she said.

When students decided a converted shipping container would provide the most animal-safe home for the recycling centre, the Synergy Foundation obtained one for them to refurbish and install next to the school. Once the container was in place, students got to work grinding rust off the exterior, resurfacing it, and painting murals on all four sides.

Fraser worked with Indigenous Services Canada to provide full funding for the recycling centre’s first two years in operation. This funding largely goes towards employing the local public works department to routinely bring the depot’s refuse out of the community for recycling. A site visit by Recycling BC has also been scheduled for the fall, which Pidwerbeski hopes will lead to long-term sustainability for the program if it qualifies for the First Nations Recycling Initiative.

“The recycling initiative is a great way to lead by example,” said Tina Joseph, a member of the Ditidaht Nation. “Our Ditidaht ancestors, and our neighbours, took care of the land before us, and this is a modern example of Ditidaht people continuing that work today.”

Pidwerbeski says she’s been surprised to see how much her students have embraced sustainability in their lives over the past year. One of her students began to refuse free toothbrushes from their dentist that aren’t biodegradable, and has encouraged their family to do the same.

“Every time they're drinking out of a yogurt container or a Gatorade bottle, they look at me now and are like, ‘I’m going to go recycle it!’” Pidwerbeski said. “Before, it would all go to the trash, so like their whole mentality around it has changed.”

Fraser sees the change this recycling centre project has brought as something that has not only impacted the Nitinaht community, but will have ripple effects across Vancouver Island.

“Had [Pidwerbeski] not reached out... we would not have received funding to support other First Nations communities wanting to do something similar,” Fraser said. “We're hoping to help support others thanks to her.”

Although the work to make the recycling centre a success is not yet complete, Pidwerbeski is optimistic. For her students, she knows this project is just the beginning.

“They've seen this come from nothing to a whole depot, so they know it's possible in the future [to make big things happen],” she said. “They're going to be the leaders in this.”