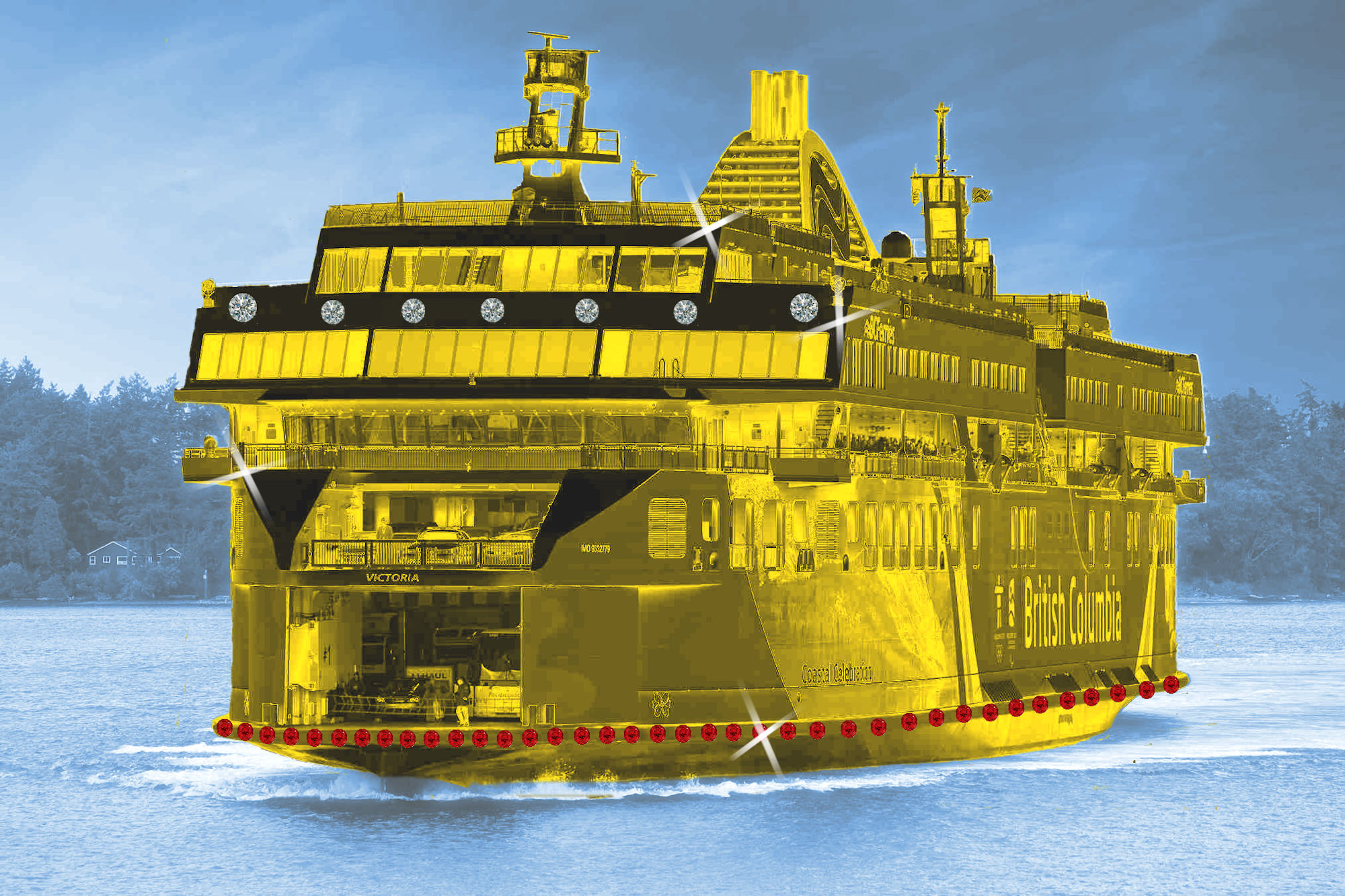 A couple months back, The Capital tracked just how much ferry fares have risen since the official debut of B.C. Ferries in 1960.What we found was surprising. The current cost of $74.70 to take a car and driver between Swartz Bay and Tsawwassen is indeed the highest it’s ever been —- but it’s not too out of whack with the prices of 60 years ago. Adjusted for inflation, that same trip in 1960 would cost $61.78.

But $75 is still a lot of money to move a car a distance of 48 kilometres; the approximately length of the sea passage from Swartz Bay to Tsawwassen. So, to really put B.C. Ferries prices in context, The Capital dug up the fare costs for 20 other ferries across Canada and around the world. Then, to best compare them to Victoria, we calculated what each of those ferries was costing per kilometre traveled. The results, in three charts, are below.

Despite operating in the same waters and serving a remarkably similar customer base, Washington State Ferries runs a much tighter ship than B.C. Ferries. Still operating as an arm of the Washington State Department of Transportation, the ferries dispense with the higher-end trim and trappings of their Canadian cousins. In addition, due to looser American marine safety laws, Washington State isn’t obliged to pack their ships with quite so many unionized staff.

The results are reflected above. With the exception of one route that is in place to shorten driving times to the Olympic Peninsula,Washington State Ferries is able to move cars across the sea at consistently lower prices than in Canada. The most glaring example is the Anacortes to Sidney Ferry. At $77 for a car and driver, it’s almost exactly the same price as the Swartz Bay to Tsawwassen ferry. However, for this price it travels an extra 15 kilometres.

Per kilometre, Vancouver Islanders pay almost exactly the same for their ferries as residents on Prince Edward Island. This is notable because Prince Edward Island motorists don’t have to take the ferry; they’ve had the Confederation Bridge since 1997. As for Newfoundland, those routes are a bit harder to compare because they’re so long. The absolute shortest route between Newfoundland and the mainland still takes upwards of nine hours and costs $164 for a car and driver. So, the per-kilometre rate is lower, but Newfoundland ferries also spend less of their time loading and unloading – and they’re almost guaranteed to be able to sell their passengers at least one meal.

The extravagance of casually transporting a car inside a boat is still a luxury largely reserved for the developed world. The entire continent of Africa has only a handful of small car ferries, and one of them is literally still powered by strong men pulling on a rope. So, all of the world's other car ferry routes are predominantly in Europe and East Asia.

To adequately rank B.C. Ferries against those other ferry systems, The Capital followed a few rules: We exclusively picked ferry routes that were serving islands, rather than peninsulas or across harbours for which there might be alternate land routes. We also overlooked ferry routes that require travelers to sleep onboard, which excluded most Japanese ferry routes. With the exception of the Dover to Calais ferry, these are also routes where, like Vancouver Island, there is no alternative to ferry travel for motorists due to the absence of bridges or tunnels. The results, show that while Vancouver Islanders may be getting hosed in the regional and national context, our ferries can be downright affordable when compared against the other car ferry-riding peoples of the world.

Notably, some of these markets are more expensive than B.C. despite having robust competition. Brits can take any number of private ferries across the English Channel, as well as the Chunnel, and yet even a sale price fare is still going to move them across open water at a more expensive rate than a B.C. ferry. The incredibly high cost to go to Sicily, meanwhile, is partly a function of the shortness of the trip; just 6.5 kilometres. A similar calculus exists within the B.C. Ferries fleet. As noted in chart one, the shorter your ferry ride, the less value you're getting per distance traveled.