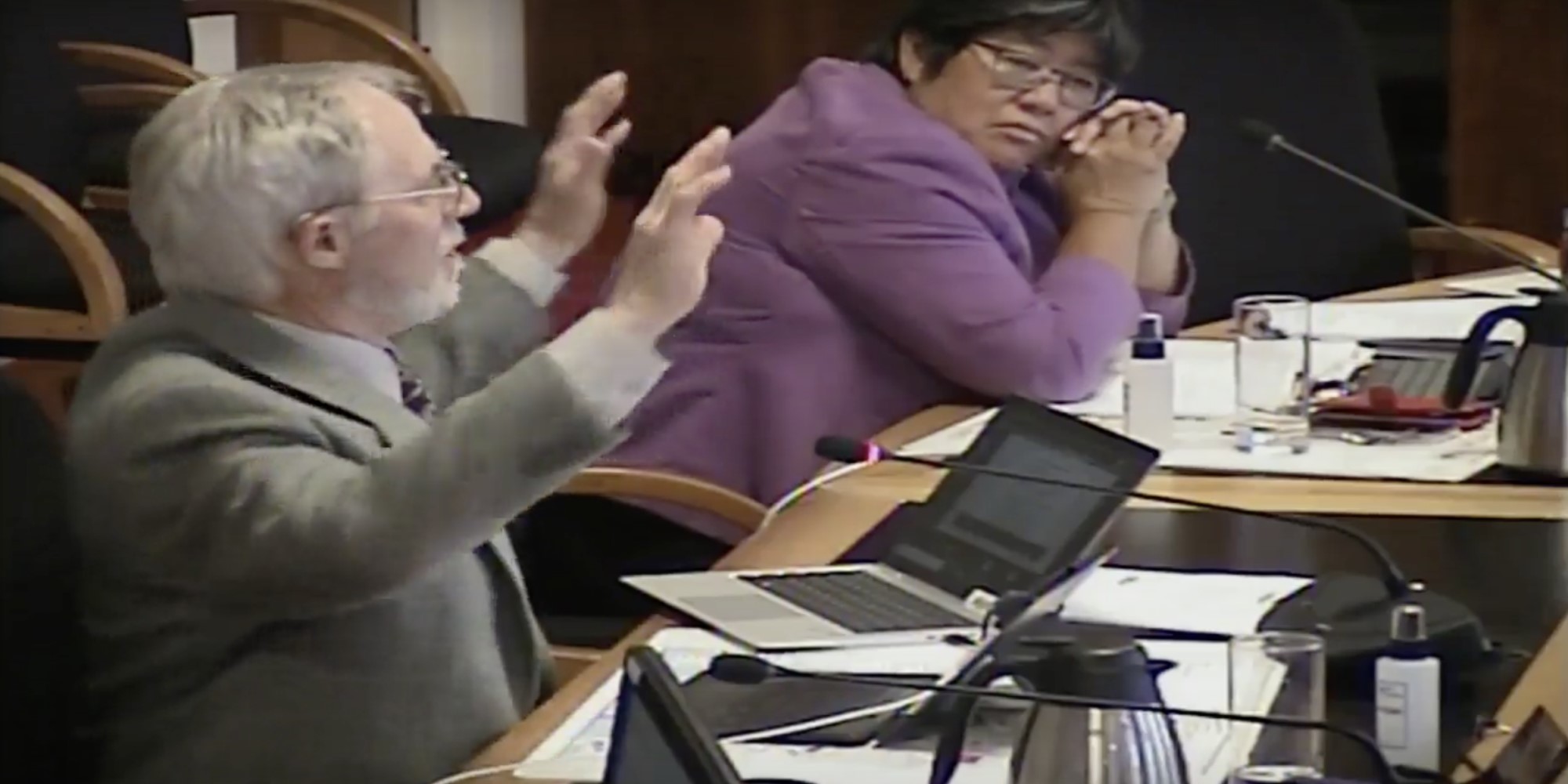 A long — and sometimes heated — debate at Victoria City Council Thursday ended with the approval of a motion to leave unoccupied tent shelters in public parks for up to three days.

The vote came one day after homeless encampments at Topaz Park and Pandora Avenue were dismantled by the province, but as an increasing number of new encampments have begun to appear at Beacon Hill Park.

Councillor Geoff Young, the sole member of council who voted against the motion, warned that the city was effectively greenlighting a new encampment.

“We are tethering our bylaw staff,” he said, at a council meeting. “We are basically ordering the creation of a new tent camp in Beacon Hill Park with this motion and I just think it's a deplorable direction for us to be going in.”

Council spent an hour and a half debating the language of the motion — put forward by Councillors Sarah Potts, Ben Isitt and Jeremy Loveday — ultimately agreeing to tell city staff not to remove abandoned or unoccupied shelters in green spaces until 72 hours after a bylaw officer has tagged them.

That would mean ignoring a city bylaw which says that tents and property cannot be left behind in public parks or green spaces after 7 a.m.

Items taken from any tents or structures that are removed are then to be stored in a secure facility for 30 days. Residents of shelters will be allowed to post a dated notice of occupation on a tent, which the city will consider proof that it is occupied.

The motion originally called for the policy to extend for the duration of the public health emergency related to COVID-19, but concerns about that indefinite timeline led councilors to adopt the policy until June 25, at which point it can be revisited.

The city and province have both come under extraordinary pressure to address concerns about the homeless population in Victoria and Vancouver, as outbreaks of COVID-19 have hit populations in Toronto, Boston and San Francisco in recent weeks. Pivot Legal Society, a legal charity that works on homeless issues, complained to the province last week that residents of the Topaz and Pandora encampments were being forced to abandon personal possessions when transferred to temporary housing.

Meanwhile, Young’s allegations the city was clearing the path for a new encampment prompted a heated exchange among council members.

“That's actually not at all what's happening,” said Mayor Lisa Helps, before asking a city staff member if they interpreted the motion as condoning a new encampment.

Young proceeded to interrupt Helps — and subsequently interrupted Loveday — by asserting that the interpretation of staff or the councillors who wrote the motion didn’t matter.

"It's not the mover of the motion's intent that matters, it's what the motion says,” he said.

“Councillor Young, you had ceded the floor and I had begun to speak and you had interrupted me,” said Helps. “That's fine. Let's call it a point of personal privilege.”

Young also raised concerns that structures appearing at Beacon Hill are too large, saying “the other day I noticed one that was basically 10 feet high and 20 feet wide.”

However, Shannon Perkins, the city's manager of bylaw and licensing services said there are separate rules for the size of structures in green spaces, and that the motion would not prevent city staff from enforcing those.

“This is a significant policy shift towards protecting the rights of our most vulnerable residents,” said Loveday. He noted that the policies outlined in the motion effectively affirm the acting policy of city bylaw staff, who have worked to avoid dismantling active shelters.

“Discretion is not something that we should be relying on, this actually takes away the discretion and says that that initial direction that [bylaw staff have] taken is the correct one,” he added.

At the close of the sometimes heated meeting Helps said "I was gonna apologize for losing my temper, I'm not sure if I did.”

"I think you were restoring decorum in the chamber and restoring order,” Isitt offered.

“This is the first time I’d ever wished for a gavel,” Helps said, before adjourning.