December 19, 2019
Get the news and events in Victoria, in your inbox every morning.
Thank you! Your submission has been received!
Oops! Something went wrong while submitting the form. 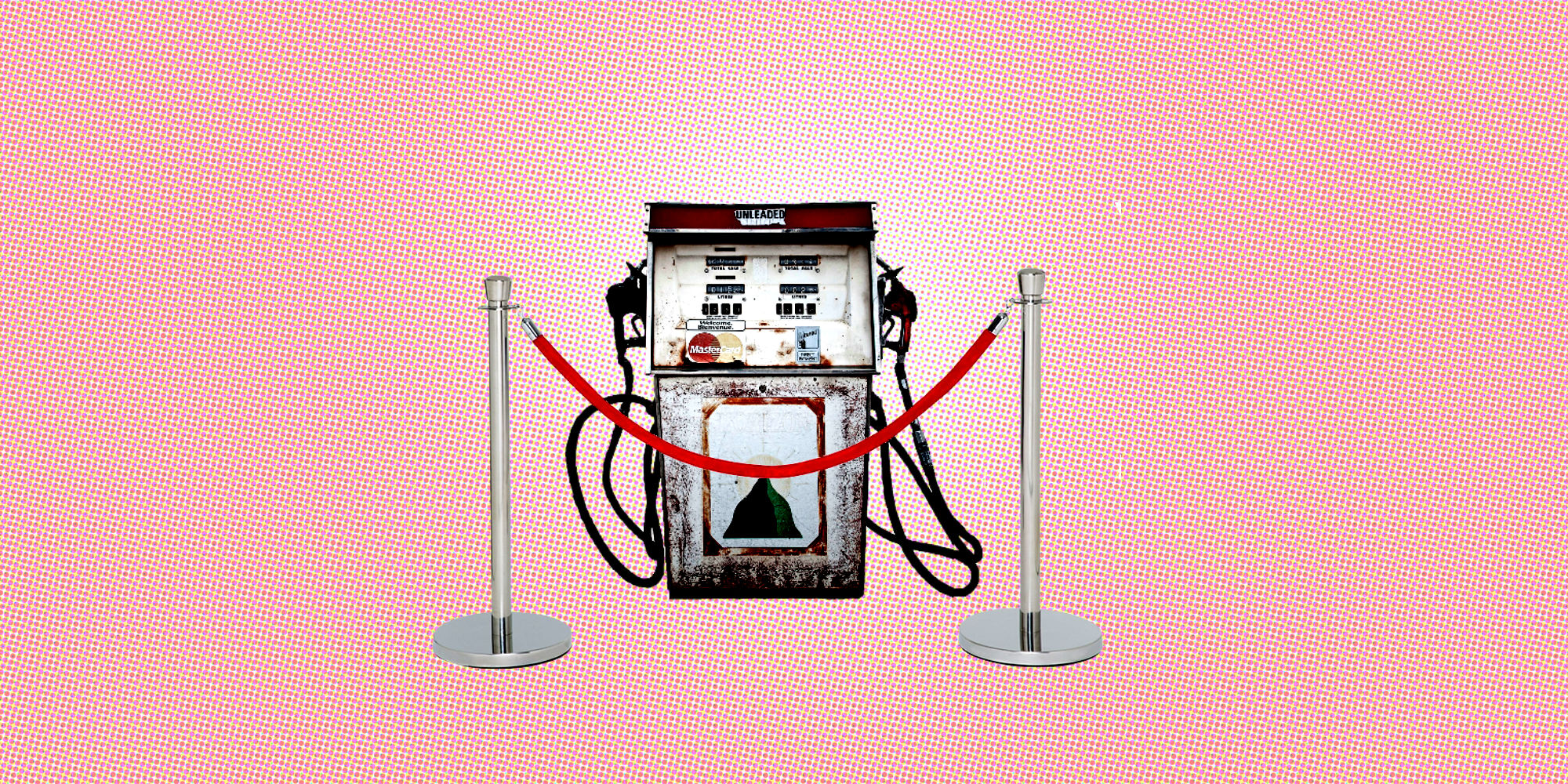 ‍In his year-end interview with CBC, B.C. premier John Horgan said that he hasn’t ruled out the possibility of bringing down the province’s persistently high gas prices through regulation. The statement came just a month after the B.C. legislature passed a new law mandating petroleum companies to disclose how fuel prices are set. “It’s incredibly frustrating to watch the price of gas shoot up for no reason,” B.C. Minister of Jobs, Trade and Technology Bruce Ralston said at the time.

B.C. (and Vancouver Island in particular) is indeed home to some of the most persistently high gas prices on the entire continent. But, as previously covered by The Capital, it wouldn’t be entirely accurate to say it happens for “no reason.”

So, The Capital asked its resident oil and gas writer, Ian King, to run the numbers and figure out just what B.C. could do to relieve pain at the pump.

Beg the National Energy Board for more Alberta gas

Most of the gas burned on Vancouver Island comes from Alberta. From 2015 to 2018, over 75 per cent of the gasoline sold in B.C. came was refined in Edmonton and piped to Burnaby through the Trans Mountain pipeline -- space permitting. Some of it comes from Alberta’s Refinery Row by rail car. From Vancouver, it’s barged over to terminals and waiting fuel trucks in Nanaimo.

Earlier this year, an inquiry by the B.C. Utilities Commission found a mysterious 13 cent “gap” between B.C. and Alberta fuel prices. Take a litre of gas in Alberta, ship it over the Rockies and  — even when you’ve factored in taxes and transportation —- that litre is magically 13 cents more expensive in B.C.

The gap stumped the Utilities Commission, but not University of Calgary researcher Kent Fellows. After digging through years of wholesale gas price numbers, he noticed an intriguing pattern: The “gap” got bigger depending on how backlogged the pipeline was.

The more the pipeline was “overbooked,” the more that shippers needed to find other more expensive shipping methods, such as rail. And the immediate result for British Columbians was more expensive gas. “If there is smoke here, the BC govt is looking for a fire in the wrong place,” wrote Fellows on Twitter.

And that gap has gotten particularly bad since 2015, when a little-noticed National Energy Board rule change effectively forced gasoline out of the pipeline in favour of crude oil. What the National Energy Board did was to ration Trans Mountain access based on how consistently a shipper was requesting pipeline space.

This was good news for crude oil shippers, since oil demand is pretty consistent all year. But refined fuels don’t have that luxury: Demand for gasoline is higher in summer, while diesel demand is greater in winter for home heating. That’s why, when the rule change was made, it was most strongly condemned by the likes of Imperial Oil and Suncor, who also happen to be some of the largest gasoline suppliers in B.C.

So, if Fellows is right, eliminating the elusive gap could be as simple as convincing the National Energy Board to allow more gasoline and diesel in the Trans Mountain.

B.C.’s fuel taxes are the highest in Canada, with Victorians in particular paying 28.89 cents of provincial and municipal taxes on top of federal GST and a 10 cent per litre federal excise tax. With the exception of Vancouver, Victorians pay more tax per litre of fuel than any other city in Canada.

If it wanted to, the B.C. government could instantly drop Victoria-area gas prices from $1.31 per litre to about $1.02 per litre. However, with B.C. burning through about five million litres of gasoline per year, cutting any taxes would come with some profound budgetary consequences.

Of Victoria’s 28.89 cents, 5.5 cents goes to B.C. Transit to pay for bus service in the Capital Region. And with bus fares paying for less than 20% of B.C. Transit operations, losing this revenue stream would impose a critical operating deficit on Capital Region public transportation.

Another 6.75 cents per litre goes to the B.C. Transportation Financing Authority to build new infrastructure, with 7.75 cents going to the province’s general revenue fund.

As we’ve covered previously in The Capital, one of the factors driving up Vancouver Island fuel prices is that the island has no refineries, and the only one in the region is too small to even cover a fraction of coastal fuel demands. So, Vancouver and Victoria are left to beg gas from whoever will sell it to them, up to and including tankers of refined product from Asia.

Under normal circumstances, this wouldn’t be a problem, since most coastal B.C. gas stations are only a short barge ride from a number of Washington State refineries that rank among the largest on the West Coast. But, B.C. maintains different fuel standards from Washington and Oregon, meaning that we can’t just buy whatever leftover gas the Americans might have lying around. Rather, we have to order special batches of gasoline mixed with biofuel in order to meet a more stringent carbon intensity requirement unique to B.C.

Having a common standard with Washington State would allow for freer trading of fuels across the border. Washington requires only an average of 2% ethanol in the gasoline sold in the state, leaving more room for suppliers to get their fuel from the cheapest possible source. The downside of harmonizing these standards, however, would be to undo years of work in B.C. to blend in the lowest carbon components for motor fuel.

The B.C. Utilities commission inquiry estimated the standard cost B.C. consumers an extra four cents a litre by 2019. Some refiners estimated the cost to be as high as seven cents, while biofuel suppliers pegged the cost lower. However, eliminating the standard would come with its own environmental cost. In the first seven years of its existence, the province estimated that the low-carbon fuel standard lowered B.C.’s net emissions by 7.7 million tonnes.

Unlike the existing Trans Mountain, the expansion wouldn’t carry refined fuels; it’s only designed to carry diluted bitumen, most of which would then be exported to the United States.  However, if you’ve got a dedicated pipeline only carrying diluted bitumen, that means more room in the existing Trans Mountain could then be filled exclusively with fuel earmarked for B.C. gas stations.

Indeed, that’s Trans Mountain’s stated plan. The pipeline company’s original application to the federal government indicated that, after the expansion was built, it would increase capacity on the existing line from 300,000 to 350,000 barrels a day, all for light products such as gas and diesel. Not only would refined fuels be getting a larger share of the pipeline, but since they’re less viscous they’re easier to pump — and thus more of them can be moved.

It’s not going to magically put B.C. gas prices on par with Alberta (you’re still going to be paying pipeline tolls, for one), but it stands to reason that having an easy way to pipe several hundred thousand litres of extra gas to B.C. is probably going to go some way to lowering prices. And, now that Trans Mountain is owned by the Government of Canada, it’s easier than ever for B.C. politicians to lobby for a future that would see more fuel piped west as soon as the expansion is operational.

The aforementioned Fuel Price Transparency Act, passed in November, requires fuel suppliers to regularly report volumes, sources, and the price of fuels they bring to B.C. for sale, along with how those fuels got here. The idea is to expose precisely how much of B.C. gas prices are due to costs, and how much is due to gas stations charging a little extra because they can.

Selling gasoline in coastal B.C. is a uniquely profitable venture, and is getting more profitable every year. However, even if every gas station in B.C. started operating as a non-profit, it wouldn’t budge gas prices all that much. Retail margins on gasoline in Victoria averaged 8.78 cents a litre over the first nine months of 2019 according to Natural Resources Canada data, compared to 7.44 cents nationwide. In that same period, Kamloops retailers took just over 6.5 cents. In Edmonton, where no B.C.-style disclosure rules apply — and where competition is much tighter — margins in that period stood at a razor-thin 3.24 cents.

‍Of course, doing any of these will probably make carbon emissions worse

Carbon taxes work by making gasoline more expensive, which in turn discourages people from buying it: It’s the exact same logic underlying cigarette and alcohol taxes. And if your goal is to get people to buy less gas, it doesn’t actually matter how that gas is made more expensive. Whether the price of gas goes up due to taxes, pipeline constraints or straight-up gouging, it has the same net positive for the environment.

Right now, Vancouver Island has Canada’s highest rate of zero-emissions vehicles and one of the country’s fastest growing rates of public transit ridership. Part of this is probably cultural, but it helps that Vancouver Islanders are consistently hammered with disproportionately high prices at the pump; a Nissan Leaf or a bus pass suddenly starts making a lot less sense when you’re paying Edmonton gas prices of 89.9 cents.

Researchers Chad Lawley and Vincent Thivierge famously analyzed gasoline usage in B.C. after the province’s 2008 implementation of a carbon tax, which ranked as the continent’s first. Even accounting for side factors such as transit improvements getting people out of cars, they found that a five cent increase in tax led to an 8% drop in gasoline purchases.

So, B.C. premier John Horgan is ultimately in a bit of a conundrum when it comes to gas prices. Lowering prices may play well politically with car-dependent voters in suburban B.C. (who were wooed by his 2017 pledge to eliminate bridge tolls in the Lower Mainland). On the other hand, he’s committed to lowering greenhouse gas emissions through the Clean B.C. program. It may not be pretty, but gasoline prices of up to $1.75 per litre are actually one of the most surefire ways of doing just that.