February 4, 2020
Get the news and events in Victoria, in your inbox every morning.
Thank you! Your submission has been received!
Oops! Something went wrong while submitting the form. 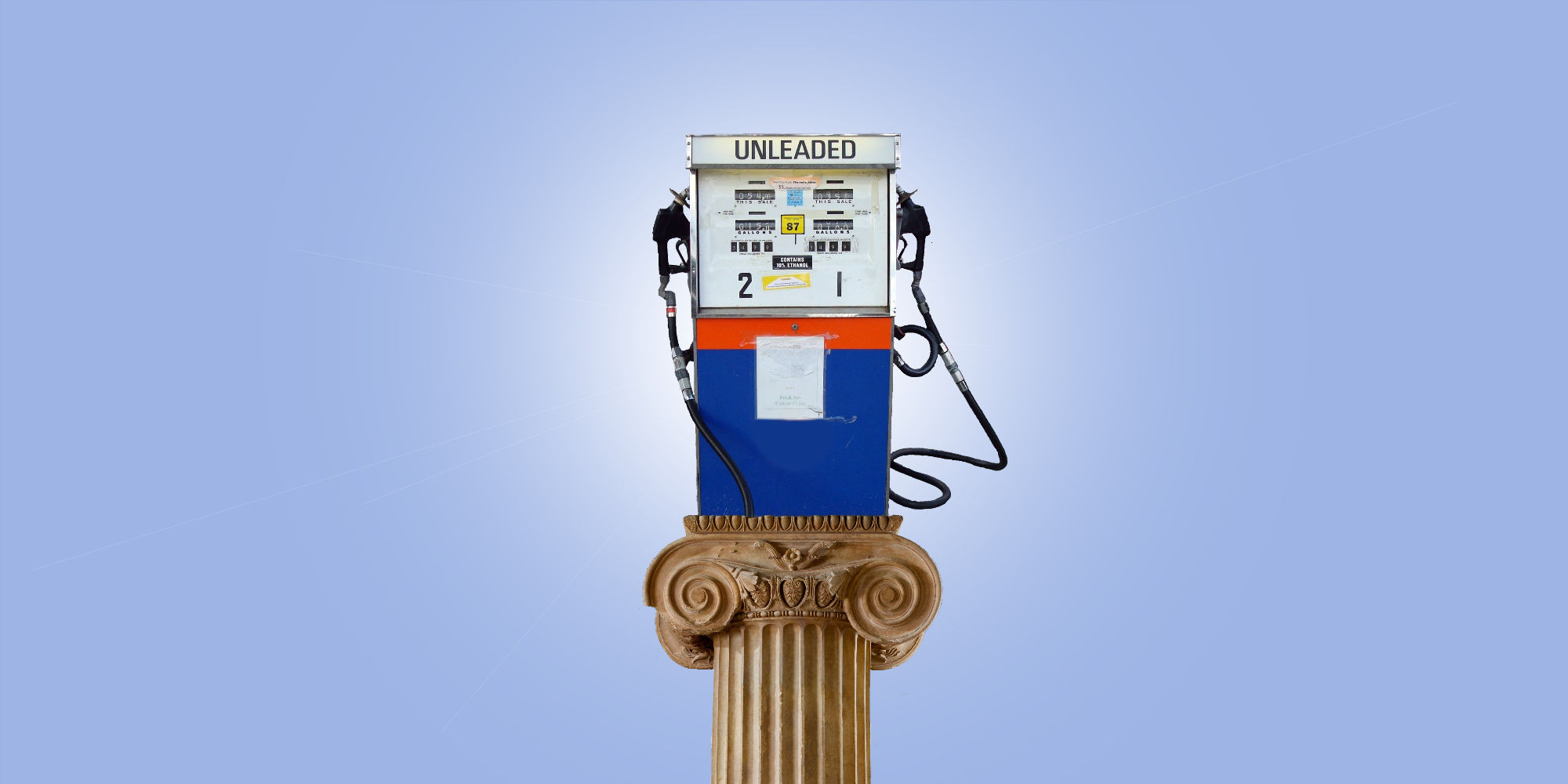 For the past week, Southern Vancouver Island has held the distinction of being home to the highest large market gas prices in Canada. Aside from remote corners of the Arctic, nobody is paying more for fuel than Greater Victoria. As of this writing, gas stations in Downtown Victoria were advertising 146.9 cents per litre, with the Co-op at Gorge Road and Hillside upping the ante to an incredible 165.9 cents.

Even in Vancouver, the traditional home of Canada's highest gas prices, gasoline is about $1.35. In Toronto, gas can be had for under a dollar a litre. In Edmonton, the cheapest litre of gas on sale is 83.9 cents; almost exactly half the aforementioned Co-op price of 165.9.

Back in November, we did the math on why it’s so much more expensive to run a Prius in Victoria than almost anywhere else. Our findings are reposted below.

At an average of 45.35 cents per litre in 2019,Victoria’s gas taxes are the second highest in Canada, trailing only Vancouver. Of that, 5.5 cents goes to BC Transit, 13.5 to the provincial government as fuel tax, and another 8.89 cents in carbon tax for a total of 28.89 cents a litre. Ottawa then takes 10 cents as fuel tax, and charges GST. So far in 2019, GST has averaged 6.46 cents a litre based on local prices.

The only higher price in a major Canadian market is in Metro Vancouver, where the local and provincial take is 35.89 cents a litre, seven cents more than Victoria’s. By contrast, oil-loving Alberta’s provincial gas tax is just 13 cents, with no carbon or transit tax. In Ontario, the province taxes gas at 14.7 cents with Ottawa charging an additional 4.42 cent carbon tax.

But even when taxes are set aside, Victoria is still paying a particularly high wholesale price for fuel. One of the main reasons for this are that there are no refineries around to make the stuff.There are none on the island and the only one on the Lower Mainland (the Parkland Burnaby Refinery) is relatively small, producing only enough to supply a quarter of the region’s fuel needs. As a result, Vancouver Islanders have to take whatever price they can get and then barge it across the Salish Sea. This barge ride alone means that, without factoring in taxes, Island gasoline is already 1.6 cents more expensive than in Vancouver.

BC requires a special kind of gas, which adds to the cost

There’s an awful lot of gasoline just across the water in Washington State. The Evergreen State has five major refineries just around Puget Sound, and it’s possible to stand on Dallas Road beach and see the steady line of Alaskan oil tankers enroute to supply them.

Naturally, it would be helpful to gas prices if the Island could top itself up with some of this plentiful, cheap American fuel. But it can’t: Just like a vegan at a barbeque, B.C. cars are required to fill up with a fuel that is chemically different than American gas.

Mandates for renewable fuel blends are common across North America, but B.C. has particularly strict requirements that aren’t shared by its neighbours. Across the water in Washington, the rules only require that ethanol makes up 2% of all gasoline sold in the state, and they aren’t picky about how it’s produced. In B.C., gasoline doesn’t just need to have more ethanol, but greener ethanol.

B.C. fuel suppliers have to lower the overall carbon intensity of their pool of products relative to what they were in 2010; 10% lower by 2020, and 20% lower by 2030. Marketers have responded, blending in alternatives from lower-carbon sources in recent years. Those that don’t make the grade have to buy carbon credits from the ones that exceed it. It’s a complicated system, and one that isn’t found in Washington or Alberta.

The end result is that Vancouver Island can never just buy some extra gas that America had lying around. Every litre of fuel consumed on the Island has to be part of a special bespoke batch at the refinery. And like any bespoke anything, it’s more expensive.

“You can’t just pick up gas on one side of the border and sell it here if you’re an entrepreneurial type looking for arbitrage,” says University of Calgary researcher Kent Fellows.

Are the gas stations gouging us? It’s complicated

Older Islanders may fondly remember Payless Gas, an independent chain famed for price wars in the 1970s and 1980s. Payless was able to establish its advantage by building its own tank farm and arranging for a steady supply from Washington State refiners. However, Payless is no more; after founder Allan Vandekerkhove sold the business in 1989, its assets eventually  ended up in Shell’s hands. Ever since, every drop of Vancouver Island gas is passing through a terminal either owned by Shell or Petro Canada.

Could more retail players bring back those gas wars? Probably not.

While Vancouver Island fuel retailing is dominated by only a handful of brands — Shell, Petro Canada, Chevron, Esso, Husky — it’s likely that none of them hold a big enough share of the market to unilaterally raise prices.

When the B.C. Utilities Commission reviewed market share as part of its inquiry into gas prices, they found that no company controlled more than 20% of B.C.’s fuel supply. The biggest single player is Parkland Fuel, owners of the Burnaby Refinery, which had control over the price of just 12.6% of the gas sold in B.C. The other major players (Shell, Husky, Suncor and 7-Eleven) each had control of less than ten per cent of the market.

Of course, Vancouver Island’s gas stations could always secretly band together to form an extortionist cartel, but that remains illegal and relatively easy to spot. “The Competition Bureau usually swoops in pretty quick,” said Kent Fellows.

If Victorians are getting hosed anywhere, it’s on the wholesale price

There are three basic prices to watch in the petroleum industry: The price of oil, the wholesale price of oil once it leaves the refinery and the at-pump retail price. According to Vancouver-based veteran consulting economist Marvin Shaffer, the most suspiciously high price in that chain is the wholesale price. “What bothers me is that you pay more in Vancouver than if you bought product in Edmonton and shipped it [to the coast] at available shipping prices,” he told The Capital.

One of the main reasons for this is that the TransMountain pipeline is full; even if it only costs 2.1 cents per litre to move it, there isn’t enough space to get enough gas to the coast. This is largely why Alberta refineries are only able to supply 70 to 80% of the gas B.C. imports and 60% of the diesel. The rest has to be scrounged from whoever will sell it to us.

This gap is usually filled by American refineries on Puget Sound. Serving a tight and isolated market, they sell at a higher price. Oil companies use the most expensive gas or diesel in their supply pool as the base for their pricing, enjoying high markups on the remaining cheaper-to-buy fuel. Shaffer points out that, “[the majors] don’t want to undercut their own prices” selling Alberta-sourced fuel closer to cost.

He suggests that if independent marketers could pool resources to get access to pipeline and terminal space, they could undercut the majors. But, as always, there’s only so much they can do when the pipeline is full.

Would a new pipeline bring prices down? Maybe, but maybe not

The TransMountain pipeline, which carries a mixture of refined fuels and raw diluted bitumen, is overbooked. Oil companies selling crude jockey for scarce position with companies looking to get refined gas and diesel from Alberta refineries. Every month, and every year since at least 2016, the line has made would-be shippers look elsewhere for their needs.

The 15.5 cent gap between wholesale prices for fuel on the Island and those in Edmonton is in part the price of congestion on the line, and the price of having to rely on Washington State to top up B.C.’s fuel needs. Could the TransMountain Expansion help relieve this?

Critics say “no”; the expanded pipeline is only intended to carry bitumen for export, not usable fuel for the West Coast. However, what it could do is free up space in the existing TransMountain pipeline, allowing more gasoline and diesel to flow westwards.

Getting hard-to-pump heavy oil off the old TransMountain line also allows for faster flow. TransMountain’s filings with the National Energy Board call for the line’s flow to increase 50,000 barrels a day to 350,000, all of it light oil and refined fuels.

“All we need is a small increase to have a dramatic effect on prices – to bring them down to prices we see in the rest of Western Canada,” says Fellows.

Marvin Shaffer doesn’t disagree but is more cautious. “It wouldn’t guarantee (lower prices), but there’s potential for more shipments. You’d need a concerted effort for independents to buy in Edmonton and secure transmission and terminal space.”