The Choirs' last concert in February of 2020

Four Victoria lakes you can bike to this weekend
Arts
News
Based on facts either observed and verified firsthand by the reporter, or reported and verified from knowledgeable sources.

March 11, 2022
Get the news and events in Victoria, in your inbox every morning.
Thank you! Your submission has been received!
Oops! Something went wrong while submitting the form. 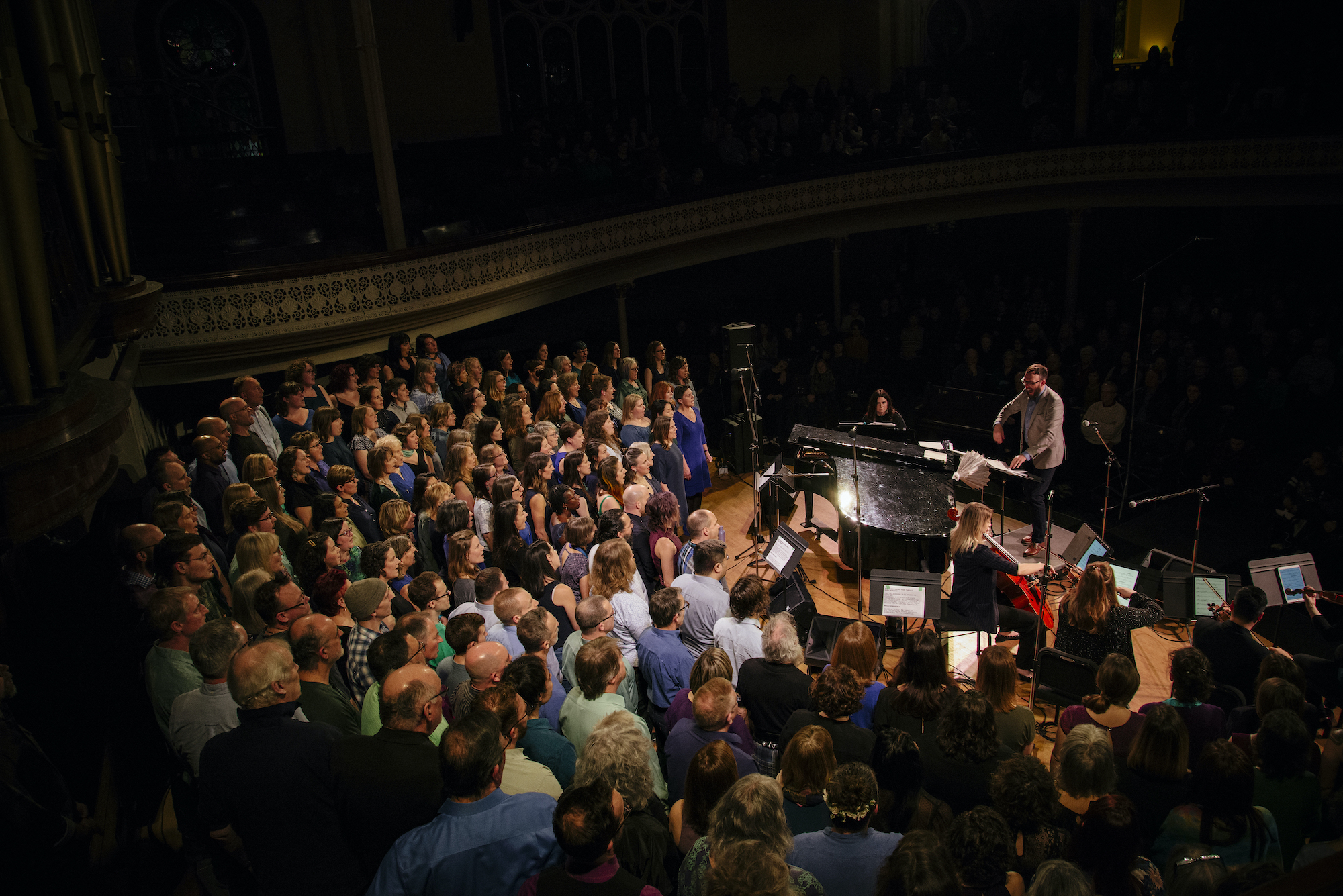 The Choirs' last concert in February of 2020

It’s been two long years since choir director Marc Jenkins has performed onstage with his singing ensemble known as the Choirs. In that time, he’s found himself coming back to one particular photo.

You can see 200 vocalists gathered together on the stage of the Alix Goolden Performance Hall, all facing Jenkins as he directs them through the climax of “Nonbeliever” by Lucy Dacus, their last song of the night. String musicians sit at the front of the stage, bows drawn. If you squint, hints of people in the packed audience are just visible in the shadows beyond the stage. It’s a shot from the Choirs’ last performance, on the evening of Feb. 1, 2020.

This is an image that fills Jenkins with joy and pride—he made it the screensaver on his computer—but also mixed feelings. Looking at it now, seeing hundreds of people close and unmasked on the verge of a global pandemic, he says it makes him breathe a little heavier.

“At the time, it felt like a moment of pure magic,” Jenkins said. “I can call to my memory that song, how it sounded, and how powerful it was. But when I look at that picture, I'm like, ‘Is that even me?’ It almost doesn't seem real.”

For the first time since that night, the Choirs are returning to perform on stage—and for a good cause. On the night of March 20, UVic’s Farquhar Auditorium will host the Choirs’ winter concert, featuring Vancouver Island songwriter Layten Kramer. Proceeds from ticket sales will support the Victoria Native Friendship Centre, and the ensemble gave 200 free tickets to Island Health staff.

The Choirs is composed of Jenkins’ three singing groups: the Chorus, the Choir, and the Mini Choir. As Capital Daily previously reported, the pandemic has brought many challenges for these groups, as the threat of transmission forced them to evolve their practices to singing online over Zoom or the video conferencing service Flock for the better part of the last two years. All of the groups have about half the numbers they did prior to the pandemic, which Jenkins attributes to lingering precautions around the pandemic.

Their winter concert was originally scheduled for February, but was postponed due to Omicron. Ahead of the upcoming concert, Jenkins is taking a poll of the vocalists, assessing if they would like to remain masked for the performance. If even one singer expresses they would feel most comfortable masking, he says the ‘one-for-all’ group will all be wearing masks.

Last year, Jenkins was able to introduce creative ways of gathering the groups for in-person and hybrid rehearsals, including practices on the sixth floor of the View Street parkade.

“Motorists drove by with wondering eyes and smiling faces,” said Cathy Yaskow, a member of the Choirs.

She was inspired to join the Choirs in September 2020, after her journey recovering from cancer gave her the courage to pursue a lifelong dream to sing in public. The upcoming performance will be Yaskow’s first public concert.

“Going into my first in-person concert ever is yet another way for me to stand up and live a courageous, wonderful life,” she said. “Singing fills me up, it’s profoundly healing.”

Yaskow is also the director of information stewardship, access, and privacy at Island Health—one of at least 17 members of the Choirs who works at the local health authority. She was involved in the decision to offer 200 free tickets to local Island Health workers, and is excited to share the soothing experience she gets from the Choirs’ performances with her colleagues.

“At an individual level, we hope lifting our voices together in song for our community and Island Health family will create space for our tired teams to feel nourished, rejuvenated and appreciated,” she said. “It’s time to offer healing to our healers and the teams who enable and support them to be their best.”

Jenkins is also looking forward to bringing back one of his favourite parts of the Choirs’ concerts: shining a spotlight on the work of a local group, and supporting them through donated ticket sales. Many organizations have been featured in the past, including the Victoria Sexual Assault Centre and Our Place.

But since their last in-person concert, Jenkins has largely focused their donations to the Victoria Native Friendship Centre, which helps provide services for housing, health, education, career resources, childcare, and more to Indigenous people across Greater Victoria.

Although Jenkins isn’t sure how many tickets they will sell, he says the Farquhar Auditorium allows enough space for this to potentially be their biggest show to date. It also brings with it the promise of COVID safety: “It has the sexiest of qualities in 2022, and that is absolute world-class air filtration,” he said.

That doesn’t mean this performance has left Jenkins without his fair share of nerves, though. He anticipates the experience standing back on stage alongside the 100-strong choral group will be surreal—and has started taking online yoga classes to help himself prepare.

Ultimately, though, this is a moment he’s been looking forward to for two years.

“I think what people need is to be reconnected with a sense of belonging and community, and I think the best way to do that is through inclusion, love, and kindness,” he said. “My favourite way of doing that is through singing together with as many people as I can comfortably—slash safely—sit on the stage together.”

To Yaskow, it’s a testament to the passion and hard work of Jenkins and the group’s accompanist, Erin Grey, that the group has made it through the pandemic together to sing on stage once more.

“It is notable and laudable that while many choirs ended or went into a long hiatus during the pandemic, this one did not and it’s because Marc invested such thoughtfulness, innovation, and energy into keeping it going, even when the return on investment was very low for him,” Yaskow said.

“He recognized the power of the collective ‘we’ and our voices, in whatever form they took, to support and lift the community and each other during these dark times—and together that made, and makes, us just want to do and sing even better.”

‘Think a little bit differently’: First-in-BC Creative Reuse Centre opens in Victoria
Polaris Prize-nominated rapper Shad on disconnection, the death of discourse, and how we might turn things around
The Choirs' first concert in two years will raise funds for Native Friendship Centre
Victoria author Wendy Proverbs's tween book captures the pain of distance in the Sixties Scoop
Rebel music: the story of Victoria street legend Hans Fear
Inside a hollow library book, a secret library 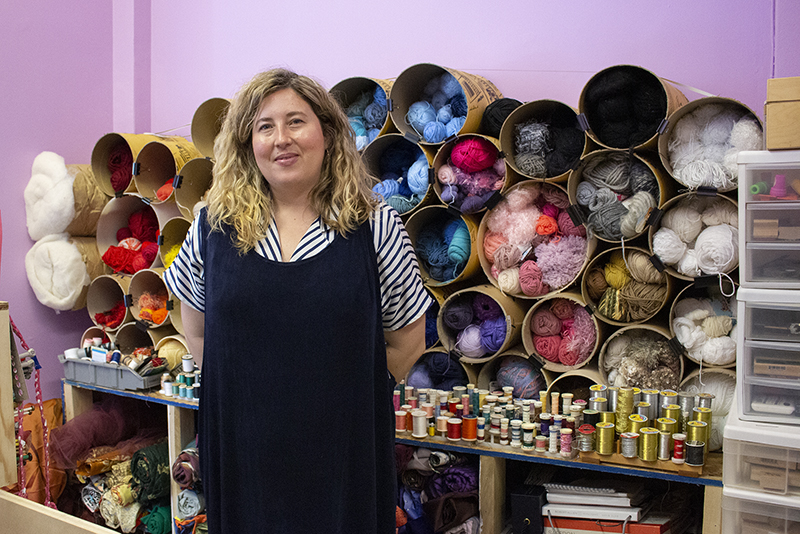 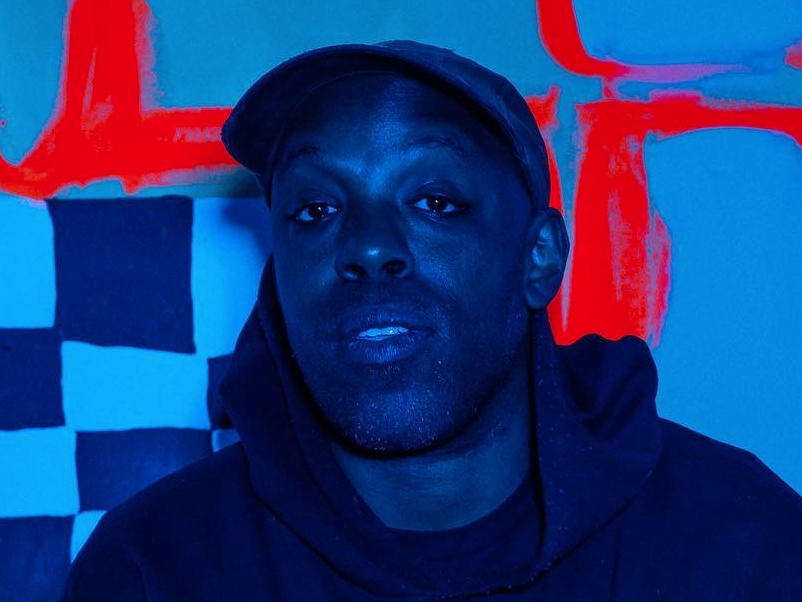 Polaris Prize-nominated rapper Shad on disconnection, the death of discourse, and how we might turn things around
The Juno Award-winner visits Victoria's Capital Ballroom on June 8