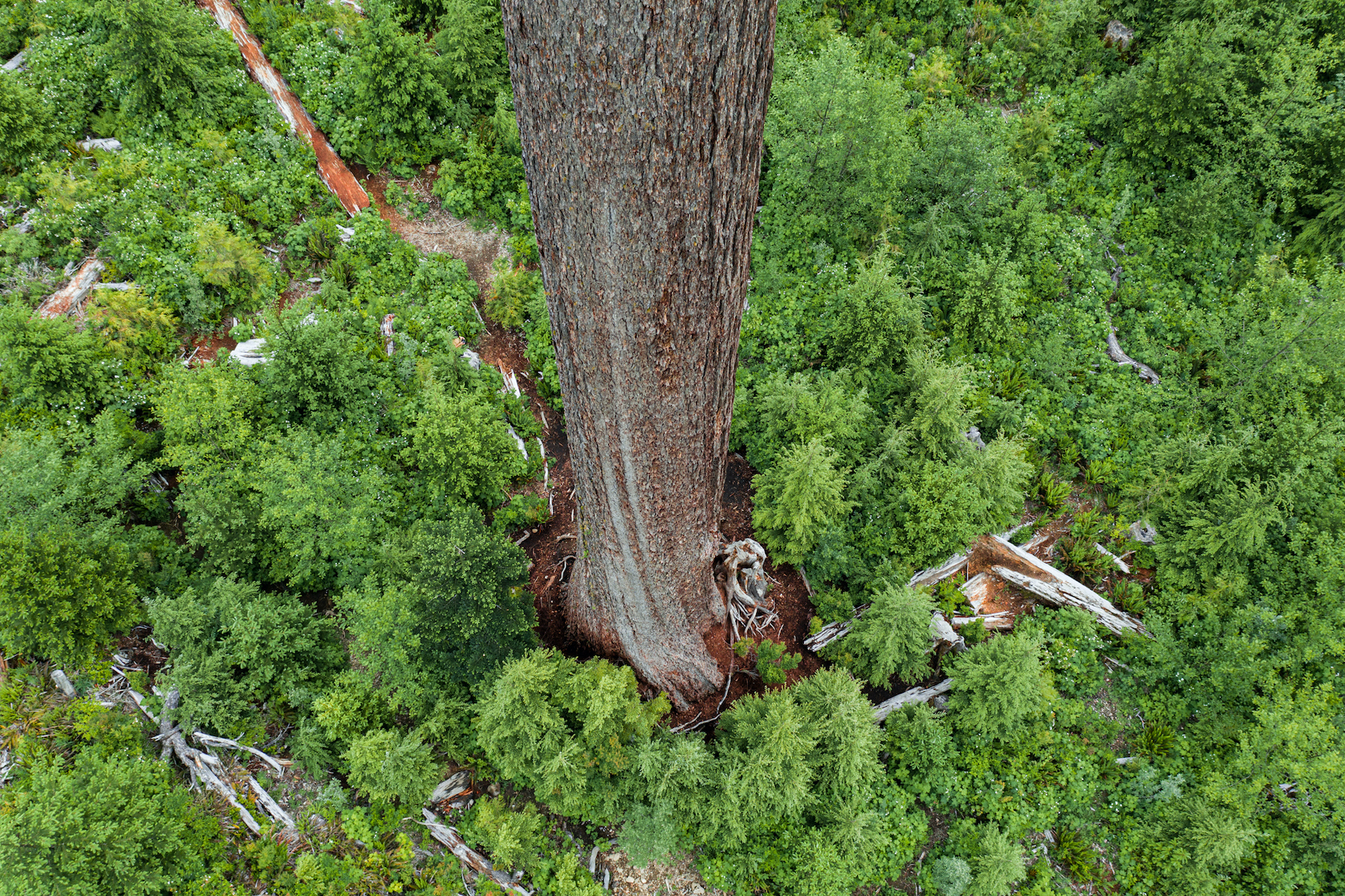 Climate change is tilting the fine balance between trees and the microbes and pests that afflict them in the woods of British Columbia. Scientists are now trying to stay ahead of Swiss needle cast, a harmful fungus that targets one of BC’s most important trees, the Douglas-fir. It’s not new to the province, but only recently has it become a real threat.

This summer, when Juergen Ehlting hiked through Douglas-fir plantations on the east coast of Vancouver Island, he knew something wasn’t right. Almost everywhere he looked he saw red-tinged branches.

“This was the first year we saw major outbreaks from Parksville to Quadra Island,” says Elhting, director of the Center of Forest Biology at the University of Victoria.

The biologist started closely tracking the pathogen five years ago when it first started to hit Douglas-firs in southwestern BC. Though the fungus is rarely lethal to trees, it strikes at the heart of their life-sustaining mechanism, photosynthesis. It attacks needles and clogs the stomata, the microscopic pores through which trees absorb carbon dioxide from the atmosphere and release oxygen. The result is red, dying needles on the tips of branches and stunted growth rates for the tree.

Given a stable climate, Ehlting describes the relationship between the tree and the fungus as a “live and let live” scenario, meaning, the host and pathogen have co-evolved to co-exist. The fungus could do its thing but not get carried away, and trees would generally recover quickly from year to year. But that’s no longer the case. The climate on BC’s south coast, like everywhere, is changing. Milder winters and moister springs have created more favourable conditions for Swiss needle cast. Consequently the fungus, which mostly targets young trees up to 15 years in age, has been spreading like wildfire.

Ehlting estimates that 90% of the young Douglas-fir stands he saw around the Comox Valley were infected by the fungus—the biggest infection he’s seen to date on Vancouver Island.

So new is this threat that up until a few years ago, Swiss needle cast wasn’t even listed by the BC Forest Service as a pathogen of concern. That has given forest biologists little runway to plan a strategy to deal with it.

In the 1990s, forest ecologists in Oregon started noticing more and more Douglas-     firs infected with the fungus. Since then more than 250,000 hectares of Oregon forests have been impacted, along with another 100,000 hectares in Washington State. Study plots in Oregon showed that the fungus cuts growth by 25% annually on average, and by as much as two-thirds in severely infected trees.

The epidemic is now costing the Oregon forest sector an estimated $162 million annually. In an effort to stop the spread, forest companies in that state started replanting logging cut blocks with more western hemlock, which is resistant to Swiss needle cast. According to Ehlting, the strategy helped keep the pathogen in check.

But there was a problem: western hemlock is a far less economically valuable tree than Douglas-fir. On Vancouver Island, the species is often left to rot, or piled up to burn in slash piles after the logging crews are finished harvesting the more valuable trees in the area. In 2019, a cubic metre of hemlock (about a telephone pole’s worth of unprocessed wood) fetched less than 60% of the price of Douglas-     fir.

That’s why the solution for BC could be found in the research labs at UVic, the University of British Columbia and the University of Alberta. Though we might not be able to do much about the climate in the short term—even optimistic projections show worsening climate change until mid-century—we can tweak tree genetics. According to Ehlting, breeding for resilience is likely a much better long-     term solution than swapping out Douglas-fir seedlings for other species as the Oregon companies have been doing.

Tree genomics is familiar territory in BC. The mountain pine beetle epidemic that began in the late 1990s was “a huge wake-up call,” says Ehlting.

In a 15-year rampage propelled by successive mild winters, the pine beetle decimated 20 million hectares of BC  and Alberta forest. It led to a suite of provincially funded research into tree DNA and identifying genes that build resistance to disease, pests, drought and other environmental stressors. Among those studies, researchers at the Pacific Forestry Centre in Victoria are unpacking the DNA of western red cedar and trying to pin down genes that are activated during times of drought and excessive heat. They’re also attempting to breed cedars that are more resilient to a fungus that attacks the tree’s roots and causes rot. At the same time, a research collaboration between Genome Alberta and Ontario Genomics is mining the DNA fingerprint of lodgepole pine trees that survived the mountain pine beetle for clues about natural resistance to the pest.

If Swiss needle cast wasn’t on the radar of the forest industry before, it certainly is now. Domenico Iannidinardo is chief forester for Mosaic Forest Management, the company that manages the private timberland holdings of TimberWest and Island Timberlands on Vancouver Island. He says they haven’t assessed the potential economic cost of Swiss needle cast, but is confident that species selection and breeding will allow Vancouver Island’s forest sector to mitigate the losses.

“We first ensure we plant the best species at any particular site and then we work to ensure those trees have as much resistance to pathogens as possible,” says Iannidinardo, who is also industry co-chair for the Forest Genetics Council of BC.

He points out the Tree Improvement Program’s success in producing white pine seeds that are more than 50% resistant to the damaging white pine blister rust.

These are early days in the fight against Swiss needle cast. Ehlting is part of a team of government and university researchers studying the fungus and Douglas-fir’s tolerance to it. The goal of the project, jointly funded by GenomeCanada and GenomeBC, is to isolate “families” of this species that are more resistant to Swiss needle cast.

“Our hope is that within two to three years, we will have parent trees in a seed orchard,” Ehlting says.

Until then, Ehlting expects that this tenacious little fungus will continue to spread amongst the youngsters of the iconic Douglas-fir, one of BC’s most coveted and recognizable trees. 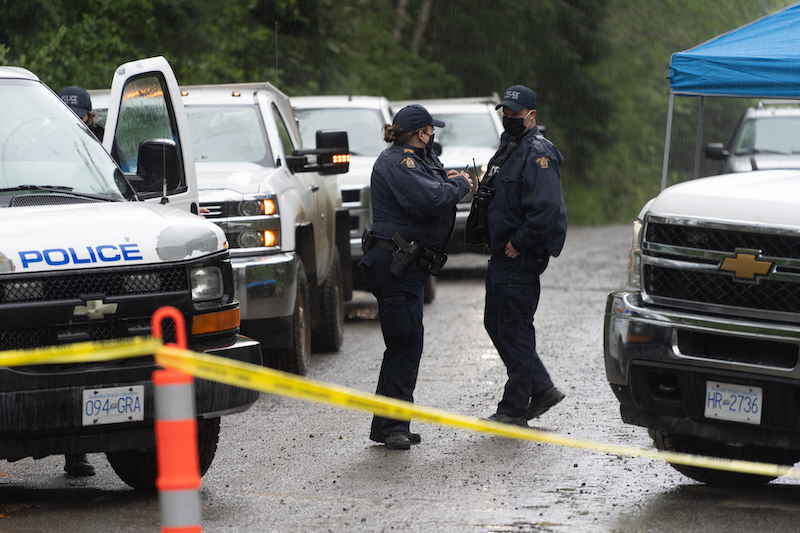 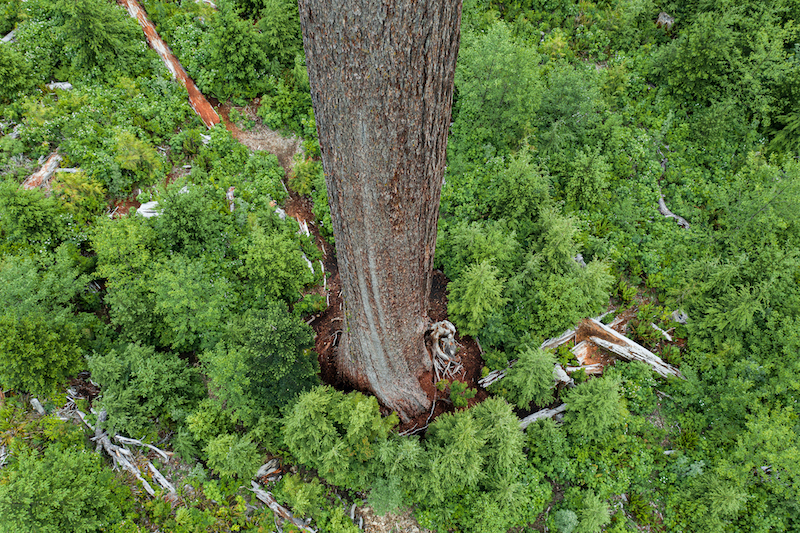 Covid? Vancouver Island's foresters have another disease to worry about
A few years ago, Swiss needle cast wasn’t even listed as a pathogen of concern. Now, with help from climate change, it's everywhere. 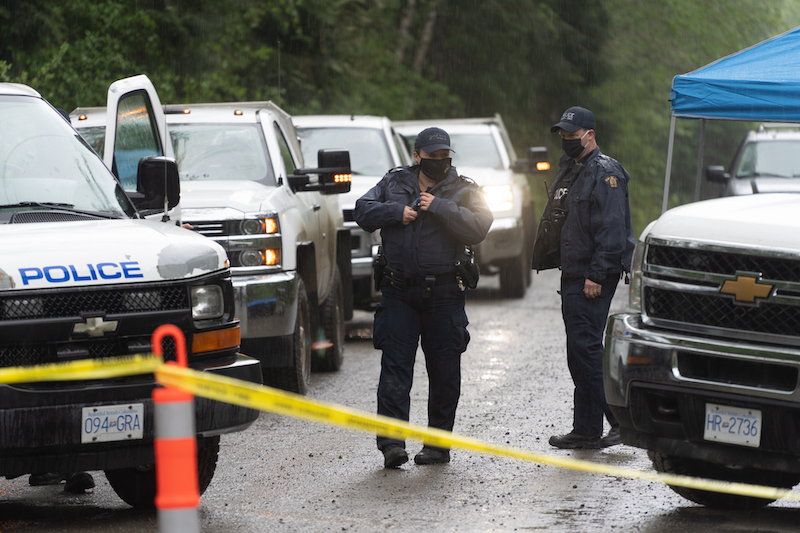 Could Fairy Creek change court precedent?
Lawyers for the blockaders want public interest to be considered in judge's decision over injunction
Have a tip?
Use our confidential inbox