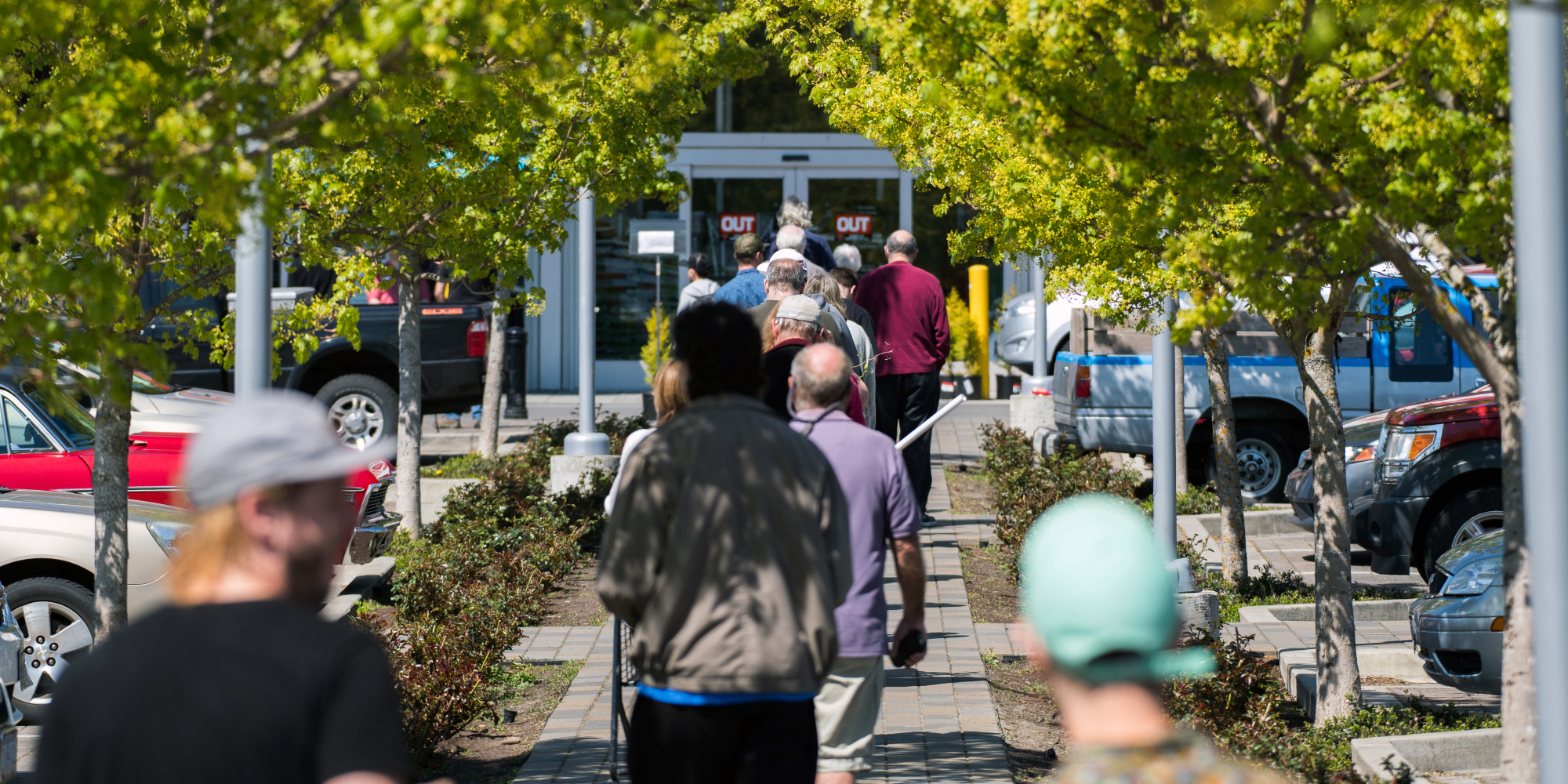 As of this writing, there are zero cases of COVID-19 on all of Vancouver Island. But as provincial health officer Bonnie Henry has warned, there is still ample travel between Vancouver Island, the Mainland and even the United States. And all it takes is one asymptomatic traveller to bring the province right back to where it was in early spring, particularly if we’re all going to be riding buses and meeting for drinks again.

The Capital has previously run down the best available science to show where and how COVID-19 is transmitted. But another month has yielded another bounty of data, so here is part two in our guide to what works—and what doesn’t—in steering clear of the novel coronavirus.

It was probably here much earlier than we thought

Data in the US has increasingly pointed towards COVID-19 spreading unchecked through the population as early as January, at a time when public health officials were still confident they could contain the disease through traditional methods such as contact tracing.

But even more chilling data has recently emerged from Italy. By testing samples of wastewater collected from Milan and Turin in December, 2019, researchers found telltale evidence of the novel coronavirus, indicating that the disease had a solid European beachhead long before China had even confirmed its existence.

If anything, this news is good reason to be vigilant even if BC’s COVID-19 active cases continue to remain low. Because apparently, it’s possible for the novel coronavirus to be running wild through your country for weeks on end before anybody notices.

Children do indeed seem to be particularly resilient to the virus

Children are usually among the most dangerous spreaders of infectious disease; in years past schools and daycares have frequently served as the epicentres for flu and measles outbreaks.

But as is now abundantly clear, COVID-19 is different. As the worldwide death toll tops 400,000, vanishingly few of these have been patients under 20 years old. And of the children that have succumbed to COVID-19, up to four fifths of them had pre-existing medical conditions.

A new study that draws on data from six countries, including Canada, now shows that not only are children well-equipped to survive COVID-19, but they’re less likely to catch it in the first place. Researchers estimated that patients under 20 years old were half as susceptible to COVID-19 infection as patients over 20 — and the disparity gets even sharper when children are compared to people over 70.

“Accordingly, we find that interventions aimed at children might have a relatively small impact on reducing [COVID-19] transmission,” wrote researchers. In other words, there’s good science behind BC’s decision to reopen schools and playgrounds even while many adult venues remain closed.

Mass gatherings are still the number one thing to avoid

You can now go to a bar, restaurant, museum and even a barber shop in BC. But there’s one activity that’s still going to be off-limits for some time to come: Large, tightly packed gatherings.

Despite all the wiping down of elevator buttons and Amazon packages that we’ve been doing, COVID-19 has not proven to spread all that well on surfaces. The US-based Centres for Disease Control still maintains it's "possible" to pick up the virus from a handrail or doorknob, but that COVID-19 "does not spread easily" by touch alone.

Rather, the way to get COVID-19 is to have an infected person breathe on you for 10 minutes or more.

As COVID-19 resurges in areas that have tamed the virus, it is indeed occurring in areas that fit these parameters. Saudi Arabia, for one, saw a spike just after Ramadan, when much of the country would have been gathering indoors with extended family. A single Fraser Valley family gathering was behind a recent surge of 15 cases observed in BC. In Oregon, a single church that defied public health orders is now the epicentre of the state’s largest outbreak.

The outdoors are your friend

It could take weeks to truly evaluate what effect mass rallies have had on public health. Attendees were almost universally young and thus insulated from the worst dangers of COVID-19, but the gatherings could nevertheless have kickstarted a chain of infection that eventually led back to a senior citizen or immunocompromised person within an attendee’s inner circle.

Fortunately, early evidence seems to be showing that Black Lives Matter rallies did not turn into viral bombs. Guelph, Ontario saw a spike in cases after its own 5,000-person Black Lives Matter rally, but when public health officials traced the origins of the increase they found none had a connection to the protest.

One likely factor in the rallies’ favour is that they all occurred outside. Here is a massive database of known COVID-19 “superspreader” events; incidents in which more than five people were infected by COVID-19 at a single location. The list is notable in that it contains almost no outdoor venues. Instead, the virus does best in the locations we now know to be the epicentres of the pandemic: Prisons, care homes, meat-packing plants and hospitals.

The outdoors may also be a key factor in a phenomenon previously covered by The Capital in which homeless populations, despite fears that they would be among the most vulnerable to COVID-19, ended up being strangely resilient.

Masks could almost singlehandedly ward off a second wave

The Capital has been trumpeting the benefits of face masks since late March. Back then, we were basing our assessment on studies showing the effectiveness of masks at preventing the spread of flu and respiratory diseases similar to COVID-19, including the 2003 SARS outbreak. But now, enough COVID-19 data has come in to show that this is indeed a disease that spreads much slower when populations are covering up their mouths.

A new analysis of COVID-19 published in the Proceedings of the National Academy of Sciences concluded that “airborne transmission” of particles spewed out from the human mouth are the “dominant” vector for coranavirus infection.

The current mitigation measures, such as social distancing, quarantine, and isolation … are insufficient by themselves in protecting the public,” wrote researchers. “Our analysis reveals that the difference with and without mandated face covering represents the determinant in shaping the trends of the pandemic worldwide.”

So mask up, citizens. It’s not only one of the best methods we have to fight COVID-19, but in a pandemic that has seen trillions of dollars spent on social distancing, this is a method that can literally be purchased at the dollar store.

Thank you! Your submission has been received!
Oops! Something went wrong while submitting the form.
tristin@capnews.ca