BC provincial officer of health Bonnie Henry delivers a COVID-19 update to an empty auditorium (BC Ministry of Health).
COVID-19 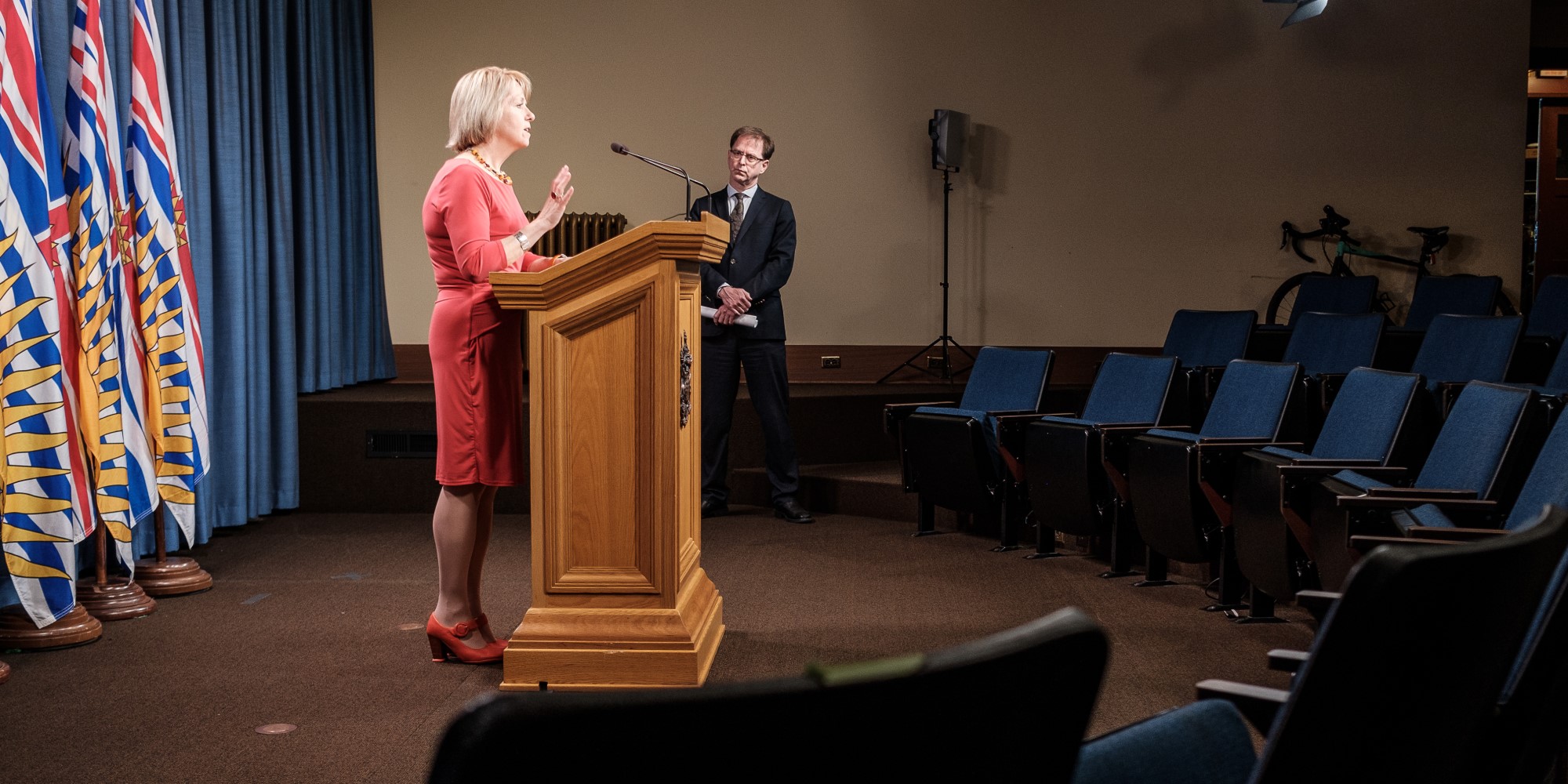 BC provincial officer of health Bonnie Henry delivers a COVID-19 update to an empty auditorium (BC Ministry of Health).

As covered previously by The Capital, all this social distancing is paying off. For two weeks, BC has been dramatically curbing the rate of new COVID-19 infections in the province and is poised to get through the worst of this pandemic without coming close to overwhelming the healthcare system. All this is occurring as portions of the United States and Central Canada face Europe-sized spikes in new cases, laying the groundwork for thousands of additional deaths before the worst is over. We are very lucky to live in BC, and The Capital tallied up the comparative data to show why.
‍

The ideal strategy by which to cope with COVID-19 is simply to never encounter it in any big way. The likes of New Brunswick and PEI have been fortunate to see only a handful of cases spaced incrementally over several weeks. And remote Nunavut remains one of the world’s only places to remain entirely COVID-19-free. But BC’s triumph is in having tamed the virus even after it established a substantial beachhead. At COVID-19’s initial rates of growth in BC, it was projected that by this point we’d be seeing upwards of 1,000 new cases per day, instead of the relatively modest 40 new cases actually recorded on April 10th. Alberta has similarly turned the tide after an initial early face-off with the disease, but as the graph above shows, Ontario and Quebec are both locked into a much steeper curve for days to come.
‍

The first chart tallied up total cases, and therefore didn’t account for the population differences between Quebec, Ontario and BC. The chart above tracks cases per million, and thus compares COVID-19 cases by population. In just the last three weeks, Canada’s southern neighbour has gone from a passive observer of COVID-19 to its global epicentre. In New York City alone, fatalities have already surpassed the recorded death totals from China’s Hubei province, and officials are being forced to set up field hospitals in Central Park. Even among neighbouring states that are evading New York-level carnage, however, BC is still leading the pack. Vancouver stands in particular contrast to its Cascadia neighbour of Seattle, whose environs have seen more than six times as many deaths, and continues a sharper rise in new infections despite a notable head start on shutdown orders.
‍

There are regions handling COVID-19 better than BC, most notably Taiwan, which despite being located right next door to China, sailed through the pandemic with only six deaths as of Friday. But the chart above shows that among developed nations with multiple international airports and complex public health systems, a British Columbian is still at far less risk to be confirmed as a carrier of COVID-19 than almost anyone else. And in a province of 5 million that has already performed more than 50,000 tests, it’s not due to any lack of testing. Meanwhile, the sharp spike in New York City cases shows what might have been; pandemics grow exponentially, and in a province that hadn’t begun to shut down civil society in mid-March, it’s entirely possible our curve could have followed a similar path.

The Capital Guide to COVID-19 Benefits and Assistance