June 24, 2022
Get the news and events in Victoria, in your inbox every morning.
Thank you! Your submission has been received!
Oops! Something went wrong while submitting the form. 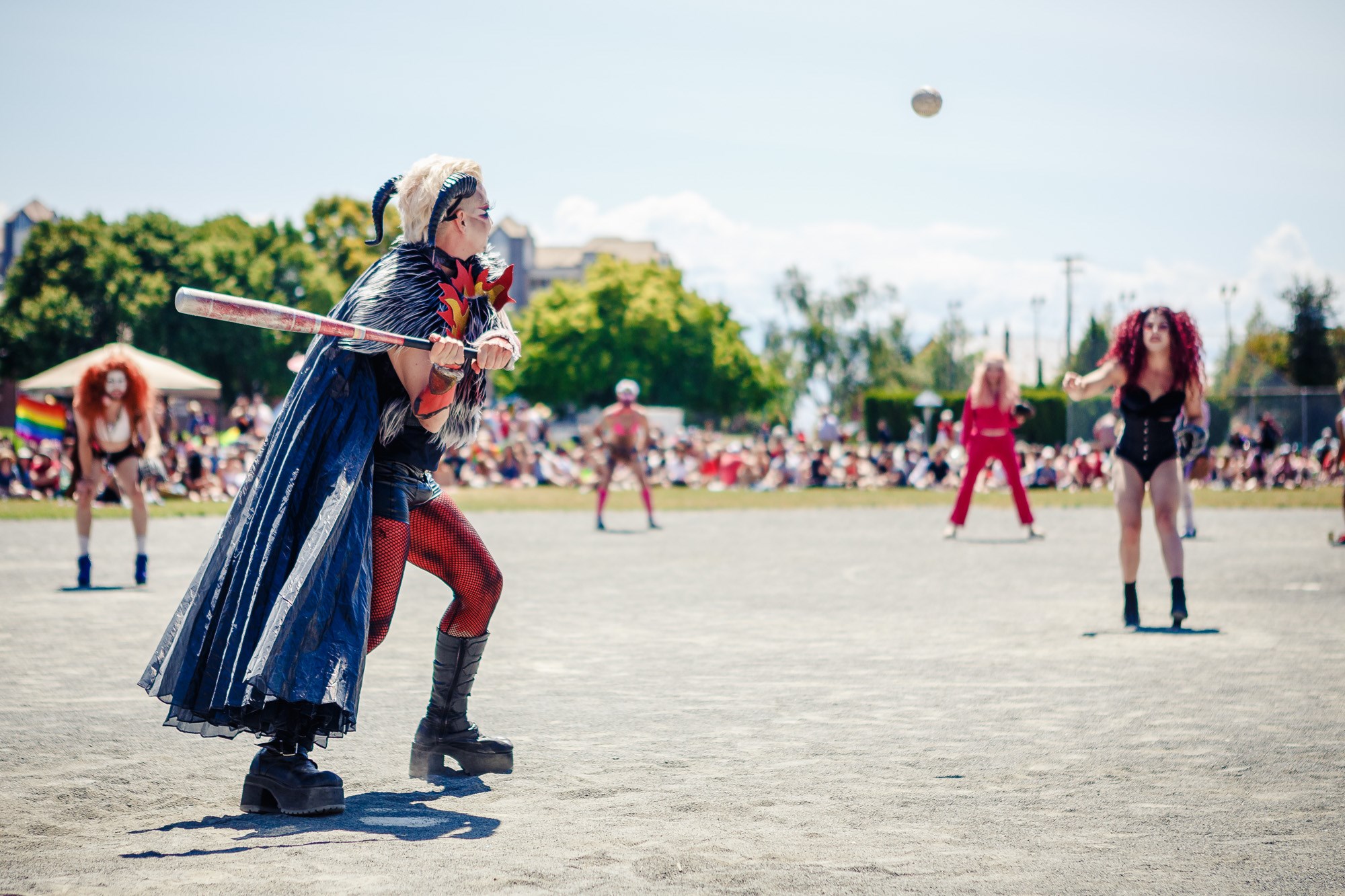 The Memorial Drag Ball Game is not your typical game of softball.

When players steal bases, they quite literally pick up the base and run away with it. Cleats are sometimes swapped out for stilettos or platform boots. There have been picnics at second base, cartwheel home runs, and piggy backs. The mayor throws the first pitch, but it’s more likely to be an orange or a water balloon than an actual ball.

After a two-year pandemic-induced hiatus, the Memorial Drag Ball Game will be back at Victoria West Park this Canada Day at noon. Put on by the Victoria Pride Society, it’s a fun event for all ages to watch, complete with food, drinks, local entertainers, and face painting. And for the kings, queens, and gender performers who want to play, all they have to do is dress up.

It’s drag kings versus drag queens: players on the queens team should don a wig and dress; players on the kings team should pencil on a mustache or beard. Cheating is technically not allowed until the second inning, but that’s often too hard to enforce. Even the scorekeeper can’t be trusted—the game always ends in a tie. Other than that, there are very few rules.

“There’s a lot of mayhem and silliness,” said David Tillson, former president of the Victoria Pride Society and longtime drag ball emcee and scorekeeper. “We all cheat. They kind of play baseball, they do. And then I just try and control the mayhem.”

Tillson was asked to emcee the game its second year and has emceed every game since—except the one year he actually played, but that was too stressful, he joked.

The first drag ball game was held in Victoria in 1993, started by drag performer Kevin Harney and a few other members of the queer community who were looking for something to do to celebrate Pride and to escape reality for an afternoon. Harney, who had spent some time living in Vancouver, got the idea from a softball association in the city that had put on a similar game.

At the time, the HIV/AIDS epidemic was still greatly affecting the queer community, and many were grieving their own losses. A few of the original drag ball players would later die because of the disease. The memorial game became a way to honour those who had died during the AIDS epidemic—the only Pride event in Canada to do so, according to Victoria Pride.

Since its first year, the game has grown from a gathering of a group of friends to one of the pinnacle events of Victoria Pride with more than 1,000 spectators.

“It’s just a nice release [of] the pressure of being part of our community. I think everyone just gets to come and have fun and relax,” Tillson said. “Regardless of the social atmosphere, we will be continuing on. This has been a longstanding community event and it will continue on.”

This is the first year in over two decades that Tillson won’t be emceeing. He’s looking forward to just being among the crowd.

Drag king Persi Flage started drag later in life, at 37, as a way to explore his own gender and artistic expression.

“Drag is the nexus of so many arts coming together: makeup artistry and dance choreography and music mixing. And at the heart of that all is being with a community and being inspired by one another,” he said.

“Without drag and this community, there’d be a lot less colour in my life.”

In 2016, after winning the Mr. and Miss/MX Gay Vancouver Island Pageant alongside drag queen Henrietta Dubét, Flage stepped up to the plate in his first drag ball game as captain of the kings’ team, as is tradition.

After that first year, Flage was hooked, and when the pandemic shut down Pride events in 2020, he produced a documentary about the event with Tillson.

He’ll be back up to bat again at this year’s game, as the coming together and public support of drag performers takes on new significance.

Last week, a local all-ages drag show scheduled at Caffe Fantastico was cancelled after an anonymous caller made threats against the show. The caller alleged the show sexualized children, and the calls escalated to threats of gun violence.

“The police have been notified and a report filed, however this harasser did state they would show up outside of our all-ages show to film,” the organizer, For the Love of Drag Victoria, wrote in an Instagram post.

The community rallied together to support the artists who had been threatened, and the community at large that felt targeted. Days later, when Victoria council raised the Pride flag at city hall, Mayor Lisa Helps and Coun. Sarah Potts dressed in drag, as other members of council wore colourful feather boas in support.

“By next Sunday, this threat that’s come out over the last few days will be in our rearview mirrors," Mayor Helps said at the time. “For those people who might feel a bit unsettled by the events at the coffee shop, we're here to say you're loved.”

Flage says this is not the first time he has witnessed threats against the drag community. As manager of Staches and Lashes Collective, Flage, alongside other local drag performers, puts on LGBTQ+ kids and youth programming, including drag storytime at local libraries.

A few years ago, protesters arrived at the Oak Bay library branch and attempted to get into the room where a drag storytime event was being held. Flage says library staff handled the situation well, refusing to let them in, and only telling the drag performers what had happened afterwards to not cause alarm.

According to Statistics Canada, LGBTQ2+ Canadians are nearly three times more likely to experience violent victimization than heterosexual people, and the number of incidents reported to police have risen by nearly half since 2016.

“It has been on our collective brains as folks who do the work with our queer families that that sentiment is out there. And I’ve never seen it so threatening as what happened to our dear friends at Sashay Cafe and For the Love of Drag,” Flage said.

“It’s so heartening the way the community came together in response to that, and coming together again, for this very family-friendly, ridiculously fun event—like drag ball is a big deal. It’s a culmination after a tough few years and some hurt and hardship in the community. I think it’ll feel incredible to come together again.”

For drag queen Shelita Cox, drag ball is an event that doesn’t take on the politics of the outside world. It represents acceptance, belonging, and community.

It’s also just fun. While some queens might opt for more practical footwear, Cox wears a minimum of eight-inch heels. (She doesn’t run—because of the aforementioned heels—but gets carried from base to base by drag king Lorence of A’Labia.) She says she never refreshes her baseball skills before the big day but still might hit the ball at least once.

This year, though, Cox is putting the bat aside in favour of a microphone as she is taking over as emcee alongside artist and performer J McLaughlin.

And no—Cox added, even with new emcees, there probably still won’t be a winner.

With files from Ryan Hook

Four Victoria lakes you can bike to this weekend
Picnics, piggybacks, and (literally) stolen bases: Drag baseball returns on Canada Day
How a group of Black students are fighting racism in Greater Victoria school districts
Libraries are open to all, but are library staff equipped to help everyone who comes through the doors? 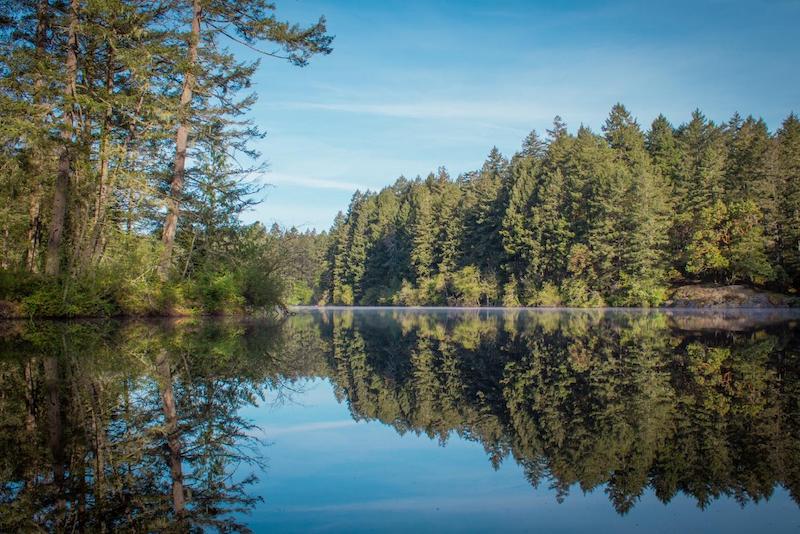 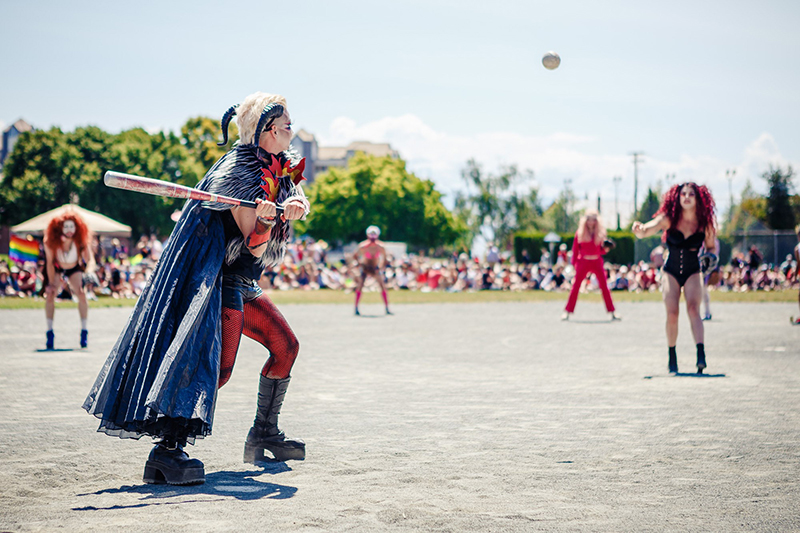 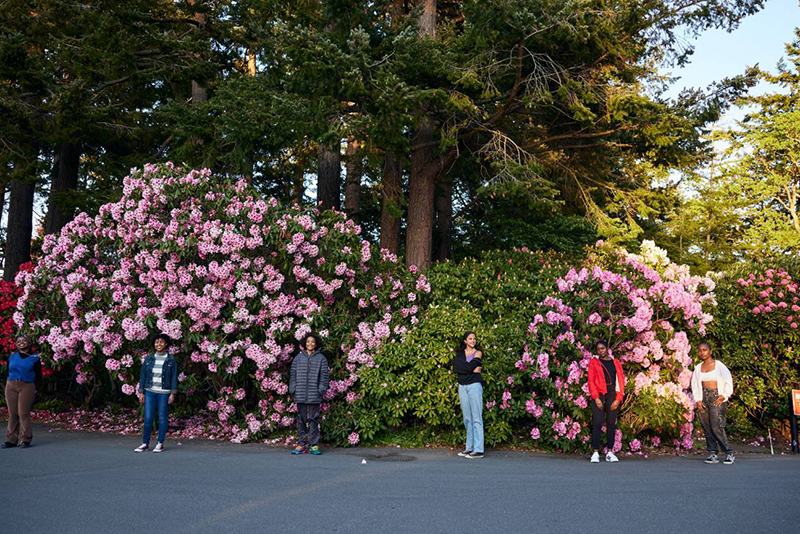