January 10, 2023
Get the news and events in Victoria, in your inbox every morning.
Thank you! Your submission has been received!
Oops! Something went wrong while submitting the form. 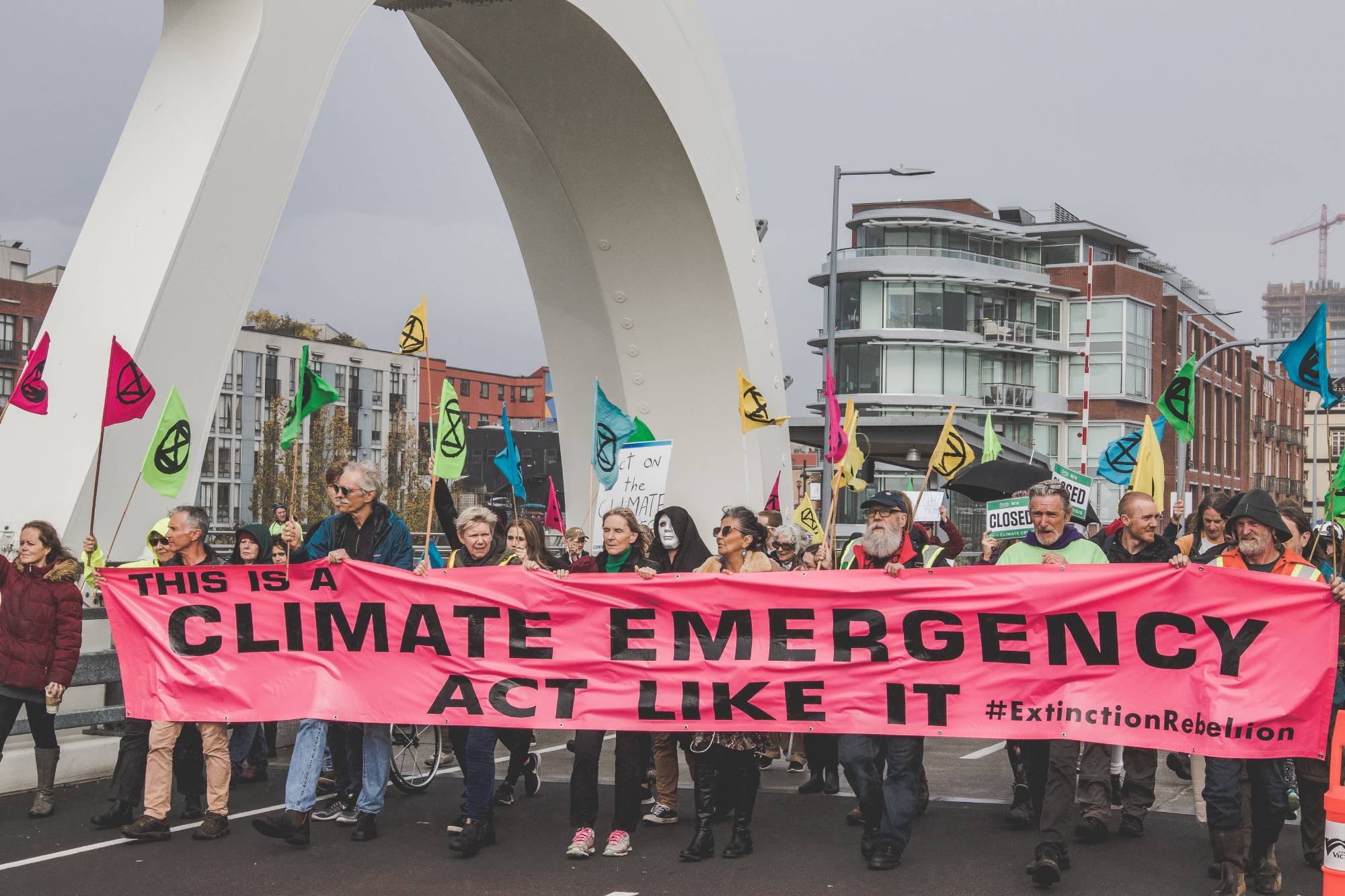 A UK-based environmental activism organization known for its boisterous tactics announced recently that it would stop protest actions that disrupt the lives of ordinary citizens—at least for the next few months. Extinction Rebellion has relied on radical actions like road and bridge blockades to raise awareness of the climate crisis and its causes, but the group announced last month it has decided to prioritize “attendance over arrest and relationships over roadblocks.”

“We recognise and celebrate the power of disruption to raise the alarm and believe that constantly evolving tactics is a necessary approach,” the group said in a statement on Dec. 31. “What’s needed now most is to disrupt the abuse of power and imbalance, to bring about a transition to a fair society that works together to end the fossil fuel era.”

But Extinction Rebellion’s local chapter doesn’t have plans to back down.

“We’re not ramping down, we’re not getting any less disruptive. We’re just getting a little more sophisticated because we’re up against the richest corporations in the world that have politicians in their pockets,” said Howard Breen, with Extinction Rebellion Vancouver Island. Though he didn’t want to announce what exactly the group is planning, he said they’re working on far more creative actions.

The Island chapter’s tactics have come with plenty of criticism. The group’s protests are non-violent, but they do sometimes get in the way of ordinary people going about their days. Extinction Rebellion has a history of blocking roads, bridges, and businesses, along with its offshoot organization, Save Old Growth. Its members also participated in the Fairy Creek blockades, which saw more than 1,188 arrests and is now considered the largest act of civil disobedience in Canadian history.

In June, protesters affiliated with both Extinction Rebellion and Save Old Growth called for the end of old-growth logging in BC by blocking the Patricia Bay Highway near the Swartz Bay ferry terminal for an entire morning, snarling traffic and angering drivers. One protester sitting atop a ladder was severely injured after a frustrated driver snapped a support beam holding the ladder vertical. The protester fell to the pavement, shattering his pelvis. The group maintained the need for the protest at the time.

“We do not want to risk our lives by inconveniencing people, but this is what it’s come to,” organizer Sophia Papp told the Times Colonist.

Breen echoed the sentiment, saying that more Extinction Rebellion members are preparing to risk arrest and their lives for the cause. The climate crisis, he said, is a bigger threat.

“The thought of just doing another march, doing another non-disruptive letter writing campaign or putting out clickbait just to keep the donations rolling in—that’s not what Extinction Rebellion is all about,” he said this week.

In December 2021, the Capital Daily podcast spoke to UVic sociology professor Bill Carroll about the effectiveness of disruptive protest tactics, following another shut down of the Pat Bay Highway in solidarity with Wet'suwet'en protesters.

In cases where there are real power dynamics between the change-makers and activists, disruptive tactics can be quite effective, he told host Jackie Lamport. They can make the cause much more visible by making it difficult to ignore, but this can also backfire.

“If you end up with people not really understanding why this disruption is occurring, then it can backfire from the perspective of the movement,” he said. “So it's a risky strategy, actually, because protest movements don't really have control over how the narrative gets out.”

People are creatures of habit and don’t like having their lives disrupted, he added. So something like a blockaded road can sometimes alienate people to the cause.

Breen counters that sometimes you have to make people uncomfortable to raise awareness.

“I think being unpopular is a badge of honour,” he said.

Breen recently finished spending 161 days out on bail under house arrest following an eight-day stint in solitary confinement at the Wilkinson Road correctional facility. This resulted from his most recent arrest in which he glued himself to the front door handle of an RBC bank in Nanaimo in solidarity with the Wet'suwet'en protests. His bail conditions prevent him from being a part of disruptive actions and from possessing glue outside his home. He’s set to go on trial in August.

Since 2018, Breen says he has been arrested 40 times, each for protesting government policies and corporations that he believes are contributing to the climate crisis. He is far from the only Extinction Rebellion activist to have been arrested; one of his friends is even facing deportation to Pakistan.

“We’re criminalizing the very people that will save us now,” he said.

Breen is, evidently, not afraid of being arrested, but the very real threat of legal repercussions from disruptive acts could be a real deterrent to others joining the cause. Even veteran activists have been burning out or backing down as the toll of this kind of protesting takes hold, Breen said.

But still, he’s optimistic. Breen says he’s witnessed community and hope and love among his fellow activists, and a deepening commitment.