July 8, 2021
Get the news and events in Victoria, in your inbox every morning.
Thank you! Your submission has been received!
Oops! Something went wrong while submitting the form. 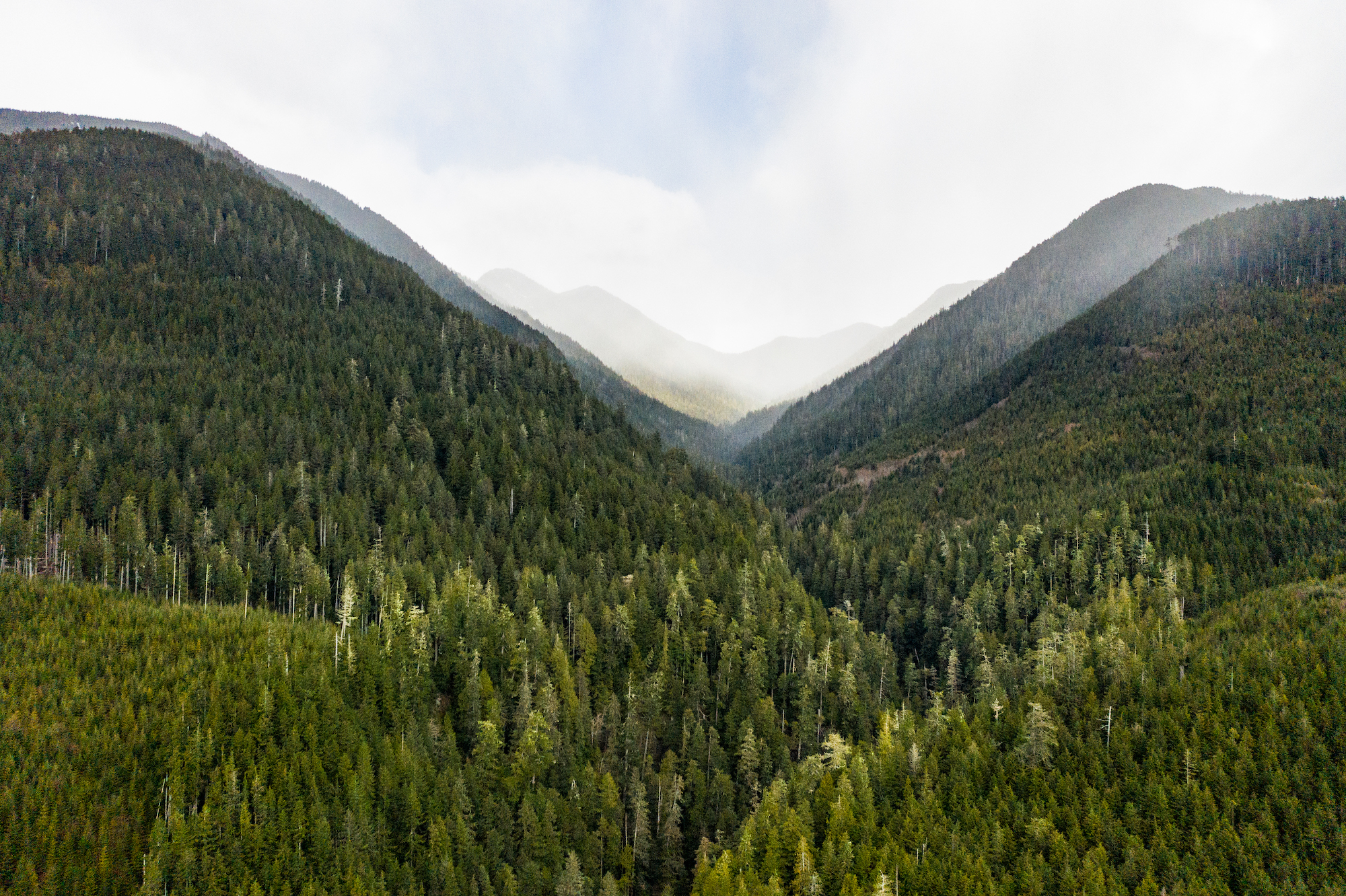 For over a year, forest activists have been camping out and blockading roads outside Port Renfrew in an attempt to stop planned logging in and around Fairy Creek, one of the largest unlogged sections of old-growth forest on Vancouver Island.

But a lot has changed since the first activists arrived in August 2020. A court injunction against the blockaders has passed, expired, and then extended, arrests have been made, and tensions continue to rise. The issue has been thrust into the public conversation and become about much more than one watershed; some are seeing this fight as a proxy for old-growth logging and the future of forestry on Vancouver Island.

Capital Daily has sent reporters and photographers out to the blockades over the past nine months to capture all sides of the issue. Here is a full list of our multi-platform coverage so far. And if you want to see more of this work, consider becoming a member.

Lawyers to submit evidence of assault, unnecessary use of force, sexual harassment, intimidation and more in fight to have charges dropped

The BC Court of Appeal has ruled in favour of extending the injunction filed by Teal Jones Ltd. against protestors at Fairy Creek, arguing that the previous court ruling, issued by Justice Thompson in September 2021, was lacking. We look into what this means for the ongoing protests at Fairy Creek and where the legal battle goes from here.

The original injunction expired in October, but a temporary injunction has been active since

Podcast: Some of BC's Possible Old-Growth Deferrals Have Already Been Logged

On Wednesday, the Union of British Columbia Indian Chiefs held a press conference to air their concerns with the deferral deadlines given to First Nations by the province. They say they are upset about the lack of support from the government this the announcement and that they were given consent for deferrals but not logging in their territories. UBCIC President Grand Chief Stewart Phillip joins to discuss. We also speak with Torrance Coste from the Wilderness Committee over their new updated mapping that better reflects the state of logging in these deferral areas.

Despite promised reforms, Fairy Creek is far from over

Deferrals and changes to logging legislation is coming. But the activists aren’t leaving

Tuesday, the provincial government announced new deferrals and actions for old-growth forests. We have Torrance Coste from the Wilderness Committee break down what the announcement entails, and Robert J. Dennis, Sr., Elected Chief Councillor for the Huu-ay-ah First Nations to hear his thoughts on the inclusion of First Nations.

Podcast: Catching the RCMP in a Lie Over Pepper Spray at Fairy Creek

A joint investigation between Capital Daily and Ricochet Media has found the RCMP account of an August pepper spray incident was full of inaccuracies. We bring you the real story from that day, and explain how our investigation led us here.

The RCMP said they had to pepper spray a crowd to evacuate an injured officer. An exhaustive review of the available evidence shows that was not true

We take a trip up to the Fairy Creek blockades in the pause between periods of injunction enforcement. We break down the back-and-forth in the BC Supreme Court over the injunction granted to Teal-Jones, and hear from long-haul blockaders about their relationship with the RCMP and clashes with loggers.

As the injunction at Fairy Creek is set to expire, a series of legal battles from all sides ensues at the BC Supreme Court. We walk you through what's happening, and bring you an update on a RCMP pepper spray incident.

Podcast: What Candidates Would Do On Fairy Creek

We give you a summary of each of the four major parties’ proposed policies related to old-growth logging and Fairy Creek. We also bring you a previous conversation we had with a policy expert about old-growth policy that would benefit both the environment and industry.

Tensions between protesters and RCMP at the Fairy Creek blockades have reached new heights. Video footage of police officers discharging pepper spray into a crowd of protesters sparked a wave of protests at RCMP detachments across the Island. We hear from land defenders and the RCMP about the incidents, and speak with Green MLA Sonia Furstenau about what the province could do to change the course, and the arena, of this fight.

Podcast: The Eventful First Anniversary of the Fairy Creek Blockades

The blockades set up in and around Fairy Creek have officially been active for a year. Yesterday’s anniversary began with a morning RCMP raid at the camp headquarters and ended with speakers and live music in front of the BC Legislature. We look back on the year that was with the 17-year-old teenager from Washington that brought attention to Fairy Creek last summer.

Podcast: Why the Huu-ay-aht, Pacheedaht, Ditidaht First Nations Are Calling For Deferrals

We speak to Huu-ay-aht Chief Councillor Robert J. Dennis Sr. about the decision behind the three nations’ joint call for logging deferrals on their land. We also look into what areas will be affected and how this could impact the Fairy Creek Blockades.

Podcast: What the “War in the Woods” Can Tell Us About Fairy Creek

We look back at the protests in Clayoquot Sound to see what we can learn about how the Fairy Creek blockades could end and how big this movement could grow.

We speak to Grand Chief Stewart Phillip from the Union of British Columbia Indian Chiefs and Torrance Coste, the National Campaign Director of Wilderness Committee to get reaction on the B.C. government’s new forestry policy intentions and how they impact old growth.

With tensions rising between protestors and loggers, we analyze the policy that could be the answer for all parties involved.

RCMP has begun enforcing the injunction at Fairy Creek Blockader's Caycuse location, but media access has been limited. After being rejected access Monday, we went to the blockade on a guided RCMP media tour to find out what's going on.

Podcast: Everything That Has Happened With The Fairy Creek Blockades Since The Injunction

We break down everything that has happened since the injunction was granted to the Teal Jones Group, including an appeal, charges laid, and an aggressive confrontation by loggers. We also speak with a council member of the Huu-ay-aht First Nation about the events and their relationships with all the involved parties.

New waves of blockaders are arriving; activists say the injunction brought them out

Podcast: Our Experience at the Fairy Creek Blockades

Today, Jackie Lamport and Emily Vance  discuss their experience heading down to and camping overnight at the Fairy Creek blockades.

Yesterday we looked at the front-line fighters. Today we look at what they're fighting for. We learn about solutions to protect old-growth that also protects the economic stability for all parties involve.

We spend the night at the Fairy Creek Blockades to learn about life at the blockade, and what protestors plan on doing now that the injunction has been passed. We also dig into the complex backstory of the situation and forest activism on Vancouver Island.

After today's episode aired, we went down to the courthouse in Victoria where protesters were rallying against the injunction. Here's the latest.

Podcast: The Injunction Case Against The Fairy Creek Blockades

Today the injunction filed by the Teal Jones Group against the Fairy Creek blockades makes it to court. As we await the result, we take you back to the beginning of the story and explain why the fight to stop the company from logging the Indigenous land is so important. 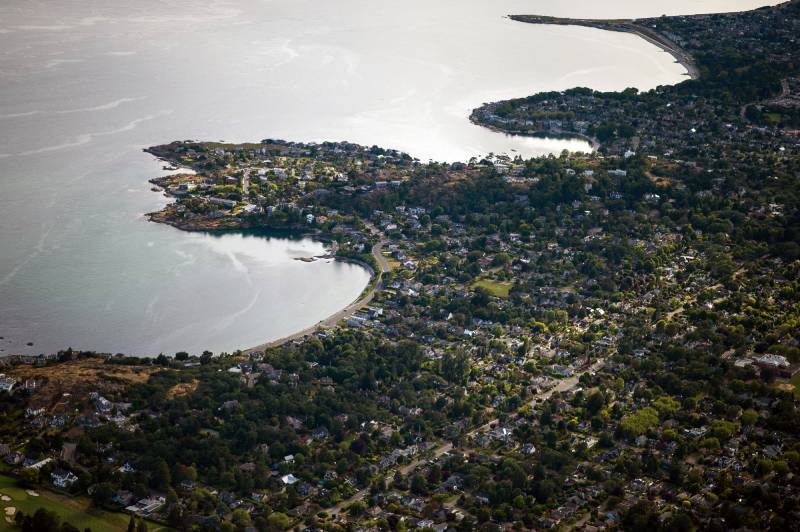 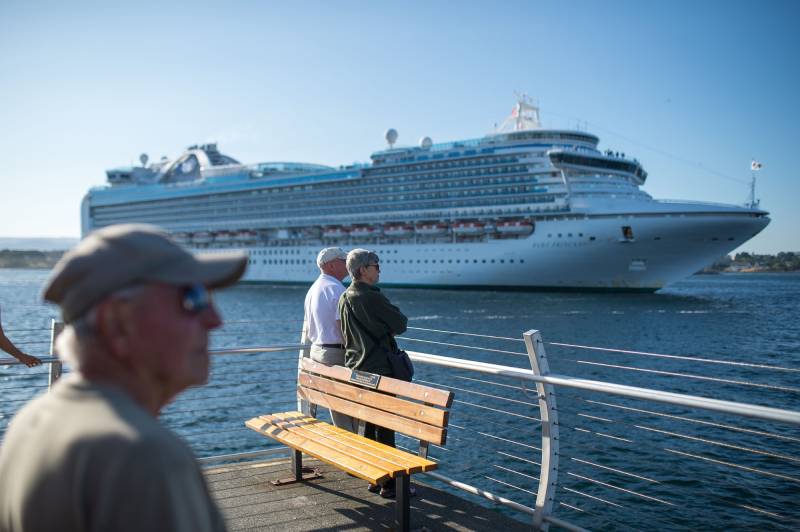 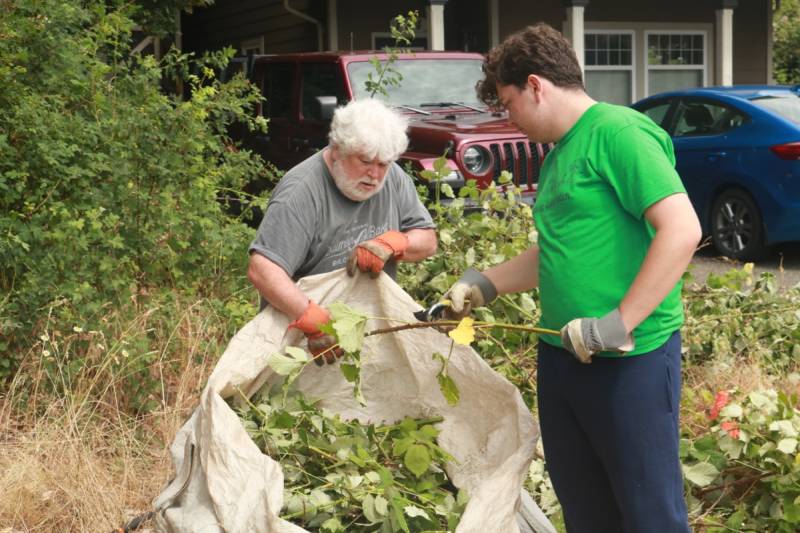