February 9, 2021
Get the news and events in Victoria, in your inbox every morning.
Thank you! Your submission has been received!
Oops! Something went wrong while submitting the form. 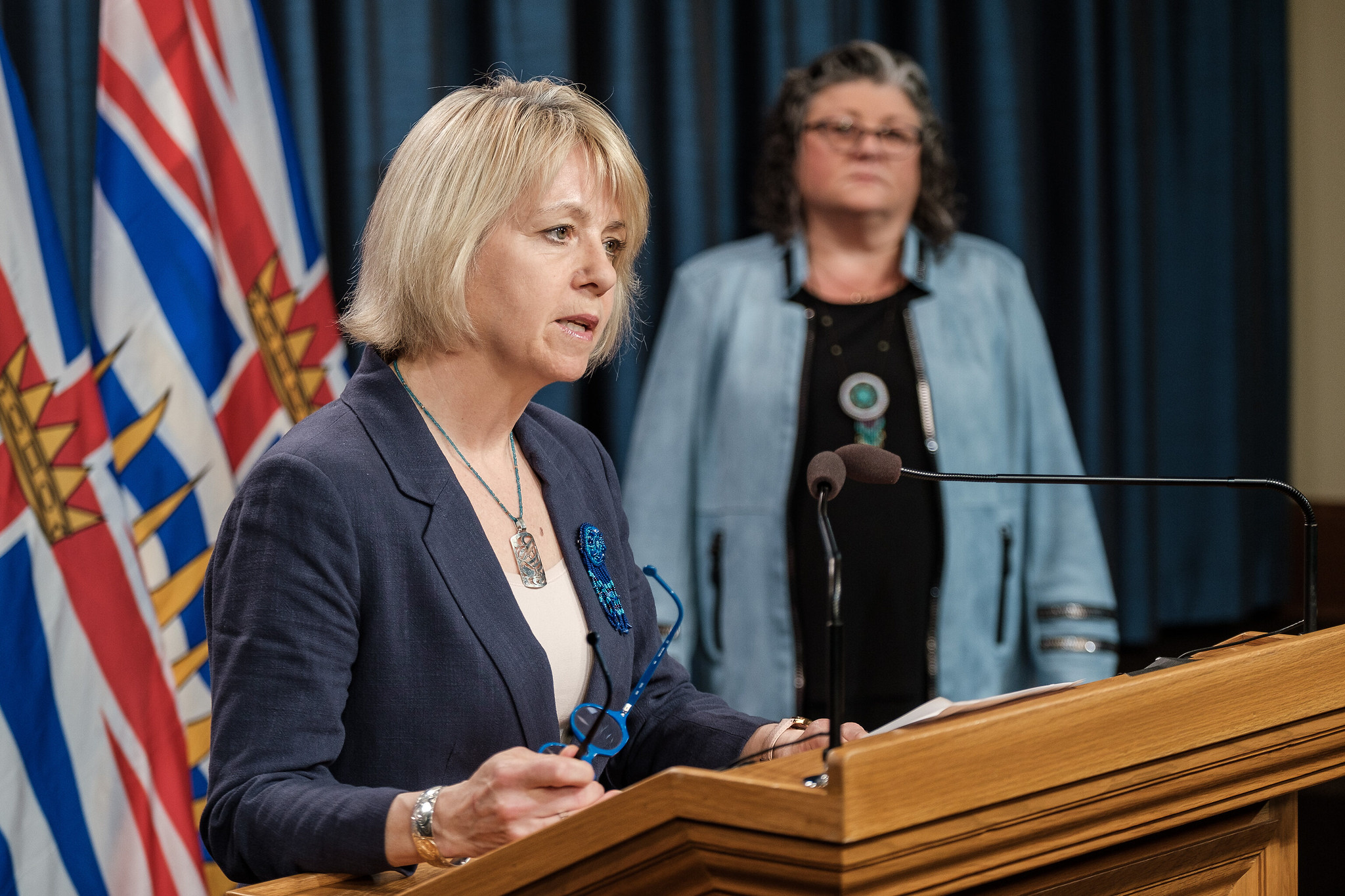 Several First Nations in BC will receive regular updates on COVID-19 case counts in neighbouring communities after fighting for access to this information for months.

Leaders of the Heiltsuk Nation, Nuu-chah-nulth Tribal Council, and Tŝilhqot’in National Government formed a coalition and have been asking public health officials in BC to disclose case data in neighbouring communities since last summer.

Now, as a result of this agreement, leaders of the First Nations involved will be provided with a daily count of COVID-19 cases in cities and towns near their communities. This information is particularly crucial as many people living in First Nations communities often need to venture into neighbouring towns for essential supplies.

“We have been asking for this information since early June to help us provide risk management for our members, so we can say [for example], ‘Hey, don't go into Tofino, there's too many cases,’” said Dr. Judith Sayers, president of Nuu-chah-nulth Tribal Council.

“There [are] so many different variants now popping up, and we just need to be informed. I don't think this worry is ever going to stop until the state of emergency is over and the majority of the population has been vaccinated both on and off reserve.”

The Nuu-chah-nulth Tribal Council represents 14 First Nations on Vancouver Island including five in the central region where COVID-19 case numbers have been on the rise for the past few months.

According to the latest situation report from the First Nations Health Authority, Indigenous Peoples make up nearly 31% of all COVID-19 cases on Vancouver Island while only accounting for around 9% of the population.

Unlike other jurisdictions across North America, like Ontario for example, BC does not provide regular updates on case numbers by municipality, citing the need to protect patient privacy.

For First Nations seeking that data in order to protect their communities, the road to finding out how many cases are in jurisdictions surrounding First Nations has been a long and arduous one.

Having engaged in conversations with the provincial health officer since last summer, Sayers says First Nations leaders knew that Dr. Henry “wasn’t going to move” on the issue of privacy.

So the coalition filed an application to the privacy commissioner in September citing that the province’s refusal to disclose proximate case information was a violation of Section 25 of the Freedom of Information and Protection of Privacy Act (FIPPA), which states the ministry must disclose information “relating to a risk of significant harm to people or the environment, or where disclosure is clearly in the public interest.”

That request was rejected in December by the privacy commissioner, Michael McEvoy, who argued that “sufficient information is already available on COVID-19 cases” for everyone to be able to mitigate the risks of the pandemic.

Rather than give up at that point, the Tribal Council and two First Nations went back to negotiating with the Ministry of Health, and eventually came to an agreement.

The provincial health officer then imposed several limitations on the agreements that prevent First Nations leaders from disclosing all the information they receive to people in their communities. This fact is highlighted in the contract itself.

“The Provincial Health Officer and the Nation agree that the information disclosure in this Agreement does not satisfy the requests made by Heiltsuk Tribal Council, Nuu-chah-nulth Tribal Council and Tsilhqot’in National Government, and they view negotiating this Agreement to have been a long and frustrating process,” Section I. of the background reads.

Even though proximate case data will now be disclosed, it will be provided to just one person in each Nation who can then share it with the council or governing body.

“We knew from all our months of negotiations and trying to get the information we wanted that she [Dr. Bonnie Henry] would never do what we needed or wanted,” Sayers said.

“So, you know, you take second best, you grin and bear it. We can get the information that we want, we just have to be so careful.”

These limitations mean there will be more questions from members of First Nations communities when their leadership advises people not to visit certain regions due to higher risks, thereby perpetuating a lack of transparency.