January 27, 2021
Get the news and events in Victoria, in your inbox every morning.
Thank you! Your submission has been received!
Oops! Something went wrong while submitting the form. 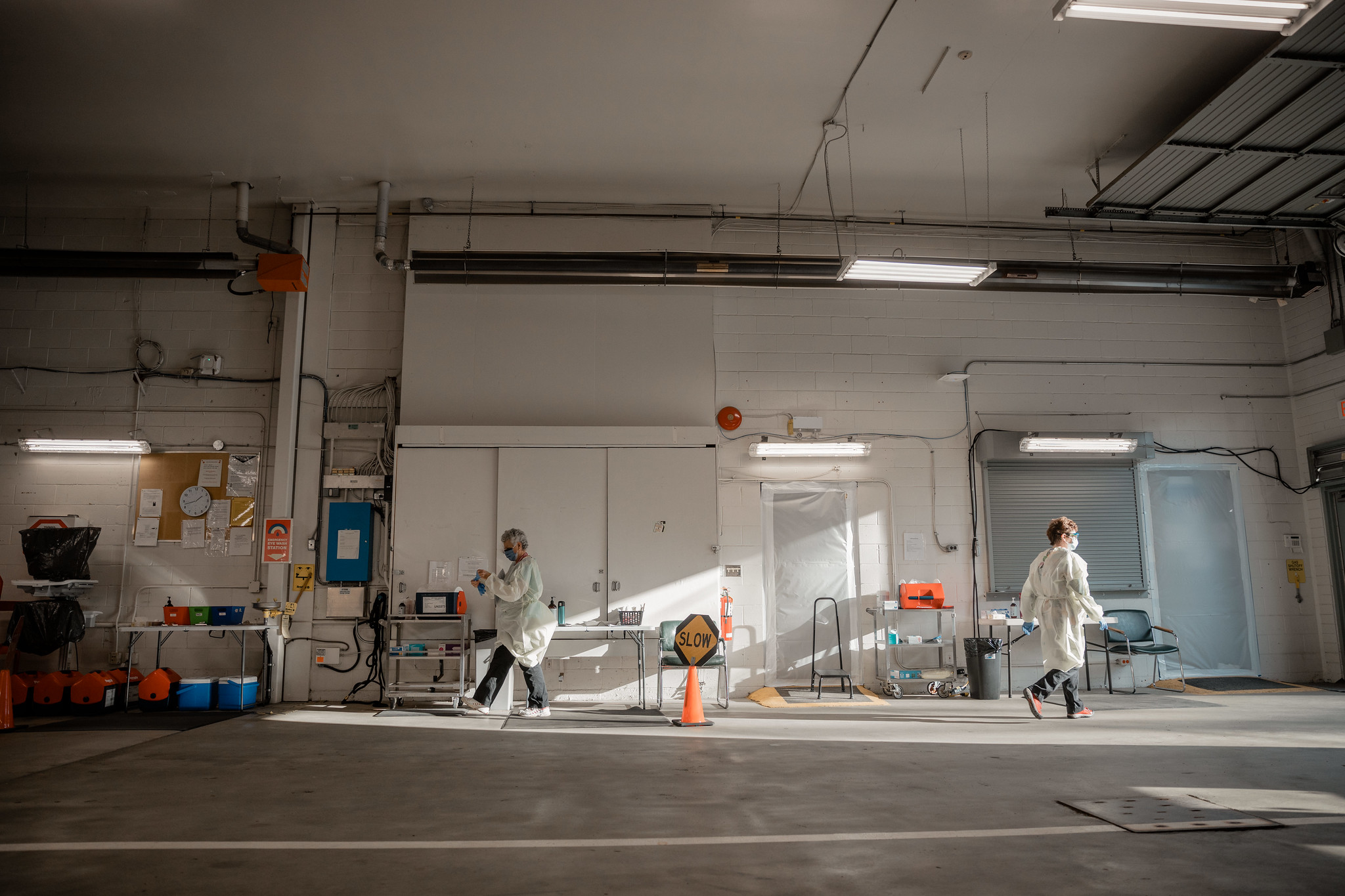 The first known case of COVID-19 arrived in BC last January, and throughout the rest of 2020, 901 people lost their lives to the pandemic virus. For every 50 deaths in BC last year, COVID caused one of them. 2020 was a challenge, and 2021 is shaping up to be difficult for different reasons.

Capital Daily took a deep dive into what is happening on Vancouver Island now, and what to expect in the coming months.

Distributing vaccines is not the crux; simply getting them is

It’s been a month since the first COVID vaccines were approved in Canada. BC has administered 122,359 doses as of Tuesday afternoon, of which 4,105 are second doses. This means out of approximately five million British Columbians, a miniscule 0.06% of them have received a complete COVID vaccine. We’re very much in the early phase of immunizations.

The government has ambitious plans to vaccinate all British Columbians who want a vaccine by September and so far BC is not on track to meet that goal.

To give you an idea of how much vaccination needs to ramp up in BC, about 6,000 doses are administered daily. Of the five million people in British Columbia, about 950,370 are children under the age of 18—a population that is currently excluded from the province’s immunization plan, as the Pfizer and Moderna vaccines have not yet been approved for children. That leaves a population of about four million people who are eligible.

To achieve full immunization of 70% of the province’s eligible population (two doses each) about 5.6 million doses are required. 122,359 doses have been given so far, which leaves around 5.5 million doses. At the current rate of 6,000 doses administered per day, the 70% herd immunity level won’t be achieved until halfway through 2023. To vaccinate on time—that is, by the end of 2021—the daily rate would need to be about 16,225 doses a day, nearly three times higher than the current rate.

Last week BC released a full plan for their immunization rollout. With only 792,675 vaccine doses expected to arrive in the first quarter of 2021, supply is scarce in the province. Further, since the announcement of this plan, provincial health officer Dr. Bonnie Henry has announced that supply of the Pfizer vaccine is delayed to the point where BC will receive little to no shipments until the last week of February.

As a result, public health officials have decided to delay second doses to 42 days, instead of the original 35—which was already going beyond the 21-28 day recommended period.

In the first phase of the provincial immunization plan, which runs from mid-December 2020 until February 2021, BC is targeting high-risk populations and individuals, specifically long-term care staff, residents, and essential visitors followed by hospital workers and people living in remote and isolated Indigenous communities. Mid-February, BC plans to transition to phase 2 of the immunization plan, where all seniors 80+ will be immunized as well as Indigenous Elders and seniors aged 65 and up. In this phase, at-risk populations living in congregate settings, like shelters, will be able to access the vaccine, as will other hospital staff, community GPs and staff working in community home support.

According to the plan, it won’t be until April when BC reaches phases 3 and 4 where the general population will be able to start scheduling their vaccinations. These last two phases will run until September 2021, and vaccinations will be prioritized by age starting with older populations and working down in five-year increments.

Internationally, Canada is middle of the pack when it comes to immunizations

What BC hopes to achieve by April, the UK hopes to have completed by mid-February, but the UK has the advantage of producing vaccines in their own country, and in their close neighbour Belgium. Canada receives Pfizer-BioNTech vaccines from the same Belgian manufacturing plant, but this week, it slowed production in order to renovate the plant and expand production capabilities.

Distribution was one of the primary concerns prior to vaccine approvals, but as it turns out, the main problem is simply getting enough doses. Nationwide, 2% of Canadians have received at least one dose of a COVID vaccine, which pales in comparison to Israel, where 43% of the population has received their first dose.

In total, Canada has received 1.1 million doses of both the Pfizer and Moderna vaccines. The US is administering that many doses daily, and has given the first dose to 7% of their population already. Meanwhile, the UK has vaccinated up to 10% of the population. Their immunization plan includes vaccinating the population by age in five-year increments starting with the oldest—a similar approach to BC, but they are about three months ahead of the province’s plan. Canada is on par however, with much of Western Europe in terms of rollout.

Canada’s largest potential supplier is Novavax—which is still in phase 3 trials—and the federal government has already ordered 52 million doses, with an option to receive 24 million more. Results from their trial are expected to be released in the next couple of months, and their supply may be crucial in meeting September goals for widespread immunization. Johnson and Johnson is hoping to bring a single dose vaccine to market as well. Interim results released Jan. 13 indicate the effectiveness of their vaccine candidate. The trial is still ongoing, however, and Canada may not see approval until April.

The federal government is quick to tout that Canada remains number one in the world when it comes to the number of doses ordered per capita. But as opposition parties have noted, that doesn’t do much good when there is no current supply, and the majority of secured vaccine candidates are not yet approved for use.

By the end of February, there should be more localized information regarding vaccine distribution. Widespread vaccinations in phase 3 and 4 of the immunization plan will be run by local health authorities.  In late February, health officials will announce how BC residents can pre-register, online or over the phone, to get immunized. People will be able to pre-register two to four weeks before they're eligible to receive their first dose. Check our vaccination tracker to find out when you can expect to get immunized.

Island COVID cases are on the rise, but not in Victoria.

While the past month has seen a decline in the number of active COVID-19 cases across BC, Vancouver Island is experiencing a rise. There are currently 195 active cases in the Island Health region, with 16 people hospitalized.

This uptick in cases is largely driven by cases in the Central Island, where most of the school exposures and healthcare care facility outbreaks have been concentrated in January.

An uptick in incidents of racism and discrimination against Indigenous communities where COVID-19 cases are on the rise have been reported. Specifically, members of Cowichan Tribes First Nation said some medical appointments were cancelled after they were asked about their connection to the community. Comments online have also called for First Nations peoples to be fired from their jobs.

Political and cultural leaders have since spoken up against this type of race-based discrimination. On Jan. 25, Minister of Indigenous Relations and Reconciliation Murray Rankin, Parliamentary Secretary for Anti-Racism Initiatives Rachna Singh, and BC Green Party leader Sonia Furstenau issued a joint statement expressing that they are “deeply concerned” about these reports.

If rising COVID-19 cases persist, the Island could see an unstoppable growth in cases, which would eventually serve to overwhelm the region’s healthcare system.

According to data analysis and modelling conducted by University of Victoria Physics professor, Dr. Dean Karlen, daily case rates have been significantly rising in the Vancouver Island Health region since December and show no signs of slowing down.

In the worst-case scenario, the Island could reach up to 1,000 new cases per week in February.

Nearly one year in, we have not improved long term care.

One of the worst outbreaks recorded in BC happened recently. Little Mountain Place, a long term care home in the Vancouver Coastal Health authority has 116 beds. COVID-19 has ravaged through the care facility, with 99 residents contracting the virus. Nearly a quarter of all residents at that one care home have died of COVID-19. Now, with the delay in the vaccine supply, many elderly residents and staff members who need their second dose of Pfizer vaccine will have to wait longer.

A report released last summer by the Canadian Institute for Health Information, simply states that 11% of all the individuals in a care could still be cared for at their own home. Money, bureaucracy, waitlists, and specialized needs are all barriers to long term care, and COVID-19 has only made these problems worse.

All signs indicate that there will be no rapid return to the old normal. Over the past few weeks, BC has seen a plateau of around 500 new cases daily—a number Dr. Henry says is still too high. The current orders restricting all social gatherings and other risky activities are set to expire at midnight on Feb. 5, but based on Dr. Henry’s latest statements, unless daily case numbers drop significantly the province is due for them to be extended once more.

"Remember that COVID-19 is still that unwelcome guest in our home, our workplaces, in our communities," said Dr. Henry on Jan. 25.

"I'm asking you now as much as possible, more than you've ever done before, to stay home, to stop those social interactions."

It may potentially be another few months before we can safely have some friends over. Restrictions won’t ease until case counts drop, and right now we can’t rely on a vaccine to aid us. It’s through the usual precautions – masks, distance, isolation – that can bring our province’s numbers down.

Where all these new COVID cases are coming from