A tent encampment in Beacon Hill Park pictured on May 29, 2020 (Sean Craig)

May 29, 2020
Get the news and events in Victoria, in your inbox every morning.
Thank you! Your submission has been received!
Oops! Something went wrong while submitting the form. 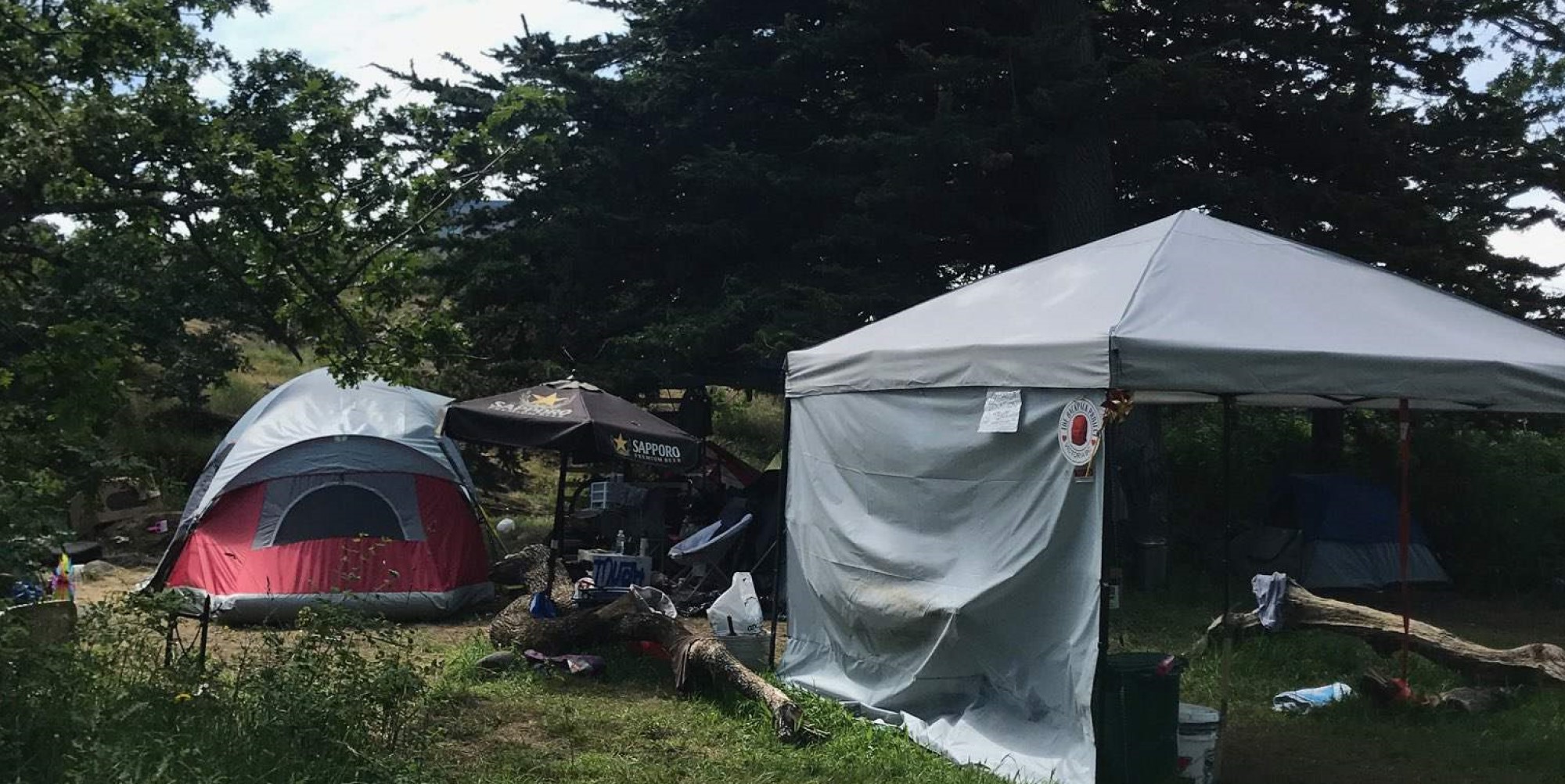 A tent encampment in Beacon Hill Park pictured on May 29, 2020 (Sean Craig)

Days after clearing encampments on Pandora Street and at Topaz Park due to concerns over the potential spread of COVID-19, the City of Victoria will again try to secure more hotel and motel rooms as finding space for homeless residents has proven an arduous task for multiple levels of government.

Victory City Council voted 6-1 on Thursday in favour of a motion to allow city staff to book rooms with the leftover funds from $300,000 that was previously approved to address the coronavirus pandemic.

The city and the province — which has leased and even bought hotel properties to provide temporary accommodations — have struggled to find enough spaces for those in need.

Municipal staff previously noted a lack of sufficient interest among hospitality businesses and the Hotel Association of Greater Victoria argued rooms should not be requisitioned against the will of owners.

Last month, the provincial government said it had identified 360 people living at Topaz Park and on Pandora Avenue who required housing.

On Friday, a spokesperson for the Ministry of Municipal Affairs and Housing told The Capital that 344 people from the two sites have now been moved to hotel or indoor accommodations, and that it is working to secure longer-term housing for them.

“Outreach teams are currently connecting with people who are experiencing homelessness in Victoria, including those living in Beacon Hill Park, to offer support and referral to supportive housing options,” said the spokesperson.

Beacon Hill Park, where council has voted to allow residents to stay for at least the next month, has emerged as a major encampment with the dismantling of those at Pandora Avenue and Topaz Park.

On Thursday, City Manager Jocelyn Jenkyns said there are about 90 people currently living there.

Meanwhile, Councillor Sarah Potts — citing the Greater Victoria Point-in-Time Count  — said there is considerably more work to be done as “upwards of 1,000 people or more” are unhoused in Victoria. The biannual survey, last released in 2018, found there were 1,525 homeless people in the Greater Victoria area.

“We have not even begun to reach the amount of folks that we knew were unhoused,” Potts added. “And I don't think anyone is expecting for us to house everyone tomorrow, but the fact of the matter is homelessness is unacceptable and we need to be looking to end it.”

City staff will be allowed to book rooms in municipalities across the Capital Region, which Councillor Geoff Young — the lone vote against the motion at council — said raises concerns about how they will access social services.

"Renting rooms in Sidney, Langford and Bear Mountain or wherever would be possible, but providing the supports where necessary might tax our resources and it's not entirely clear how that would happen,” he said.

Health officials have noted that, in addition to being at risk during the Covid-19 outbreak, British Columbia’s homeless population was already disproportionately affected by another health emergency: the opioid crisis. And, while Victoria has four Overdose Prevention and Supervised Consumption Services, many surrounding municipalities have none.

Young said, rather than renting hotel rooms, the city should instead spend money on “safe but basic and minimal sheltering for people” with professional supervision. This, he argued, would minimize impact on surrounding neighborhoods and allow social services to reach the homeless population more efficiently.

In the meantime, the City will also use unspent COVID-19 funds to maintain 24-hour handwashing facilities and washrooms near where people are currently sheltering. Shower facilities at Our Place will also continue to be funded.

City staff noted that it may be able to eventually recoup some of the funds it spends on homeless initiatives from the provincial government.