A page from IKEA's 1985 catalogue, the first year that the Swedish retailer had a location in Downtown Victoria.

Capital Daily is part of the Trust Project
latestCOVID
TransportationBusiness
HousingGood News
A page from IKEA's 1985 catalogue, the first year that the Swedish retailer had a location in Downtown Victoria.

November 13, 2020
Get the news and events in Victoria, in your inbox every morning.
Thank you! Your submission has been received!
Oops! Something went wrong while submitting the form.

A page from IKEA's 1985 catalogue, the first year that the Swedish retailer had a location in Downtown Victoria.

Getting a piece of IKEA furniture on Vancouver Island is an exercise in expedition and improvisation. Either the Island IKEA fan is voyaging to the Lower Mainland by ferry, or they’re drawing upon a small local cadre of IKEA hustlers, resellers and dealers.

But it didn’t always have to be this way. For a brief and largely forgotten moment in the 1980s, Victoria was home to one of the first IKEA stores outside Europe. While the Swedish monolith is long gone from the Island, its brief flirtation with Victoria has arguably engendered one of the most committed communities of storeless IKEA-lovers in North America.

“Victoria and the surrounding community are important to us,” IKEA Canada spokesperson Maja Boricevic told Capital Daily, but did not answer questions on the retailer’s former presence on the Island or its decision to pull out.

The Victoria IKEA store, open from 1985 to 1988, was located at 1010 Yates, the current location of Moxie’s. For much of that time, it was located across the street from Idea, a competing flat-packed furniture store that IKEA Canada unsuccessfully took to court in 1987 over allegations of copyright infringement.

While IKEA now has 400 stores in 50 countries, it only began to expand outside of Scandinavia starting in 1976, when the company opened stores in Germany, Australia and Richmond, BC (although Halifax had seen a franchise store open in 1975). IKEA wouldn’t come to the United States until the opening of a store outside Philadelphia in 1985, so for nearly a decade, along with Alberta and Ottawa, BC was one of the only corners of the Americas with its own location.

The first opportunity for Vancouver Island residents to see IKEA furniture in person, without taking a ferry, was at Home Expo ‘80 at the Esquimalt Sports Centre. “See the best of Swedish design furnishings and accessories,” declared an ad in the Times Colonist along with IKEA’s short-lived Canadian mascot, Mr. Moose. At the time, IKEA was one of the few purveyors of the now-ubiquitous phenomenon of self-assembled, flat-packed furniture. Victorians in the 1980s almost exclusively bought their furniture the old-fashioned way: By buying it fully assembled from retailers like Sears and having it delivered professionally.

Perhaps at this innocuous home furnishings event in August 1980, the first seeds of a decades-long love affair between Vancouver Islanders and IKEA were first sown. But the Yates Street store which Victoria would get only five years later was an experiment. It was much smaller than the typical IKEA, and lacked the ample parking common to the store’s gargantuan suburban locations: Both of which were factors that appear to have been its downfall. When the store closed in 1988, IKEA Canada president Anders Berglund said it had been “a disappointment” and that “we need a larger facility.”

For most of the last three decades IKEA has pursued a policy of only opening stores that are within driving distance of at least two million people. The discount retailer operates on such slim margins that if its locations aren’t constantly packed with shoppers, they risk becoming unprofitable. With only 870,000 people on Vancouver Island, the Island falls far short of this criteria, and certainly did in the 1980s.

Nevertheless, since IKEA left Victoria, the ongoing fervor for the Swedish furniture behemoth has led to a thriving cottage industry of IKEA-related services on the island. For years, Pacific Coach Lines ran an IKEA welcome package with service from Victoria directly to the Richmond location. The $40 bus ticket came with a $40 coupon towards purchases of $250 or more.

These days, IKEA has established an ad-hoc Island presence with collection points in both Victoria and Nanaimo. The rise of e-commerce and social media has also opened up new avenues to funnel IKEA products across the Strait of Georgia.

There is Victoria’s own Ad 2 Cart, a web-based home furnishing delivery business founded in 2011. During the COVID-19 pandemic, with so many working from home, locked-down workers have been reconfiguring and refurnishing their homes and home offices, sending Ad 2 Cart’s business through the roof. “I’d say IKEA is half of our business,” said Kim Cordray who owns and manages the company with her husband Chris. “We have 30 to 50 IKEA deliveries a week just in Victoria, we will have another 10 to 20 going up Island.”

There is also Going to Ikea -Victoria, a West Shore-based IKEA-exclusive delivery service run by Lindsay Walsh. “It started as a side-hustle,” Walsh said, describing how in 2018 she responded to a social media post asking if anyone was going to IKEA. She and her husband, who owns a half-ton truck and spend weekends once a month with their family in Coquitlam, decided to make a stop in Richmond in exchange for a fee. Seeing a niche, they immediately created their own post on Facebook offering to pick up other items at the store. Within hours, she had 20 or 30 requests, so many that she “had to stop answering calls.” Charging a 20% premium on top of any purchase over $75, Walsh says they still continue to fill their truck with “at least 25 big box orders a month.” “I am like a kid in a candy store every time I go,” she said.

Those with a tighter budget and a more emotional connection to IKEA have found common cause on Facebook. In 2015, Cowichan Valley woman Philecia Wynn Isaacson, an exuberant fan, started IKEA Swap n Shop, a Facebook group conceived as a Vancouver Island-only community where IKEA aficionados could buy and sell IKEA products at or below retail prices. Isaacson says IKEA Swap n Shop is “about finding things to add on to your existing Ikea products” The group has 3000 members and according to Isaacson, about 20 or 30 new requests to join each day.

In recent years, IKEA has returned to experimenting with slimmed-down urban stores similar to what it had once operated on Yates Street, with one planned for Downtown Toronto. Although, even in this new era of small IKEAs, Victoria is not on the drawing board: The small-format stores are being rolled out exclusively in high-density urban cores such as Montreal and Vancouver. Once again, for Vancouver Islanders IKEA is going to remain a ferry ride away.

Why Vancouver Island will never get a bridge to the Mainland 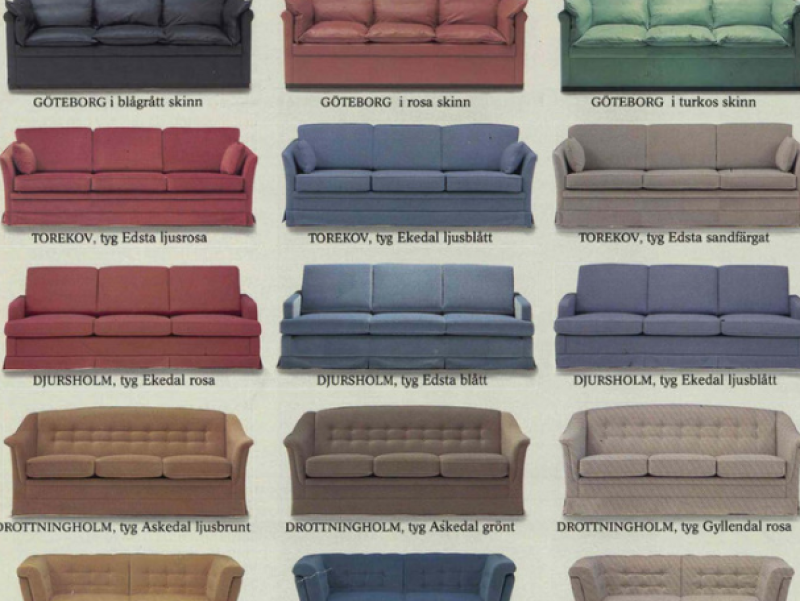 For a brief, shining moment in the 1980s, Vancouver Islanders didn’t need to organize elaborate excursions to the mainland to get Swedish flat-packed furniture
No items found.