A section of the Malahat Drive shortly after the installation of new concrete barriers (B.C. Ministry of Transportation and Infrastructure)
Infrastructure 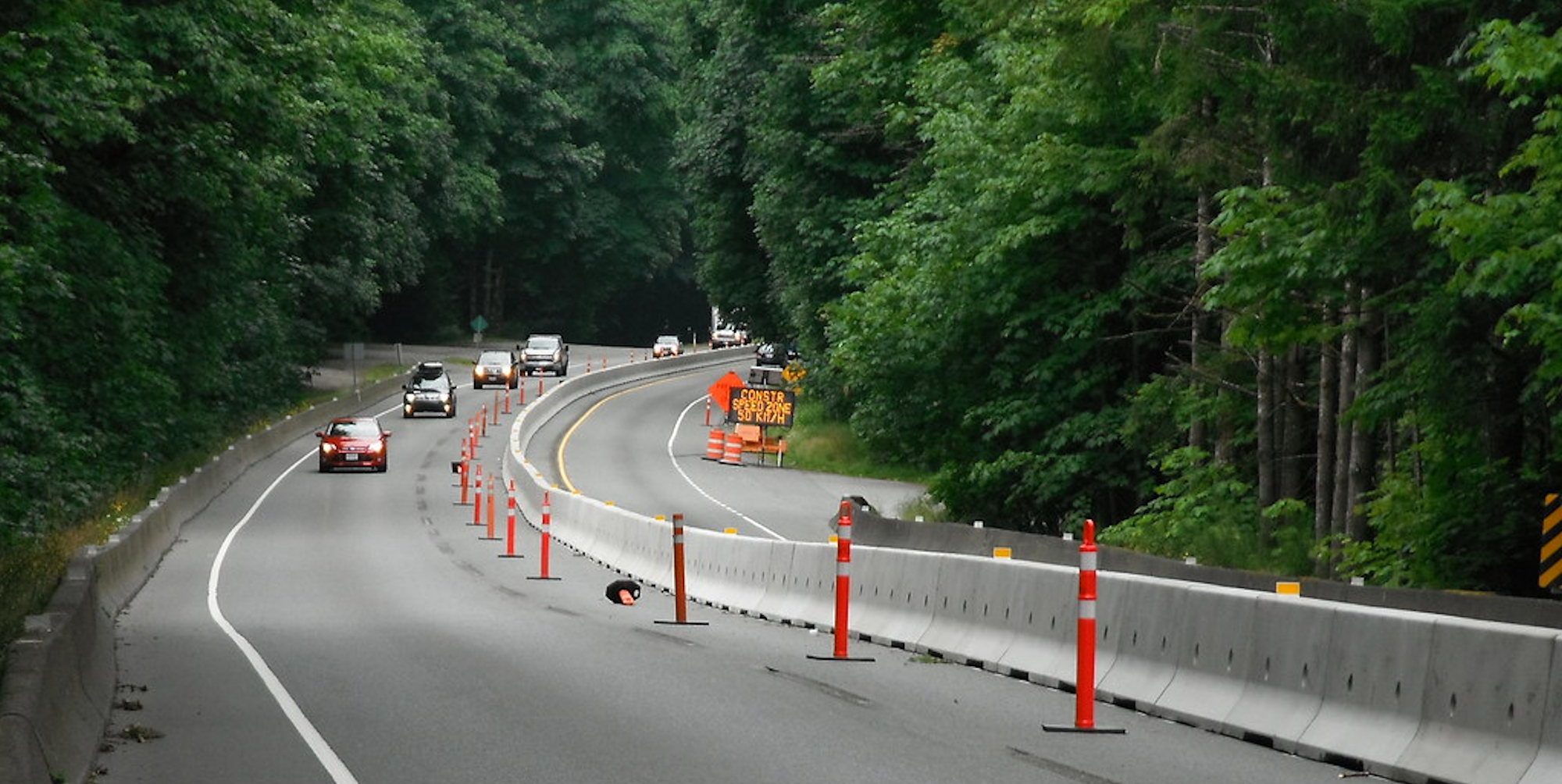 A section of the Malahat Drive shortly after the installation of new concrete barriers (B.C. Ministry of Transportation and Infrastructure)

On Monday, the B.C. government officially walked back an expansive 2018 promise to build a route around the finicky Island highway. But not before they commissioned an exhaustive 150-page report as to what that route would have looked like. Below, The Capital details the Malahat alternative that might have been.

The report was prompted in part by public outrage stemming from September, 2018, when the Malahat was closed twice in three weeks. First, when a fatal sewage truck crash closed the highway for eight hours. And then again, when the highway was hit by a small rockslide. All told, the report found that between 2009 and 2018, the Malahat was closed a total of 40 times. The average duration of a closure was 7.2 hours, with the absolute worst clocking in at a devastating 21 hours.

There are existing bypasses, but they're awful

Victoria isn't completely cut off from the rest of Vancouver Island whenever there's a Malahat closure. Currently, the one way around is a 3.5 hour odyssey that goes through Jordan River, Port Renfrew and Lake Cowichan. Or, for a lucky few, there's the Brentwood Bay to Mill Bay ferry. Although, with only nine sailings per day of 22 cars apiece, the ferry can only carry less than 0.1% of the Malahat's daily traffic volume. The committed detourer could also board a ferry to Tsawwassen and then another one to Nanaimo's Duke Point, although this is dramatically longer and more expensive than even the Jordan River circle route.

A detour could be had for about $30 million

What the new report did was to examine seven potential detour that would capitalize on existing networks of forestry and service roads. The idea wasn't that these would be permanent detours, but emergency routes that could be sprung into action with flaggers and pilot vehicles in the event of a Malahat closure. Planners ultimately favoured a route that would divert drivers up Sooke Lake Road and through Shawnigan Lake; a trip of only about 40 minutes. Most of the route already exists, although it would take $30 million to spruce up the route for heavy use.

The modern Malahat Drive came into being organically; it’s effectively a horse trail that was gradually flattened and blasted out as the demands of car traffic rose. If transportation engineers could start fresh, they almost certainly would have opted for a route that wasn’t a cliff-lined slalom course winding its way past key salmon streams.

The primary barrier to all seven alternate routes turned out to be environmental concerns. Whichever route motorists traveled, they would be cutting their way through existing provincial and regional parks, negatively impacting everything from cougars to rare fungi.

Any Malahat detour also necessarily has to cut right past Greater Victoria’s water supply. The Sooke Lake Reservoir is currently the main source of drinking water for all of Southern Vancouver Island, and almost every route examined by planners would need to put thousands of cars within uneasy proximity to water that is currently zealously sealed off from human contact.

The most direct route around the Malahat, of course, would be to be build a bridge roughly along the route of the Mill Bay ferry. If it began just south of Butchart Gardens, a 1.6 km span would allow Southern Vancouver Island motorists to avoid the Malahat altogether and hop seamlessly from the Saanich Peninsula to the Cowichan Valley. Victoria’s Stephen Pattison, for one, has spent years shopping around an independent plan to cross Finlayson Arm with a cable-stayed bridge. The people behind New-Island-Highway.ca, meanwhile, propose a tunnel or bridge that would partially pass over Salt Spring Island.

However, no such plan was even considered in the report, and the highway’s daily traffic volume makes clear as to why. In 2018, the average daily traffic volume on the Malahat was 24,739 vehicles. This may seem like lot, but it’s not nearly enough to justify the hundreds of millions that would be needed for a bridge. For context, the newly opened $820 million Port Mann Bridge in Vancouver spans less than half the distance that would be needed for a Malahat bypass, and it carries more than 150,000 vehicles per day.

There’s almost no way this would make financial sense

Only a year ago, Minister of Transportation Claire Trevena was hinting to CBC Vancouver Island that the then-newly elected government of John Horgan might be willing to lay out some serious cash for a Malahat detour.  “It's not going to be cheap whatever we come up with and we have a commitment to make sure that people across the Island can travel,” Trevena said in September, 2018. “I, as a minister of transportation, am committed to make sure that after years of neglect the Island gets the investment it needs.”

The tone was much different this week, with a terse statement saying that detours were now off the table. Instead, "the focus of the Ministry of Transportation and Infrastructure will remain on improving safety on the existing Highway 1 route, so incidents that result in longer closures can be limited," it read.

If Trevena’s ministry has suddenly gotten very cold feet about the plan, it’s likely because this latest report definitively concluded that there’s almost no way it would pay off. The Sooke Lake Road option is not only the cheapest to build, but it would save motorists the most time by being the shortest. Even then, given the rarity of Malahat closures, planners expected it would only save motorists about $7 million worth of wasted travel time over the course of 25 years. The net cost-benefit? Negative $22 million. And the figures get even worse for other routes. Another proposed detour would save drivers $3.8 million worth of travel time while costing an incredible $175 million.