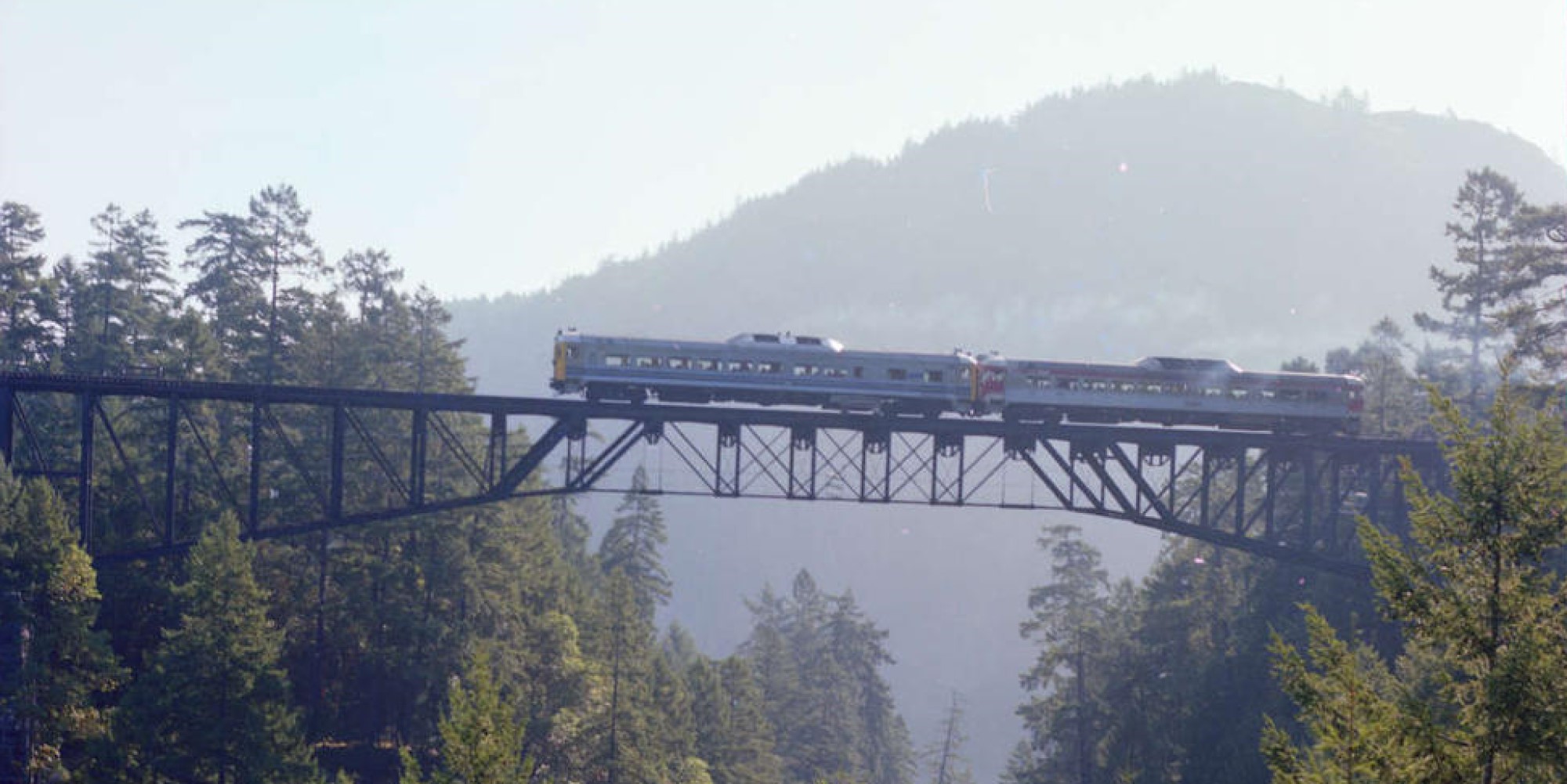 It will take $728 million in upgrades and repairs to fully restore the Island Rail Corridor — formerly known as the E&N Rail line — and another $599 million to introduce a commuter rail service, according to a new report commissioned by the British Columbia government.

The study, conducted by WSP Canada Group Limited for the Ministry of Transportation and Infrastructure, found that most of the rail on the line was in either poor or fair condition, and proposed a phased approach to repairs that would incrementally restore passenger and freight rail on the Island.

The initial phase, which the report proposes be undertaken next year, would see 2 to 4 passenger trains and two to four freight trains per day travel 225 kilometres from Victoria to Courtenay. Passenger stops would be made in Langford, Duncan, Nanaimo, and Parksville. Bringing service to that level would cost an estimated $227 million. The trains would travel between 25 and 30 miles per hour.

A second Port Alberni subdivision of the railway would cost $99 million to add to the first phase, bringing the phase’s total cost to $326 million.

Passenger rail service on the Island Rail Corridor, which is owned by the non-profit Island Corridor Foundation, ended in 2011 over safety and infrastructure concerns. Last year, the 13 mayors representing the Capital Regional District wrote to the province asking the government to immediately restore service between Langford and Victoria. According to the report, sending two to four slow passenger trains daily between Langford and Victoria would cost only $14 million.

That would bring the total cost of the restoration to $552 million. The third, ultimate repair and upgrade phrase, to be completed by 2031, would allow the line to run more than eight passenger trains per day and for even higher freight volumes, bringing the total improvement costs to $728 million.

The final phase would also open up the possibility of debuting a commuter rail service in 2031 that would travel six stops from Langford’s West Hills neighbourhood to Victoria in 28 minutes. That would add $599 million to the project’s total price tag.

Thank you! Your submission has been received!
Oops! Something went wrong while submitting the form.
sean@capnews.ca