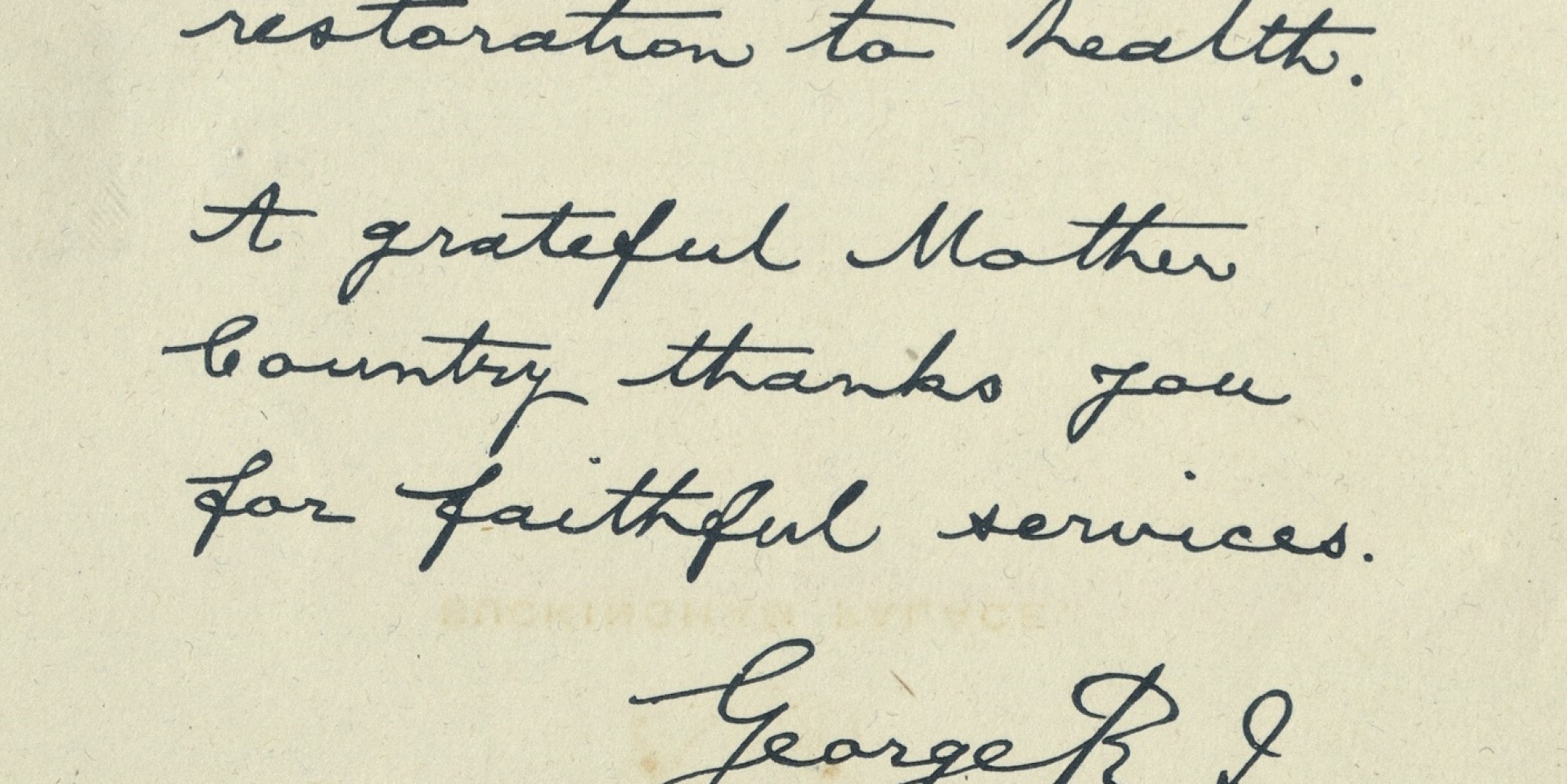 Warning: The accounts below contain first-person descriptions of battlefield violence.

Vancouver Island will only see a few more Remembrance Days in which we will have a living link with the veterans of the foreign wars the holiday was formed to commemorate. Below, Capital Daily dug through diaries, letters and news reports to find these vivid, first-hand accounts of war from Vancouver Islanders, many of which have never been previously published. While many modern Canadians are blessed to know Remembrance Day as a commemoration of distant events and never-met ancestors, the scenes below give a hint of what coursed through the minds of veterans, widows and bereaved families when they stood for the two minutes’ silence.

“I can still remember the pilot trying to control the aircraft. I hung on for as long as I could. My fingers were clinging. One of my legs was stuck. The escape hatch was open. I remember saying ‘God.’ Then, somehow, my foot released from the stuck boot and I was sucked out of the hatch. On my way down, just before landing, I heard a dog bark.”

For years, John McMahon could be seen at Salt Spring Island summer markets selling self-published copies of his book Almost a Lifetime. Within was a near-unbelievable tale of human survival. As McMahon relates above, he was the only survivor of a Lancaster bomber that was shot down over Holland. He spent two years in a prisoner of war camp before being caught in “The March”; weeks of forced marching through brutal winter conditions as Nazi Germany attempted to evacuate POWs away from encroaching Allied forces. Starving, exhausted and wracked by dysentery, at the age of 23 McMahon broke from the ranks and laid down in the snow expecting to die. Instead, his motionless body was picked up and carried to the safety of Soviet lines by a German woman who had lost her husband and only son to the war. McMahon would later make contact with many of the people who had shaped his war, including the Dutch family who had briefly sheltered him after the crash and the German fighter pilot who had shot down his bomber; but he never found out the identity of the woman who had saved his life.

“There are hundreds of bodies lying about unburied, some on the parapets, sometimes half buried, some in the open. There are many bodies mere skeletons, some with flesh on; all can be identified by their French, German or British uniform, particularly by their boots. When we first came to this part of the line we were horrified and shocked at the number of these bodies uncared for and lying where they had fallen. There was a terrible hand to hand fighting here last summer, attacks and counter-attacks every day and I remember reading of parapets being built up with German bodies. I was loathe to believe such could be possible, yet the sights I have seen on this battlefield go far to confirm this seeming scandal of warfare … this is the only part of the line where rum is being issued in summer.”

One of the unique horrors of the First World War was that the static nature of the fighting meant that soldiers were forced to live, sleep, and eat amid the desiccating remnants of prior battles; the overwhelming stench of the front line could be smelled from miles away by approaching soldiers. The famous Battle of Vimy Ridge, for instance, was fought on a relatively small plot of land that had already seen the death or wounding of an incredible 150,000 French soldiers. Private Gunn, who served with the Argyll and Sutherland Highlanders, had a knack for writing, peppering his letters with literary references, poetry and botanical observations. He did not survive the war; Gunn was killed in action four months after the above was written.

To any modern parent who begins to panic whenever their teenager is five minutes late for curfew, the uncertainty and anxiety of sending a son to a world war is unimaginable. Of all the world’s young men sent to fight in European battlefields during the First World War, Vancouver Islanders were among the farthest from home, and any correspondence was not only rare, but it could take weeks to arrive. Worst of all, it was often brutally devoid of details. A terse postcard like the above could often be the only sign of life from a husband or son.

An entirely different set of social mores and expectations weighed on Vancouver Islanders during the world wars. The concepts of duty and manliness weighed heavily on the decisions of many young men to enlist, and social ostracization often awaited those who didn’t. The above editorial is an artifact from what remains one of the most divisive political events in Canadian history; the decision to forcibly conscript soldiers for the First World War. Although Canada had fielded an all-volunteer army for most of the conflict, in its closing months the demand for fresh manpower prompted the federal government to find replacements via a draft. The decision would indeed swell the size of Canada’s army just in time to deliver a final blow to Imperial Germany, but at the cost of exposing deep rifts in Canadian society.

“The bunch had fallen in, and were enjoying themselves with stray Germans, bayonetting, shooting, bombing, and even cracking their heads with grenades held in their hands. I tore round a traverse, and came on a Germ standing on the firing platform. We gazed at each other, and I jumped up, and grabbed him round the neck, clasping him lovingly to my bosom. He was scared stiff, but hung on like a leech. Another German came up to see what was going on, so I picked up my friend's rifle, and walloped him with the butt. My revolver was empty, so I had nothing but five second bombs. Well, I got my first friend started along the trench, towards the bunch, but he didn't move fast enough to suit one of my thugs, so he cracked him open with a shovel.”

The letter above describes a trench raid; a particularly vicious facet of First World War fighting that saw small groups of soldiers sneak into enemy trenches at night to sow terror and confusion. While many Commonwealth armies found the practice too brutal to stomach, it became one of the calling cards of Canadian forces on the Western Front. McIllree, a law student, enlisted immediately after Canada went to war in 1914, and this letter to his mother (who lived just down the street from Craigdarroch Castle) is notable for his unvarnished description of battle. Thousands of Canadians would be compelled to do and see terrible things in Northern France and Belgium, but would typically gloss over the horror in letters to mom. McIllree would survive the conflict, dying in Victoria in 1971.

Now held by the Comox Air Force Museum, the wartime diary of downed airman John Colwell is a treasure of Second World War history. The obsessively detailed document catalogues Colwell’s living quarters, his daily diet, camp layout, and the names and home addresses of his fellow prisoners at Stalag Luft III in Sagan, Germany. The camp would become famous for the staging of the “Great Escape,” a mass-escape of Allied prisoners via tunnel that was immortalized in the eponymous 1963 film. Colwell helped to build the tunnels, although was not among the escapees. His final diary entry on May 2, just five days before the German surrender, was “Goons [Germans] deserting. Tanks arrived at noon - FREE!”

“My idea of Heaven now is, the little old Cowichan river, whether the fish are biting, or not, or my own particular armchair, and a magazine. Love to all, and do not get down hearted.”

This pleasant scene comes at the end of an utterly ghastly letter by McIlree that describes whole units of men being repeatedly disintegrated around him. “It is funny how calm you get. A man falls beside you, and you just heave him out of the way, like a sack of flour,” he wrote. One constant in war correspondence from any era is the burning desire of soldiers to be home, and that’s particularly true of the young men who left Vancouver Island for the trenches of Northern Europe. “Today is miserable and so am I and the thought that I am writing to you in dear old Victoria makes me feel absolutely homesick,” wrote one soldier from England in 1916, even before he had seen the battlefields of France.

"The 48th came in a few days ago so every day I see an old Victoria face ... They all speak of Victoria as the only place on earth and I know the 2nd C.M.R. would be back in a minute if this work was over but to tell the truth there will be very few of us see old Victoria again. Perhaps I should not have said or rather written that last sentence. We are not pessimistic or downhearted but just looking things straight in the face."

Shires was only 21 when he wrote the above meditation on death to a former colleague at the BC Provincial Library and Archives. Shires' letters are particularly tragic in revealing his noticeable youth as he prepares to face war: At one point he complains of London as the "dullest place in the world" and awkwardly admits to a crush on the letter's recipient (who is 20 years his senior). Shires would be killed a year after this letter due to injuries sustained at the Battle of the Somme. The battle became notorious for poorly planned human wave attacks that killed or wounded nearly 60,000 Commonwealth soldiers in its first hours, and Shires appears to have been among them.

Above was the nightmare of any parent who had sent their child to war. Victoria’s Sydney Fisher had been unlucky enough to be assigned one of the deadliest jobs of the entire Second World War. A staggering 44% of all those serving in Commonwealth bomber crews did not survive the war, and for tail gunners in particular life expectancy could be as little as two weeks. Fisher’s mother had been informed by telegram of her son’s disappearance soon after his bomber failed to return to base, and the above letter would have followed weeks later with more details. Fortunately for Mrs. Steward, however, this would not be the last letter she received concerning her son. Fisher was captured as a POW and survived the war.

Special thanks to the Comox Air Force Museum, the Royal BC Museum and the Canadian Letters and Images Project for many of the digitized documents featured in this story.