April 15, 2022
Get the news and events in Victoria, in your inbox every morning.
Thank you! Your submission has been received!
Oops! Something went wrong while submitting the form. 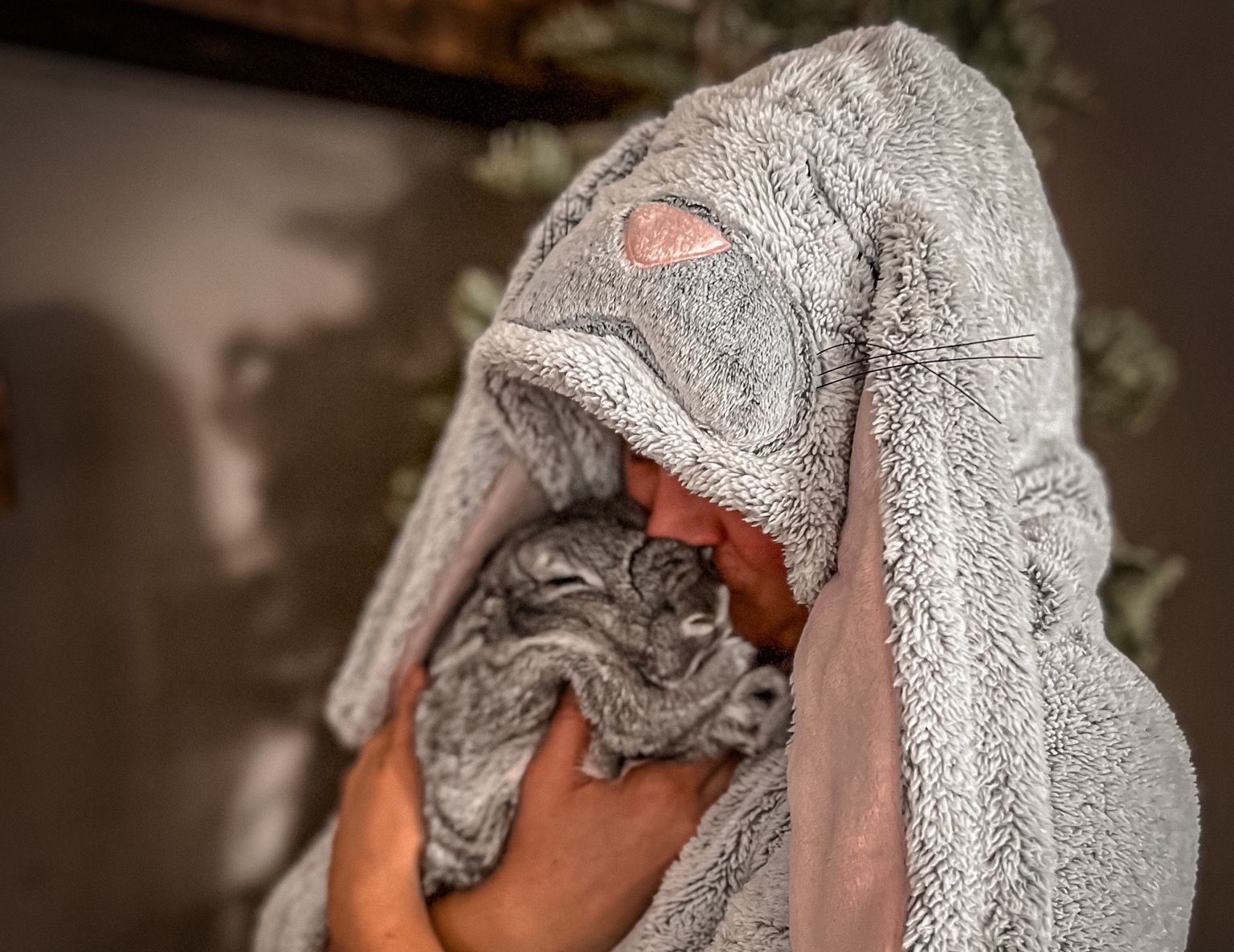 Capital Daily good news coverage is supported by LIFESUPPORT, but the stories and journalism are produced independently by Capital Daily. Per our policy, LIFESUPPORT has no editorial input into this story.

Carla Gaiga could tell right away that Chuck was no ordinary rabbit. He ran right up to her and her coworker as they were walking into work at the Nanaimo Regional General Hospital—something only a domesticated bunny would ever dare to do.

The hospital grounds were a spot where people frequently came to release unwanted pet bunnies, Gaiga said. But domesticated animals like Chuck lack the basic survival skills and genetic characteristics a rabbit requires to survive in the wild.

“I just knew this little guy shouldn't be outside,” she said. “He had the sweetest little personality and I just wanted to find a home.”

Gaiga took Chuck home and fostered him through Amy’s Bunny Barn, a Sooke-based rabbit rescue. Soon after, he was adopted.

Amy McLaughlin, owner of Amy’s Bunny Barn, says there has been a rise in abandoned bunnies like Chuck since the pandemic began. More than 60 bunnies are currently on her waitlist to be given up by their owners.

But McLaughlin and her small team of 10 foster parents are working hard to provide a temporary home for those who need it. Since she started in 2016, she estimates she’s found homes for over 500 rabbits (in addition to a few guinea pigs and chinchillas). On top of her own five bunnies, two cats, and two dogs, McLaughlin is currently taking care of more than 40 foster rabbits in her home-turned-rescue shelter.

Caring for bunnies can be incredibly fulfilling, but it also is not something prospective owners should take lightly, she said.

“I think that people classify them as a pocket pet, more like a hamster or like a guinea pig,” McLaughlin said.

“They're like, ‘Oh yeah, it'll be easy, you just give it water and feed it and it's just super cute and sits in a tiny cage.’ That's not the case.”

Half of the items pet stores sell for rabbits, like small cages, McLaughlin said she would never use for the rabbits in her care. She prefers to let her rabbits explore their enclosures—the more room, the better—and allows some bunnies who aren’t prone to be destructive to free roam.

Rabbits are often mistakenly adopted as “starter pets” by owners who don’t realize they can live up to 10 years. But each rabbit has a unique personality, and can require specified care.

“I've got five bunnies and they're all very different,” McLaughlin said. “People don't actually see that they’re so funny, they're quirky, and some of them are actually super bossy—it's hilarious.”

Prior to opening up her own rabbit rescue, McLaughlin spent 10 years at the BC SPCA in Victoria. She started offering to board bunnies adopted through the SPCA for free, to spend time with some of the bunnies she had taken care of, and demand for her services grew from there. A friend convinced McLaughlin to create a Facebook page for her boarding service, and to begin charging for the care.

Some boarding clients asked McLaughlin’s help with rehoming rabbits they could no longer care for, so she took them in alongside with bunnies the SPCA didn’t have room to house. From there, Amy’s Bunny Barn was born.

“Today, it's become massive,” she said.

Former rabbit owners have driven from as far as ​​Kelowna to Amy’s Bunny Barn to ensure they were leaving their rabbit in good hands. McLaughlin also boards rabbits for owners while they are on vacation, and has many returning clients from the Lower Mainland.

For Gaiga and McLaughlin, fostering rabbits is far more than a hobby. McLaughlin operates Amy’s Bunny Barn on top of her full-time job, giving up much of her home, free time, and finances to ensure she can provide a safe home for as many bunnies as possible.

She wakes up every morning at 6 am, and even on workdays, tries to spend at least three to four hours feeding, cleaning enclosures, and spending as much time with each individual bunny in her care as she can.

This nonprofit comes at a cost, McLaughlin said. The Victorian Humane Society provides funding for the rabbits’ medical expenses—something she says Amy’s Bunny Barn would not be able to continue functioning as it has without. Beyond that, however, she relies solely on donations and her own savings to keep things going.

“Sometimes a bunny can cost me up to $5,000 depending on the care that it needs, and then the adoption fees are like $120,” she said. “I’m taking a massive loss on each bunny.”

On top of that, she also covers the cost of essential items including litter, food, and toys. Most weeks, McLaughlin said, the rabbits chew through $200-300 worth of toys.

But even with the challenges of running the rescue, her passion keeps her pushing for more. She dreams of expanding the rabbit rescue, with even more spaces to take in bunnies, summer camps and educational series for local kids, and a line of locally produced rabbit supplies.

To help launch this expansion and offset the costs of running Amy’s Bunny Barn, McLaughlin has set up a GoFundMe page.

Since Gaiga first started fostering rabbits through Amy’s Bunny Barn, after finding Chuck, she hasn’t been able to stop. She estimates she’s hosted more than a dozen bunnies throughout her time as a foster parent, and currently has five foster rabbits on top of two she owns.

Fostering is the best way to test if you’re well-suited to own a rabbit, Gaiga said. She’s also had her share of “foster fails,” where she ended up adopting her foster bunny instead of waiting for a different owner to give it a home.

“You can't save them all,” Gaiga said. “But the ones that come through my door, I become attached to and I want them to find homes and be cared for properly.”

Knowing your foster bunnies are loved and off to a great home, McLaughlin said, is what makes it all worth it.

“Sometimes you start with a bunny that’s cowering in the corner and then after you're done taking care of it, it's hopping all over you and you've built this crazy bond with it, and now it's going to a home with amazing people,” she said. “That's really what keeps me going: seeing that, and knowing that I am finding these bunnies amazing homes.”