Aaron Devor (centre) is the founder of the UVic Transgender Archives

March 6, 2021
Get the news and events in Victoria, in your inbox every morning.
Thank you! Your submission has been received!
Oops! Something went wrong while submitting the form. 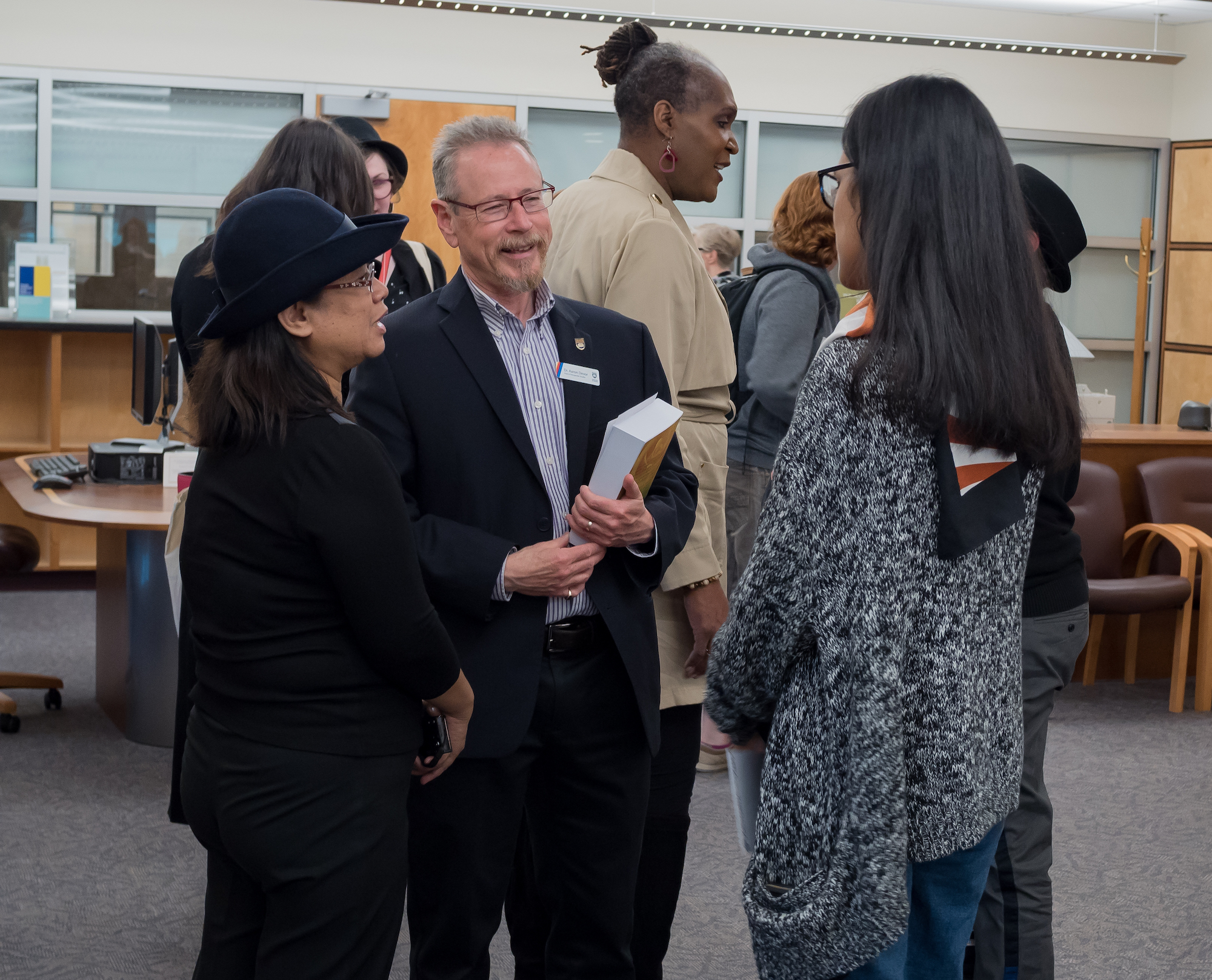 Aaron Devor (centre) is the founder of the UVic Transgender Archives

The University of Victoria is home to the largest collection of works by and about transgender, non-binary, two-spirit, and other gender-diverse individuals on the entire planet.

“Archivists measure the size of their archives by measuring how long they’d be if every item was laid out on one shelf,” says UVic sociology professor Aaron Devor. “If you lay out our books, our bankers boxes, the music, the letters, the photographs, the trophies, everything—we estimate it’d be a football-field-and-a-half long."

Located within the McPherson Library, the Transgender Archives at UVic would have been impossible without Devor’s work.

Devor carries himself with an animated air of cool and confidence as he speaks. His short grey hair sticks up slightly, his light eyes framed by boxy glasses. Even over a Zoom call, he often speaks with his hands. And fittingly, in his home office, Devor is surrounded by shelves of books.

He is a man of many facets. With degrees from York and Simon Fraser in tow at the time (and, shortly afterwards, a PhD in sociology from the University of Washington), Devor began work at UVic in 1989 as an associate professor of sociology. He would later take positions as the first associate dean of social sciences, later the dean of graduate studies, and now serves as the Chair in Transgender Studies.

In addition, he has continuously taught in UVic’s sociology department, and his research into what is now called transgender studies stretches all the way back to the early 1980s. Part of what helped this research, Devor says, is having approached it as a sociologist. That is to say, he has been more concerned with showing how gender diverse people have contributed to society than merely catologuing the history of trans, non-binary, two-spirit, and other gender-diverse individuals.

“I have never had a gatekeeper role in relation to the trans community,” Devor says. “I have been able to build alliances and relationships and form access to the community in a way that many people who have approached it academically have not had—especially in those early years.”

But Devor is more than just an academic. He is a member of the Victoria Jewish community and is happily married to Rabbi Lynn Greenhough of Kolot Mayim Reform Temple. He’s an author, with works including Gender Blending: Confronting the Limits of Duality (1989), FTM: Female-to-Male Transsexuals in Society (1997), and The Transgender Archives: Foundations for the Future (2014)—the latter of which was a 2015 Lambda Awards finalist.

Also among his many facets: he himself is a trans man.

Devor is often solely credited with the creation of the UVic Transgender Archives, but the story of these archives does not begin with him. What would become the first collection within the archives was founded by Rikki Swin, a Chicago-based entrepreneur. She had made a name for herself with Tec Air, Inc., a company focused on plastic injection moulding solutions which she founded in 1970 at the age of 23.

In 2001, Swin founded the Rikki Swin Institute (RSI). Located on the top floor of a Chicago office building, RSI featured a research institute with archives containing photographs, books, videos, newspaper clippings, and more—all created by or focused on transgender, non-binary, and two-spirit people.

However, RSI was not meant to last. In 2004, the Institute closed, and the collections remained confined within for several years after, out of reach of the greater transgender community.

Devor learned of the dormant collections in 2005 while having lunch with Swin, who was then living in Victoria. They were at a little café in Oak Bay when he was told the RSI collections’ fate. His response was to ask, “Would you consider moving them to the University of Victoria?”

The community and staff at UVic were supportive of the idea. After Devor went through a batch of bureaucratic steps, the Swin collection was taken in by the UVic Libraries’ Archives in 2007. This would be the first of several major archival donations, with one of the largest thereafter coming from a professor at the University of Ulster in Northern Ireland. The UVic archives would receive the entire collection of contents from the University of Ulster Trans-Gender Archive.

Though collecting began in 2007, the Transgender Archives officially opened in 2011.

“That was the point where we made a webpage and printed business cards,” says Devor. “That’s when I announced we were now the Transgender Archives.”

The archives’ mission is made clear by two statements on their official website: the archives are “committed to the preservation of the history of pioneering activists, community leaders, and researchers who have contributed to the betterment of trans, nonbinary, two-spirit, and other gender-diverse people” and are “accessible to everyone, free of charge.”

Even the COVID-19 pandemic has failed to hamper that aim of accessibility. Though the physical archives are not as freely available as they were pre-pandemic, there has been an ongoing process of digitizing the archives for years now.

The progress towards digitalization has been significant. Alongside Devor, who was academic director until the end of last year, there is an entire team of people from within the UVic Libraries who work within the Transgender Archives, with much of that work overseen by Lara Wilson, the director of special collections.

“Archives, and the rare publication collections that are often associated with them, would be nothing without people to use them,” writes Wilson in the introduction to The Transgender Archives: Foundations for the Future. Perhaps as a testament to the mission of being freely accessible by the public, Devor’s book is available for free download from the UVic Transgender Archives website.

Devor’s work has not been limited to the archives. In 2016, thanks in part to a $1-million donation from the Tawani Foundation, the University of Victoria created the role of the Chair in Transgender Studies. Devor would become the first-in-the-world chair of this first-in-the-world position.

“It was natural to start the position at UVic,” he says. “It was my idea, so naturally I wanted to start it where I already was.”

This particular iteration of the conference was originally planned for 2020 but had to be pushed back a year due to the pandemic. As a result, the March 2021 conference will be held entirely online. The aim is to not just be a series of lectures and panels, but a full-on celebration of gender diversity.

As for Devor himself, he appears committed to his work. He recently renewed his contract as the Chair in Transgender Studies for another five years in January and is focused on expanding opportunities for students to learn about trans-related topics.

“Now we have five years ahead of us where we can build and grow on what we have done so far,” he says. “And, in the long-term, I’d even love to see UVic become the home of the first-ever full department of transgender studies."

Devor’s eyes seem to brighten as he says this. Though the transgender community in Victoria still faces many issues—from access to health care to discrimination—Devor seems confident that access to resources such as the archives will lead to a brighter future. And, despite the pandemic, the Transgender Archives are still actively searching for new trans-focused documents and memorabilia to further fill their bookshelves and bankers boxes.