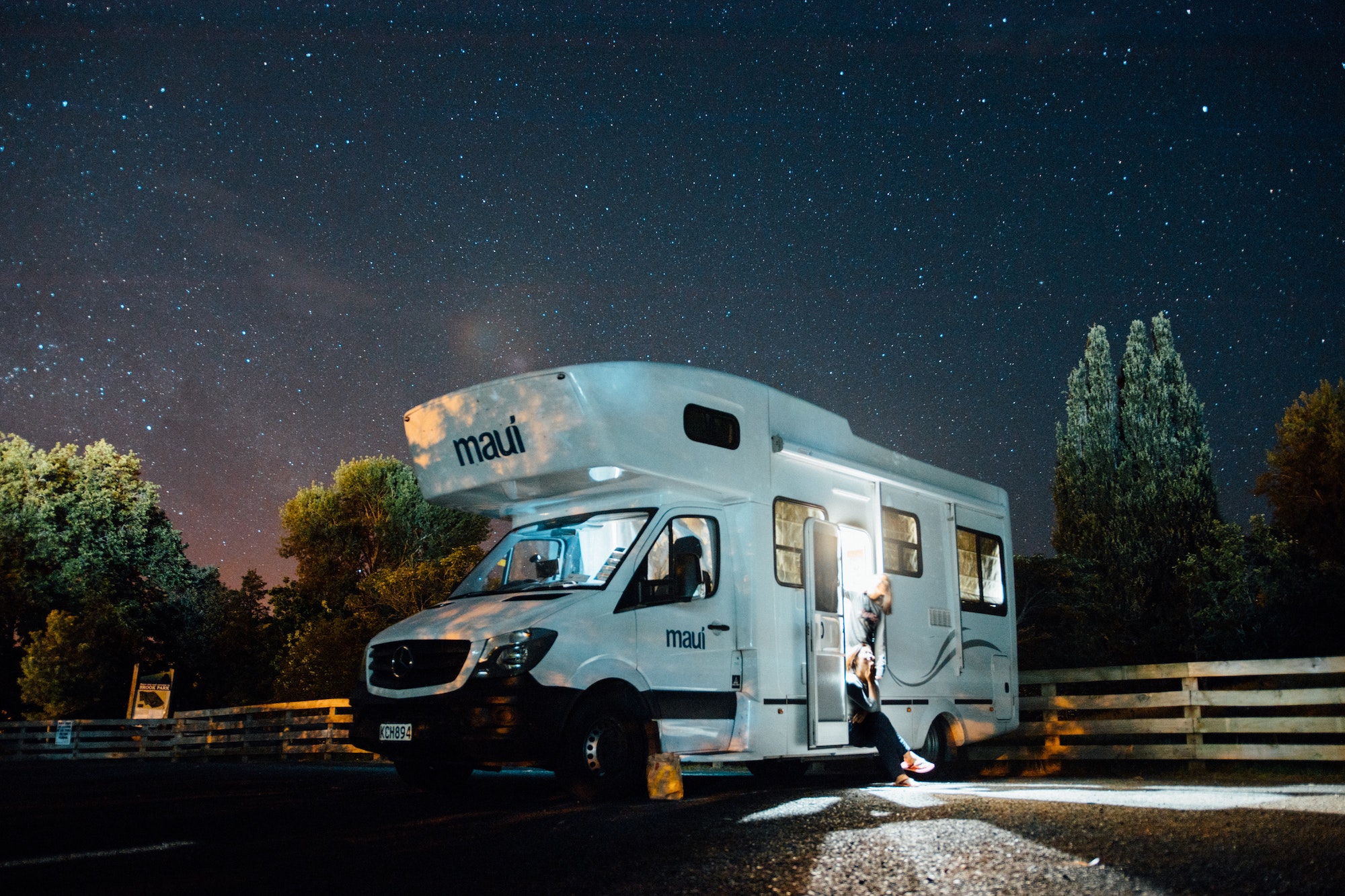 People across Canada reacted with outrage this month at the news that more than a dozen politicians from every level of government travelled over the winter holidays, in spite of orders and guidance to stay home.

But while non-essential travel has been frowned upon in jurisdictions across the country since late October, many businesses and authorities have been actively soliciting those who want to escape colder climates across Canada this winter.

And when John Horgan mused publicly this week about a possible travel ban, industry representatives fought back.

"While now is not the time to encourage non-essential travel, banning visitors from other parts of Canada sends a strong and false message that visitors are to blame for rising transmission rates," BC Hotel Association president and CEO Ingrid Jarrett said in a statement released Friday evening.

Far from what is now being considered, snowbirds flocked to Vancouver Island instead of the more-or-less closed US for their annual migration, aided by business advertisements and local initiatives to support the tourism industry.

On Oct. 26th, Tourism Vancouver Island and the British Columbia Hotel Association launched a campaign to attract Canadian snowbirds who wanted to spend some of the colder months on Vancouver Island.

“BC’s accommodation community has suffered monumental financial losses and hardship due to COVID-19’s impact on travel,” said Ingrid Jarrett, president of BC Hotel Association (BCHA), in a statement at the time.

“With the Canada-US border closed for the foreseeable future, the fall/winter off-season poses particularly threatening challenges to the tourism industry. This requires an innovative look at new potential markets and Canadian Snowbirds pose a promising opportunity that we are thrilled to explore.”

That same day, BC reported over 800 new COVID-19 cases over a three-day period which, at that point, broke records for daily case numbers and signalled the fact that the province had already entered the second wave of the pandemic.

Oct. 26 also marked the day a new provincial health order was announced, officially limiting household gatherings to six people beyond those who live in the home.

Tourism Vancouver Island president Anthony Everett says the initiative was launched after they learned that snowbirds were already booking up campsites and resorts on Vancouver Island for the winter months.

“We received tremendous resident backlash over this,” said Everett in an interview with Capital Daily. “People were missing the fact that we were trying to educate people that were coming here anyway, whether we told them to or not.”

He says the rules have changed in the interim.

“The reminder that we all have to have—and I have to remind myself this every day—is that this was in the old guidelines. Canadians were still able to travel to Vancouver Island at that time.”

While specific requests for people to stay at home were not made as part of an official provincial health order until mid-November, non-essential travel has not been encouraged by public health officials in Canada at any point during the pandemic.

Data from the BCCDC shows that the virus had been all but eliminated on Vancouver Island by late October, but snowbirds were travelling to the Island from jurisdictions where cases were on the rise..

According to Everett, most snowbirds who travelled to Vancouver Island hailed from the Prairies, mainly Alberta.

Statistics from Alberta show that the province had nearly a 5% test-positivity rate in late October—a number that had almost quadrupled since the start of the month.

The seven-day average daily new case rate in Saskatchewan shows that a similar upward trend had begun in that province by late October as well.

And a graph indicating average test positivity rates in Manitoba shows that by the end of October, almost 9% of every COVID-19 test conducted turned out positive, indicating a drastic increase over the start of the month when the rate was just 2.2%.

Everett maintains that the rationale behind launching the “Venture West This Winter” campaign was to direct snowbirds to locations that weren’t already booked in order to prevent people from staying in unauthorized spaces.

Once BC instated province-wide restrictions on Nov. 19 instructing people to stay within their own communities, the campaign was stopped, and a pop-up on its website began discouraging people from visiting Vancouver Island.

According to Vancouver Island Health Authority, there were 16 visitors from out-of-province who tested positive for COVID-19 while in the region since the start of the pandemic. At some points during the pandemic, that number would account for several days’ worth of cases on the Island, but they are not counted as part of the daily numbers released by the province.

“We do not include these people in our case counts. They are counted by their respective province if out of BC or by BCCDC if out of Canada,” Island Health added in an email to Capital Daily.

Island Health did not break these cases down by the month in which they were recorded, or whether they were linked to any other Vancouver Island cases.

Another missing piece of the puzzle is how effective the advertising was in attracting visitors. An analysis of Canadians’ movement patterns—through data collected from anonymized cell phone tracking—shows that overnight travel to Vancouver Island dropped significantly compared to last year.

Despite an overall drop in the amount of travellers who visited the Island, anecdotal reports shared by Tourism Vancouver Island and businesses prove that the number of Canadian snowbirds choosing to visit the Island instead of travelling to the US has increased considerably.

According to Everett, the percentage of snowbirds who have come to Vancouver Island has increased by at least 30% compared to previous years.

In addition to RV campsites, he said there are quite a few properties, particularly in tourist hotspots like Parksville-Qualicum, that are full.

No known link to surge in cases

During the second wave of the pandemic, COVID-19 cases on Vancouver Island have spiked twice. Both times, the largest number of cases has been recorded in the Central Island region, where many of the busiest RV parks and resorts are located.

However, there have been no reported exposures or outbreaks at these campsites.

One partial explanation for why the pandemic seems to have bypassed these areas is a Nov. 13 order issued by Island Health chief medical health officer Dr. Richard Stanwick in response to high volumes of travellers reported at campgrounds and RV parks.

“What I did was work with industry to make sure that the operators of trailer parks and campgrounds keep a detailed record of the people who are taking advantage of their facility, so that should there be an outbreak, we would have much more detailed information which would facilitate our contact tracers,” Stanwick told Capital Daily.

According to Everett, another factor that shows snowbird travel to Vancouver Island did not significantly contribute to a surge in cases is that once snowbirds arrive at their destination, they tend to stay put.

“I know a few properties that had a number of people come in right before the current guidelines have been in place, and they're still there,” he said.

“What we say, and what Dr. Stanwick has said, is that once they're here, they're a part of our community.”

At Park Sands Beach Resort, an RV camp located right by the beach in Parksville, managers say they’ve seen double the number of snowbirds booking sites than they normally do, and business is booming more than usual this winter.

“We get a lot of Albertans mainly but we also get people from Quebec, Ontario and Saskatchewan and from other parts of BC,” office manager Michelle Seidel told Capital Daily. “We’re getting more brand awareness this year compared to other years.”

Seidel says they’ve been visited twice by an Island Health employee: once to help them set up a sanitization protocol for the facility, and second to make sure the business was following all procedures.

‘People have been talking about [a ban] for months and months’

The campsite has thus far had no issues with visitors not following COVID-19 safety protocols, but Seidel says some eyebrows were raised when the resort placed an online advertisement targeted at enticing Alberta and Saskatchewan residents to visit.

While the province-wide restrictions that took effect on Nov. 19 recommend people stay at home and avoid travelling, BC has no official restrictions on travel and there are no requirements for travellers entering the province to quarantine upon arrival.

At a press briefing on Jan. 14, Premier John Horgan said he is seeking legal advice on whether a ban on travel from other provinces would be constitutional, after months of being asked about it.

"People have been talking about [a ban] for months and months, and I think it's time we put it to bed finally and say either, 'We can do it, and this is how we can do it,' or 'We can't,'" Horgan said.

Michael Feder, a Vancouver-based lawyer with expertise in constitutional law, told CBC that the idea of an inter-provincial travel ban in the middle of a global pandemic is not unconstitutional.

"You have to be living in a cave not to understand that the situation in Quebec and Ontario is different than the situation in BC,” he said. “If the government is seeking to justify a ban based on this problem, it's not going to need to contextualize it for anyone.”

The travel industry disagrees with that assessment, arguing in its Friday press release that a ban on inter-provincial non-essential travel would violate the Charter of Rights and Freedoms and "further cripple a sector that is barely hanging on by a thread."

Provincial Health Officer Dr. Bonnie Henry said she is not considering requiring travellers to quarantine when they arrive in BC.

These announcements were made the same day as the release of an Angus Reid poll that shows 65% of Canadians would ban personal travel if they could.

The results of polls and online comments expressing concern about travellers are not reflected on the ground, at least for Park Sands Beach Resort.

“I think it’s a great opportunity for people to travel within the country,” Seidel said.

“I get phone calls all day inquiring about booking. Some of the other parks that aren’t right on the beach are cheaper, and are full because of the price. Snowbirds usually go for cheaper prices.”

When asked whether she is worried travellers may be spreading the virus by visiting businesses in the local community, Seidel says the fact that Parksville is a small community makes it safe.

“When I’m out and about in the community it seems like there’s not a lot of traffic in town,” she said.

“If you go out, you might go to a restaurant, you’ll see maybe five people, tops. I think being in a small community would be safer.”