June 9, 2021
Get the news and events in Victoria, in your inbox every morning.
Thank you! Your submission has been received!
Oops! Something went wrong while submitting the form. 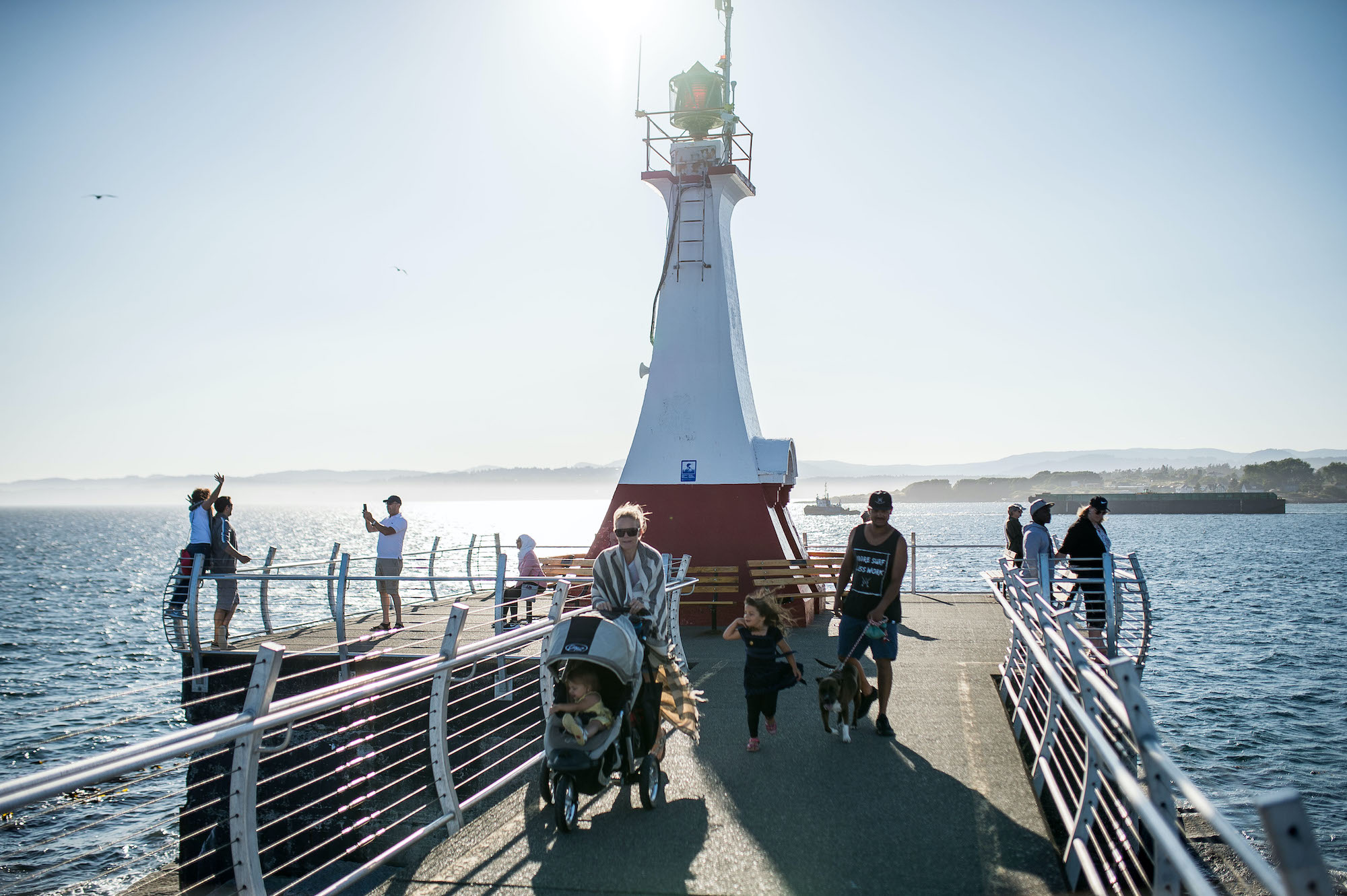 Victoria has long been perceived as a city with little night life: a safe haven in which to enjoy retirement. But in recent years, that trend has been bucked by an influx of youth.

In 2016, as more folks around the country began to take note of Victoria’s booming tech sector, the Toronto Star wrote about “Cool Victoria” attracting 20 and 30-year-olds to the region. That same year, Vogue magazine described how the south Island’s tech sector and creative entrepreneurs helped change the perception of Victoria.

More recently, Victoria was named one of the top cities for young workers in the country.

Youthful Cities, an Ontario-based company that advocates to make cities more youthful globally,  released an Urban Work Index last month in collaboration with RBC, which ranked Victoria as the fourth-best city for youth to work in, nationwide according to 76 different indicators.

Victoria trailed only Edmonton, Hamilton, and Vancouver as the index’s best urban work cities for people aged 15 to 29. Although it’s hard to compare year over year with additional categories, the designation was five spots higher than the city’s ranking in Youthful Cities’ 2019 Urban Work Index.

So, why is Victoria, more often referred to as “a mecca for the elderly,” now seen as a trendy place to work for younger folks?

According to the creator of the index, it doesn’t hurt that BC has the highest minimum wage in the country at $15.20 per hour.

“It’s a city that does really well in a number of areas; it benefits from a higher minimum wage,” Robert Barnard, co-founder of Youthful Cities, said. “It’s pretty strong in income generation, public health, which is certainly an issue on the top of everyone’s mind with the pandemic.”

Jerome Etwaroo, associate director at the University of Victoria’s Coast Capital Innovation Centre, believes a combination of experiential learning opportunities and work placements through the university, innovation hubs like the one he works at on campus, and a booming tech hub help explain the youth interest.

“The tech sector is growing really quickly,” Etwaroo said. “A lot of [people] in the tech sector are young entrepreneurs—many of those are UVic grads who have started businesses—so there is this vibrant, young environment.”

In terms of co-op placements, and internship opportunities for young people, Victoria ranked among the top four cities in the survey.

While Victoria has been attracting more millennials and getting younger in recent years, Barnard said, the city benefited in this index because it still has a relatively low overall youth population compared to other cities. The city had the second lowest youth unemployment rate, 8.1%, among the 27 cities surveyed.

“That means, per capita, it does well on a lot of things. It has one of the lowest jobless, unemployment rates in the country, so right off that bat, that says if you want a job, there it is. But it’s partially because there’s less youth living in Victoria,” Barnard said.

Maintaining categories like affordability, employment, and entrepreneurship from the first report, the 2021 Index added extra barometers for youth workers—such as Climate Change and Diversity and Inclusion—to better represent what young workers want from a city.

Victoria ranked seventh in climate change and 11th in equity and inclusion among the 27 cities surveyed.

Coordinator of the City of Victoria Youth Council EJ Weston believes the nature of the city’s atmosphere played a role in its favourable youth ranking.

“I grew up outside Victoria, so I always thought Victoria was an older city. But you have that small city vibe, everyone kind of knows each other, and there’s lots of community,” Weston said.

Among the biggest reasons why youth may be driven out of the Victoria area is the high cost of living in the region.

In 2019, a report led by home rental company, PadMapper, had Victoria as one of the top five expensive cities to live in the country. In Barnard’s 2021 Index, the city was ranked as the 20th most affordable city to live in.

“Even Vancouver, which came number one overall, but came 24th on cost of living. Victoria came 20th,” Barnard said. “We highlight that… for sustainability it’s pretty tough to have a cost of living that high and maintain that younger population.”

Although Barnard says Victoria has a strong entrepreneurial community and tech sector, they also ranked low on his survey in terms of entrepreneurial infrastructure: placing 24th out of 27. He believes that slotting could be due to the nature of their ranking system; specifically, how they classified Greater Victoria, including districts like Saanich and Oak Bay, in the index.

If, Barnard says, a city had a large concentration of coworking spaces—a factor they used to measure entrepreneurial infrastructure—in one area, when they considered other municipalities in a region like Greater Victoria, it brought their per capita score down.

According to the coworking map website, Coworker, seven coworking facilities are currently open in Greater Victoria, five of which are located in Victoria, and the other two in Saanich and Colwood.

“In Victoria, there’s a really vibrant entrepreneurial and tech community,” Barnard said. “The opportunity is to use some of the real assets that are in this document to continue to build that entrepreneurial infrastructure that I think is happening, but more throughout the lower Island.”

While in his job working with young entrepreneurs, Etwaroo says, the pitfalls and struggles with each individual may vary. But forming connections for young people—especially folks from marginalized and underrepresented communities—is an overarching factor he and the university have noticed and strive to overcome.

“One of the biggest things as a region we are looking at is training and retention of talent,” he said.

How to retain youth

Following a 2019 youth economic roundtable, an economic plan adopted by Victoria city council in May 2020, Victoria 3.0, outlined actions to help support youth in the economy. Specifically, the report writes, hosting entrepreneur business sessions and implementing an internship program at city hall are two areas of focus.

When asked what organizations need to do to hire youth, Weston says they need to take into consideration the environmental needs of a younger workforce—including mental health and diversity supports.

“Youth is an encompassing term, do you have proper supports for queer youth? Indigenous youth? Or youth who were just refugees?” they said. “One in five youth (aged four to 19) struggle with mental health, so does your organization have any mental health support and provide resources?”

Offering wages at or above minimum wage and working with youth employment organizations are another two factors that employers should consider.

Etwaroo says fostering young entrepreneurs and their businesses, from either an idea or small company, is one example of how he strives to keep youth talent on the Island. Because, at the end of the day, he understands the importance of youth to the region and its local economy.

“Youth talent is very critical,” he said. “They bring diversity, perspective, and understand digital worlds and the need for climate policies.”