Halle Shedden has been working to create a safe space at Taco Justice after previous experiences of being sexually harassed within Victoria's restaurant industry. Photo: Martin Bauman / Capital Daily

Man denies he is the Island missing person his fingerprints identify him as
Sexual Assault
News
Based on facts either observed and verified firsthand by the reporter, or reported and verified from knowledgeable sources.

August 16, 2022
Get the news and events in Victoria, in your inbox every morning.
Thank you! Your submission has been received!
Oops! Something went wrong while submitting the form. 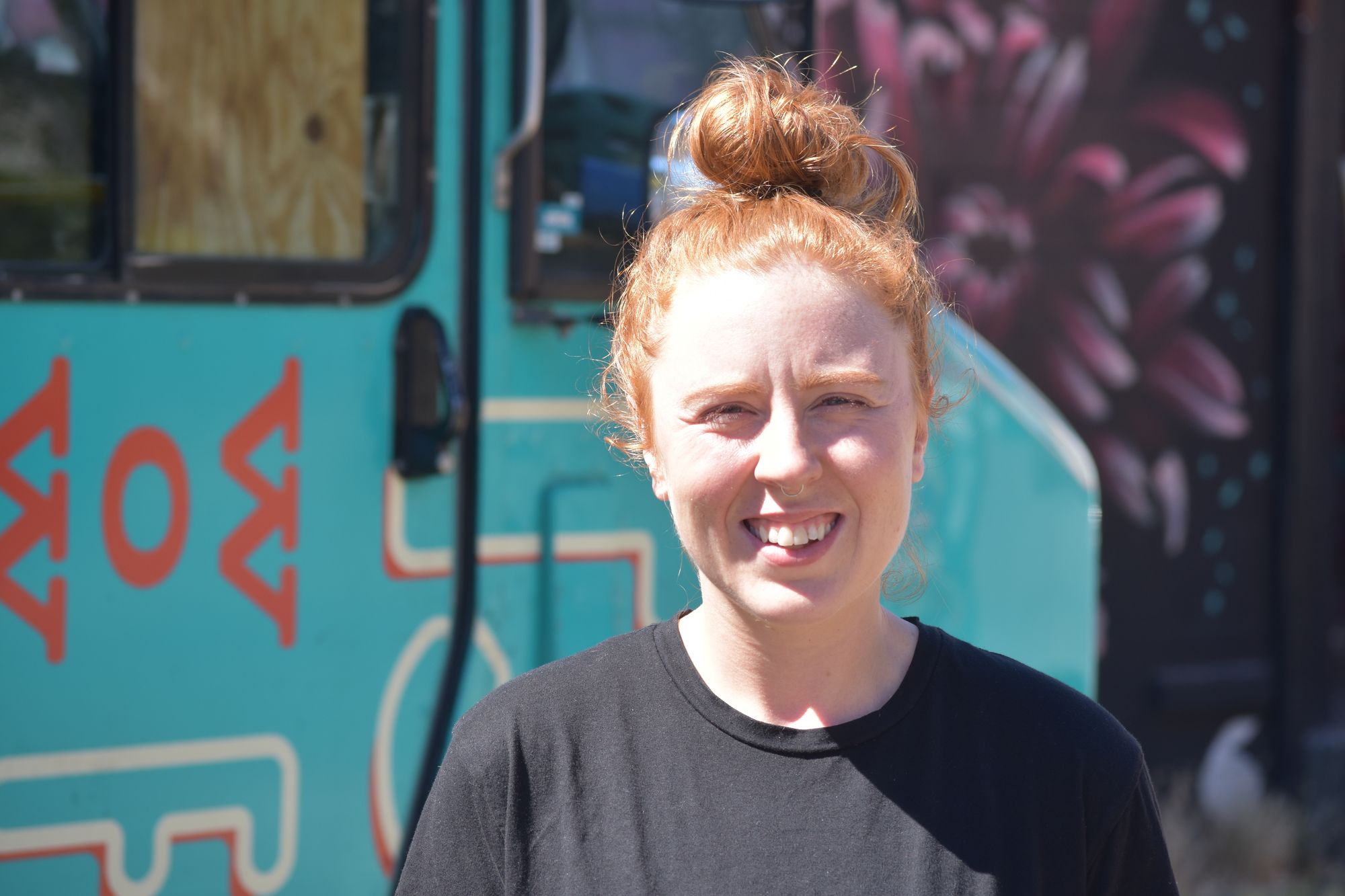 Halle Shedden has been working to create a safe space at Taco Justice after previous experiences of being sexually harassed within Victoria's restaurant industry. Photo: Martin Bauman / Capital Daily

Content warning: This article deals with sexual assault. If you are in crisis, find a list of support services here.

Halle Shedden can list the times she’s been sexually harassed and abused—or witnessed others face similar fates—working in restaurants in Victoria. From Tacofino, to Little Jumbo, to Il Covo, to The Penny Farthing, she has a story for nearly every kitchen she’s worked in since moving to Victoria in 2015.

There’s the former coworker from Little Jumbo who shared nude photos of her with his male colleagues; the kitchen she worked in where bosses told her coworker that it smelled like fish, and that “she should shut her legs”; the Tacofino staff party where she blacked out and woke up in another man’s house, covered in bruises.

“Three staff members asked me if he was ‘a good lay.’”

She recalls each instance with clarity—and, since taking over as manager at Taco Justice, she’s been working to ensure that behaviour has no place anywhere.

Eighteen months since rape allegations sparked an industry-wide reckoning in Victoria, she’s far from the only one.

Stories of sexual assault within Victoria’s bar and restaurant industry began circulating on social media at the end of January 2021, and then quickly became a flood. More than a dozen women came forward in the following weeks, with various claims of sexual assault, including being drugged, and then raped while they were unconscious.

A number of allegations focused on Jesse Chiavaroli, a former bartender at Chuck’s Burger Bar. The stories rippled industry-wide and sparked protests outside of Chuck’s and the Victoria police station. By March, Chuck’s had closed permanently. Police arrested Chiavaroli in Vancouver on Dec. 10, 2021. He received four charges of sexual assault and one count of assault with a weapon. His trial is ongoing and the charges have not been tested in court.

Chiavaroli wasn’t the only one named in the allegations.

“The thing you have to understand about working in the industry is that guys like him are everywhere,” Shelby, who has worked in restaurants for seven years, told Capital Daily in an email. (Capital Daily has changed her name in order to protect her privacy.)

A 2017 Buzzfeed investigation found US restaurant workers filed more sexual assault and harassment claims than workers in any other industry.

By May, Victoria City Council passed a motion to create an industry-led working group focused on preventing sexualized violence in the hospitality industry. Council appointed Sarah Potts and Jeremy Loveday to the working group.

“I think that the City of Victoria should be doing more and can be doing more, and I hope that over the next little while we'll see the city really show leadership in ways that perhaps other municipalities can follow suit,” Loveday, who brought forward the initial motion, said at the time.

StatsCan: Police-reported sexual assaults on the rise in Victoria

The allegations within Victoria’s hospitality industry speak to a broader trend in the Capital Region: police-reported sexual assaults in Greater Victoria climbed 49% from 2020 to 2021 (the year of the Chuck’s Burger Bar allegations) and have more than tripled since 2012.

Since 2015, the rate of sexual assaults in Greater Victoria has outpaced or equalled the average of Canada’s 35 largest census metropolitan areas in every year but one.

Victoria Sexual Assault Centre executive director Elijah Zimmerman says the centre has seen a “steady increase” each year in the demand for its services—and also a rise in the complexity of need.

For many service users, Zimmerman says, the incidents resurfaced memories of historic trauma around sexualized violence.

“When things are publicized… that can bring up a lot for people when they hear that news,” he told Capital Daily.

Victoria police spokesperson Cst. Cam McIntyre told Capital Daily the police department believes a return to post-COVID nightlife in downtown Victoria may also be a contributing factor to the spark in cases—along with an increasing cultural awareness about sexualized violence, brought on by the #MeToo movement.

As much as reports have increased in Greater Victoria, Zimmerman says the true number of sexual assaults is likely several multiples higher. For every sexual assault reported to police in Canada, it’s estimated that as many as 15 go unreported.

Despite increased awareness about rape culture, it remains difficult to secure a conviction in sexual assault cases.

Per Statistics Canada, less than half (43%) of sexual assaults reported to police between 2009 and 2014 resulted in a charge being laid. Twelve percent of reported sexual assaults led to a criminal conviction. Seven percent led to a prison sentence.

That gap—and fears of workplace retaliation—have kept some, like Shedden, from reporting cases in the past.

“I didn’t know how to stick up for myself, because it was like my job security [was at risk],” she told Capital Daily. “I didn't know what to do. I had no idea who to talk to. I didn't know who would believe me.”

Municipal councils across Greater Victoria have taken notice in the months since allegations came to light in the region’s hospitality industry.

That echoes what Couns. Potts and Loveday have been working toward in Victoria.

Potts told Capital Daily in an email that she and Loveday have been working with Ending Violence Association of BC (EVA BC), Good Night Out Vancouver (GNOV), and the BC Restaurant and Foodservices Association (BCRFA) to proactively address and prevent workplace sexual harassment in the city’s hospitality industry.

She added that EVA BC and GNOV have developed an online course, funded by the City of Victoria, for both employers and staff in the hospitality industry that “focuses on how to create and sustain a safe, respectful, and inclusive workplace culture, how to recognize and respond to incidents, [and] how to support those impacted.”

The course is expected to be ready to launch by late August, or early September, Potts said.

‘Awareness is the biggest thing’

Shedden has noticed some things change since the early days of 2021, when some of the first stories involving allegations of abuse came to light.

“People are talking about it as a dialogue now, when before, it was like no one wanted to say anything, which is a huge difference,” she says.

She has modelled that with her own team at Taco Justice, with efforts to create an inclusive atmosphere that’s free of harassment. She calls the reckoning overdue.

“You don't want your staff to feel scared to come to work every day, when before it was kind of like, ‘Just show up, do your thing. Boys will be boys.’

“I feel like a lot of people were ashamed of feeling [alone]. And we all kind of realized, ‘Hey, we've all had this happen to us.’ And we don't have to let this keep happening.” 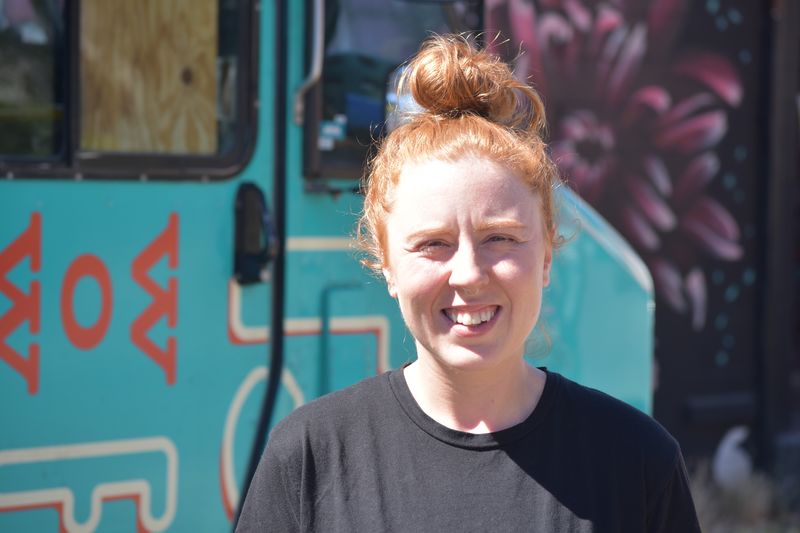 Eighteen months after rape allegations shook the industry, here’s how things have changed
No items found.