July 24, 2022
Get the news and events in Victoria, in your inbox every morning.
Thank you! Your submission has been received!
Oops! Something went wrong while submitting the form. 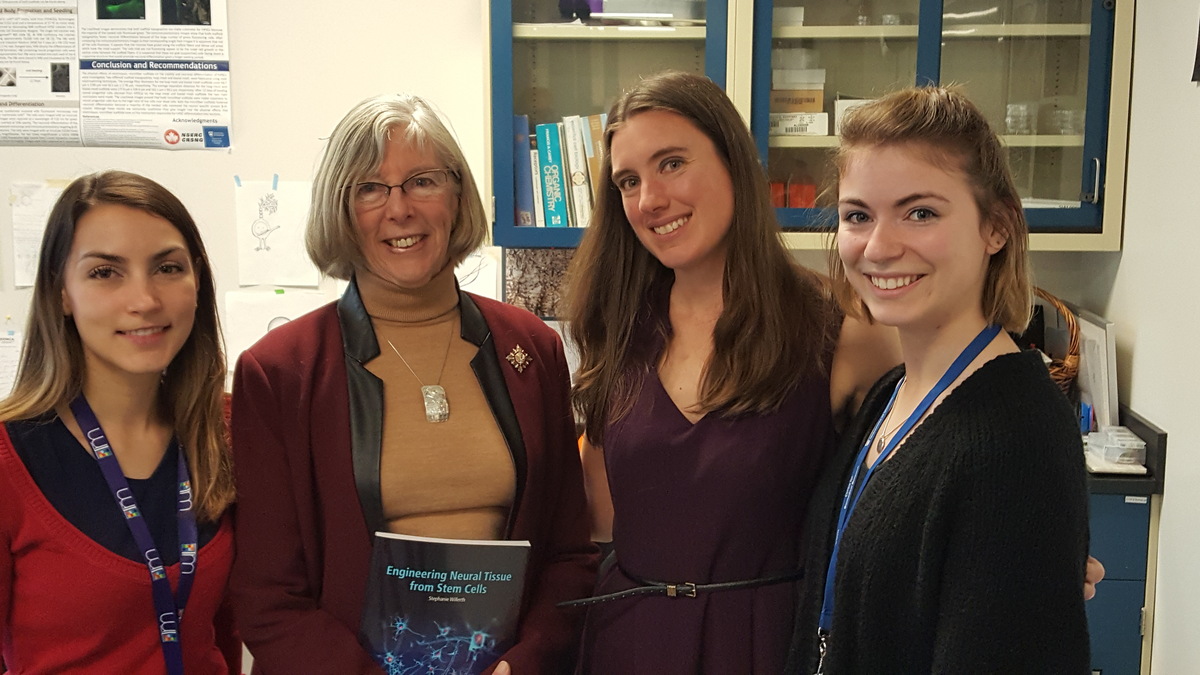 What if you could print healthy brain tissue, or brain tumour cells, and use it to spur future breakthroughs in cancer research?

That’s all in a day’s work for the Victoria-based Axolotl Biosciences, a startup founded out of UVic.

Since 2020, the biotech company—led by Stephanie Willerth, Laila Abelseth, and Laura De la Vega—has been producing “turn-key reagents” from biopolymer inks to 3D tissue models, and they’ve built a clientele and audience that spans from the US, to Japan, to Australia.

And if things go their way, it could end up shaping the way we think about our bodies and their regenerative potential—from how we treat disease, to injury, to how we imagine the future of medicine.

Stem cells have been touted as holding a potential answer to everything from Parkinson’s, to Alzheimer’s, to cancer. The cells, which have been described as “the body’s raw materials,” are so unique because of their function: they start as a blank slate, but can become a variety of cells throughout the body, from nerve cells, to blood cells, to liver cells, to brain cells. No other cell type is as versatile.

Understanding those cells, and working with them, offers a wealth of opportunities. But studies have rarely brought human stem cell tissues into drug research, primarily because they’re hard to extract. Which makes for a lucrative market if you’re able to create them—for example, through printing.

Axolotl’s tissues are made possible through bioprinting: a process, not unlike 3D printing, by which researchers can create new biological material by using a blood protein that contains stem cells.

“You're taking this gel, putting some cells in… and some other biological factors, and then you're just laying it down, layer by layer,” Abelseth, a former UVic grad, told HighTechU.

Abelseth and her colleagues are not the first in the bioprinting realm—it’s estimated the global industry could be worth US $5.3 billion by 2030. But they’ve managed to solve a key problem: most of the printers are “pretty harsh on the cells,” says Willerth, and can often lead them to dying.

So the founders came up with a hydrogel solution that excelled at keeping the cells alive—“especially delicate cells, like stem cells,” Willerth told Capital Daily.

From there, they’ve been able to bioprint brain tissue, heart tissue, and stem cell tissue—and further opportunities abound. In March, the New York-based 3DBio Therapeutics gave a 20-year-old woman a 3D-printed ear made from her own cells.

“I think it's really going to open up the doors for other tissues to be bioprinted as well,” says Willerth.

Challenges of starting a business

Willerth and her colleagues incorporated on Mar. 23, 2020, just five days after BC declared a state of emergency due to the COVID-19 pandemic.

“Man, it was really crazy,” Willerth says. “At the time, everything was shut down. So the company was started virtually with Kali [Scheck], our production manager. And then we had four interns.”

For three scientists in Willerth, Abelseth, and De la Vega, they suddenly had to learn how to operate a business.

“We had to learn it kind of while we were doing it, which made it extra challenging,” Abelseth told HighTechU.

They’ve done well for themselves since then. Axolotl received $265,000 in co-funding earlier this month from Next Gen Manufacturing Canada, as part of their research into ink that can be used to print human brain tissue. They’ve been looking to move off-campus from Finnerty Road into a proper space of their own.

“We've been talking to the [Vancouver Island] Tech Park about renovating some of their space there to move into,” Willerth says.

Other beta testers in the US are using Axolotl’s ink to print bone stem cells. The scientific journal Nature selected the startup as “one to watch.” A research space south of the border is in the plans.

“We are developing collaborative alliances with groups excited about how our bioinks will help them make progress,” Willerth told Victoria Tech Journal. “Seeing strong adoption by clinicians, researchers, and doctors is a clear indication that we are growing in the right direction.”