July 1, 2021
Get the news and events in Victoria, in your inbox every morning.
Thank you! Your submission has been received!
Oops! Something went wrong while submitting the form. 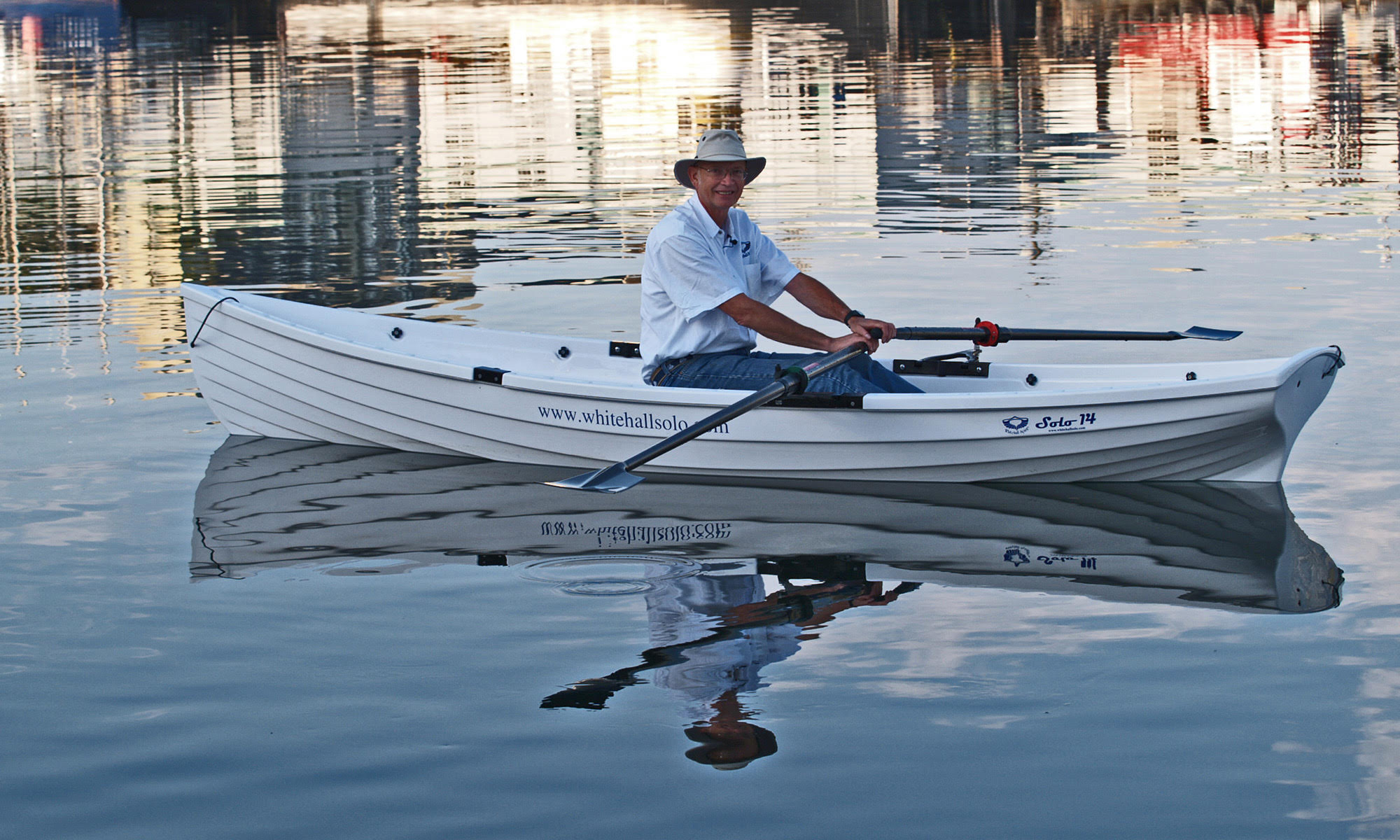 When Harold Aune was a boy, his father built him a wooden cedar-planked rowboat. Growing up on the Sunshine Coast in the early 1960s, he cherished his father’s creation and rowed it for miles to fish and admire the nearby islands.

There was something about being on the water, to Aune, that made him feel like he was floating on air. Even when he was on land, he’d spend hours reading memoirs and novels about adventurers navigating the globe on their sailboats.

Although he never had an interest in competitive rowing or sailing, Aune lived for the quiet tranquility that came with being on the water. He also learned to enjoy the work that went into crafting the perfect rowboat.

Aune’s father, who passed away in his teenage years, could build a house, barn, or rowboat with his own two hands.

As he grew up, he was eager to prove his own construction skills.

Following in his father’s footsteps as a teenager, he started to hand make his own boats and sailed along BC’s coast in a 37-foot trimaran, a multi-hull boat, named after his dog, Freya.

“I was pretty successful through my twenties,” Aune, 70, says over the phone to Capital Daily. “Building a boat takes a fair bit of effort; I think I built five of them between the ages of 19 and 31. What’s cool about it is that you’re building a machine that can cross the ocean.”

After finding odd jobs at shipyards around Victoria and dabbling in the construction of personal yachts and houseboats, a friend showed Aune an old Whitehall-designed rowboat—a practical boat that was designed and popularized in New York City in the 19th century.

He loved the simplicity, the beauty, the heritage in its design and wondered what he could do to make it a more accessible exercise tool for all folks. Eventually, with his business and life partner Marie Hutchinson, they came up with the idea to add slide seat technology to the Whitehall boat.

“I thought, ‘Wow, that’s what people should be into as well as kayaking,’” Aune said.

While the slide seat design had been around for rowing use in North America since 1857, Aune saw the addition to Whitehalls as a way for exercise enthusiasts to engage muscles in their upper and lower bodies.

“That is one of the best forms of fitness: not only does it have a fitness component but it has a mental component. It’s like rowing, it engages the body and puts the mind in a different place which relieves people from whatever it is that they’re doing.”

In 1987, with sales growing rapidly from the new slide-seat innovation, Aune and Hutchinson decided to launch Whitehall Rowing and Sail as an official company in Victoria after realizing there would be a market for exercise boats.

Whitehall has shipped boats to over 55 countries over the company’s 34-year existence, and Aune estimates that 80% of their overall business is done internationally.

The pandemic also did little to slow down their momentum.

Keeping up with trends

The hardest part of growing the business, however, has been finding a stable location in the city. Today, Whitehall is located on Dallas Road but has moved four times before to accommodate demand.

“We’ve never had a good piece of property of our own,” Aune says, admitting that a longing desire to voyage around the world kept him from purchasing a property in Victoria during Whitehall’s inception.

“It’s still holding us back, we’re totally out of space, and I’m looking around Victoria, and it’s pretty plugged.”

Despite the location struggles, Aune credits a lack of debt as a reason why they have been able to stay in business for so long.

Currently, he employs a team of 15, and he believes staying on top of trends is crucial to evolving his business—including a recent hot topic for paddling enthusiasts, the stand-up paddle board.

Whitehall manufactures three styles of boats: classic rowboats with and without slide seats, lightweight thermoform models, and the OarBoard—a combination between a rowboat and stand-up paddle board.

Looking at the growing popularity of stand-up paddle boards, Aune was fixated with how they could—once again—create an innovative product.

At first, Aune and his team tried placing slide seats on a stand-up paddle board, but realized the paddler’s weight and back-and-forth movement jerked the board up and down too much on the water.

The puzzle confounded Aure, but a book from his past helped crack the code.

“I remembered reading in 1988 about the Germans developing a sliding rigger technology,” Aune said.

The memory helped his contractors devise a plan that allowed for the carriage to slide on a track and form the Oar Board.

“What we got with the Oar Board is a very unique take on rowing, and our goal is to introduce rowing to the masses,” Aune says.

Whitehall runs a community rowing club in Victoria and Oak Bay, and is focused on improving the local side of their business even more in the future. Aune looks up to Robinson’s Outdoor store as a business that’s established a strong local presence, and he would like to gain a similar following in Victoria.

As an entrepreneur, Aune finds it exciting to look for potential buildings to house his still-growing business, but no move is in the works yet.

He expects the record-breaking pandemic interest to eventually go down, but is also eager to stay on top of the recent trends and—like his father did so many years ago—share his love of the water by crafting new boats for young outdoor adventurers.

Perhaps Aune’s lifelong love of the water can be summed up in a single sentence.

Harold Aune: It might need a better understanding of the benefits of manufacturing, because we seem to focus on living space for people—retired folk, whatever—it’s a real estate-based economy, but I think it’s very healthy to have some manufacturing [locations].

Aune: We’re pretty spread out, been doing it for a long time, the business doesn’t worry me but I’ve always got an ear to the ground for the economy.

Aune: The potential for bringing something new into the planet that’s quite big. Getting people rowing on the water in a non-polluting, healthy way.

Aune: One of my mentors in the early days was Blayney Scott, he runs a company called Scott Plastics [now called Scotty Manufacturing]. They've moved to Sidney, but I’ve always enjoyed their model of efficiency and quality.

Aune: I think there’s a good future right now in electric bicycles, maybe an electric bike shop would be interesting. Personally, though, I would probably head off and go sailing.

Aune: $10,000, hmm. That’s almost the price of one of our Whitehall Spirit Solo 14’s. It’s hard to think, but that would be the price of a really great party. $10,000, we go through that before noon every day now, which is a new thing and kind of exciting, but it also has its thrills and chills.

Aune: I guess the same old thing. If you can stay in the present as much as possible as you live, that keeps [negative] thoughts at bay. Living in the present, dealing with what’s coming up, working on whatever needs to be worked on. Believe me, there’s a lot to work on, because if you’re a small business you’re going to wear a lot of hats. From my side, engineering right down to marketing.

What, if at all, did you learn from the pandemic about your business?

Aune: We have had tremendous success. One of the things is we’ve been shut down a couple of times because of moving, and that’s one of the reasons why we aren’t a lot bigger. We were behind Capital Iron starting out, we had to lease property there, and that got shut down because of some pollution problems with the land and we had to move. That cost us big and was in 1995. Then we relocated down to Harbour Road, and we were just getting rolling and we were forced to move about a year before we should have.

Then we had to move into an expensive building in Esquimalt, and that set us back. We had a five-year lease to endure before we could get out of there to where we are now. The hardest thing has been being able to put up with not having a firm base.

What do you wish you knew before starting Whitehall Rowing and Sail?

Aune: I guess there’s lots of things. It would have been nice to have a really firm grasp on the banking system. I’ve got a pretty firm grasp on it now.

To stay in business this long you learn everything. I’m pretty confident in reading balance sheets, writing business plans, and doing all that. But I didn’t know how to do that 30 years ago. Now, of course, you can go online to get an outline and fill it in.