April 23, 2021
Get the news and events in Victoria, in your inbox every morning.
Thank you! Your submission has been received!
Oops! Something went wrong while submitting the form. 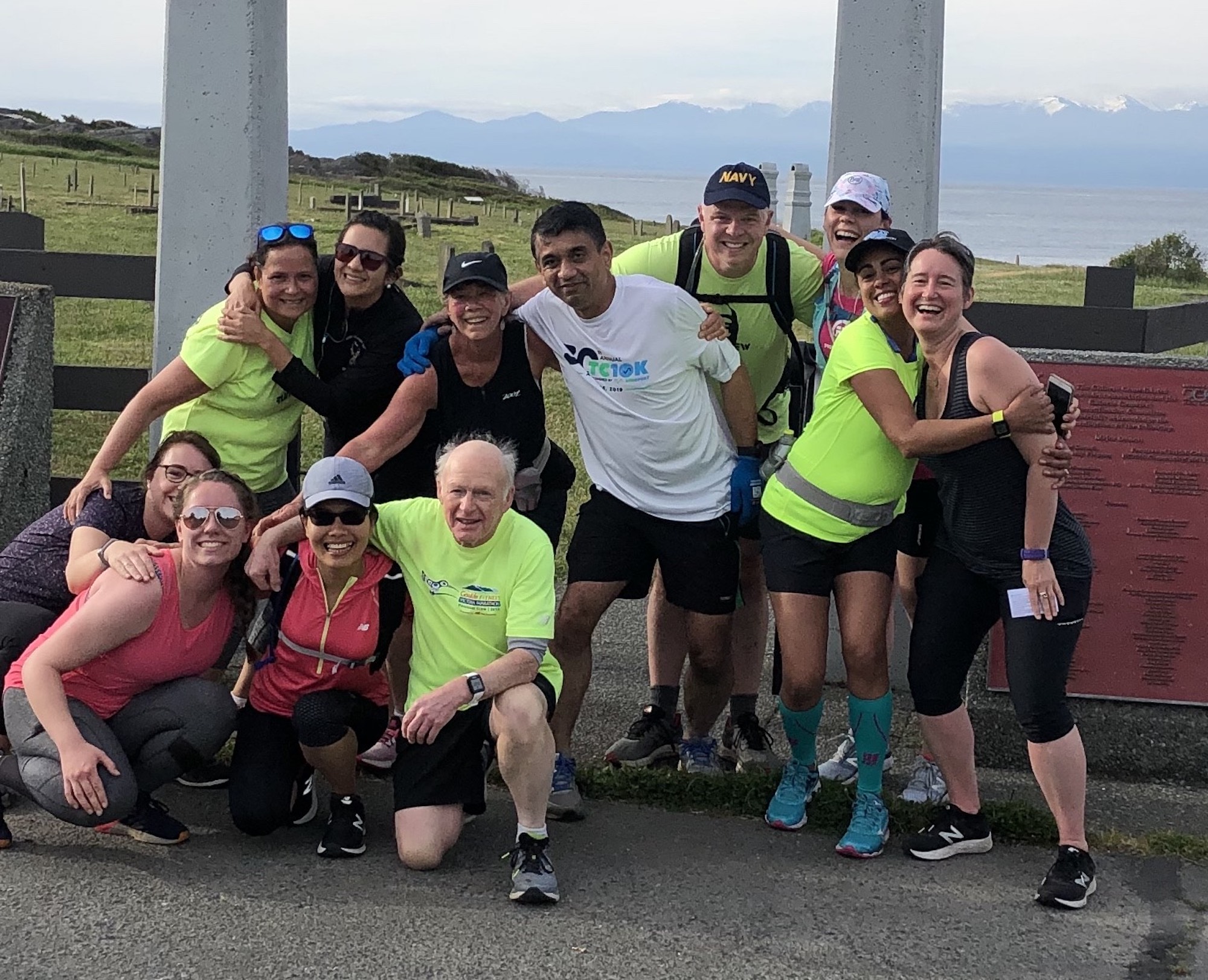 The past year of the pandemic has felt like a marathon with an ever-receding finish line. But as we near the end, one local 81-year-old is looking to give back to the frontline workers who helped him through his darkest days of battling COVID-19—by running a half marathon of his own.

Along with friends in the Frontrunners running clinic, Keith Ashton is set to run a half marathon on May 1 to raise funds for the Victoria Hospitals Foundation after spending time last year receiving treatment for COVID-19 at Royal Jubilee Hospital.

“It's just a way of giving a little bit back and recognition for all the care that they gave me,” Ashton said.

The group has called their unofficial race “Run with the Rabbit.” It’s named after Ashton’s nickname, “the Rabbit,” which he received in his early days with the running clinic after excitedly starting runs faster than the group’s pace.

These days, after five years with the running clinic, he’s learned important lessons about distance running that are critical skills to managing the pandemic as well—patience, resilience, and finding support in the community. In 2019, he completed his first marathon alongside the Frontrunners team.

For Ashton, the community he’s found through Frontrunners has been pivotal to the success of his half marathon.

“I run a lot better when I have people around me,” he said.

It’s been a long road to the race day, and one that hasn’t been easy.

In March 2020, Ashton was among the first people in BC to test positive for COVID-19, after finding himself aboard a plane full of dentists from the now-infamous dentistry conference in Vancouver. He stayed in Royal Jubilee Hospital’s High Acuity Unit, and received treatment from a team of doctors and nurses he calls “absolutely wonderful.”

Two of his doctors were runners, and he knew they could tell that behind each question he had about his health—whether that be about blood count or respiratory function—was Ashton’s concerns about whether he would be able to go home and start running again.

“They knew what was inherent in the questions,” he said. “So one of the last things that they said to me when I left was, ‘You get out there and get on running as soon as you can.’”

Inspired by the compassionate care he’d received, Ashton was eager to find a way to give back to the hospital after he was released. It was then he decided to put his passion to use, and run a marathon to raise money for the High Acuity Unit at Royal Jubilee.

Ashton was advised to start slow in his training. Three weeks after he was released, he began by alternating between walking a block and running a block on his route. From there, he worked his stamina back up—running a few blocks, walking for a few, and then back to running.

However, Ashton hit another roadblock last November, when complications led to another hospitalization and two stents placed in his heart. He was advised to run a half marathon instead of the full length he’d planned, and has been training hard to make it happen.

“Keith has turned a time of unknown and fear to a time of creating hope and community,” Connie Robertson said. “What he has shown is resilience, and he brings people together.”

Robertson, a friend of Ashton’s and a member of his running clinic, invited Ashton to workout alongside her with her trainer at the start of this year to prepare for the half marathon. The pair ran alongside each other in the 2019 marathon, and Ashton says he wouldn’t have it any other way for this upcoming race.

Ashton is grateful to have this opportunity to give back with friends by his side—particularly after all of the challenges of the last year.

“I really want to complete [the race]  because it will tell me that what the doctors told me is absolutely correct—it means that I'm well on the way to get my running back,” he says. “I just hope that the money I raise is going to be of great value to the High Acuity Unit.”

Ahead of the race, supporters have donated more than $2,000 to Ashton’s fundraiser for the Victoria Hospitals Foundation. By the time he crosses the finish line at the Terry Fox statue on Dallas Road, he hopes to raise $8,000 in donations—his way of showing his gratitude for the staff of Royal Jubilee Hospital.

“If you reach the octogenarian level, it's no good sitting back and propping your feet up,” Ashton, who will celebrate his 82nd birthday in May, says. “If I've done anything to inspire people to get up off the Chesterfield, and get out and walk and run, then they will be all the better for it.”