September 3, 2021
Get the news and events in Victoria, in your inbox every morning.
Thank you! Your submission has been received!
Oops! Something went wrong while submitting the form. 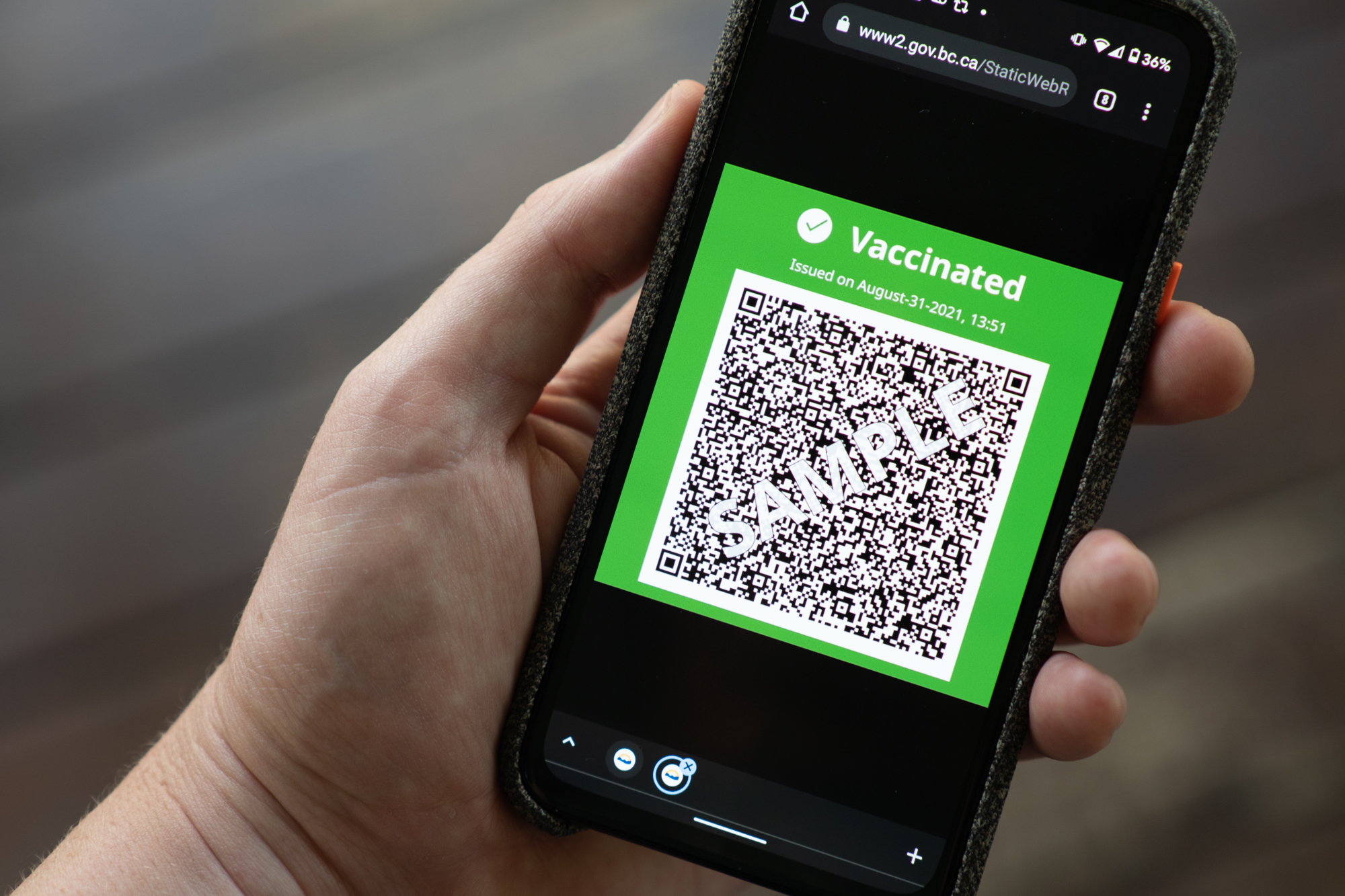 We have received a lot of correspondence from readers with questions about the vaccine card—some have heard things that are false, while others are unclear on things that have genuinely not yet been made clear by the province.

Let’s start with the obvious: this is an unprecedented ask. Yes, driver’s licences are already required to drive and you need to show ID to go to a bar. But this is the first time in BC’s history that a specific vaccination has been required just to get a meal in a restaurant or go to the gym. But the SARS-CoV-2 virus is also unprecedented, spreading through the air and causing a merciless illness that has already killed more than 1,800 people in BC alone. The Delta variant that has become dominant in BC is even more contagious and may cause more severe illness.

This explainer won’t go into the effectiveness of the vaccines except to say they have been shown to reduce the spread of the virus (on top of their effectiveness in drastically reducing the severity of illness), and that’s what this public health order is about. For more information on the vaccines, please consult the BC Centre for Disease Control.

Who will need the vaccine card (or “vaccine passport”)?

The province says as of Sept. 13, anyone who wants to access the following places will need to show proof they have been vaccinated:

Anyone 12 and older will need the card.

On Sept. 2, the province also announced fast-food restaurants would be exempt from the requirement. It has defined "fast food" as food courts, grab-and-go, drive thru, and cafeterias at universities.

There will be both a downloadable QR code and a paper option. The website to register for a QR code is up and running—you need to log in with your Personal Health Number, date of birth, and the date on which you received your first or second dose. The government says the QR code will not be connected to other personal health information. Until Sept. 26, the end of the "transition period," you will be able to show other proof of vaccination, such as the immunization record received at the clinic.

Business owners and event organizers will have access to their own app through which they can scan and verify individuals’ QR codes. Businesses can also simply do a visual check, like they would for IDs at liquor stores, to verify customers’ proof of vaccination status.

Why is this happening?

Indoor gatherings have proven to be the most reliable sources of transmission for the virus. While earlier in the pandemic—before vaccines were developed—business and school closures were seen as the answer to avoiding that transmission, vaccines have now become the most likely means of preventing serious illness and death. But COVID-19 is still circulating widely; case numbers are trending toward highs not seen since the third wave, primarily among unvaccinated people.

With about a quarter of the populations of BC and Vancouver Island still not having received a single shot, the requirement to show proof of vaccination is being used as both an incentive to get vaccinated and a means of protecting against spread among people who choose not to. People who are double vaccinated are also not fully immune, meaning that although they have a lower risk of serious illness and a lower risk of catching and transmitting the virus, they can still do both of those things. Being in close quarters with people who are not vaccinated increases the risk for all parties.

Who will enforce it?

Individuals who defy the provincial health order instating the vaccine mandate can be issued a violation ticket of up to $575. Businesses or event organizers who refuse to ask their customers for proof of vaccination can be fined $2,300. Police officers, community safety units, and conservation officers are among authorities that can issue these fines.

Bar and restaurant owners have expressed trepidation about asking their staff—often young women who work as hostesses—to enforce the contentious order. The BC Restaurant and Foodservices Association, afraid of blowback and a drain on resources, is asking the provincial government to provide funding or other enforcement support.

Is this a violation of human rights legislation?

Not according to legal expert Donna Greschner, a professor emerita in the UVic Faculty of Law. There are two relevant pieces of legislation, she explains: the BC Human Rights Code, which says that an employer can’t discriminate on the basis of age, sex, disability, etc. “An employer's always been able to say, ‘I want all my employees vaccinated against polio,’ for instance,” she says. The other legislation is the Canadian Charter of Rights and Freedoms, which includes the provision that rights are subject to limitations. “In a situation like this, where a potentially deadly virus is spread by unvaccinated people, to impose limits on those individuals would certainly qualify as a reasonable limit.”

How long will this last?

The province says the card will be in place until January—but this could be extended depending on need. Israel’s “green pass” was in place shortly after vaccines were widely available there. After being discontinued, it has now been reinstated, and this week the Israeli government announced there will be a requirement for a booster shot six months after the original pass was issued.
‍
Once the vaccine card is fully implemented as of Oct. 24, the province hopes to be able to lift capacity limits at restaurants and indoor events if COVID-19 transmission rates go down.

How can I get vaccinated?

You can register here, or visit one of the drop-in vaccine clinics being offered across Vancouver Island.