October 14, 2022
Get the news and events in Victoria, in your inbox every morning.
Thank you! Your submission has been received!
Oops! Something went wrong while submitting the form. 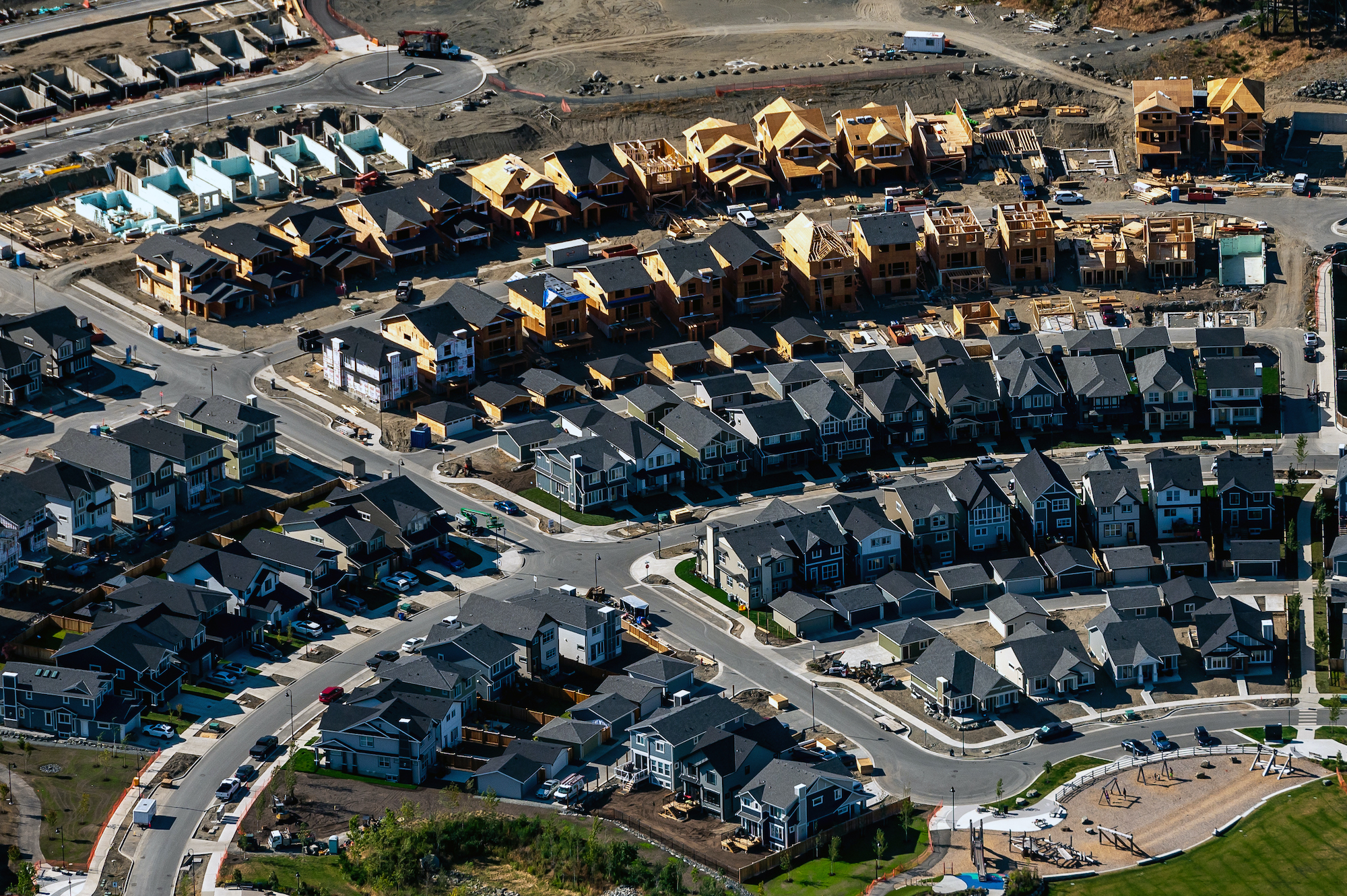 There will be plenty of issues vying for attention after this weekend’s election, when mayors and municipal councillors get to the business of governing. But one issue has been dominating election campaigns across the region: housing.

Housing affordability remains a real challenge in Greater Victoria, where the average sale price of a single-family home was $1.2 million in September, according to the Victoria Real Estate Board. About 30% of Greater Victoria residents rent their homes and face the fifth-most expensive Canadian market, according to a September report from Rentals.ca. The average one-bedroom apartment in the region rented for $2,098 in August, while two-bedrooms rented for an average of $2,871—the third most expensive out of 35 Canadian regions.

Lack of affordable housing is a contributing factor in the tight local labour market and has even made it difficult to attract and retain healthcare workers, an issue several municipal candidates are proposing to tackle in their platforms.

The overwhelming majority of municipal candidates who responded to Capital Daily’s candidate survey agree that there is a housing supply shortage in their community—just 15 of 121 respondents said “No” or provided no answer. In five municipalities—Central Saanich, Esquimalt, Oak Bay, Saanich and Sidney—every candidate running who filled out our survey answered “Yes” to the housing supply shortage question.

Almost every mayoral candidate agreed there is not enough housing available in the community they hope to lead.

Not every municipality had as much consensus on the issue; nearly half of the nine Metchosin candidates we heard from said housing supply is not an issue in their community, where the question of how to handle housing needs—including whether to allow tiny homes and RVs on residential properties as a form of secondary housing—has been hotly debated.

Mayor John Ranns, who is not seeking re-election, believes more housing development is not compatible with Metchosin’s rural vibe. Both candidates running to replace him—Councillors Marie-Térèse Little and Kyara Kahakauwila—agree that housing supply is an issue but neither thinks densification is an appropriate solution.

For Kahakauwila, fixing the housing crisis locally will involve working with Capital Regional District counterparts “to create housing solutions in appropriate areas that are closer to services and amenities” while protecting greenspace, according to her survey response. Kahakauwila told The Westshore reporter Zoë Ducklow she is “aligned with Mayor Ranns” when it comes to preserving Metchosin’s rural character.

Little, who said she met with former housing minister (now NDP leadership candidate) David Eby in August, wants to see Metchosin work with the province on “innovative solutions” to the housing crisis. Like Kahakauwila, Little sees room for more housing in “some areas in Metchosin that are already zoned for multiple families or dwellings”

However, “paving over land that is … classified as Agriculture Land Reserve (ALR), would not be wise,” Little said in her response to the Capital Daily survey.

“Other farmlands, greenspaces, or buffer zones that are not classified as ALR land would still be protected from large scale development for housing options,” Little said.

She told The Westshore Metchosin has “has been quite progressive in its housing challenges” and most residents she has heard from are happy with the way development is being managed in the municipality.

The question of whether increasing density would help address affordability and liveability in the region—as well as moving municipalities closer to their climate and transportation goals—was more divisive. Thirty-four candidates said more densification is not a solution, including 22 who agreed their community needs more housing.

In Saanich, where a missing middle housing policy is set to come before the new mayor and council by the end of the year, every candidate agreed that densification is at least part of the solution. In Victoria, where the controversial Missing Middle Housing Initiative for broad densification was punted to the incoming council to decide, nine candidates don’t see densification as a solution.

Many of these candidates emphasized the role of the provincial and federal governments in supporting housing construction and several proposed incentivizing existing homeowners to create affordable rental housing.

Like Little and Kahakauwila, the Victoria council candidates who are doubtful about density on a broad scale do see room for more housing in some parts of the city, such as major arterials and areas already zoned for higher density, provided the character of existing neighbourhoods is protected. Concern for neighbourhood character was a frequent refrain during Victoria's public hearing on MMHI; the sentiment also cropped up when Saanich council was considering upzoning options for Cadboro Bay this summer and during Sooke and Central Saanich’s reviews of their official community plans.

The two highest profile mayoral candidates in Victoria—Couns. Marianne Alto and Stephen Andrew—differ on how MMHI should be handled by the city’s new council. Failing to pass the housing proposal was a missed opportunity, according to Alto, while Andrew views the policy’s divisiveness as an indication it needs more work before council can pass it.

Both mayoral hopefuls agree that housing supply is an issue and that density is a key part of the solution but they differ when it comes to how densification should be handled.

Andrew’s housing platform focuses on improving the city’s land use permitting process by removing bureaucratic barriers to speed up approvals. As mayor, Andrew proposes to roll out a “Build Victoria Plan” that would allow duplexes on all single-family lots with secondary suites as an option for all duplex housing. The plan would “focus densification efforts on arterial and collector roads to promote townhouses, stacked townhouses, and low-rise developments.” It would also include protections for renters facing displacement due to redevelopment, plus incentives for below-market and family-oriented housing development.

Alto’s housing platform focuses on ramping up Victoria’s existing housing strategies and making more space for residential development by creating a community land bank program (which would see the city buy properties for affordable housing development), and converting commercial properties into housing. Incentivizing purpose-built rental and affordable housing developments are also a priority for Alto, who proposes protecting renters by offering incentives to developers who minimize displacement of existing tenants.

Both candidates propose offering a “property tax holiday” for some types of housing development: affordable housing in Andrew’s case; heritage restoration, purpose-built rentals, and non-profit and co-operative housing in Alto’s.

While they may not be precisely on the same page, both Andrew and Alto have committed to work with community coalition Greater Victoria Acting Together (GVAT) on to realize its municipal housing platform, which prioritizes providing housing for homeless people, building thousands of units of affordable, climate-friendly non-profit housing and protecting renters while increasing rental housing stock.

Alto and Andrew both promised to meet with GVAT within 100 days of becoming mayor during an event at Christ Church Cathedral on Oct. 2. Over 300 people attended the event with dozens more tuning in via livestream.

Every other mayoral candidate running in Saanich and Esquimalt, as well as acclaimed Oak Bay Mayor Kevin Murdoch, have also signed on to work with GVAT.

Whatever the results of this election, expect housing to remain a hot topic across Greater Victoria—one that municipal council newcomers and re-elected incumbents alike will have to continue to grapple with. Councils will also likely have to contend with new provincial parameters on housing development as Eby is promising to make big changes to the way housing is built in BC if he becomes the province’s next premier.

The former housing minister’s housing platform includes setting minimum residential construction benchmarks based on municipal housing needs assessment reports—with the promise of “provincial intervention” for those who do not comply—allowing modest upzoning of single-family home zoning in major cities, legalizing secondary suites across BC and a significant boost in support for non-profit housing development. 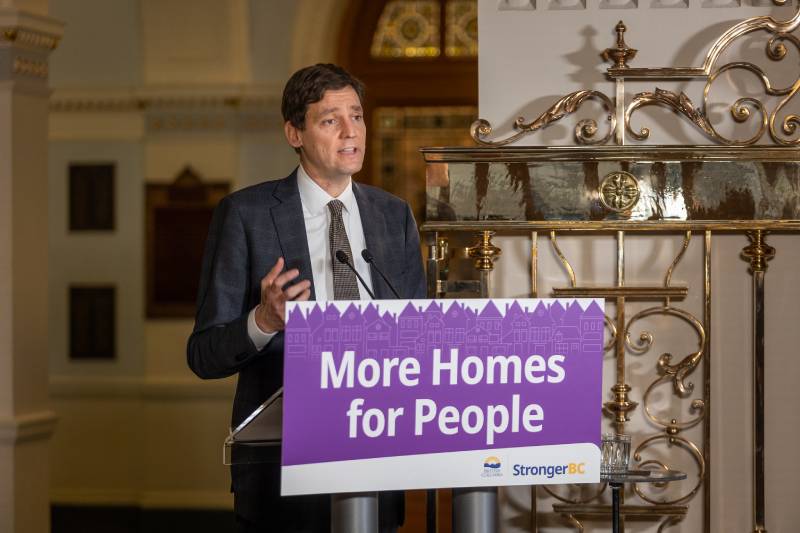 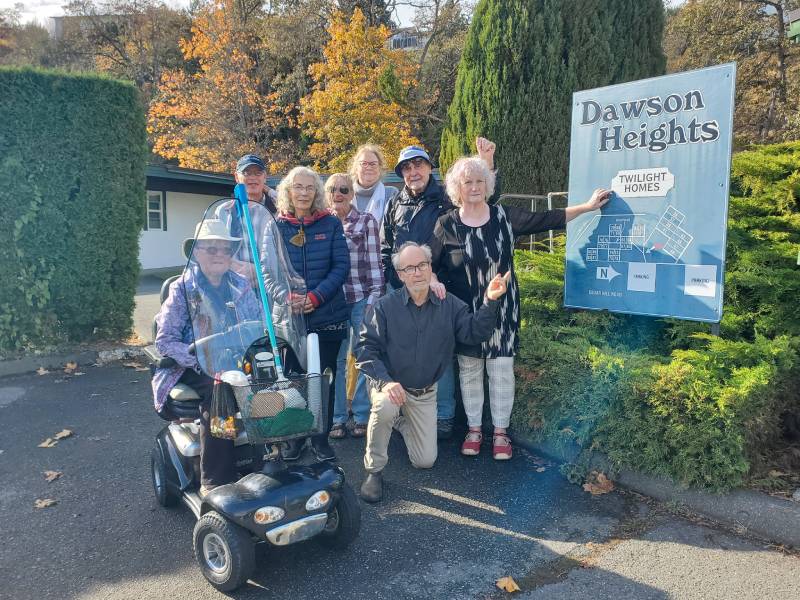 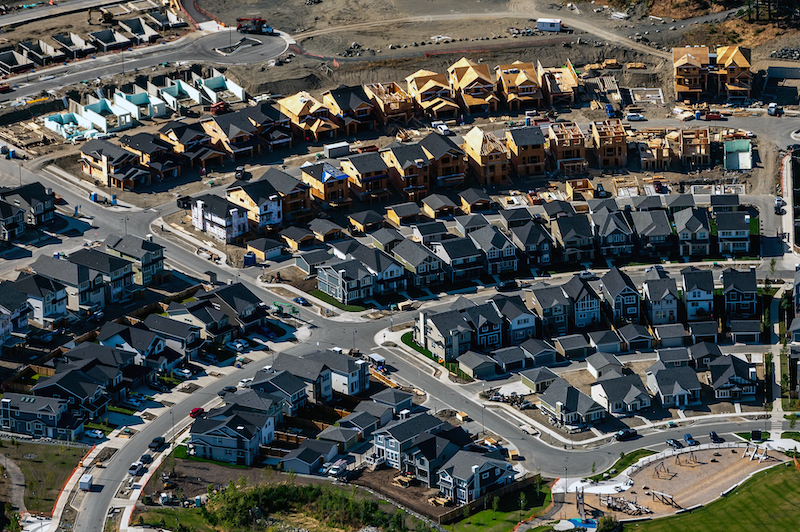