A masked Premier John Horgan delivers remarks earlier this month regarding BC's fall pandemic preparedness. To his right is Provincial Health Officer Bonnie Henry, and at his left is Minister of Health Adrian Dix (BC Ministry of Health).
COVID-19 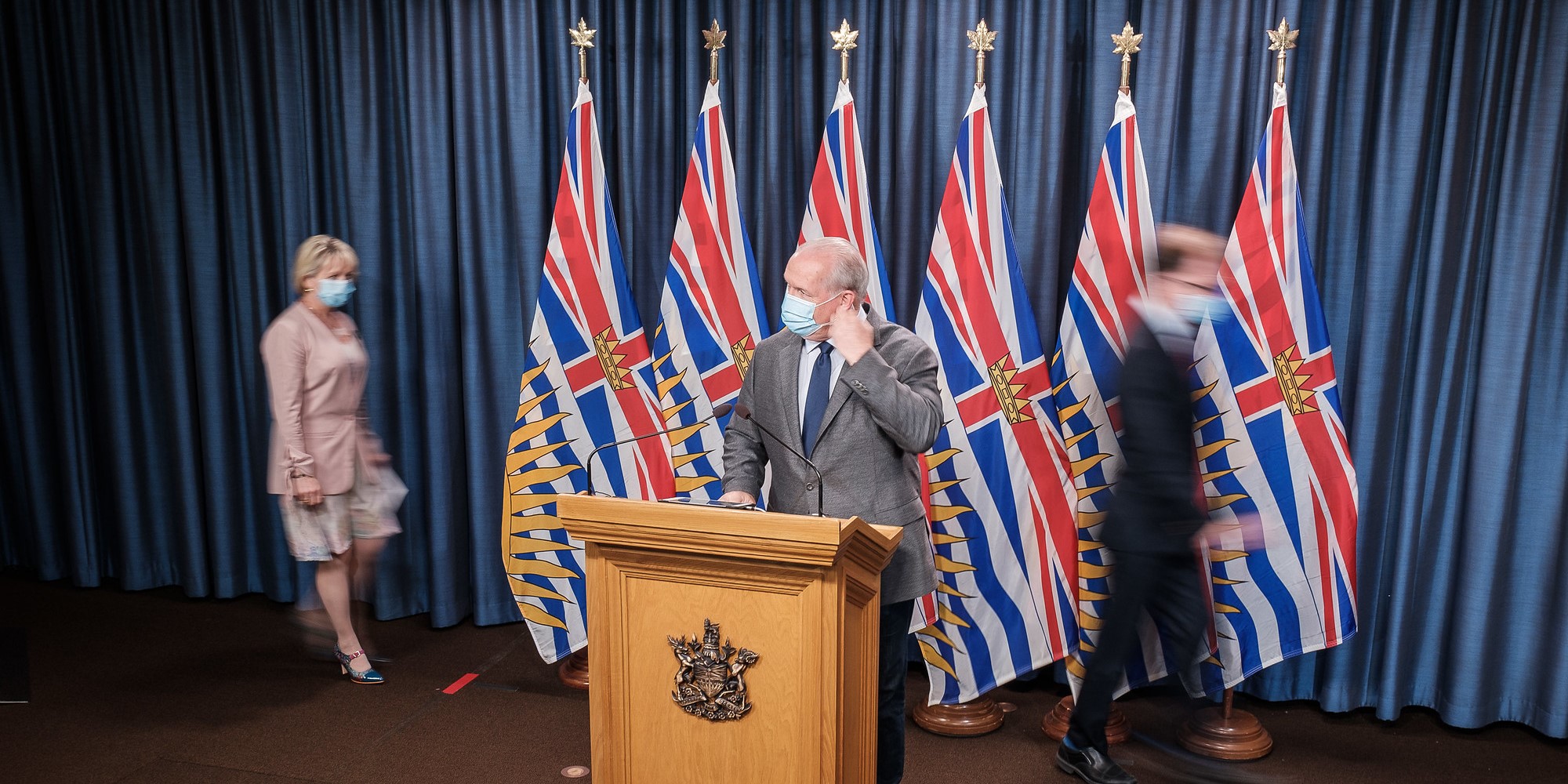 A masked Premier John Horgan delivers remarks earlier this month regarding BC's fall pandemic preparedness. To his right is Provincial Health Officer Bonnie Henry, and at his left is Minister of Health Adrian Dix (BC Ministry of Health).

As covered previously by Capital Daily, in BC the victims of the COVID-19 pandemic have disproportionately consisted of people who did not die of the virus. While the province has successfully kept its coronavirus deaths to a mere 223 as of this writing, the same period has been accompanied by surges in deaths from overdoses, heart disease and self-harm, among others. Below, our data analyst Snejana Vorona parsed the last year of mortality figures to show that while we've lost an awful lot of British Columbians during this pandemic, only a fraction of them have been taken by COVID-19.

The most surprising thing about the chart above is the dramatic spike in deaths that occurred in the first week after COVID-19 lockdowns were announced. The week of March 21, more than a hundred British Columbians died beyond what would have been typical. The most well-documented cause of this was a hesitancy by British Columbians to use the healthcare system. With everyone strenuously trying to avoid hospitals for fear of contracting COVID-19, a number of people were killed by otherwise-preventable heart attacks. The spike in excess deaths has calmed throughout the summer, but we are still losing many more people per week than should have been expected. Among other contributors, a near-doubling of overdose deaths as compared to this period last year is undoubtedly having an effect.

Vancouver Island, of course, has received a light touch from COVID-19, both in its direct effects and its peripheral consequences. The chart above shows that COVID-19 has constituted only a tiny sliver of the Islanders dying in 2020. And, unlike BC more generally, in May we were actually able to see a period in which our total deaths dipped below what would have been typical. This could have been a coincidence, or a reflection of the fact that Vancouver Islanders in May were doing much less of the things that often get them killed at that time of year: Driving, swimming, boating or getting lost in the woods.

This chart illustrates the relative impact of COVID-19 in BC. While other jurisdictions, particularly in the United States, have seen the disease leap ahead as a leading cause of death, in BC even COVID-19's worst month didn't see it holding a candle to the usual killers such as heart disease and even other respiratory diseases. Another thing to note is the sharp dropoff in accident deaths in BC for 2020. Keeping an entire population indoors has been devastating for all manner of health indicators, but it's predictably slashed the number of road fatalities and workplace deaths.