October 17, 2020
Get the news and events in Victoria, in your inbox every morning.
Thank you! Your submission has been received!
Oops! Something went wrong while submitting the form. 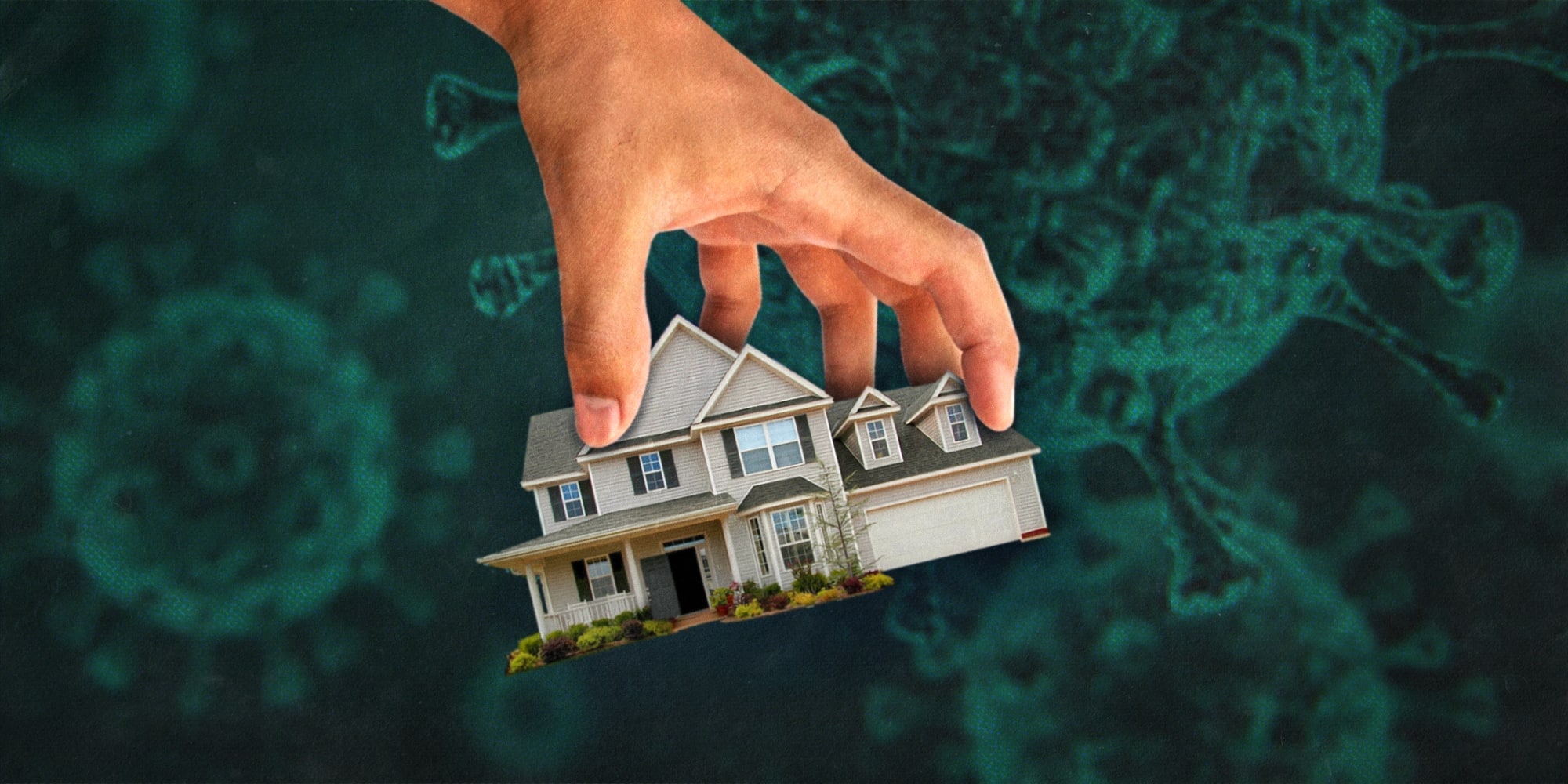 On September 2, Tyrone Lehmkuhl returned from an errand and found an eviction notice affixed to the front door of his Fairfield apartment. His landlord—a Vancouver real-estate investment firm called Headwater Projects—had wasted no time in issuing it: Lehmkuhl’s rent was one day overdue, he had outstanding rent from previous months, and the province’s moratorium on evictions for non-payment had just expired. Lehmkuhl had five days to either pay September’s rent (under provincial mandate, he could pay the rest of what he owed incrementally) or dispute the eviction.

Lehmkuhl’s job as an auditor and night manager for a youth hostel had disappeared in the early days of the pandemic. Although he’d previously held a wide range of jobs—from event coordinator to constituency assistant for a member of parliament—he was unable to find a new one in the midst of the public health crisis. Without family to bail him out, Lehmkuhl, 33, had fallen behind on his rent by several months and had not been able to catch up. Now, he had either to find money he didn’t have or be out within 10 days.

While a series of government benefits and renter protections has thus far insulated many low and middle income British Columbians from the most dire financial effects of the COVID-19 lockdowns, many of those programs have recently come to an end. For the people they were intended to help, the worst of this pandemic may just be starting.

The year before COVID-19 lockdowns hit, the province’s unemployment rate had never risen above 5 percent. It jumped significantly after the lockdowns began in March, reaching its peak—13.4%—in May. Early on, in response to the growing unemployment crisis, the province provided a one-time $1,000 tax-free Emergency Benefit for Workers, prohibited landlords from increasing rent, banned evictions for non-payment, and provided a Temporary Rental Supplement (TRS) — $300 for individuals; $500 for families — directly to landlords on behalf of people who’d lost income due to the pandemic. “Nobody should lose their home as a result of COVID-19,” Premier John Horgan said on March 25, announcing some of the measures.

But the province’s protections didn’t end up extending to everyone who needed them. “I wasn’t approved for the $1,000 emergency workers’ benefit, because I didn’t have BC ID,” says Lehmkuhl, who moved to Victoria from Ottawa in 2018. He says the steps involved in trying to get the benefit without provincial ID were so convoluted and time consuming that he gave up.

If someone who used to work in constituency affairs couldn’t avail himself of a provincial benefit because of “administrative bureaucratic issues,” Lehmkuhl wonders who else was left behind. “If you're someone who doesn't speak English, if you don't have Internet access, if you're new to this country so you don't have the requisite ID, you have been thrown completely to the bus,” he says.

Lehmkuhl also had problems receiving federal assistance. He says that outstanding student loans made him ineligible for direct deposit of the $2,000 monthly Canada Emergency Response Benefit (CERB), and that the cheques arrived long after his rent was due. By the time BC lifted the moratorium on evictions, he had missed rent for June, July, and August and was $3,405 in arrears.

Other tenants in BC experienced “technicalities and bureaucratic hold-ups” with the province’s Temporary Rental Supplement, according to a report the Vancouver Tenants Union (VTU) released in August.

But even those who received government benefits in a timely manner may now be left in the lurch, as the pandemic has outlived the province’s protections.

On August 31— less than two weeks after announcing it was lifting the moratorium on evictions for non-payment—BC ended its TRS program, which had provided assistance to 86,000 households. Since September, tenants who fail to pay each month’s rent in full can once again face eviction. At the start of October, tenants became accountable for rent they were unable to pay between March 18 and August 17, through a six-month repayment plan that landlords were required to provide over the summer. Although landlords are prohibited from raising rents until December, the repayment plans can add significantly to the amount that people must allocate toward rent each month. The repayment plan Headwater offered Lehmkuhl, for example, adds an additional $340.50 to his rent every month from October until July — hiking his payments by nearly 25%.

As evictions resumed in September for those who fell short of that month’s full rent, more than two million people in the province were still out of work. The unemployment rate, though it had been decreasing since May, was still twice its pre-pandemic rate. Meanwhile, the federal government had just ended CERB and rising COVID-19 cases were hampering economic recovery.

To tenant advocates, the decision to end protections for renters during an ongoing public health crisis seemed particularly ill-timed, even more so given the pre-existing unaffordable state of the housing market.

Thirty-two percent of the 400 tenants who were surveyed for VTU’s August report said they’d had “to borrow, use credit, or dip into savings in order to maintain rent payments” even with help from CERB and TRS, and 63% reported increased mental health issues, including anxiety and depression, related to “housing precarity.”

Prior to the pandemic, 21% of BC households were paying more than half their income in rent, according to the BC Non-Profit Housing Association’s Canadian Rental Housing Index. And a pre-pandemic survey that Victoria Tenant Action Group (VTAG) conducted of 500 tenants in Greater Victoria found affordability to be a “nearly unanimous barrier” to housing. Forty-seven percent of respondents said they were reluctant to ask for repairs or maintenance “because they were concerned this would impact their tenancy.” People in Greater Victoria were putting up with unsafe and unsanitary living conditions, says Gavin Torvik, VTAG’s director of membership, “because they were afraid of going out and facing the market.”

The Tenant Resource & Advisory Centre (TRAC), which provides legal representation and education to renters in BC, has called the repayment plan requirement “a massive violation” of Horgan’s promise that no one would lose their homes as a result of the pandemic.  In a written statement provided to Capital Daily, TRAC said, “We are concerned not just about how tenants are going to find new housing when many do not have the income to pay rent, but also about the effect that mass evictions will have on public health in the midst of a pandemic.”

It’s impossible to track the exact number of evictions in BC — there’s an official record only for those that are disputed — so there’s no way to know how many people have been evicted during the pandemic. But there’s no doubt it’s happening.

Hannah Mang-Wooley, a tenant legal advocate for Victoria’s Together Against Poverty Society (TAPS), says she began noticing a significant uptick of calls related to evictions in early September. “We’re still seeing a lot of people whose incomes are being affected by COVID-19,” she says. “People are in really bad circumstances, where they are accruing debt over the pandemic and still don’t have an income or their income is greatly reduced. At this point all of my time is going to eviction cases. Usually it’s 50% eviction, 50% other tenancy issues.”

Lehmkuhl was one of the callers Mang-Wooley spoke with in September. She says she was unable to offer him much hope because Headwater appeared to be acting within the scope of the law. Lehmkuhl decided to fight the eviction anyway. He has a hearing in front of the Residential Tenancy Branch on October 29.

If Lehmkuhl loses his home, he’s still legally obligated to pay Headwater the outstanding rent. And if he is somehow able to find new housing before he finds a job, he may be unable to scrounge up a new security deposit and pet deposit on top of the first month’s rent. At this point, he’s not clear on what Headwater’s argument is for eviction. (The agent who signed the eviction note did not return Capital Daily’s calls for comment.) He says he has scrambled together his rent— $1,435 for the one-bedroom he shares with his dog, Sagan—for both September and October and paid off some of the back rent he owes. He was able to do this, he says, because TAPS provided him with a one-time gift of $500 from its homelessness prevention fund, his last two CERB cheques arrived in August, and friends banded together to help him out. He’s also been skimping on food. “Yesterday, I had one meal for the day, which was just oatmeal and baked beans,” he said recently. “And then the day before that I only had half a banana.”