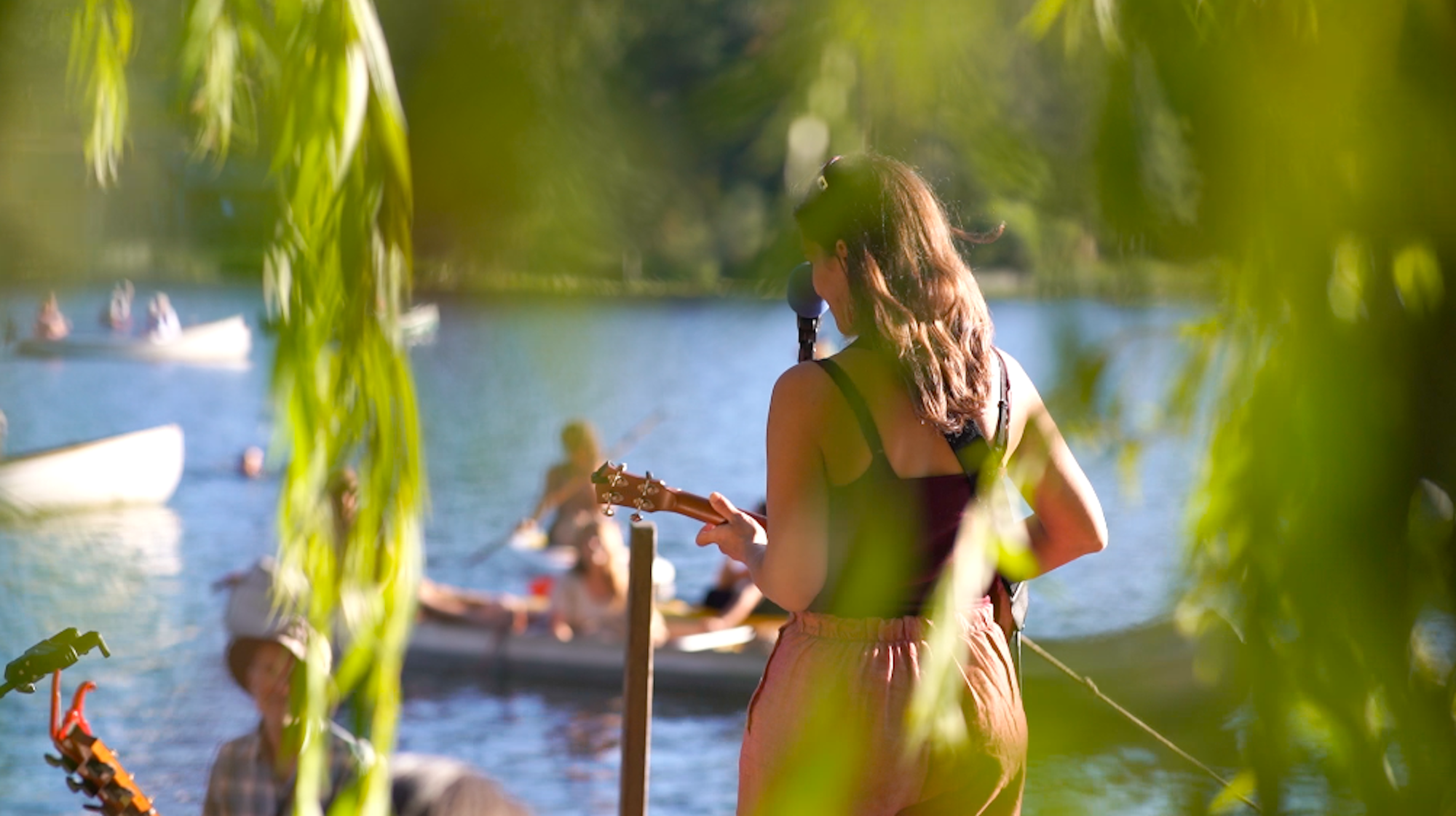 People from across Greater Victoria gathered on canoes, kayaks, and picnic blankets last night to enjoy live music echoing off the Gorge waterway. From a dock, musicians sang, strumed, and drummed to an audience that stretched from the waters around them to the grassy park beyond.

For the first time since COVID restrictions eased, community members spent an evening together enjoying the joy and energy of a concert set on the gorgeous backdrop of a warm summer night.

At the heart of this unique event—one of two Victoria-based concerts in a national series—was a cause many Indigenous people in BC have fought hard to defend.

“The idea is to have a concert on the water, and for the water, because the concerts in Victoria are fundraising for the West Moberly First Nations’ legal challenge against the Site C Dam,” said Kathryn Juricic, development coordinator for Respecting Aboriginal Values & Environmental Needs (RAVEN).

To fundraise for Indigenous legal defenses across Canada, RAVEN created the Festival Afloat summer concert series. The series premiered on Salt Spring Island on July 15, and came to Victoria’s Gorge Waterway (or Esquimalt-Gorge Park, for those listening from land) on July 22.

For those who missed the first Vancouver Island concert, there will be a second on July 29th from 6-8 pm in the same location.

For many involved in this concert series, there is a powerful message they hope to convey through the songs and stories shared with audiences about the importance of the West Moberly First Nations’ legal case.

In a letter to Premier John Horgan in January, Chief Roland Willson of the West Moberly First Nations wrote about the destructive impact of the dam—including 5,500 hectares of flooding, the destruction of habitats, fish poisoned by contaminants, and the desecration of sacred sites.

“The Crown has authorized so much industrial development in West Moberly’s traditional territory that we will lose any prospect of meaningfully exercising treaty rights if Site C is completed,” Willson wrote.

“An unnecessary and unsafe project cannot be a lawful reason to violate the rights of an Indigenous treaty partner.”

All ticket sales and donations raised through the concert will be used to support the First Nation’s legal fund, along with up to $10,000 of matched contributions from donors. At time of writing, RAVEN has raised nearly $600 of their $5,000 goal.

Campaigns like this are central to the work RAVEN does; currently, they are supporting nine First Nations with eight legal challenges.

“We're the only charity in so-called Canada that does this work,” said Juricic.

According to the musicians involved, this cause provided a key motivation to get involved with Festival Afloat.

“I think it's one of the most important causes that is going on regarding decolonization,” said Wes Carroll of Wes Carroll Confabulation, one of the groups that performed on the 22nd.

“I think that at this point it has to be all-hands-on-deck to try to stop extractivism at every point and have some real, thoughtful ways to transition to a post-carbon world.”

“I think the [venue] on the water will be perfect for the kind of music that I make, just because the acoustics will probably be incredible,” said Cara Bateman, a singer-songwriter who will perform on the 29th.

“I'm just really, really excited to be able to connect with people again with music because it's been a whole year of me just kind of playing by myself.”

Both Victoria concerts will open with a welcome from Brianna Dick, a local Songhees artist. ANSWER Drum Group, a Victoria-based group of Indigenous women who use their drumming to highlight and heal their colonial trauma, performed alongside the Wes Carroll Confabulation on the evening of the 22nd. On July 29th, audiences will hear more about the campaign to protect the Peace River along with a smooth, soulful serenade from Bateman.

After that, Festival Afloat will continue on to other cities across Canada, including Toronto and Montreal. RAVEN has extended an open invitation to all communities that want to host Festival Afloat—whether on the water or not—to sign up to get support hosting the series.

Ahead of the first night of the Victoria series, Juricic shared her excitement on the return of live fundraising concerts to the city.

“Community is part of our well being, and COVID has taken that away from us,” she said. “I'm so looking forward to the little butterflies and feelings that you get when you gather in the community, especially for a good cause... it's gonna be beautiful.”

From patient to provider: Stephanie Renaas’s journey to audiology

Pop-up community centre and 'lending hub' invites North Park residents to play, create in new plaza
Victoria-based Susan Sanford Blades's debut novel, Fake It So Real, earns awards and nominations
Artist captures everyday Victoria in forthcoming book
Starting over in a new city with new skills, thanks to a Victoria society for women with trauma
The end of the overdose crisis will take all of our collaboration—here’s how to get started
Fair hair: Community Salon’s ‘hair bank’ provides barrier-free haircuts to Victoria locals 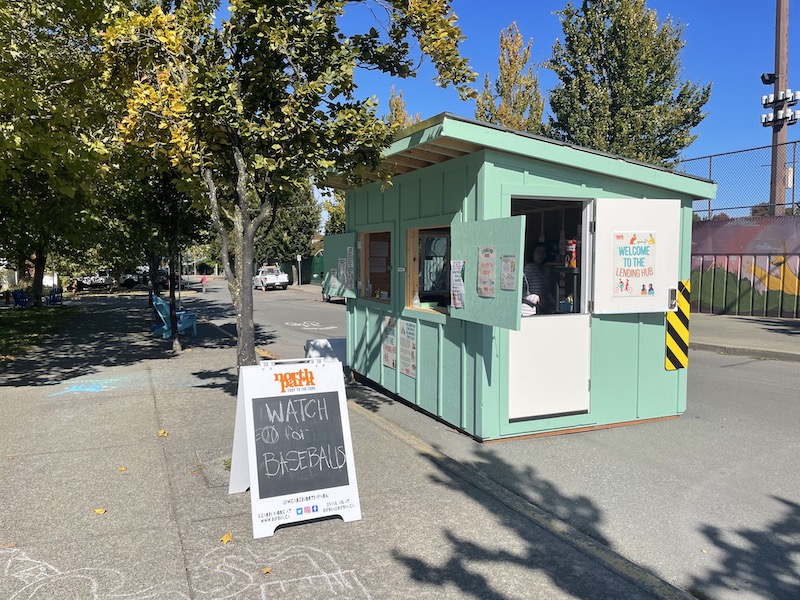 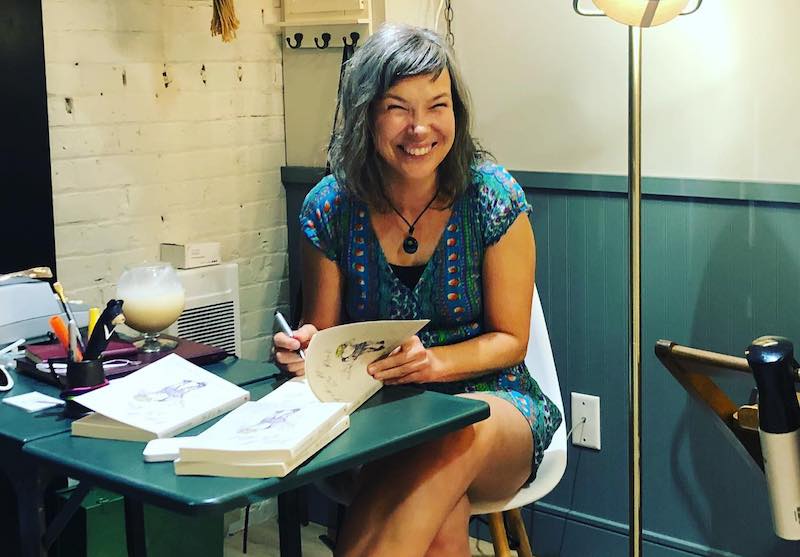 Victoria-based Susan Sanford Blades's debut novel, Fake It So Real, earns awards and nominations
The novel takes an authentic, Munro-esque look at the lives of a former punk rocker and her family 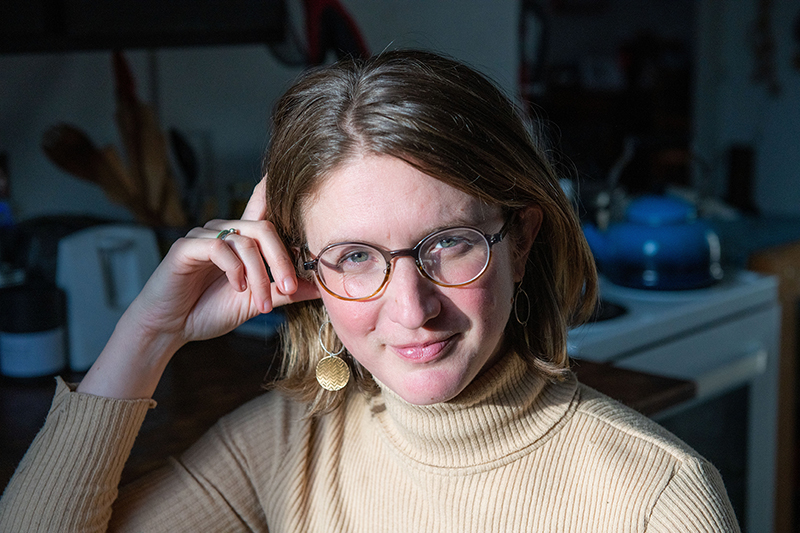 Artist captures everyday Victoria in forthcoming book
An exclusive peek into the story behind Hand Drawn Victoria
Have a tip?
Use our confidential inbox