June 5, 2021
Get the news and events in Victoria, in your inbox every morning.
Thank you! Your submission has been received!
Oops! Something went wrong while submitting the form. 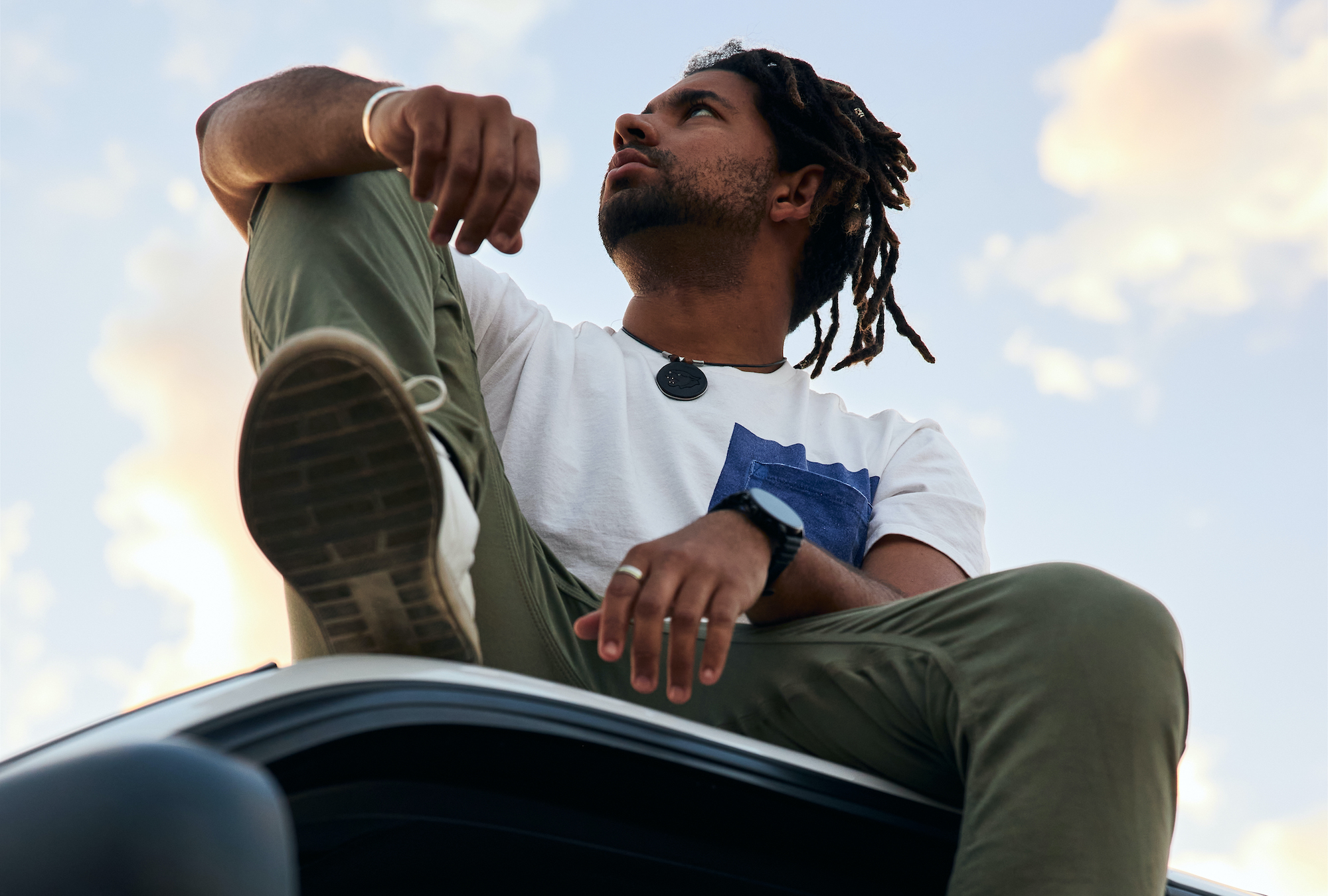 Nathan Smith fuels his passion for photography by working at a car dealership during the week. It’s his day job, but sometime soon he hopes to make his own personal business, N8 Images, a full-time gig.

It’s not uncommon for artists to work other jobs to sustain their creative passions.

In photography, especially, it can be hard to market your business to both individual consumers—who may believe their iPhone cameras take photos just as well as professional cameras—and businesses that have a plethora of photographers to choose from. Smith, himself, acknowledges that iPhones take pretty good photos, but they can’t do what he does.

Smith has successfully distinguished himself from aspiring photographers by a pledge to add diversity in the advertising industry.

Born in Toronto and raised in Jamaica, Smith moved to Victoria in 2014 and recognized that there was a lack of diversity in marketing—even though studies have shown that diversity in ads increases revenue.

In 2019, Google partnered with Ipsos and The Female Quotient, a US-based female-owned business pushing for equity, to survey roughly 3,000 American consumers of different backgrounds to gain a sense of their preferences in marketing.

64% of respondents said they took some sort of action, such as considering or buying something from a company, after seeing what they considered as an inclusive ad.

“So, I started looking around at various brands and one thing that I noticed was that for things like puffy jackets, usually the models are young, fit, white people.”

Today, Smith has worked with popular retail outlets including Lululemon, DUER, and Arc’Teryx. In total, working around his schedule at the car dealership, Smith estimates that he’ll work on six shoots a month.

Where Smith increases diversity is through his ties to the local BIPOC community. As he is responsible to find his own subjects to photograph after commissioning a shoot with a company, he’ll ask folks whether they want to be the models in marketing campaigns that were otherwise lacking in representation.

In his own search for a jacket, for example, he says the homogeneity among the models was a major turn-off.

“I ended up not buying a puffy jacket that year, I was like, ‘You know what, I don’t see anybody that looks like me, so whatever I’m not going to buy anything,’” Smith said.

“I just decided, then and there, that I need to increase representation—specifically as it pertains to outdoor spaces—but in advertising in general.”

After originally getting into photography on a backpacking trip in Europe in 2016, Smith had no idea that he would start his own business one day. He didn’t even know what he wanted to photograph.

He simply liked how taking pictures soothed his mind, and served as a creative outlet.

Returning to BC, Smith’s work took on a more serious tone after he was racially profiled by a pair of strangers downtown in December 2017. He went home to take a series of self portraits with the intention of sharing his story of the incident on social media. He soon wondered whether other members of visible minority groups in Victoria had similar bouts with racism.

“I just started approaching random POC’s [people of colour] and saying, ‘Hey, would you be comfortable talking about your experiences of racism with me and having me record it, share it in a blog format?’” he said.

Eventually, Smith found a title for the series: Profiling Black Excellence. After its success online, he looked for a physical space to display his work, and the series was featured in Fortune Gallery downtown in February 2019.

Last summer, following the murder of George Floyd and social justice movements, Smith said the social media following in the project quadrupled. With the renewed interest in the series, it was once again displayed in a gallery—this time for eight months from June 2020 to February 2021 at theDock coworking space.

“I love, more than anything, being around and interacting with people. That’s just how I was raised; I grew up in Kingston, Jamaica which is a really social city and I just like to interact.”

As a solo entrepreneur, Smith says the biggest challenges he’s had to overcome is the saturated industry and working out price points with companies.

“Some brands will approach me and say, ‘I have a budget for this much, but I need this much work done.’ That’s not really how it works anywhere else,” he said.

While there are standards and rates for commercial photography, it can be challenging for Smith when companies want to buy a specific number of images from a photographer with a set budget and not consider other factors that go into shoots such as paying models and finding locations.

“Companies nowadays, especially the larger ones, are like, ‘We want to buy three photos for $500 and that’s it,’ and I have to pay the model out of that money,” he said.

To overcome those instances, Smith says, for example, he’ll negotiate with companies to shoot three sets of three photos with a subject in different outerwear that he could accomplish in almost the same time—roughly two hours—and bring home additional money.

He isn’t sure when or if he’ll be able to quit his day job to pursue photography full-time, but Smith is enjoying the main reasons why he got into photography: telling human stories and highlighting diversity, especially within the past year when more and more companies have noticed his work and approached him as a way to shine a light on previously underrepresented folks.

“I want to show people that they look freaking awesome and should carry on looking freaking  awesome,” Smith said.

“I just want to provide another possible avenue for them to see that.”

Capital Daily: What does Victoria need to do to make it easier to run a business here?

Nathan Smith: Honestly, I would say, if this city had a better public transport infrastructure to make it easier for people to get around without necessarily needing a car that would help everybody. If everybody had an easier time getting around the city, everyone’s going to be happier and businesses are going to do better.

It’s that I will leave my day job to run just my business and I will tank. I think that’s probably everybody’s worst nightmare.

The possibility of being my own boss is, more than anything else, the most exciting.

What other local company, photographer, or business leader do you look to for guidance?

There is a photographer who’s actually not located in Victoria—he’s in Vancouver—his name is Ben Owens and he has a company called Ben Owens Photography.

I admire just that he’s really going for it, and he’s developed a style and a look that’s quite identifiable to him. He’s been able to work with many major brands consistently and is doing this full time.

I would run a business that imports Jamaican food or Caribbean food because there’s nowhere else to get much of it, and I miss it.

I would probably invest $10,000 in cryptocurrency. I have all of the equipment that I need to do my job well, and so the only thing I could use would be more capital, which I could make if I’m able to invest.

I see the awesome work that other photographers are doing around me, like particularly other Black photographers, and I want to keep doing and making work that inspires other people.

I’m going to hug my friends. I think that’s what everyone wants to do.

If we’re being completely honest, I haven’t done anything that I regret. I know that most people say they don’t regret their failures because it was an opportunity for them to learn, but I haven’t made any exceptionally poor choices that I really needed to learn the hard way from.

So, in that regard, everything that I’ve done so far, I’ve been able to do at a pace that’s sustainable and allows me to grow. For that reason, I haven’t had any failures per se. I guess you could say I’ve spent more on equipment than I have made each year in the last two years, but I was fully expecting those capital costs, that’s just an investment in the business I needed to make.

What do you wish you knew before starting N8 Images?

I wish I knew the value of my work when I had started, so I could have been always charging the appropriate amount before which I haven’t always done.